As part of “Operation Home Run,” 21 men were arrested and accused of trying to pay for sex. They are all charged with solicitation, a misdemeanor crime. Yost explained why these law enforcement agents put so much work and manpower into misdemeanor offenses: “A person who’s buying sex has no idea whether that person is voluntarily selling her own body or whether she was under duress, whether she’s being coerced, whether she is chained in drug addiction,” he said.

“Operation Triple Play” focused on a far more serious crime, soliciting sex with minors. Law enforcement officials said Thursday that 28 people were arrested during this four-day sting. They set up a base inside a vacant, village-owner home in Newburgh Heights and pretended to be underage children online. Once they met men they say were willing to have sex with their underage personas, they invited the men to that home. When they men showed up, rather than meeting the child they allegedly planned to have sex with, they met a team of law enforcement agents ready with handcuffs.

You can watch a video of one of the arrests in the player below:

The arrested individuals include: 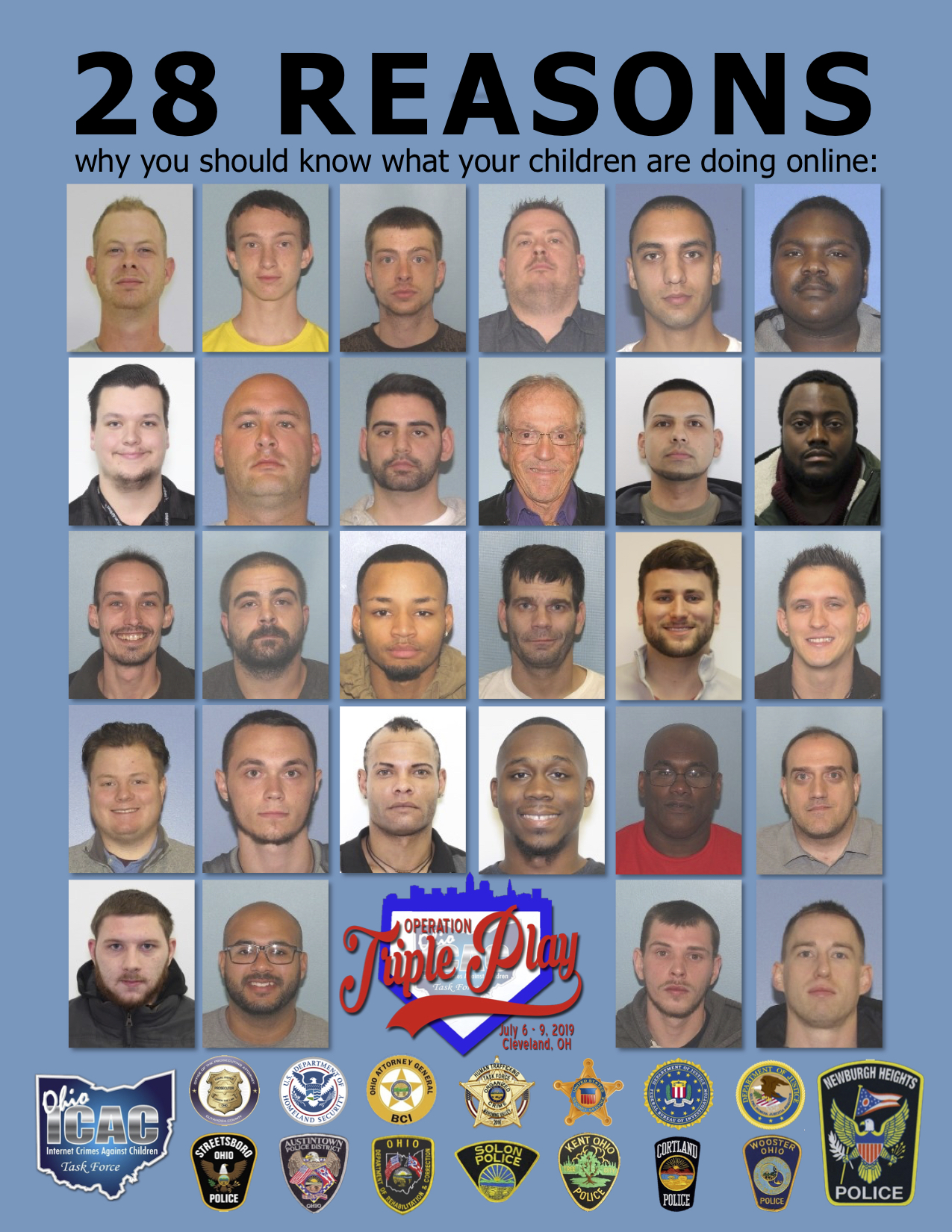 Authorities asked for parents to be vigilant. George Dolce from the Department of Homeland Security warned, “The internet is too big, the number of abusers too large and elusive,” for police to tackle this problem on their own. He said, “the law enforcement community will do our part, we cannot do it alone. We urge parents, young people, to arm themselves with the resources and the information to aid us in this fight.”

So what can parents do to stay vigilant? Know what your kids are up to online.

Carl Sullivan, the Ohio ICAC Director of State Prosecutions advised, “One of the things that parents have to look for is different kinds of applications that are on a child’s phone, OK? The applications that maybe the parents don’t know that the kids are using, sexual predators are using those too. I mean even certain apps not involved in this operation, but like Musical.ly or Live.ly where kids are recording themselves singing, individuals can reach out to them that they’ve never seen or met before.”