Acts of hate on the rise across Northeast Ohio

White supremacist and antisemitism incidents up 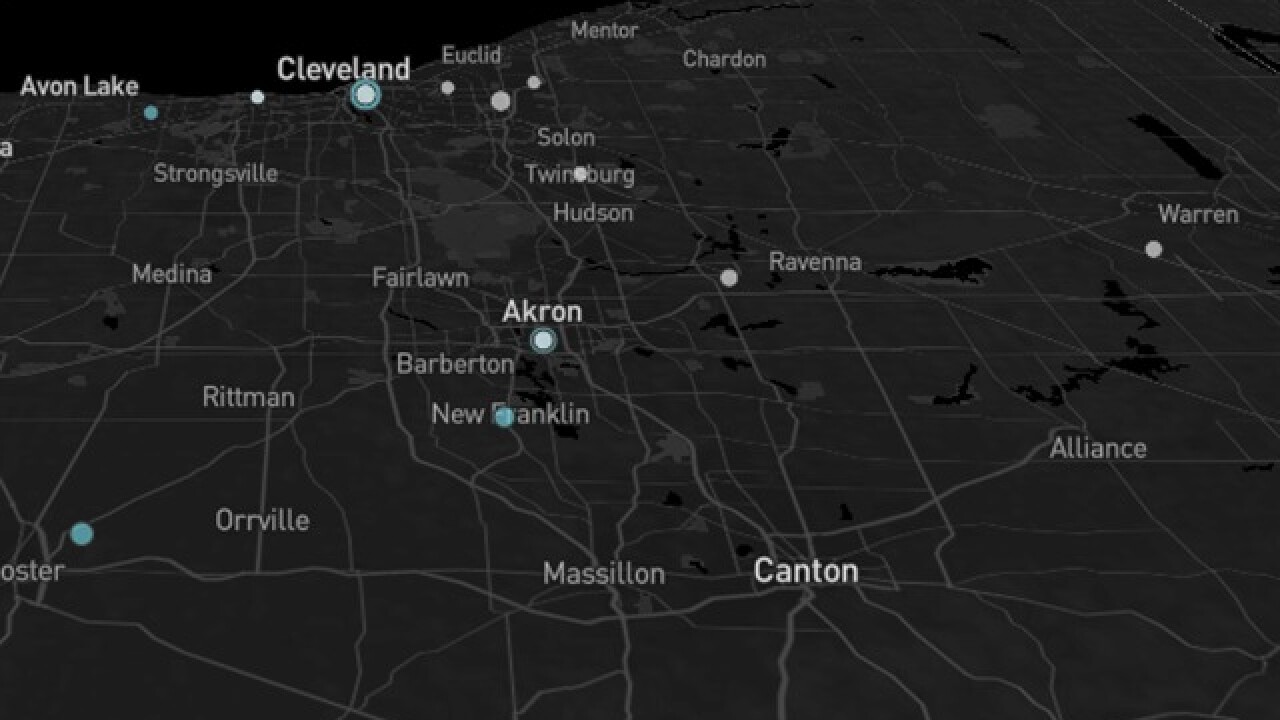 Copyright 2018 Scripps Media, Inc. All rights reserved. This material may not be published, broadcast, rewritten, or redistributed.
<p>"HEAT" Map showing the locations of hate crimes in our area. From the Anti-Defamation League website.</p> 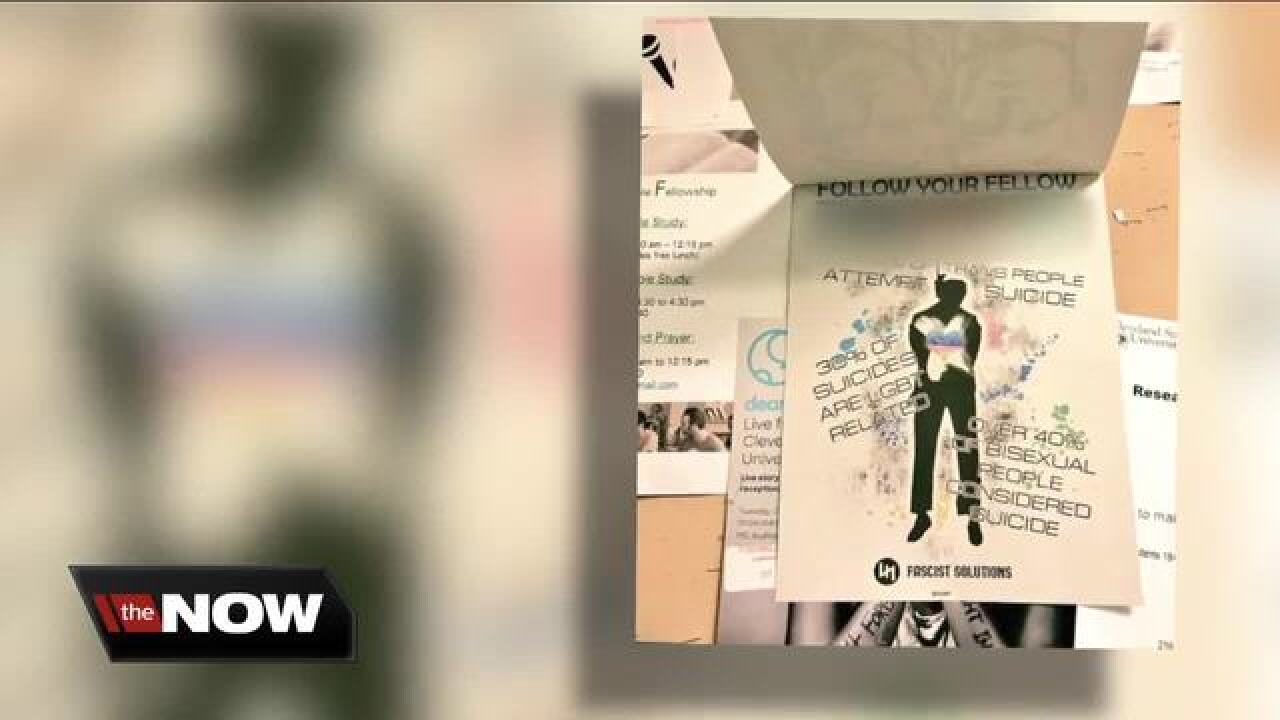 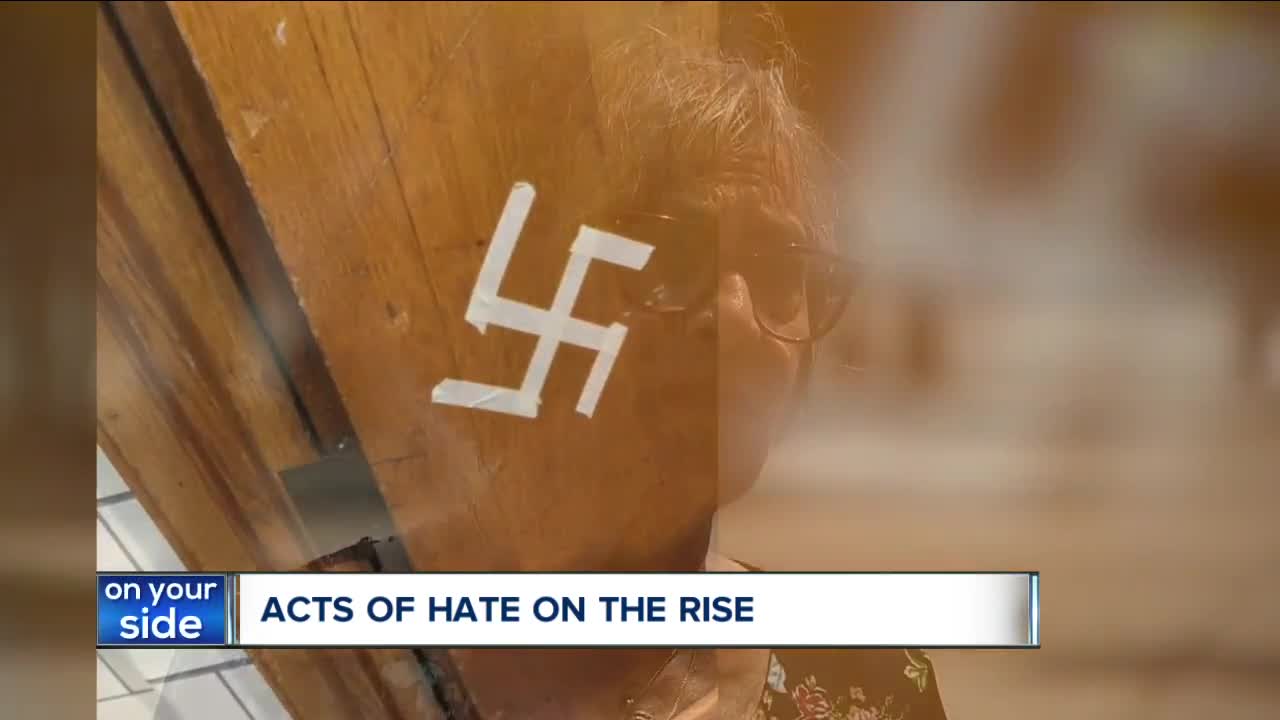 Swastikas on apartment walls in Cleveland Heights and a driveway in Lakewood. KKK fliers popping up in Wooster. These are just a few of the acts of hate showing up across Northeast Ohio.

We're now getting a better look at just how big of a problem it is here at home as we approach the anniversary of a deadly white nationalist rally.

Since that unrest in Charlottesville, the Anti-Defamation League has been tracking hate, extremism, anti-Semitism and terrorism. It turns out Northeast Ohio is not immune to the spike seen nationwide.

The ADL reports there were 21 hate crimes across Northeast Ohio between 2017 and 2018.

People in several cities and suburbs from Westlake, Twinsburg and Lorain have stepped forward to say they were victimized.

"The levels have risen since Charlottesville," said Anita Gray, the regional director of the Anti-Defamation League in Cleveland. “People need to be aware that it's happening."

Gray's organization has been keeping tabs on those spreading hate, extremism, anti-Semitism and terrorism.

"Knowledge is power, so we are exposing them and tracking and monitoring them for the last year," said Gray.

During that time in Northeast Ohio, Gray said we've seen a troubling increase in the amount of offensive literature being distributed.

Gray said this literature is "trying to affect and influence our young people on college campuses."

In addition to more white supremacist propaganda popping up, anti-Semitism incidents are also up, according to Gray.

"Be aware that hate is on the rise, and if you stay silent you are being complicit with hate," said Gray.

Gray said based on the information they've gathered; this awareness is starting to have a negative effect on those trying to spread hate.

"We're finding that these groups are starting to splinter," said Gray.

That's why Gray said it is so important that victims continue to speak out, not only to keep communities aware about what's going on in their backyard, but to encourage others who may be too afraid to come forward.

"We only track the data that comes to our attention. If we're counting this, we know that this is far below what is happening in our country," said Gray.