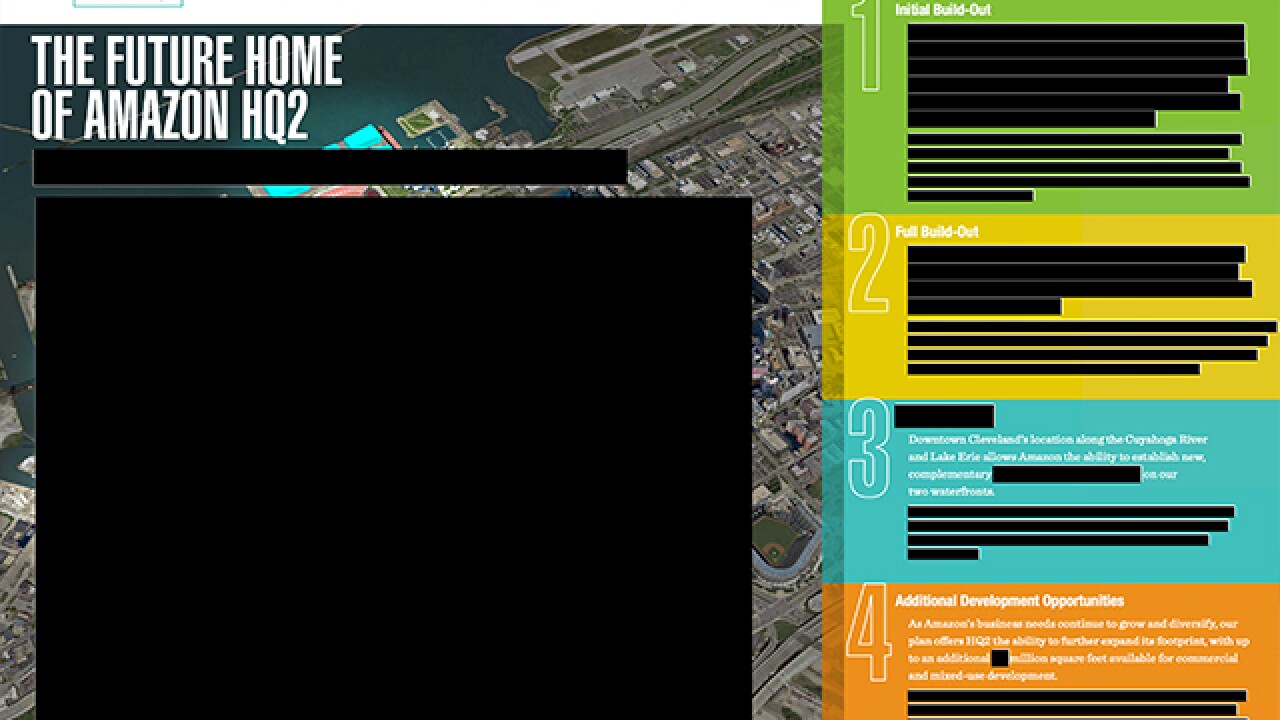 The city of Cleveland released a heavily redacted copy of a bid in which it unsuccessfully tried to woo Amazon to build its second headquarters in the city.

The report is so absurdly redacted that entire pages of text and photos are blacked out completely.

Has the city only blacked out key trade secrets that could be employed against it by unscrupulous businessmen?

Among the items blacked out are generic aerial photos of the city with some superimposed hush-hush text.

A few of the details that were left, however, show how Cleveland teased the company with specific incentives such as "10 acres designated for ______."

We're only left to wonder.

Since the city won't say, we'll go with "10 acres designated for Amazon CEO Jeff Bezos to land his rocket ship."

Want to know what the bid called "Uniquely Cleveland"?

It's been blocked out.

Apparently even talking about what makes Cleveland so Cleveland is a secret.

Have a look for yourself.

Hilariously, a part of the proposal that was released and redacted was given to News 5 last month without redaction in its entirety.

The pages above, which News 5 received a month ago, don't appear in the document the city just released.