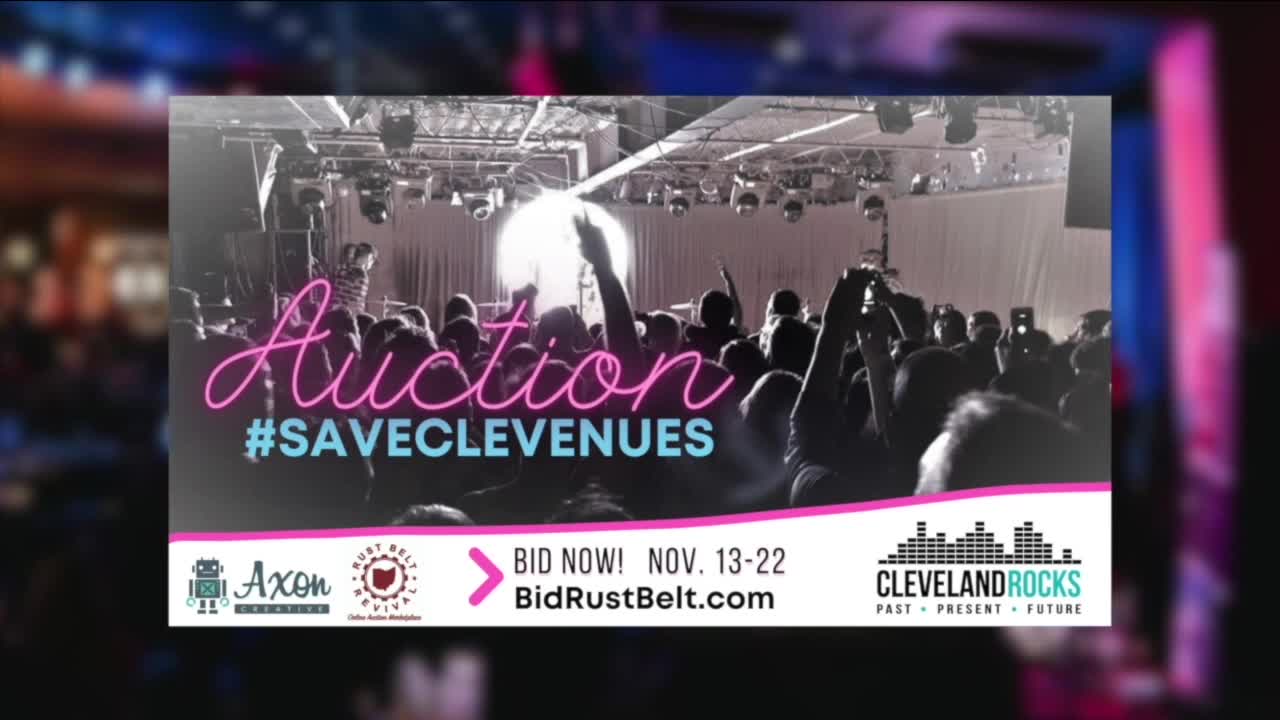 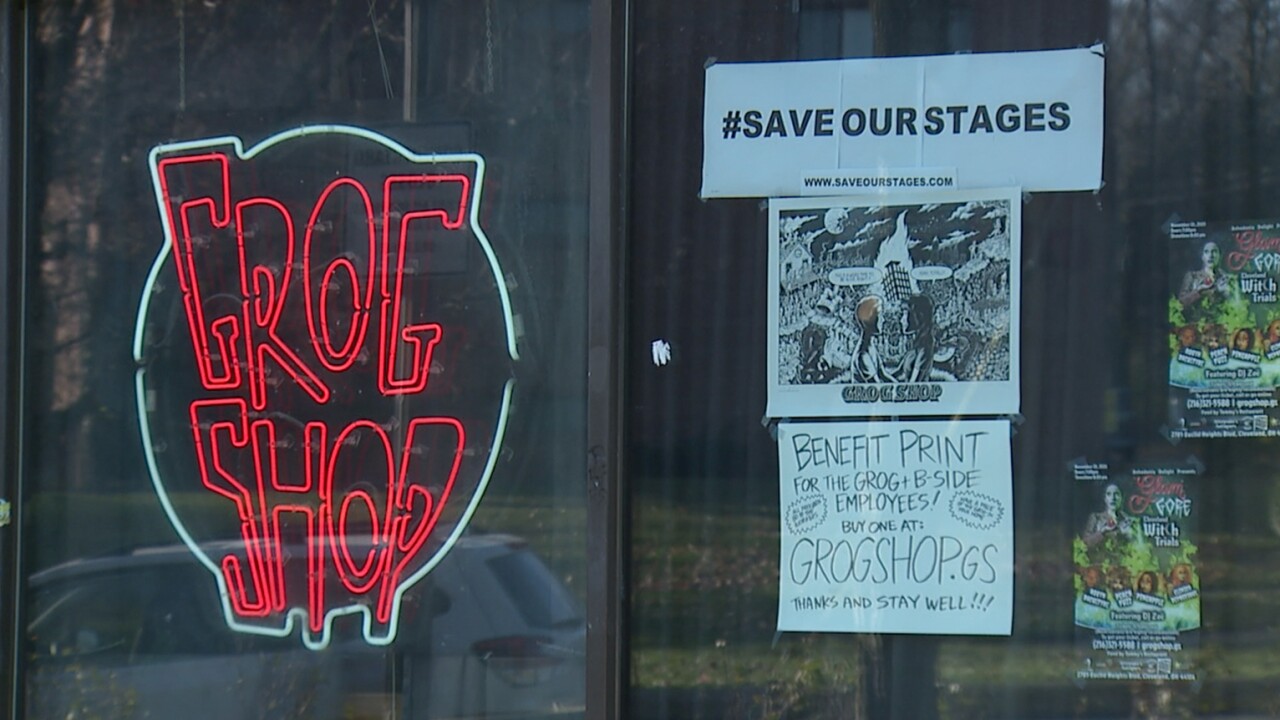 CLEVELAND — The core to the culture of a rock and roll town, Cleveland's local music scene has undoubtedly and unmistakenly been decimated by the pandemic, which has has caused temporary closures to some of the area's most widely known venues, including The Grog Shop, Beachland Ballroom and Happy Dog. However, supporters and fans have banded together, donating their time, talents and memorabilia to ensure that, some day, the show will go on.

By cobbling together priceless and unique memorabilia, posters, photos and even hand-written lyrics, the #SaveCLEVenues Music Memorabilia and Fan Auction will raise money that will be donated to live music venues in the Greater Cleveland area. The online auction also features several unique experiences and VIP packages that have been donated by Live Nation, the Rock and Roll Hall of Fame and even a backyard performance from local musicians.

The auction is being hosted by Rust Belt Revival, an auction company that has donated its services and commissions, and it is being presented by Cleveland Rocks: Past, Present and Future and produced by Axon Creative Agency.

"We have all these things that we've collected over the years and they mean something to us but they mean so much more to the average music fan that doesn't have access to these things on a regular basis," said Angie Hetrick of Axon Creative, who helped spearhead the effort. "I have a long history with the clubs. I'm first and foremost a music fan and I feel like these clubs really shaped and defined who I am."

More so than most other industries, the live music and entertainment industries have seen widespread losses as a result of the COVID-19 pandemic, which has canceled scores of live shows, limited crowd sizes or, in the Grog Shop's case, prompted temporary closures.

"I've been doing the numbers. We're down 90%," said Kathy Blackman, the owner of The Grog Shop, a staple of the Coventry business district and of the indie music scene for more than two decades. "You can't really operate on 10% of your income."

Blackman said the Grog Shop and the B-Side Lounge were able to host very small shows with very limited crowds earlier in the fall. While the limited affairs were able to generate some semblance of revenue, Blackman said it wasn't much. However, once coronavirus cases in Cuyahoga County began to spike in late October and early November, she made the difficult decision to put the operations on pause... again.

"We still have the funds available. We still want to do something with all these bands. Whenever we are able, we'll start it up again," Blackman said. "It's like a death by a thousand cuts; every little thing is working against us. This 10 o'clock [curfew] is just another blow, another little cut. This auction is like a small band aid on all these cuts."

Hetrick said the idea to host the benefit auction came to her while she was cleaning up around the house and found memorabilia that she had long since forgotten. After calling around to other key figures in the local music scene and even some higher level contacts. All told, there are nearly 150 unique items, including some items that are extremely rare, limited edition or are no longer being printed.

The fact that the proceeds will go to benefit local venues demonstrates how tightly-knit the local music scene is.

"I can't say enough about how much the Cleveland scene has banded together, whether it be our fans or our customers supporting us in every way they can," Blackman said. "People don't have a ton of money these days. Everybody is hurting. It's really impressive and it means so much to all of us."

Some of the more unique and rare auction items come from the personal collection of the former tour manager of Nine Inch Nails, an industrial rock band that formed in Cleveland in 1988 and was recently inducted into the Rock and Roll Hall of Fame. Items include a flyer from the band's Cleveland debut in 1989.

Hetrick said the effort to help the venues survive an uncertain financial future has been an extremely personal endeavor.

"If I think about my life without these clubs, I don't think about this just for myself but I think about people like my nieces and nephews," Hetrick said. "I wonder what their formative years will be like if they aren't exposed to clubs like these. I would be lost without [the local venues]."

According to Hetrick, the venues who have demonstrated a financial need that meets the emergency relief criteria of the Cleveland Rocks non-profit.

"If I could, I would give a ton of money to these clubs but I don't have it. We have to work with what we have," Hetrick said. "These clubs are so important to our culture. Where do our local musicans play? They are not going to play at these bigger arenas. Without these clubs, they have nowhere."