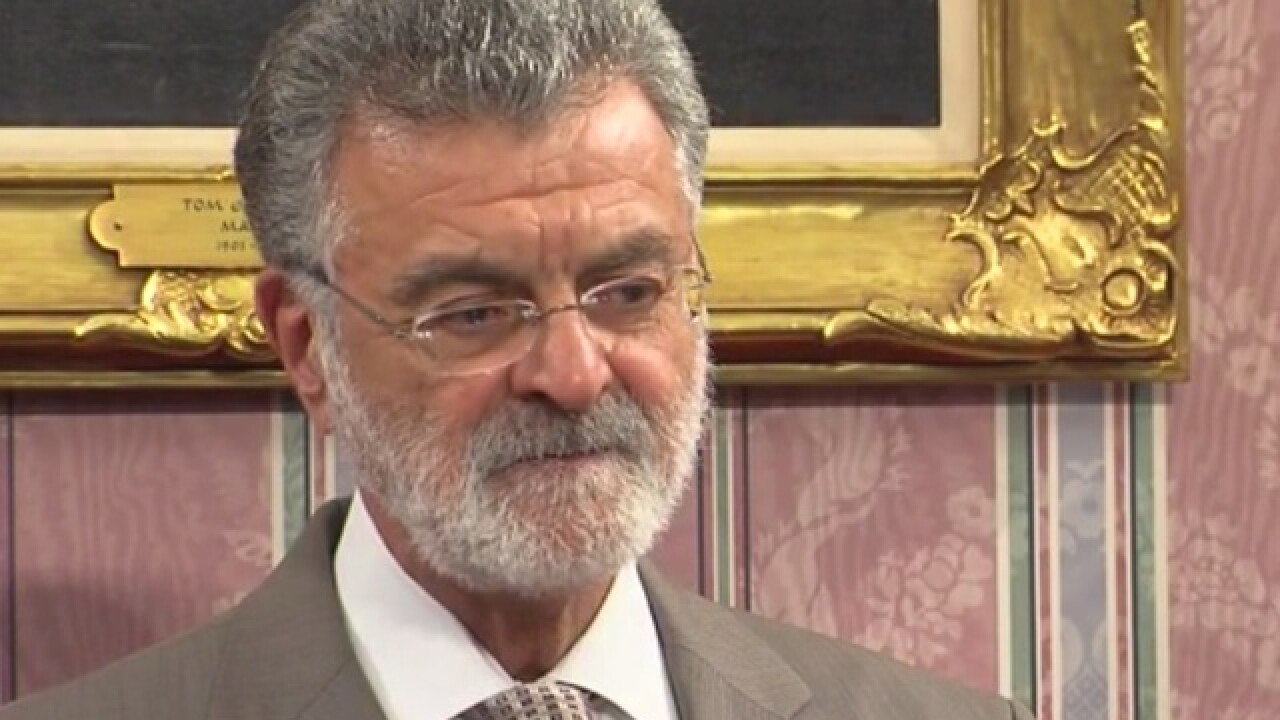 A bizarre email from Cleveland Mayor Frank Jackson’s campaign, just five days before the mayoral election, sparked confusion Thursday over who’s in control of Jackson's public relations and prompted a response from the City of Cleveland.

If city workers had followed the instructions in the email, they could have potentially wound up in an ethical dilemma.

It all started with an email that came from the mayor’s campaign spokesman Joe Mosbrook, of Acclaim Communications LLC.

The email sent at 2:36 p.m. directed reporters seeking any public information related to city hall and the campaign to contact Acclaim Communications for answers, “in an effort to expedite information to the media.”

Mosbrook’s email set off a chain of responses from reporters and news organizations, including News 5, to both the campaign and City Hall.

The retraction stated their previous statement “was sent without the approval or authorization of City Hall” and that questions regarding the campaign should continue to be directed to Acclaim Communications.

At 5:59 p.m., Dan Williams, Director of Media Relations for the Office of the Mayor, sent an email to media that said Mosbrook’s initial message was not authorized by the city and told the media to continue sending requests to the mayor’s office of communication.

Phil Richter, executive director of the Ohio Elections Commission, said it seemed a bit “out of the ordinary,” because “if you’re running for re-election, as obviously Mr. Jackson is, there are tons of questions that would be raised of a political nature.”

The request by Mosbrook itself could’ve potentially placed city workers in a position where there could be a conflict of interest. According to Ohio law, “…state employees may not engage in any election-related activities which interfere with, or pose a conflict of interest with respect to, their state duties and responsibilities.”

Mosbrook said the reason for his email was that many campaign-related questions were being directed toward City Hall and therefore not reaching the appropriate people.

Richter said there isn’t anything in the statutory scheme that would prevent the political campaign from “helping”, and there are no Ohio election laws that would prevent a political arm from this action. It would be more of a municipality issue, he explained, in regards to public information the city maintains.

But a campaign involving itself further could raise questions.

“There isn’t a kind of prohibition on a political office (like this),” Richter said. “It’s not something this commission has ever seen or been involved with. There isn’t anything to keep someone from speaking on a particular issue on something like that.”

Instead, he said the issue more so lies in a political campaign’s inability to act from an official sense when it comes to city matters.

Baka denied the campaign was attempting to take on any city duties and said the initial email was a campaign decision that Cleveland was ultimately “not agreeable” to.