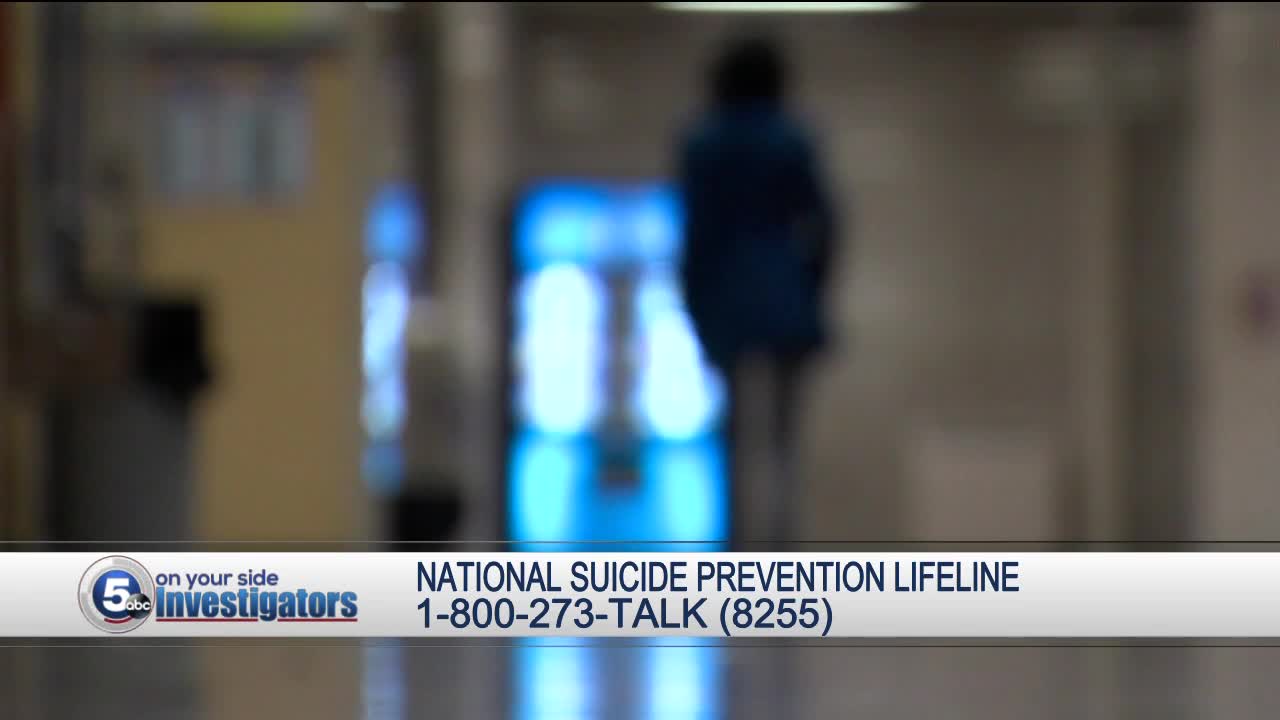 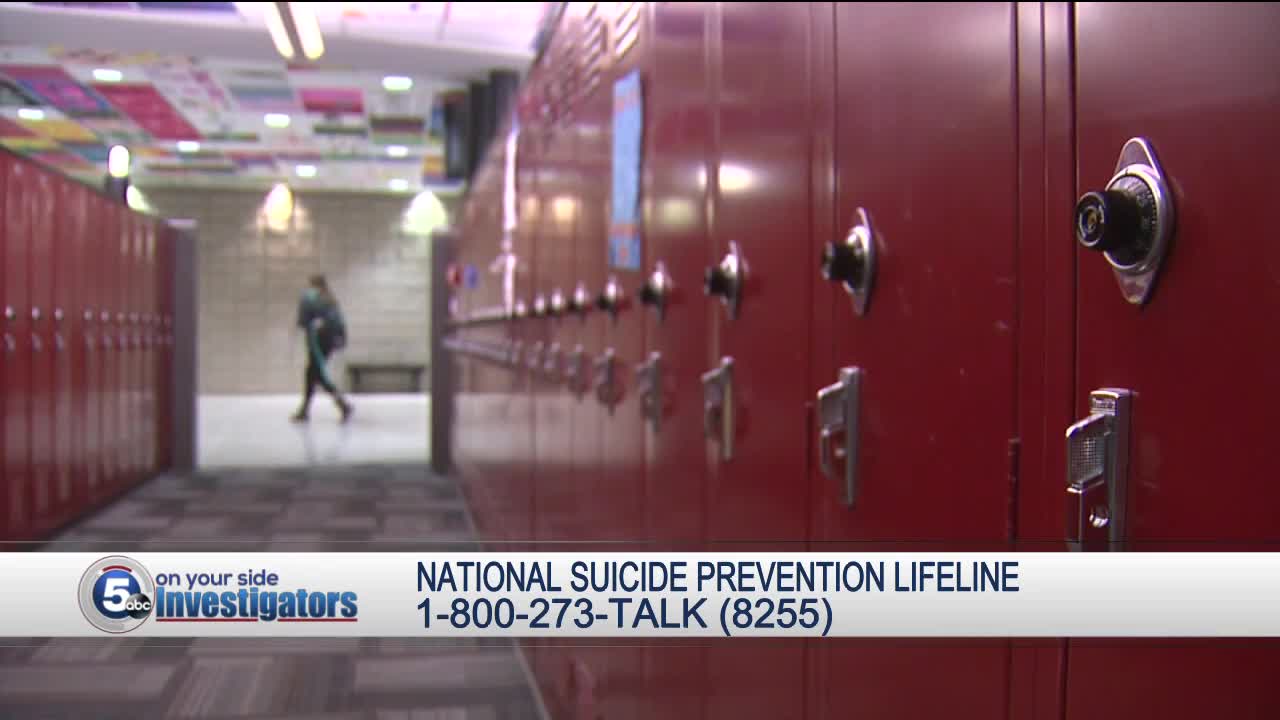 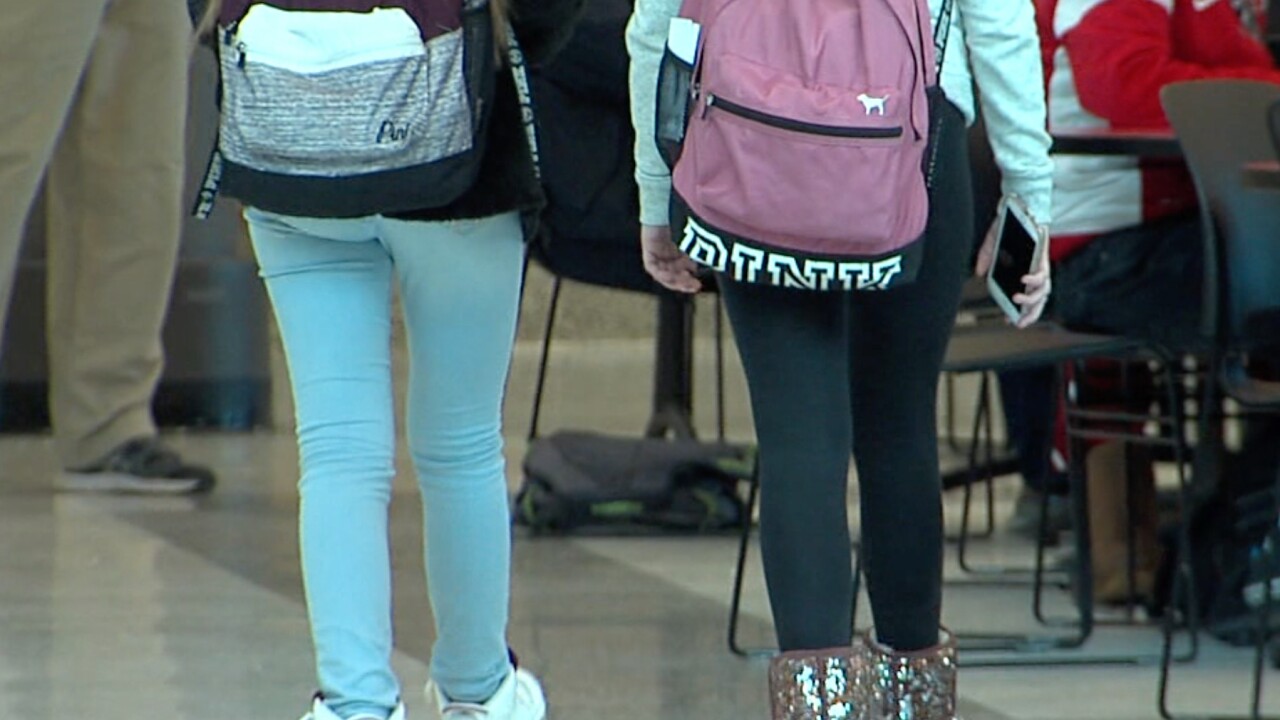 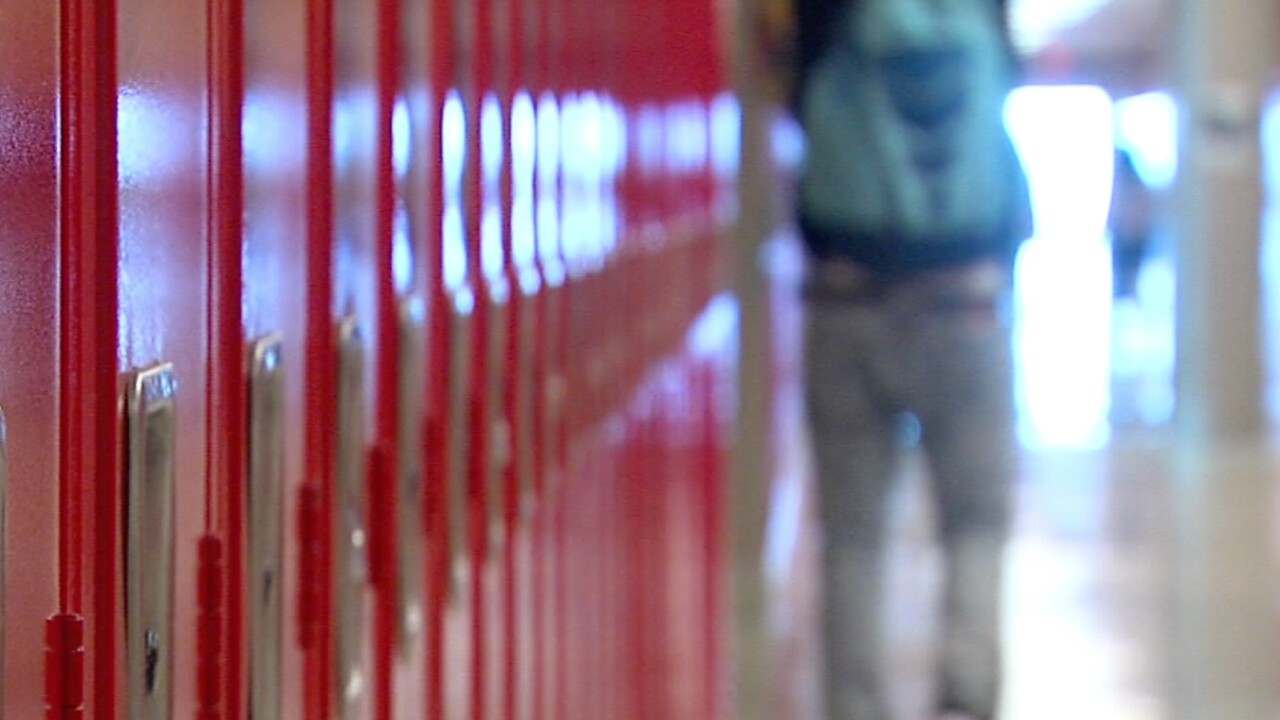 The 2018 data complied by Dr. Erika Trapl shows the number of teens polled dealing with bouts of sadness or hopeless feelings for two weeks or more now stands at 28.3 percent, up from 21.1 percent in 2010.

"The survey captures, from the kids perspective, what they're experiencing. It tells us how they're feeling, from their own mouths onto a piece pf paper," Trapl said. "The numbers just keep going up, the number of kids who are feeling sad, to the point that it's effecting their day-to-day lives. The number of kids who are considering suicide, even the numbers of kids, particularly in high school, who are attempting suicide."

For the past 16 years, LifeAct has brought its positive classroom discussions on teen depression to more than 30,000 students.

Binder said the LifeAct curriculum helped more than 2,500 students come forward and get they help they needed in 2018.

“The suicide rate for ninth grade girls has increased by 50 percent in eight years,” Binder said. "Social media has become weaponized and has become harmful to this generation.”

Scott Osiecki, CEO of the Alcohol, Drug Addiction and Mental Health Services Board of Cuyahoga County said social media sets-up a lopsided view that everyone's life is wonderful nearly all the time.

“So what that can do to somebody who is perhaps feeling lonely would actually make them feel more lonely and thinking gee my life isn’t the same as everybody else,” Osiecki said. "I think social media platforms should continue to develop more mechanisms to monitor, but actually we also want parents and family and friends to monitor as well.”

LifeAct Youth Advisory Board President Cami Kaye said social media creates unfair expectations in teens when it comes to lifestyle or how they should look.

“That’s just not realistic and people don’t know how to love themselves and who they are because they are taught that who they are is not what you’re supposed to look like,” Kaye said. “I feel like the biggest thing that we can do to help is educate the teens who are actually doing the things because we are the ones who are in control of it, we’re the ones who are monitoring it. That's kind of LifeAct's mission, we need to help you get help and don't be afraid of it and you're not a lesser person for feeling like this."

LifeAct will host its 15th annual "Into the Light Walk" to raise suicide prevention awareness Sunday, May 5.

The walk will be held at the Cleveland Metroparks Zoo.

Registration information can be found here.