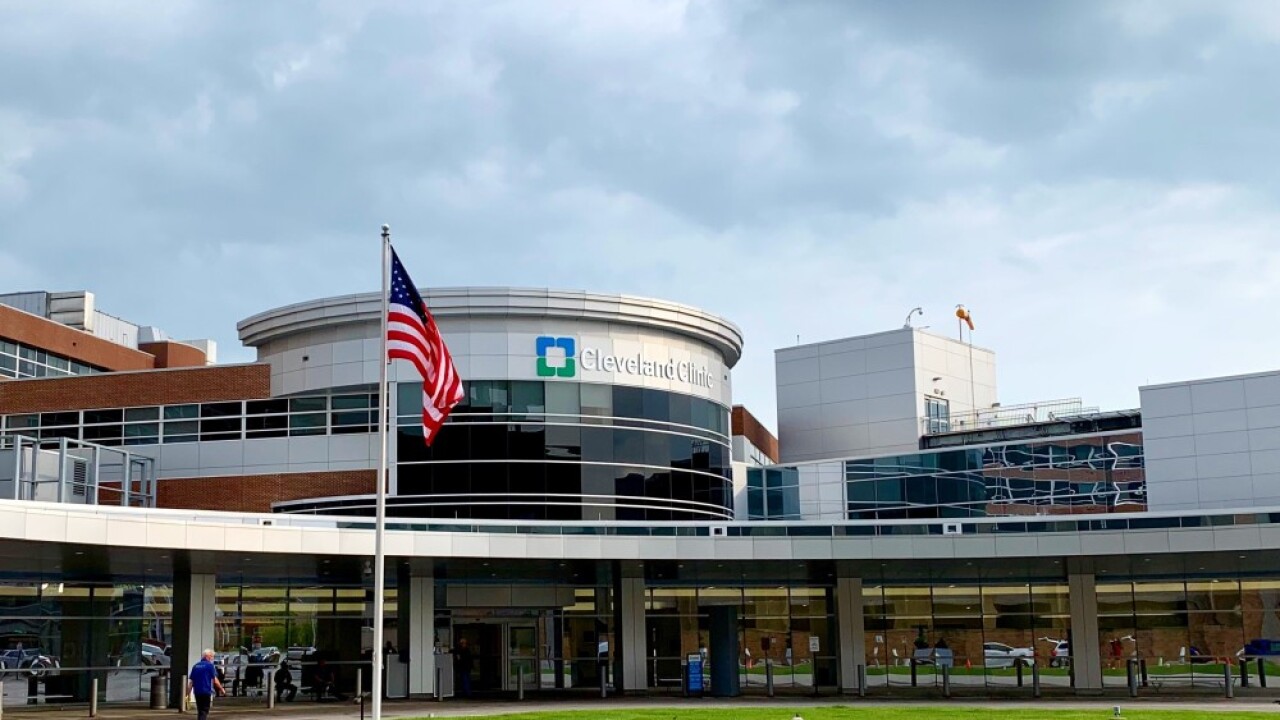 CLEVELAND — A new clinical trial involving the Cleveland Clinic has discovered a new blood test that can accurately detect more than 50 types of cancer before the patient exhibits any clinical signs or symptoms, catching cancer in its earliest stages.

The results, which have been published in the Annals of Oncology, show that in cases where the test detected cancer it was able to pinpoint where it was located in the body with 93% accuracy, according to the Clinic.

The test identifies DNA that cancerous tumors shed into the blood, which contributes to what is called cell-free DNA (cfDNA). The blood test then analyzes chemical changes to the DNA. Abnormal changes can contribute to tumor growth, so the signals the test picks up in cfDNA detect and localize where the cancer is in the body.

The new test has a 0.7% false-positive rate which would mean less than 1% of patients would be wrongly diagnosed with cancer from the test, the Clinic said.

Doctors hope that the test becomes a validated tool to help detect cancers and provide a new way to monitor patients who have a cancer diagnosis, using blood tests rather than requiring multiple scans.

"The findings from this study may also have a huge impact on how we monitor patients who have an established cancer diagnosis — with a simple blood test, instead of the need for multiple scans — and have implications for screening patients for cancer across the entire population,” said Taussig Cancer Institute oncologist and vice chair for research Mikkael Sekeres, M.D.

“Detecting cancer early is key because it’s easier to treat and increases chances of survival,” Klein said. “The hope ultimately is to have a validated test that’s highly accurate in terms of detecting the presence of these cancers and a very low false-positive rate that can be used for patients at risk for cancer, and have it be part of routine medical practice.”

The new test’s sensitivity was increased with high-stage malignancies. In the trial, the test had a 67.3% true-positive rate for the first three stages of 12 different deadly cancers—anus, bladder, colon/rectum, esophagus, head and neck, liver/bile duct, lung, lymphoma, ovary, pancreas, stomach and plasma cell neoplasm. Those 12 cancers make up 63% of all cancer deaths in the United States each year, according to the Clinic.

Cleveland Clinic said that the test is not yet available for clinical use but is being evaluated in a multi-site three-phase case-control observational clinical trial called the Circulating Cell-free Genome Atlas (CCGA).

The Clinic is one of the study’s 142 locations and more than 1,500 Cleveland Clinic patients have been enrolled in the trial, joining more than 15,000 participants from across North America.