CLE illegal signs litter all parts of the city 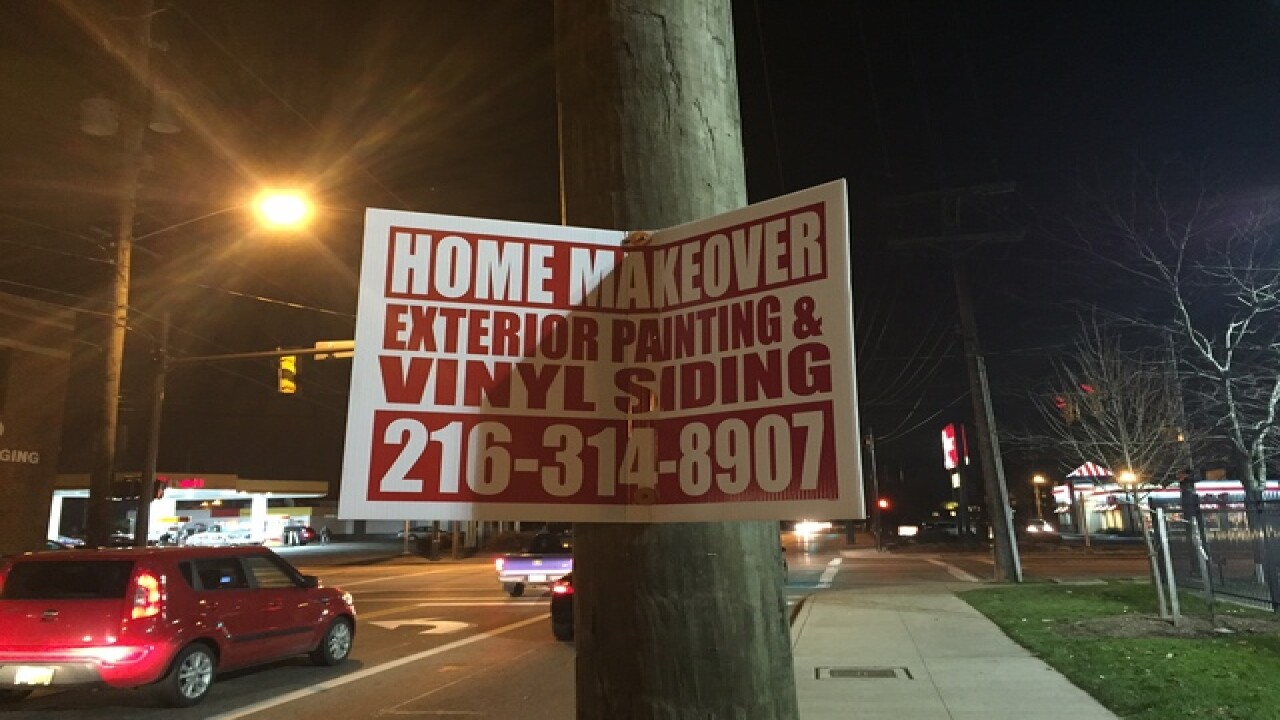 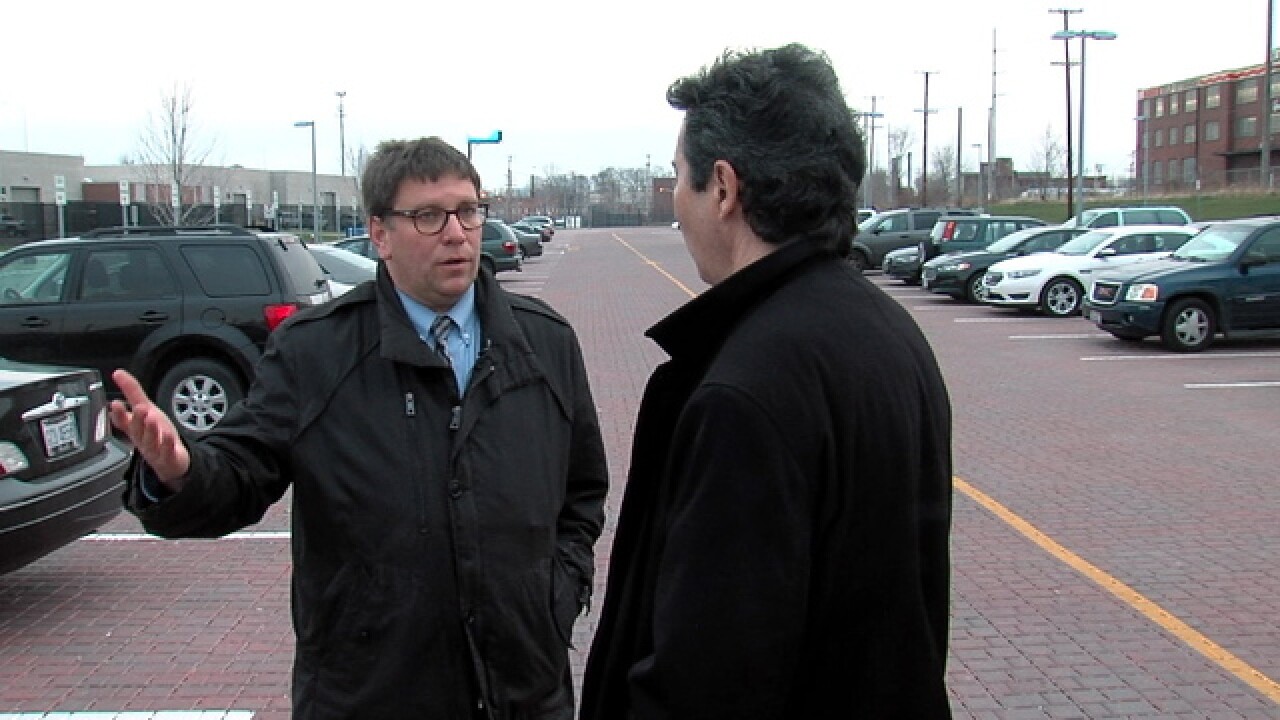 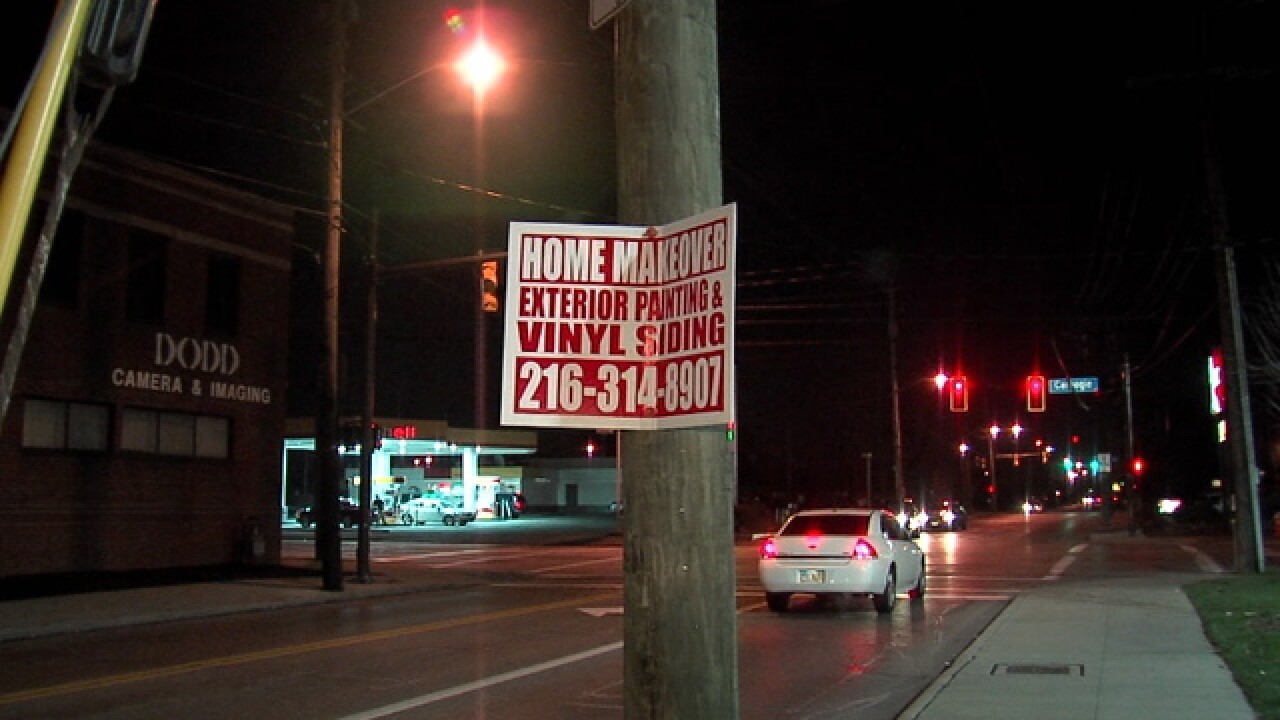 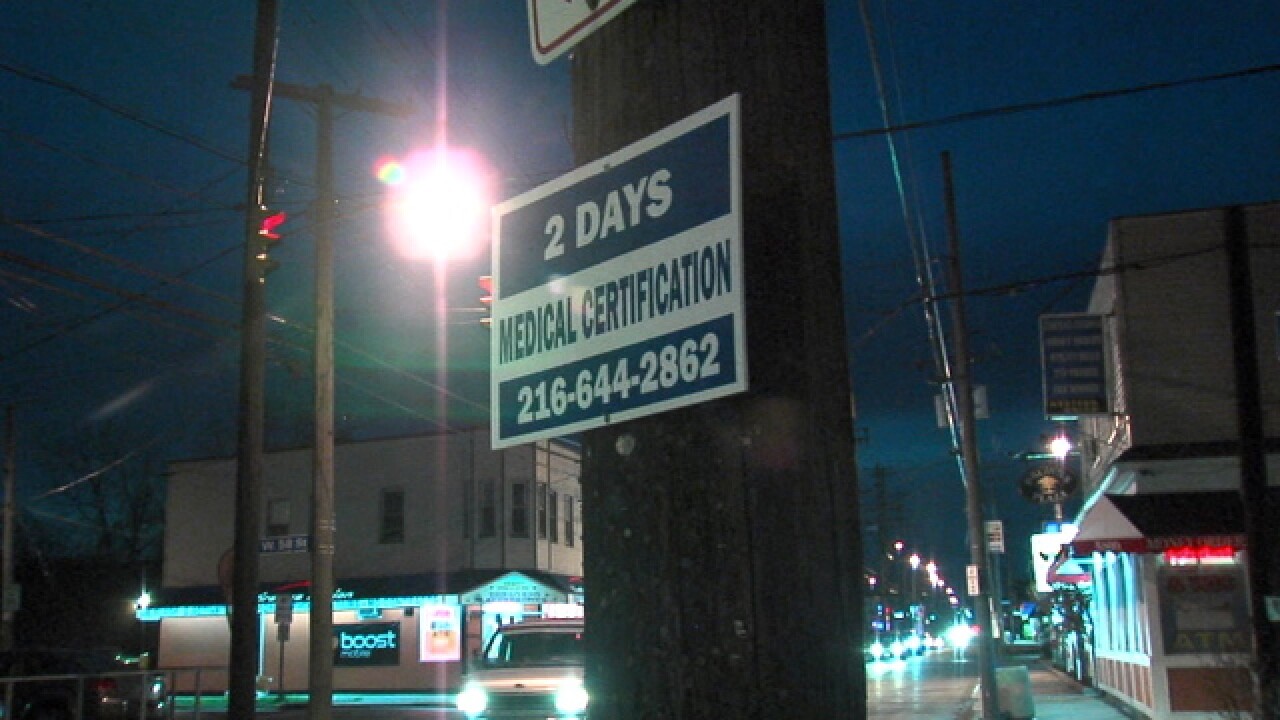 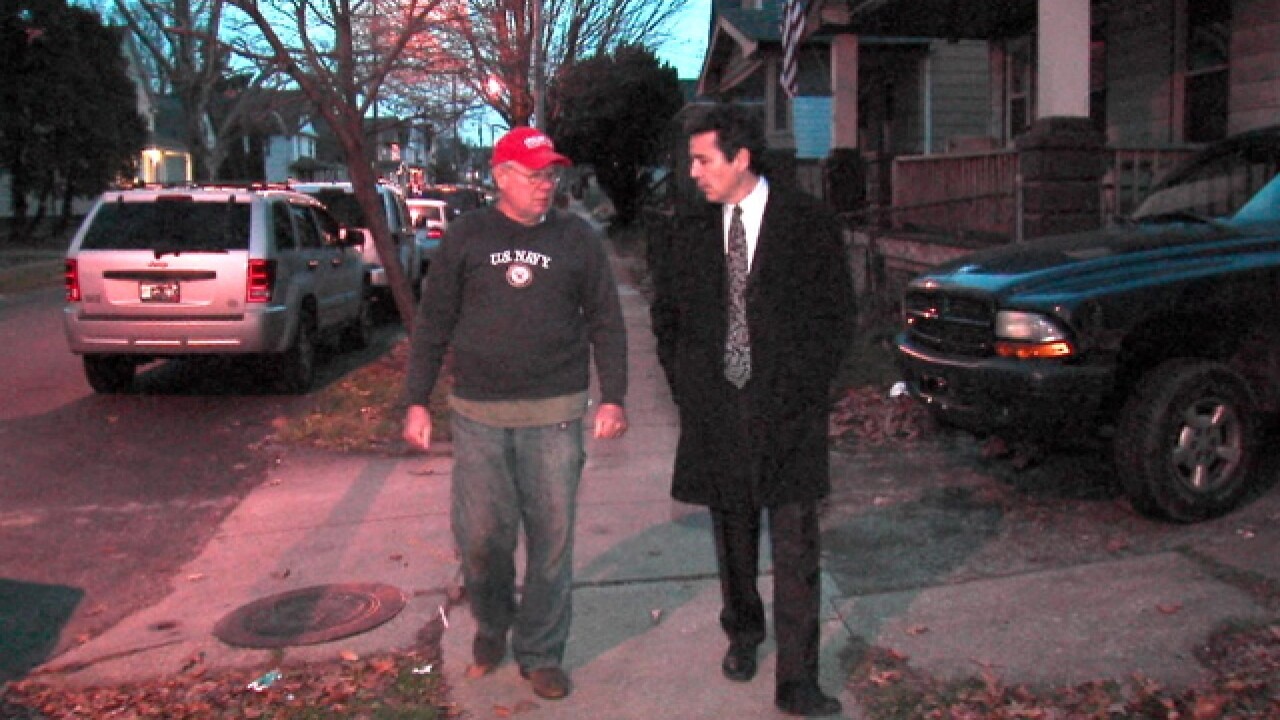 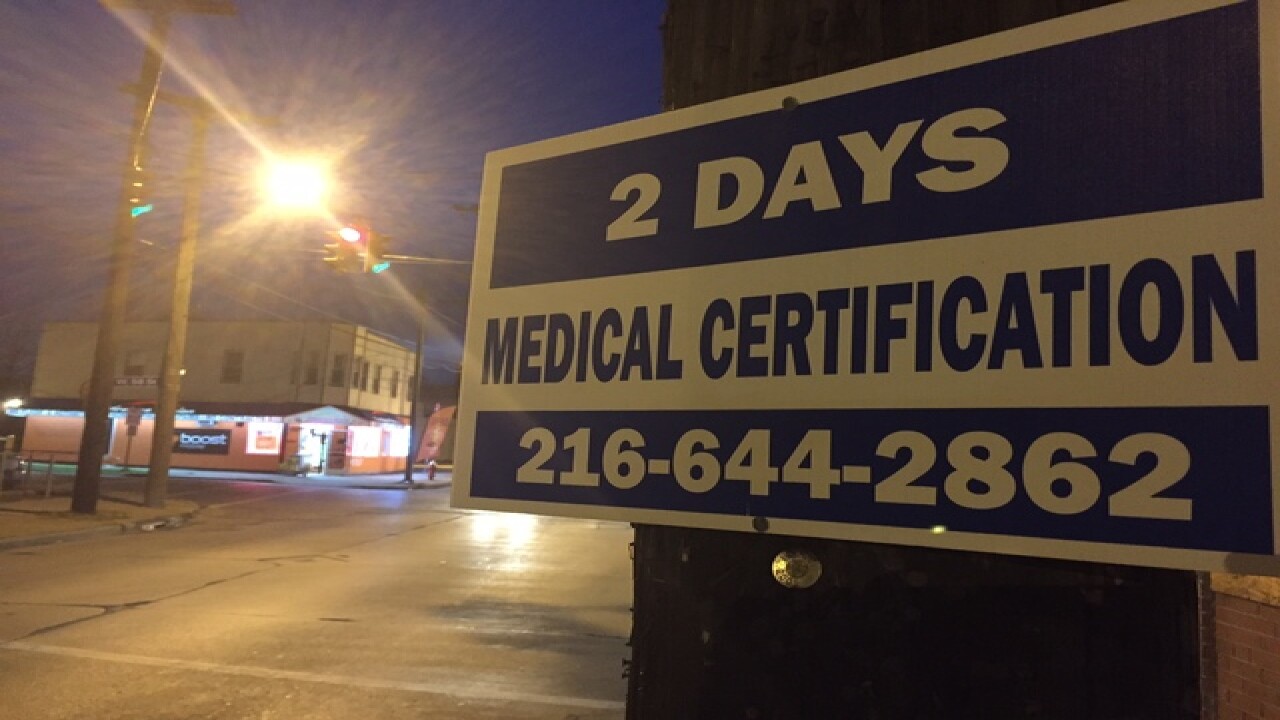 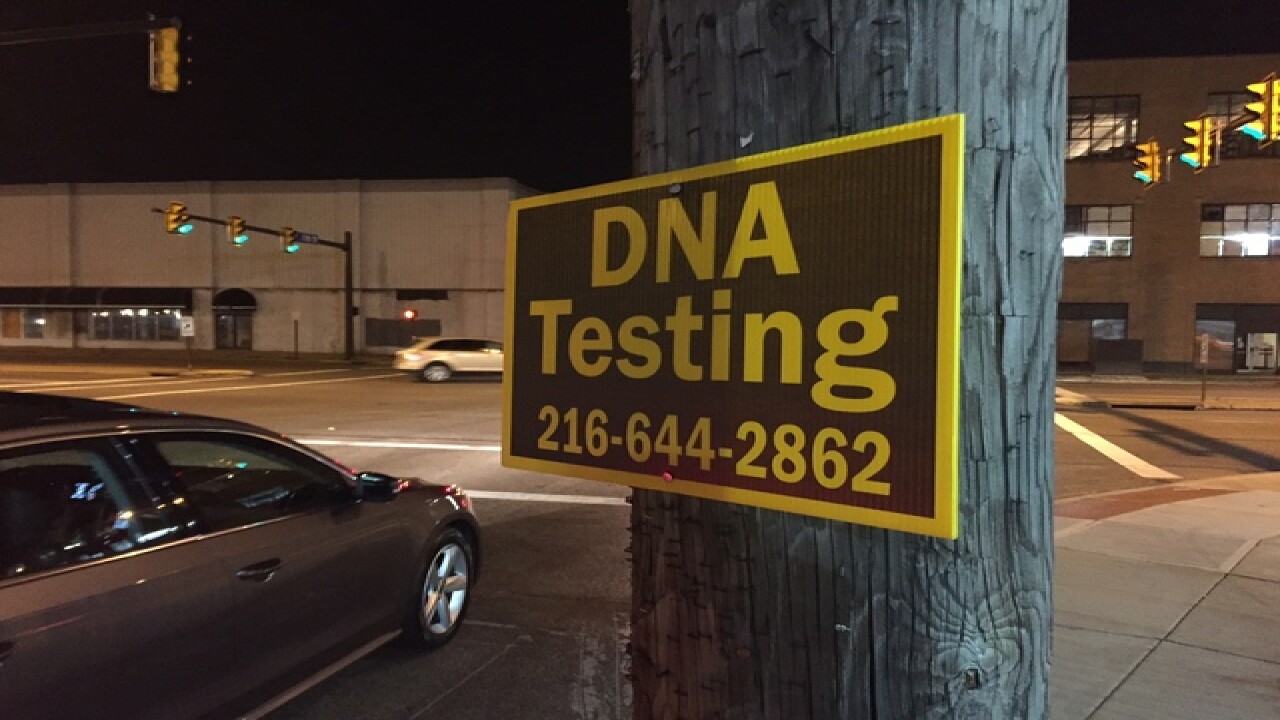 A wave of illegal signs are popping up over all parts of Cleveland, promoting everything from DNA testing to home makeovers.

The signs are littering the city landscape, and can mostly be found tacked to telephone or power poles along busy city streets, or at the end of interstate exit ramps.

Cleveland clean-up crew leader David Reuse told newsnet5.com stopping the companies posting the illegal signs has been a real cat and mouse game for the past 5 years.

Reuse said Cleveland does have a law in place that could issue violators up to a $1,000 fine per sign, but he explained enforcement has been an issue.

"Some of these companies are local, some are from other parts of the country and others are even international," said Reuse.  "We need to have the city track down these owners and let them have it, otherwise they'll just continue."

Cleveland Councilman Joe Cimperman has been fighting this problem for a few years. He agrees greater enforcement is needed, and proposed a "no fee" city sign permit system.

The free permits would give worthy causes like missing pets or community events the approval to post signs, but weed-out companies who are only littering the landscape looking to make a buck.

"When you see one you tend to see two or three, they proliferate," explained Cimperman.  "You get more and more, because people are like nobody is paying attention, which is why it's so important that we pull those down as soon as we get them."

"But for these people who are clearly advertising, making money, and in the worst cases I'm willing to bet that some of these places are actually fleecing the public, these are things that we do not want on our poles and on signs."

newsnet5.com also contacted the Cleveland mayor's office about this story, and it agreed to work with the Department of Public Safety to see what could be done to track down the company owners and let them know a fine is waiting for them.

The city has removed more than 4,100 of the illegal signs in just the past 10 months.