Cleveland man says his home is sinking into the ground 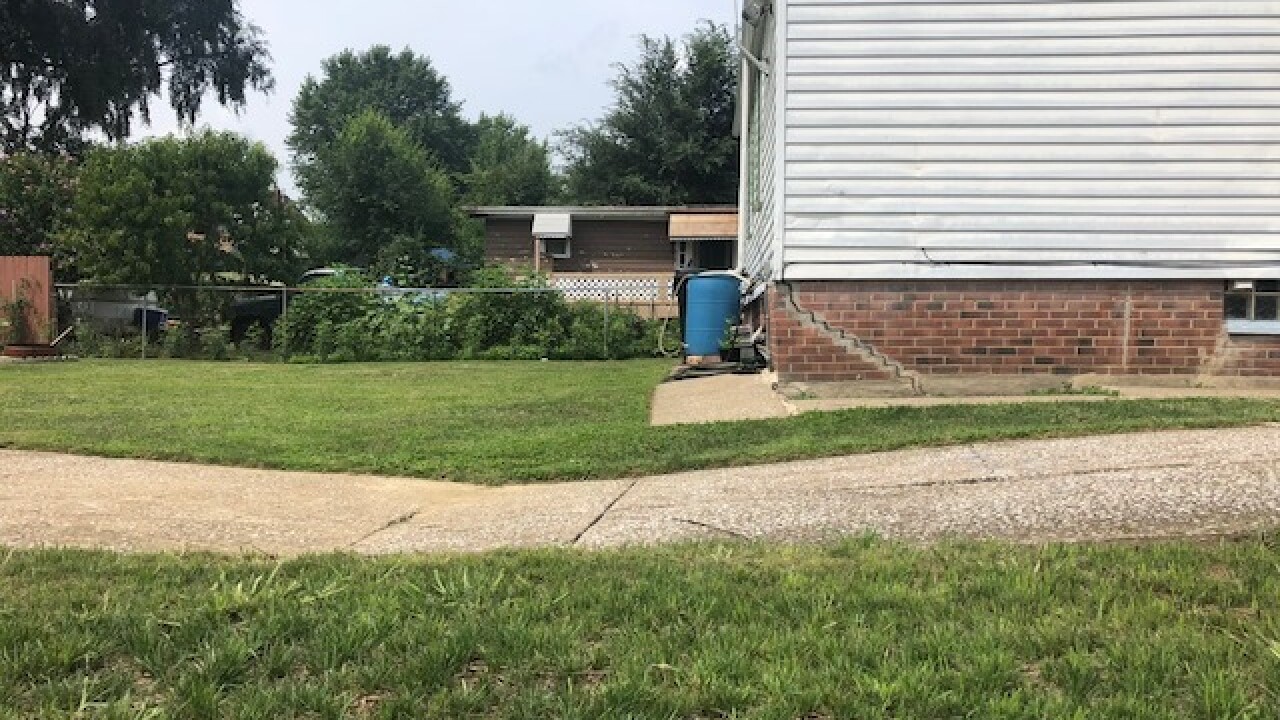 Copyright 2018 Scripps Media, Inc. All rights reserved. This material may not be published, broadcast, rewritten, or redistributed.
<p>The driveway that used to be straight angles down and the home’s foundation is uneven. Image from Homa Bash.</p> 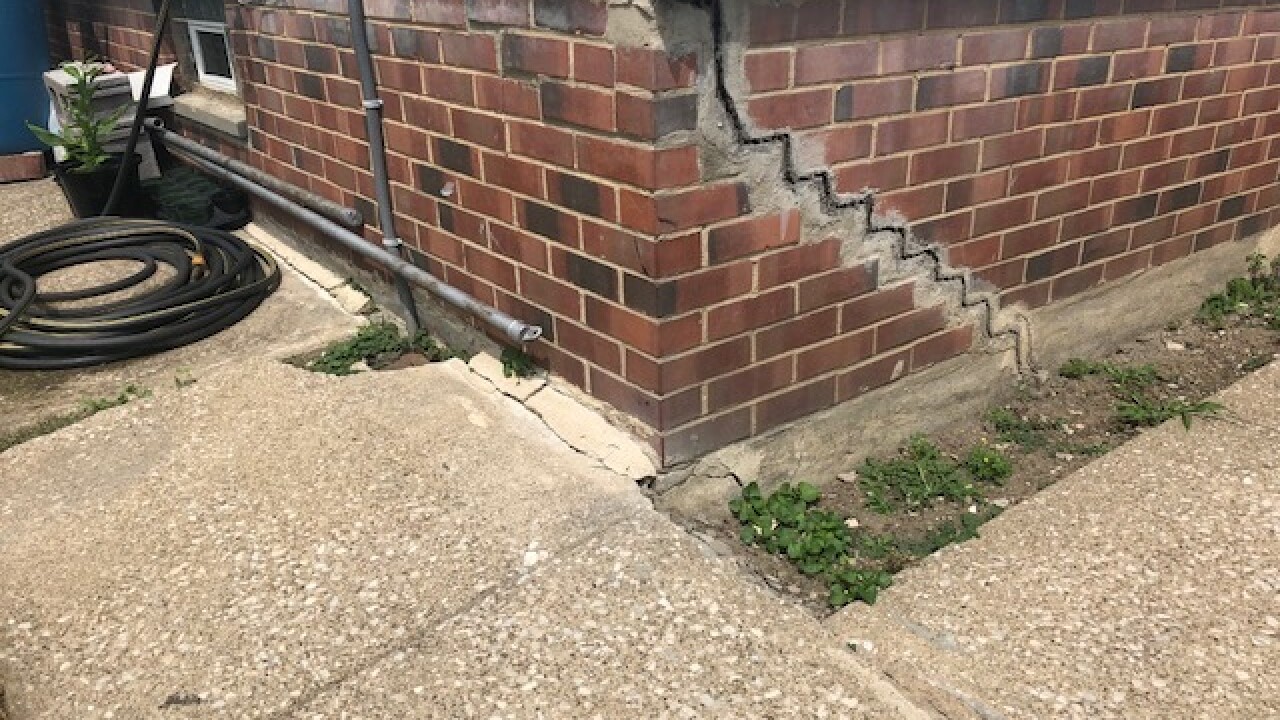 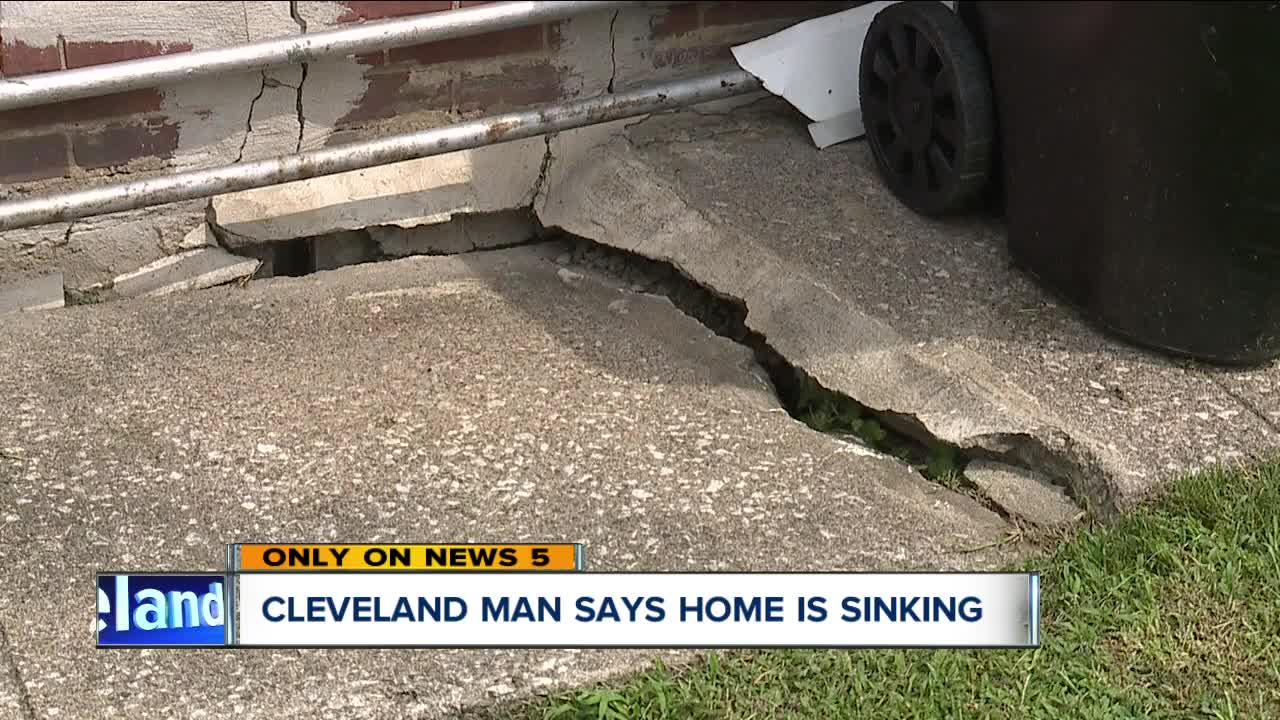 A Cleveland man believes his home is sinking into the ground because of where it was built.

Miguel Laboy lives on Erin Ave. on Cleveland’s near west side. His father bought the home in 1995, and Laboy moved in about ten years ago. Back then, all was well and all was level, he said.

But in the last three years, Laboy said his home seems to be shifting and sinking more and more every day.

There are visible cracks in his walls and floors. The driveway that used to be straight angles down and the home’s foundation is uneven. A recently-installed water heater now leans to the left.

Laboy said he even hears the home shifting at night.

“I sometimes don’t want to fall asleep because maybe, like I said, we’ll end up in a sinkhole,” Laboy said. “We’re going down and down everyday. Now with all the rain that’s coming, it’ll go down about an inch to two inches a day if it rains a lot.”

Last year, Laboy said he obtained a planning map of the neighborhood from the city’s planning commission that shows his home — and his neighbors' homes — were built on a pond, with a creek running nearby.

“The issue here is that it’s not only me. It’s gonna get worse because if this opens up, this pond that we’re standing on right now, it’s gonna spread and you cannot cover up what Mother Nature put in the ground. Never, ever,” Laboy said. “It’s gonna open up, and when she opens up, I think its gonna be a little too late.”

News 5 spoke to other residents on the street who said they have noticed their homes shifting in the last several years, as well as sinkholes sprouting up in their yards.

Laboy said he notified the city in September of 2017 and began asking for help. According to a city of Cleveland spokesman, Chief of Regional Development Ed Rybka personally visited the home.

Below is the city’s complete statement:

In response, the city initiated steps to conduct a geotechnical study on the adjacent property. That study concluded that there was no evidence of an underground flow of water causing an erosion of the soil. The city proceeded to demolish the abandoned, adjacent home. The home at 3601 Erin Ave. is experiencing settling. In that 3601 Erin Ave. is privately owned, the next action is for the property owner to take steps to address the settling issue.

Laboy said he doesn't believe that explanation -- and is seeking ways to keep his home from sinking further.