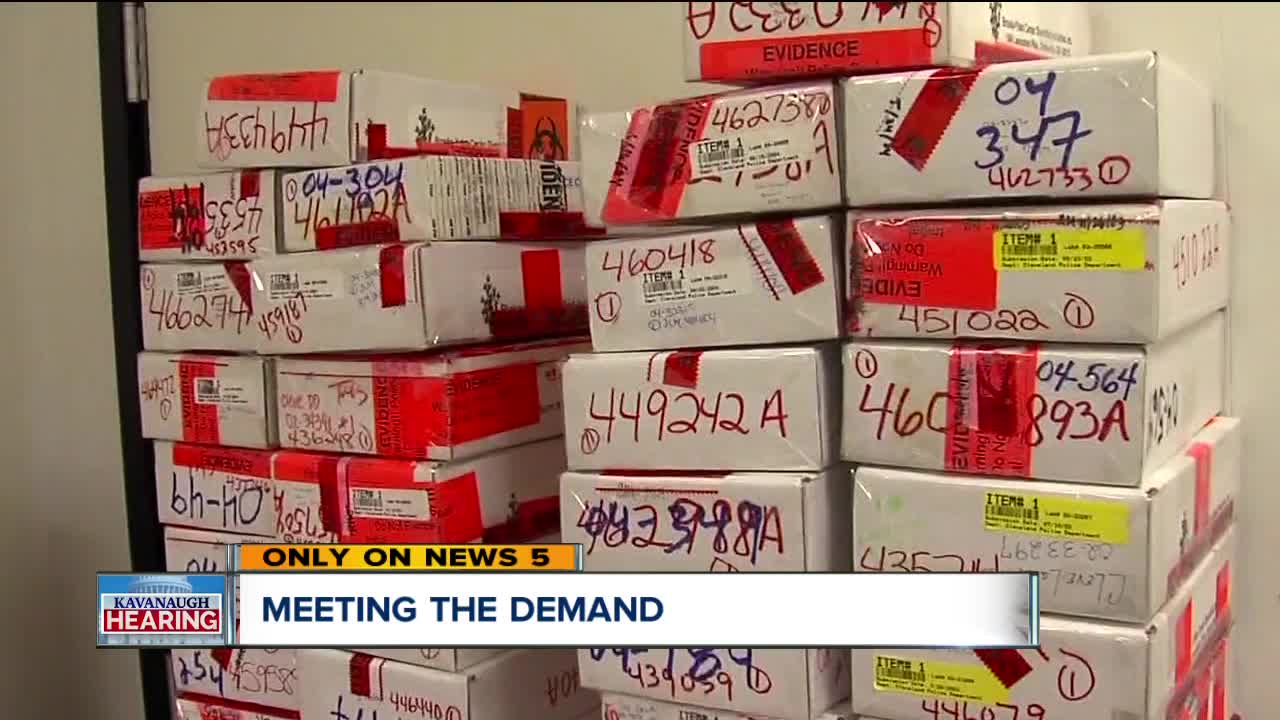 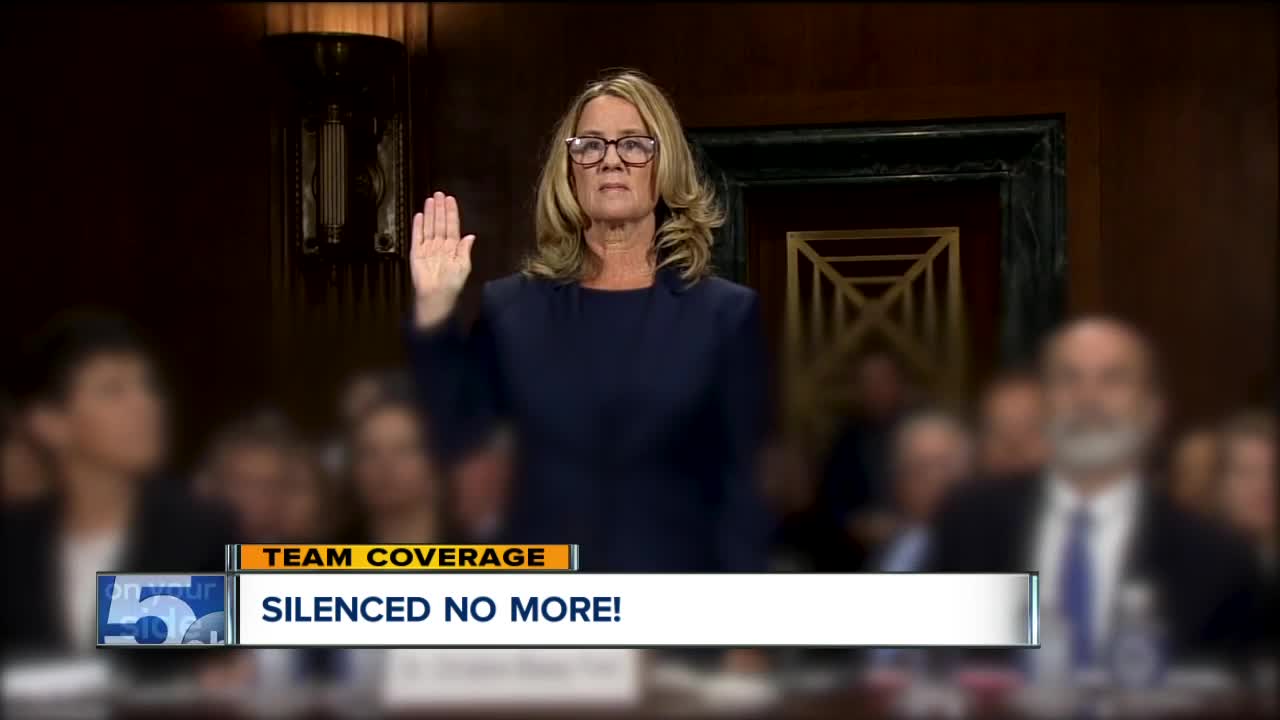 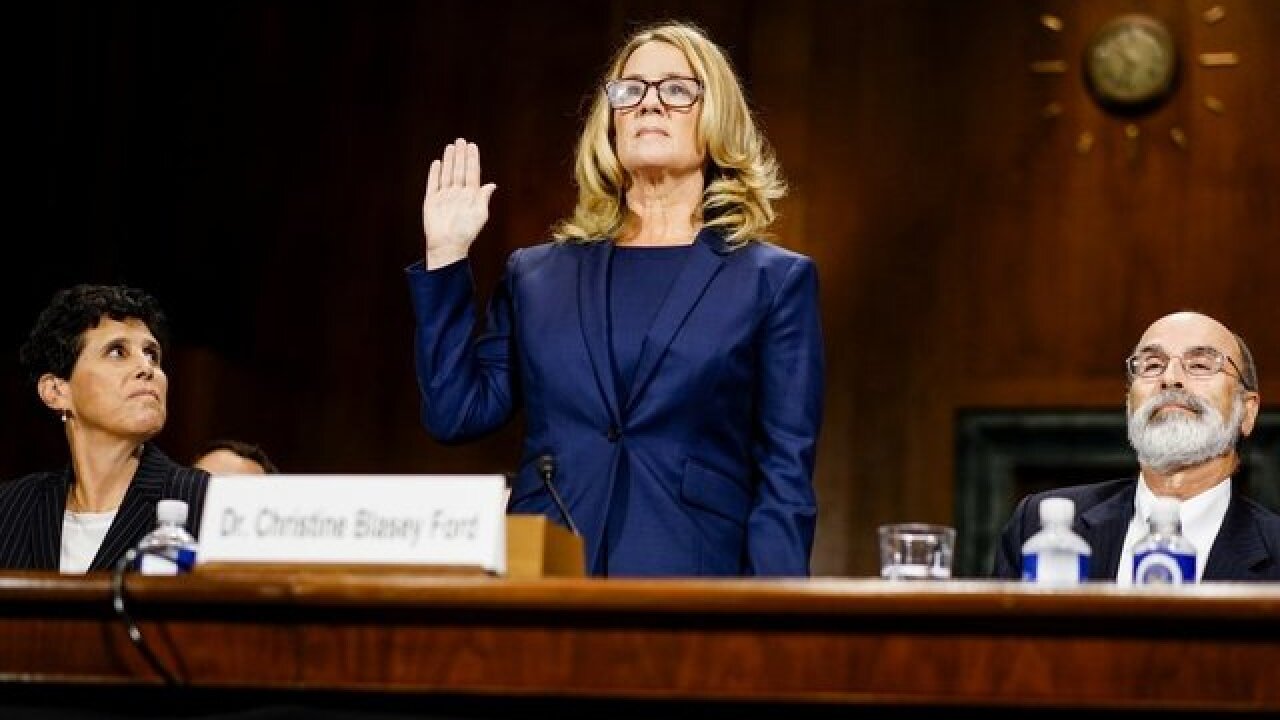 Calls to the Rape Abuse and Incest National Network  were up 201 percent  Thursday amid the backdrop of hearings into allegations of sexual assault by Supreme Court nominee Brett Kavanaugh.

News 5 found the trend is the same in Cleveland.

According to the Cleveland Rape Crisis Center, there were twice the amount of calls, adding that testimony by Dr. Christine Blasey Ford alleging sexual abuse by Kavanaugh inspired others to speak up.

The center typically receives 17 calls, texts and chats per day, according to Jennifer Schlosser, the center’s Director of Community Engagement. The center received 24 on Tuesday, 34 on Wednesday and 19 on Thursday.

Schlosser said the crisis center has also received donations from people who are giving in honor of Blasey Ford.

Her heart-wrenching testimony before the Senate Judiciary Committee this week triggered emotions for Erika Port, who said she was sexually abused as a teen.

“It was my first relationship,” she said. “I thought that’s what love was.”

Listening for Ford’s testimony brought back emotions that Port has tried to put to rest. But, she said, it’s helping other victims come forward.

“The fact that she’s saying this in front of the whole world to see — I mean, that takes immense strength,” Port said.

Port was sexually abused and raped at the young age of 14.

She reported her abuse when it happened, but said nobody listened.

“It just reminds me how broken the system is for abuse victims,” she said. “People often wonder why we don’t report sooner – I tried reporting when it was happening, but I was failed. People aren’t being believed when they report their abuse.”

Port volunteers with the Rape Crisis Center, helping with the 24-hour text and messaging hotline.