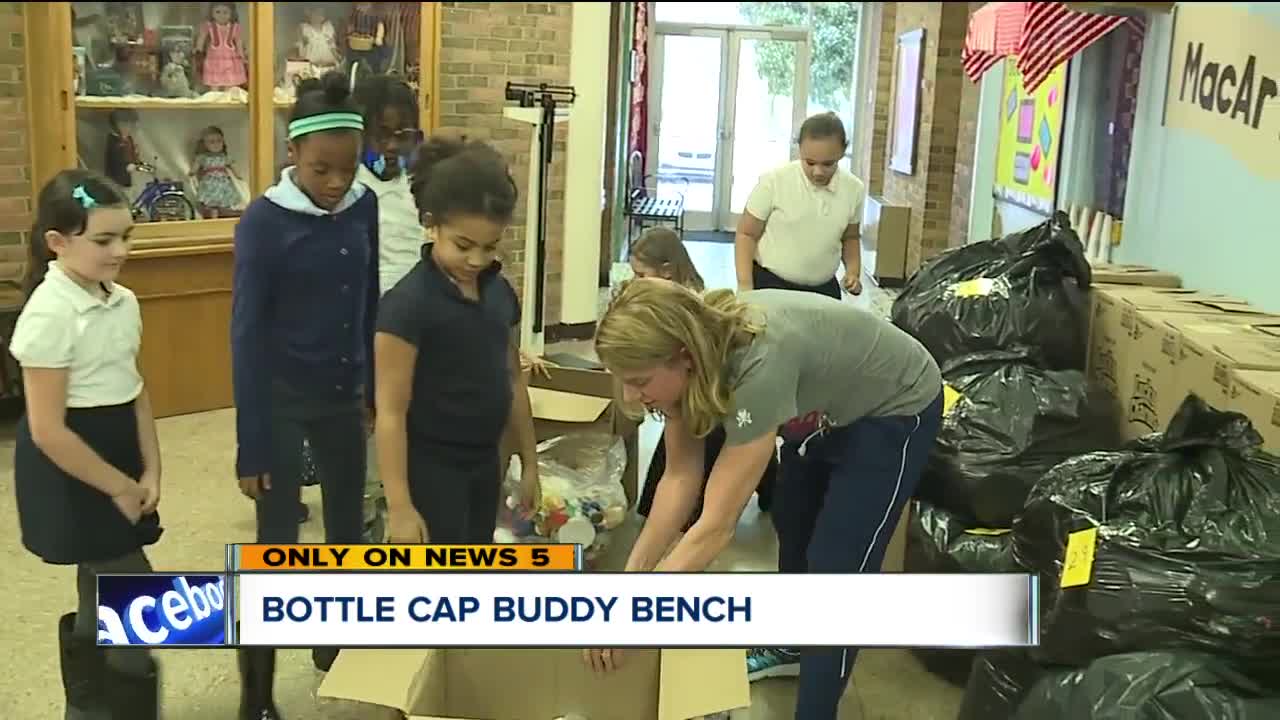 It took more than a year and more than 600 pounds of bottle caps, but a unique project at one Cleveland school is almost a reality. 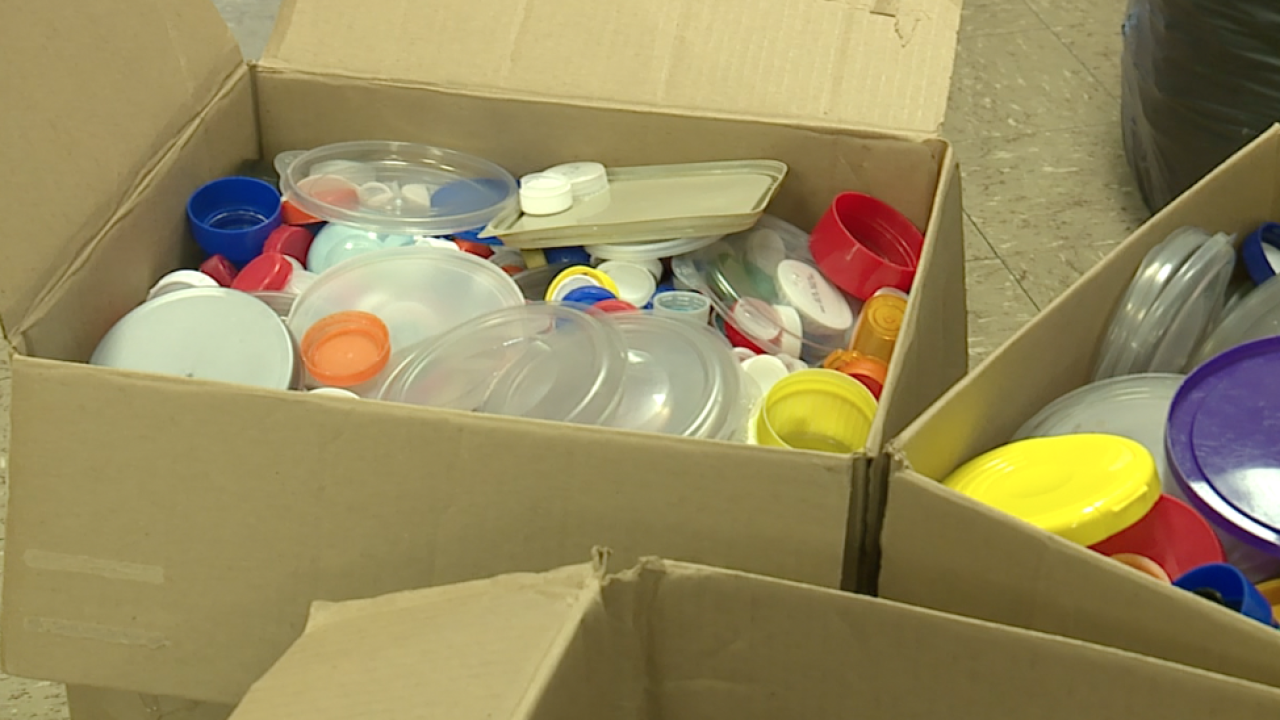 CLEVELAND — It took more than a year and more than 600 pounds of bottle caps, but a unique project at one Cleveland school is almost a reality.

It all started with an idea from Maureen Anderson, the physical education teacher at Douglas MacArthur Girls Leadership Academy, an all-girls pre-K through 8th grade school on the city’s west side.

The goal was to collect enough plastic bottle caps to convert into a “buddy bench” — a simple idea that hopes to eliminate loneliness and social isolation for students.

“I think there’s a lot of issues that the girls deal with that we don’t know,” Anderson explained. “On the outside, we all look alike. But on the inside, there’s all these different problems.”

But they collected way more than enough — more than 600 pounds of bottle caps in all shapes and sizes. They also raised enough money through donations to build three “buddy benches” for all around the school.

“It’s amazing how the girls kept coming in every morning with bags.. and bags.. and bags.. of bottle caps,” said principal Victoria King. “Because it looks like junk but we are going to turn it into something beautiful.”

A group of about eight third-grade girls quickly attached themselves to the bottle cap collection, finding yet another bond.

The project taught the girls several valuable lessons — lessons that educators hope continue when the benches are in place and beyond.

“We want to teach our girls to be compassionate,” King said. “And look at another student and say ‘Hm, something doesn’t seem right. What can I do to help them feel better?’”

And, Anderson said, keep that compassion when there isn’t a bench around.

“Be kind, be nice. Reach out to somebody who looks like they might need somebody,” Anderson said.

She will be taking the tens of thousands of bottle caps to Green Tree Plastics in Evansville, Indiana so they can convert the collected bottle caps into “buddy benches” in the coming months.