Cleveland under construction: Getting RNC ready 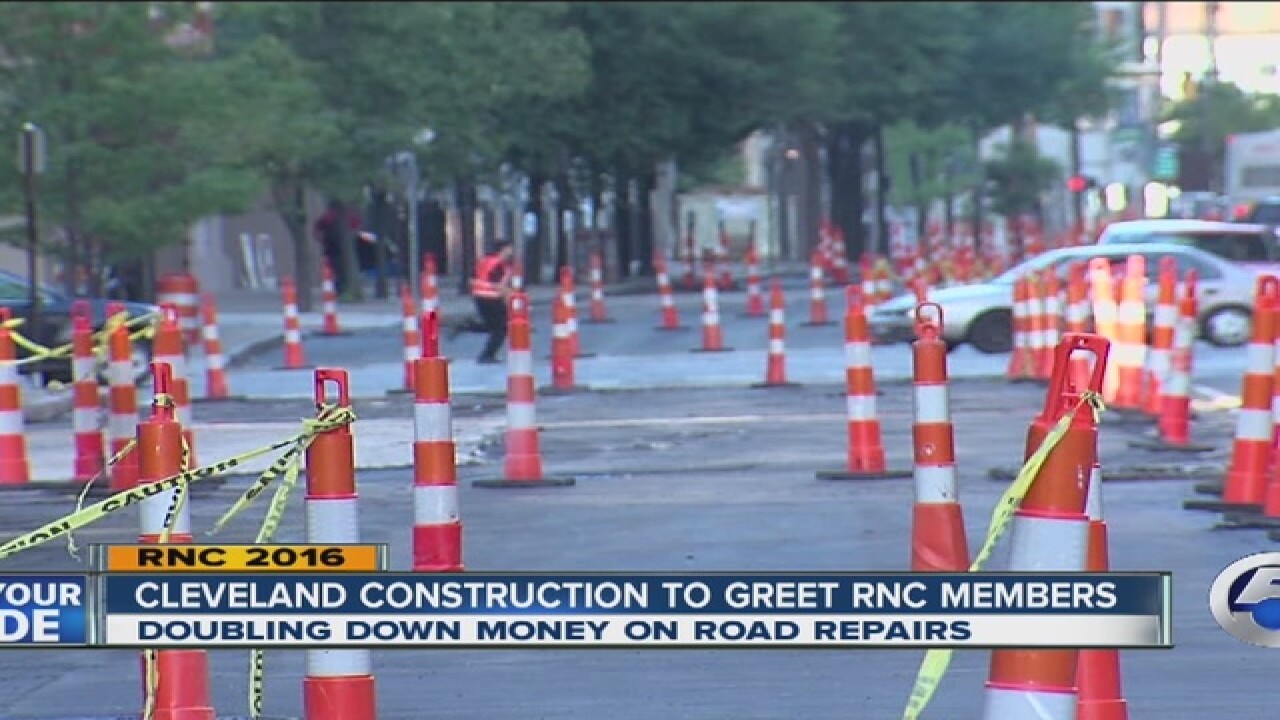 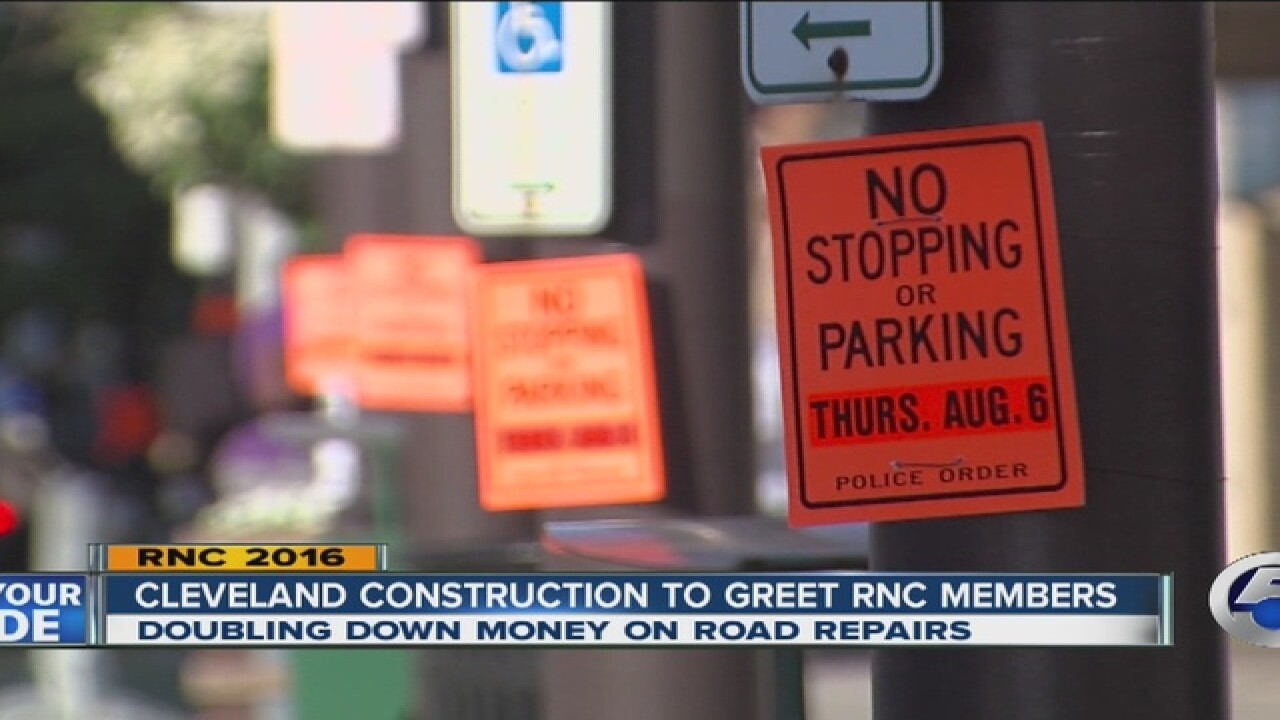 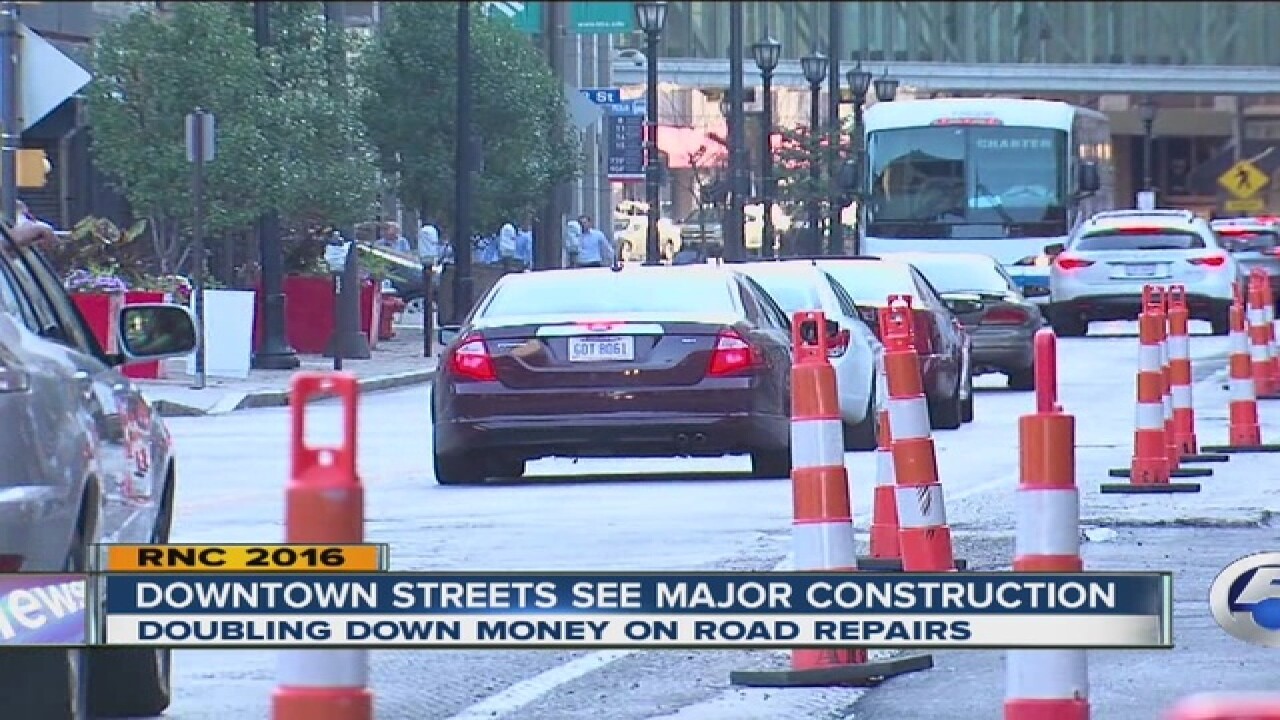 More than 160 members of the Republican National Committee and Republican presidential hopefuls are making their way into Cleveland for the first GOP debate Thursday.

Get all newsnet5.com's Democracy 2016 coverage for FREE with the newsnet5 app: Apple | Android

Not only will they be greeted by city leaders, media and intense security -- they will also be greeted by hundreds of orange barrels.

Downtown Cleveland is one-third of the way through 90 days of construction tearing up Prospect Avenue.

New pavement was poured on Wednesday and the road is down to one lane in each direction.

West 25th Street in Ohio City is also seeing tons of that construction, with the city doubling down money on road repairs.

On Thursday, Huron Avenue from Ontario Street to East 7th Street will be closed in both directions in front of Quicken Loans Arena.

Satellite trucks from local and national media outlets already line the streets, ready to broadcast the debate all over the country.

And the construction will continue long after the delegates leave Cleveland this weekend but the end goal was not the debate. It’s the Republican convention next June and Republican National Committee members have told folks here in Cleveland they like what they see.

“They were very excited that public square is under construction, that Prospect Avenue is being resurfaced, that multiple hotels are being worked on downtown,” said David Gilbert of Destination Cleveland. “It’s all going to be done in time for the convention.”