CLEVELAND — At least some of the whiskey made in Cleveland Whiskey's downtown location was destined to have its passport stamped for sales overseas.

"We had done all the work to get on the shelves to make our brand present," said Cleveland Whiskey Founder Tom Lix. 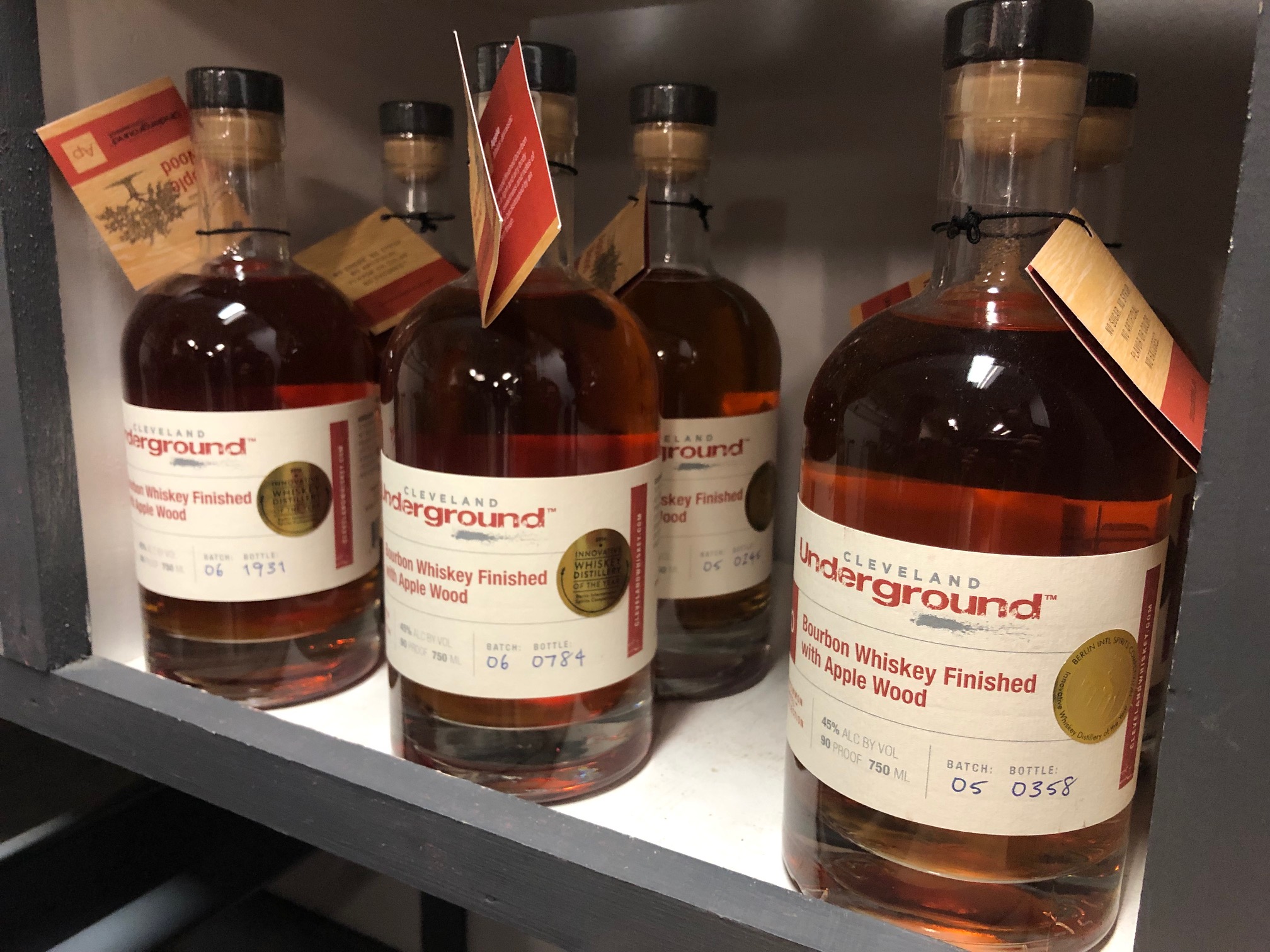 Cleveland Whiskey product sits in the retail space of its downtown Cleveland location.

But in early 2018, President Trump's tariff threats disrupted that plan. 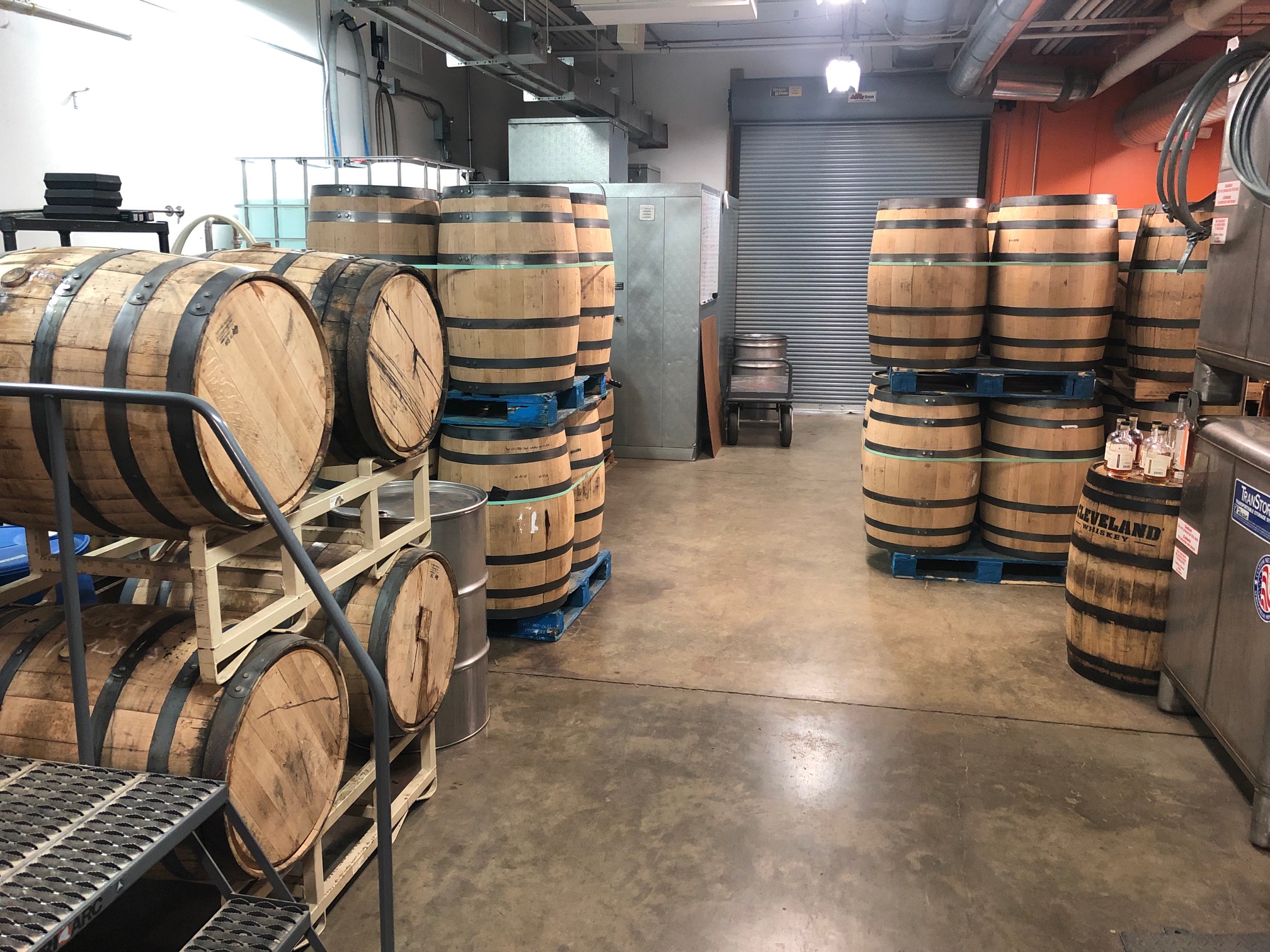 Even though barrels are a common sight around distilleries, Lix says he uses them to age his product less than other distilleries. These barrels are sometimes traded with craft breweries to offer new flavors to both craft beer and whiskey.

The threat was followed by tariff threats from Europe on uniquely-American products, like Harley Davidson and bourbon whiskey.

"It made a whole lot of sense to say, 'Ok, this is the retaliatory tariffs," said Lix. "Everybody at the time sort of thought, 'Ok, that would bring everybody to the table.' It didn't." 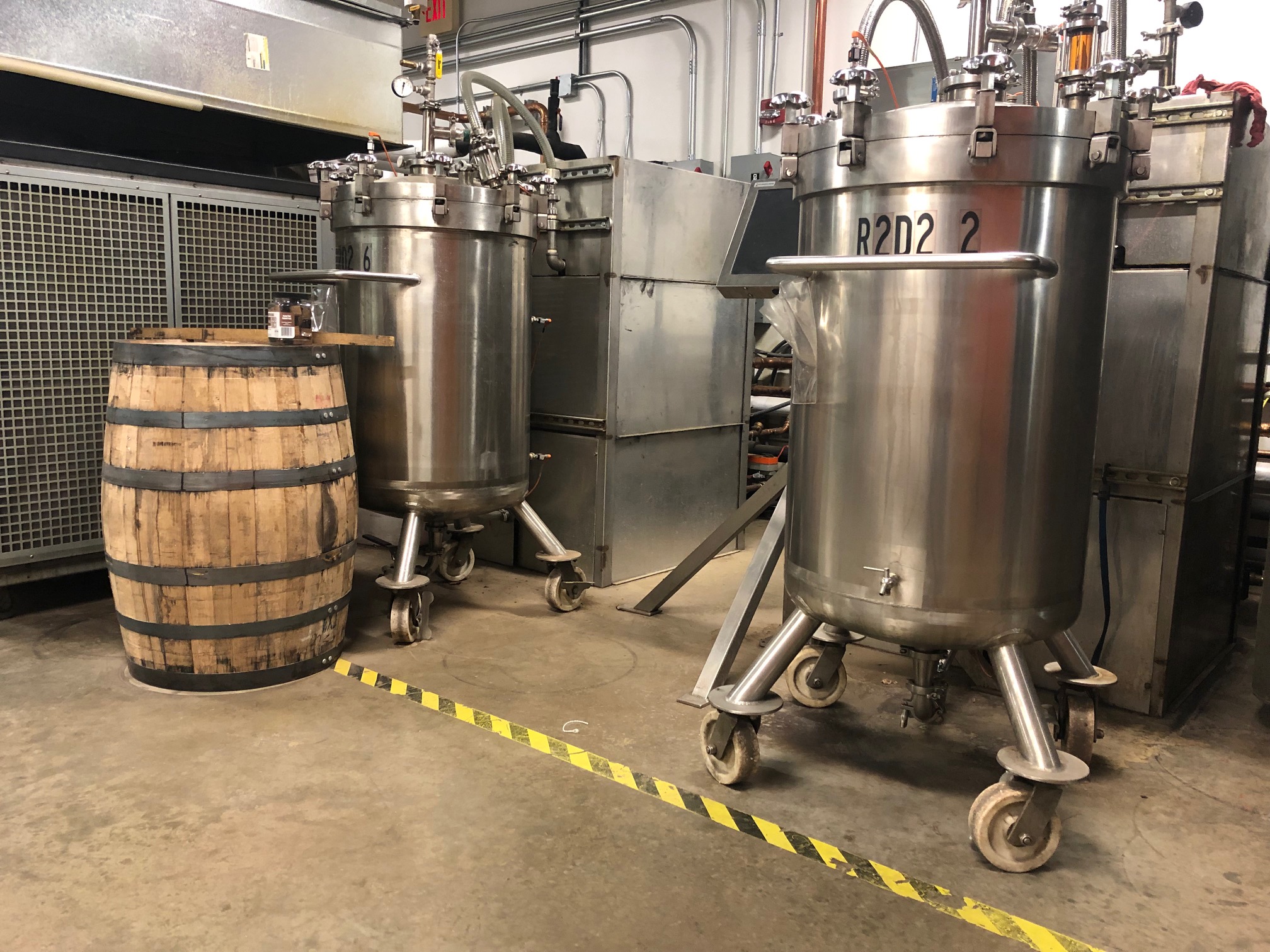 Lix uses these metal vats, wood blocks, and machinery that changes the pressures inside the vats to give his whiskey the desired flavors without having to store them in barrels for years.

The tariffs didn't take effect until about three months later, but the damage was done.

Just the threat of a whiskey tariff caused international business partners to cancel their orders from Cleveland Whiskey because it would be too expensive to get the product into Europe. 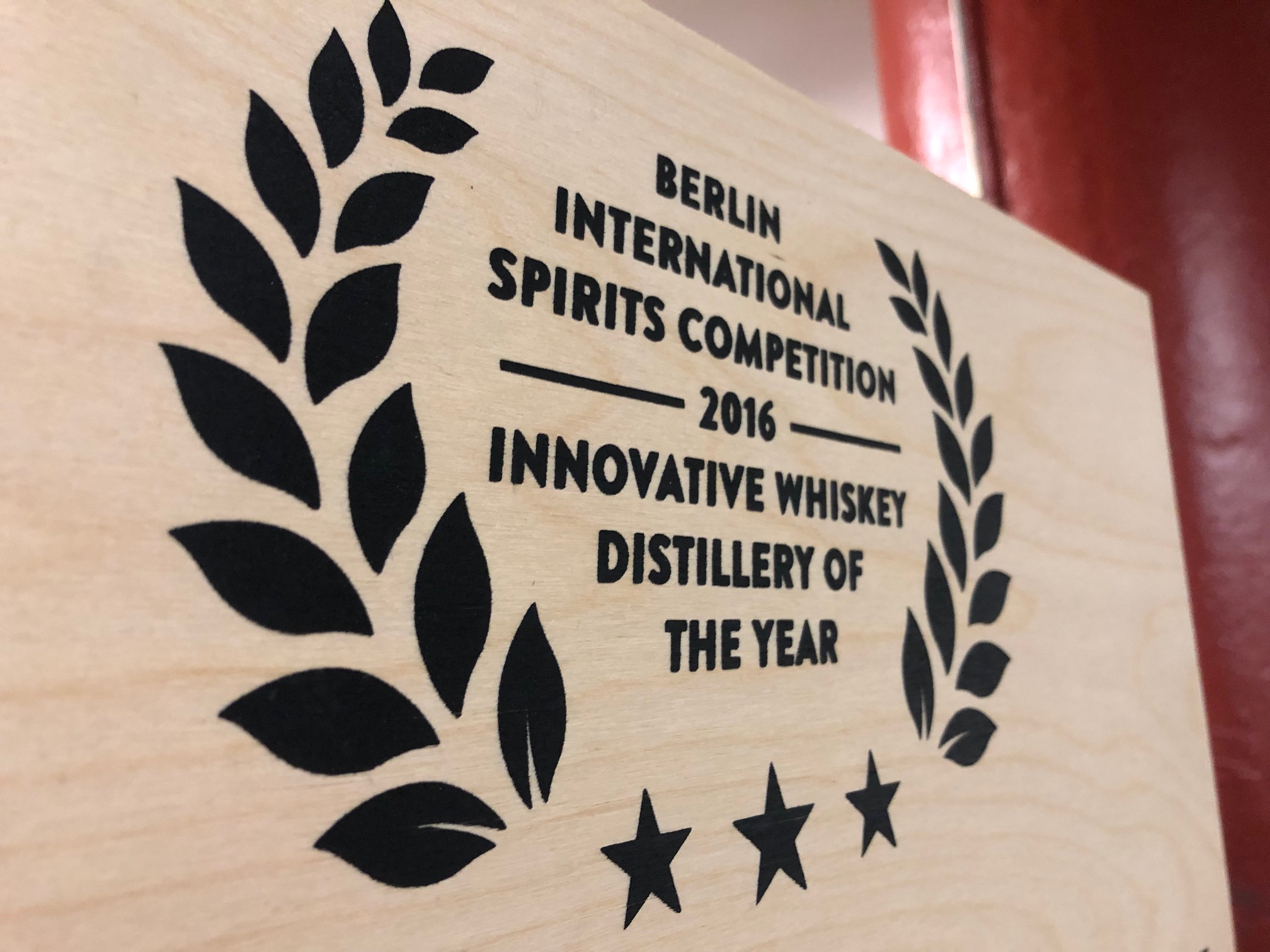 Lix spent time and resources breaking into the European market, partially by entering competitions and winning awards to increase the product's name recognition in the region.

"Your final price on the shelf might be 50 percent higher than it normally would be," said Lix. "That keeps us out of the market." 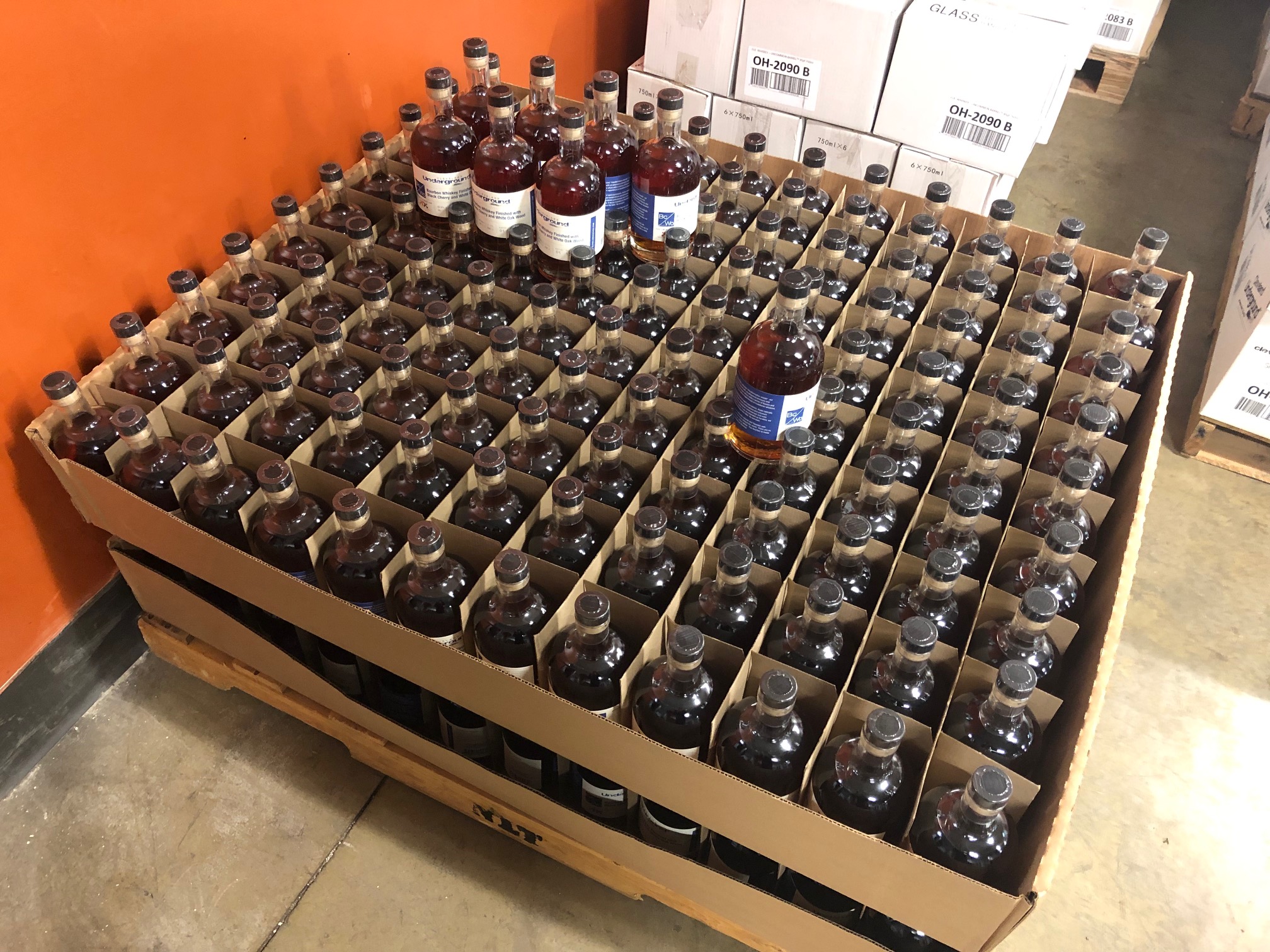 Specially labeled bottles sit in Cleveland Whiskey's downtown space after being used for a fundraiser.

After the tariffs took effect, the Distilled Spirits Council says the whiskey industry saw a significant drop in exports to Europe.

"For the first time, data can demonstrate the negative impact of retaliatory tariffs on what had been a booming export growth story," said Council Senior Vice President for International Affairs Christine LoCascio. While it was another record year for total U.S. spirits exports, reaching almost $1.7 billion through November, the retaliatory tariffs had a measurable impact on American whiskey exports, particularly to the EU, the largest market at $675 million (Jan-Jun: $363 million; Jul-Nov: $312 million). In fact, American whiskey exports to the EU for the first half of the year were growing at a brisk 33 percent but took a sharp downturn following the imposition of tariffs, declining -8.7 percent compared to the same period in 2017 (July-Nov.).

Ohio Senator Rob Portman says President Trump has talked about expanding the steel tariffs to include car parts made overseas that come to the United States from Europe. Senator Portman says he worries that could reduce the number of jobs in the American car industry even before Europe could retaliate again. 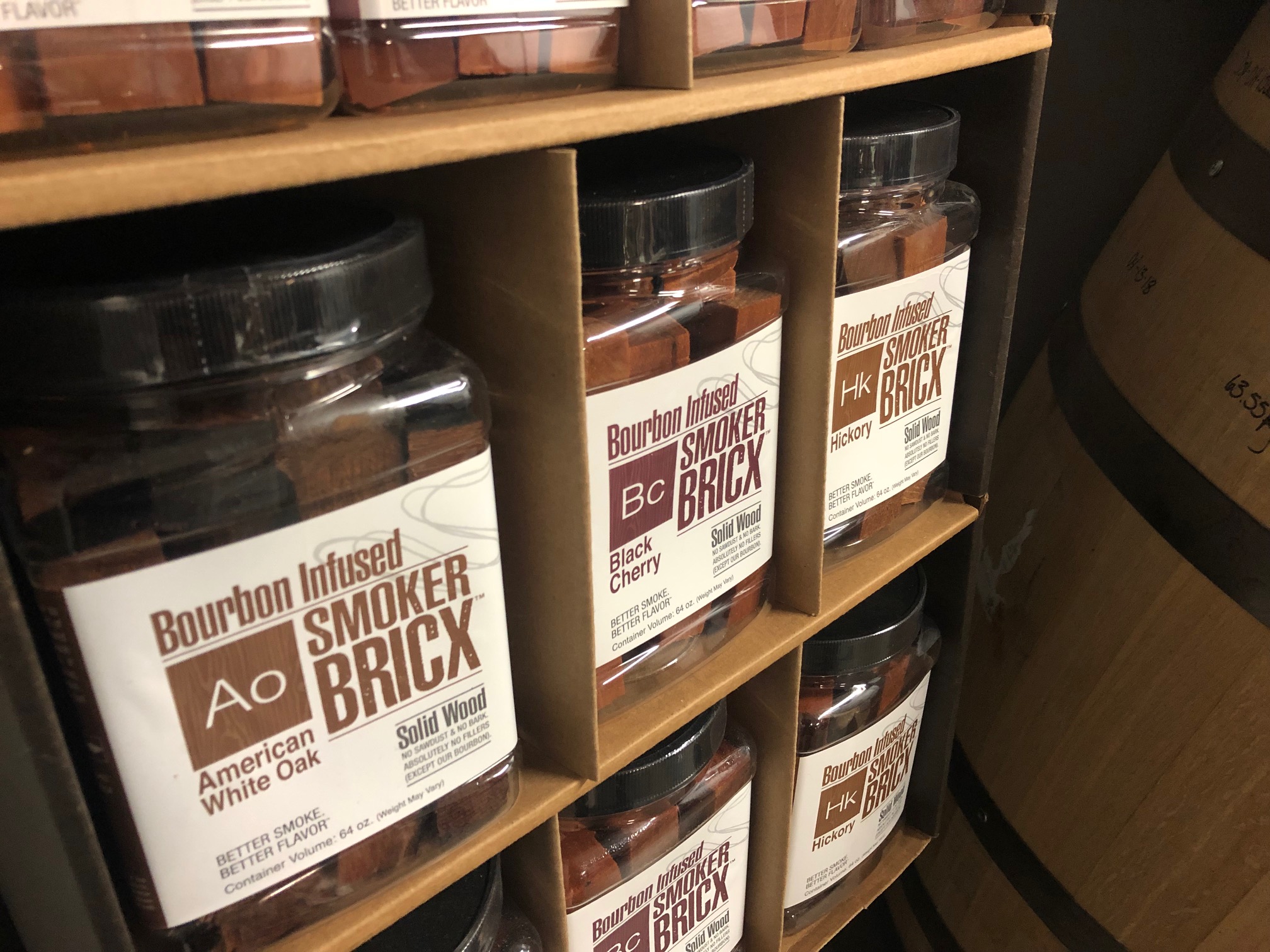 Since Lix doesn't need barrels to age his whiskey, these wooden blocks are used to give the whiskey a similar flavor. Lix can use woods that normally wouldn't make for good barrels, and can sell the wood blocks to be used on grills.

"Our big three American automakers are all against it because it would actually increase their costs of production and make them less competitive in America," said Senator Portman.

Lix says years of work breaking into the European market is already likely down the drain.

"Once those tariffs are resolved, we'll start from the beginning again so all the hard work we did was pretty much wasted," said Lix. 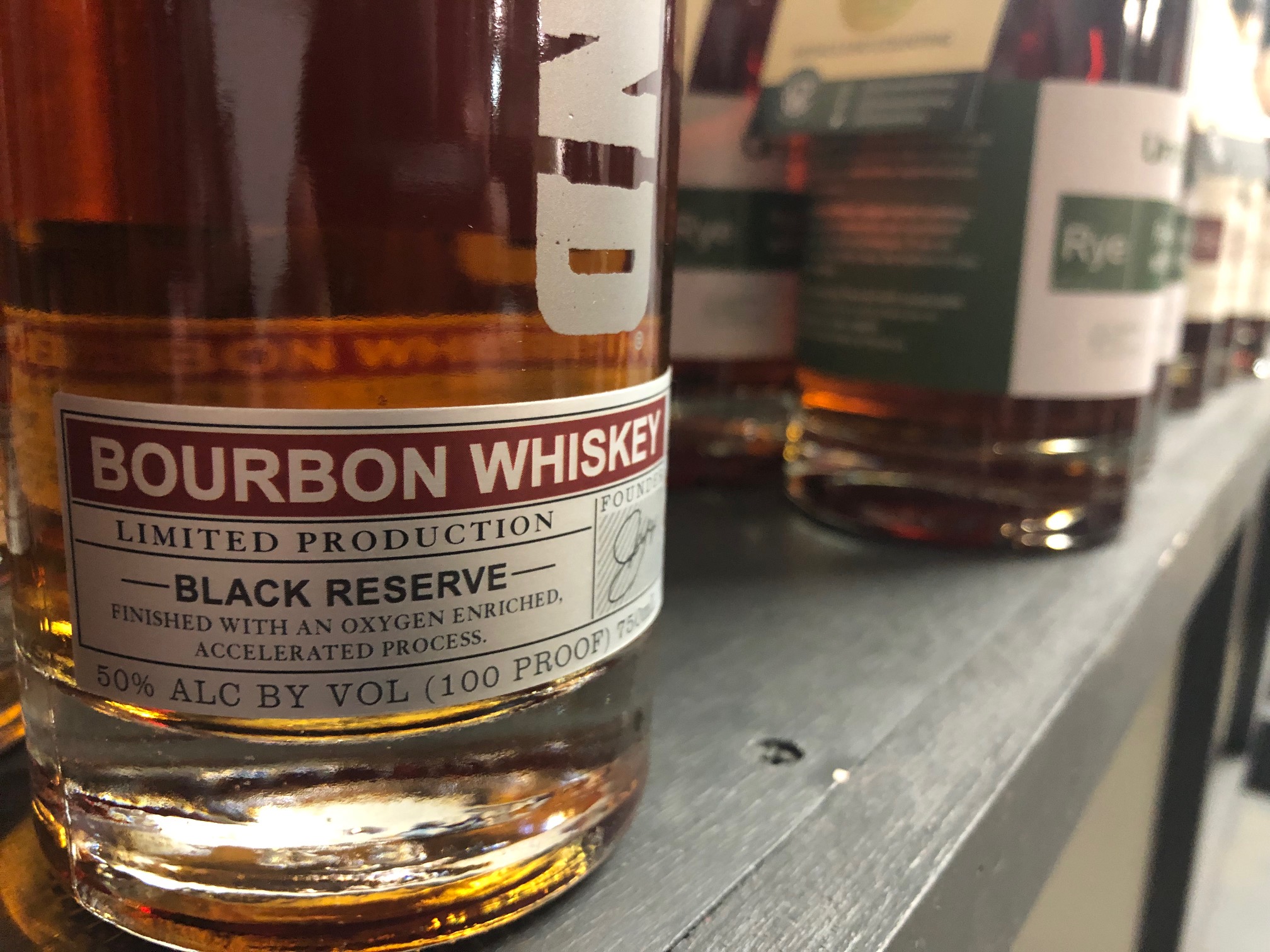 A bottle of bourbon at the Cleveland Whiskey downtown location

Bigger distilleries can drop the price of their products to offset the tariff and stay on European shelves a little easier than Lix can. He says Cleveland Whiskey is going to consider dropping the prices in the near future because being in the European market may we worth giving up profit in the short term.

After doing about 10-15 percent of Lix's roughly $2 million business overseas in 2017, "I didn't sell a single bottle in Europe last year, not a single bottle," said Lix. "And we were ready to."