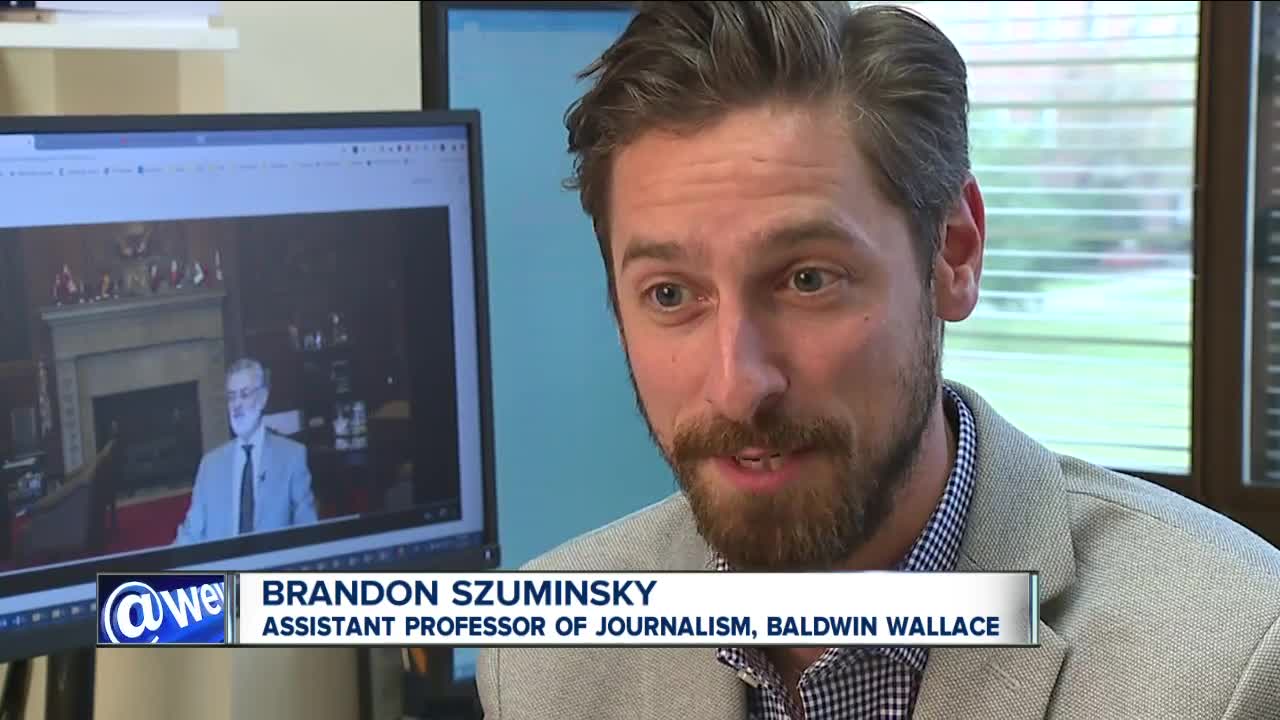 Brandon Szuminsky is an assistant journalism professor at Baldwin Wallace University and said he was alarmed after watching Mayor Frank Jackson's video message compared to the unedited footage. 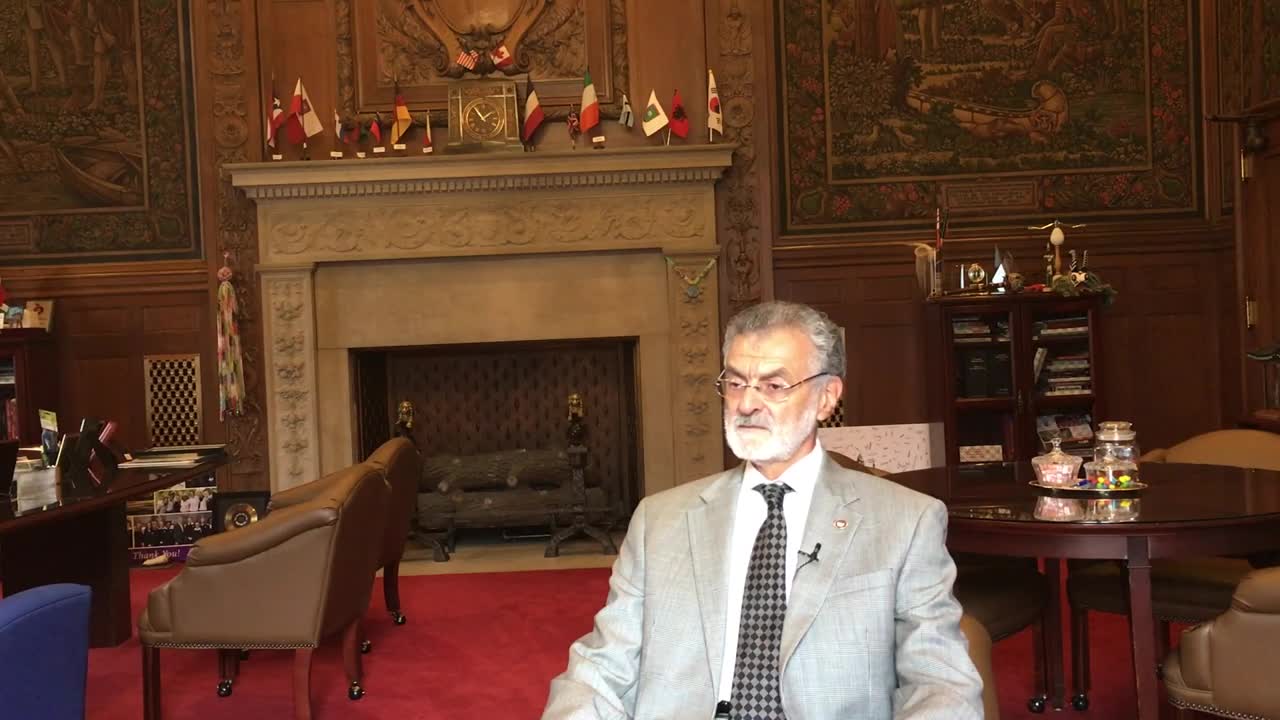 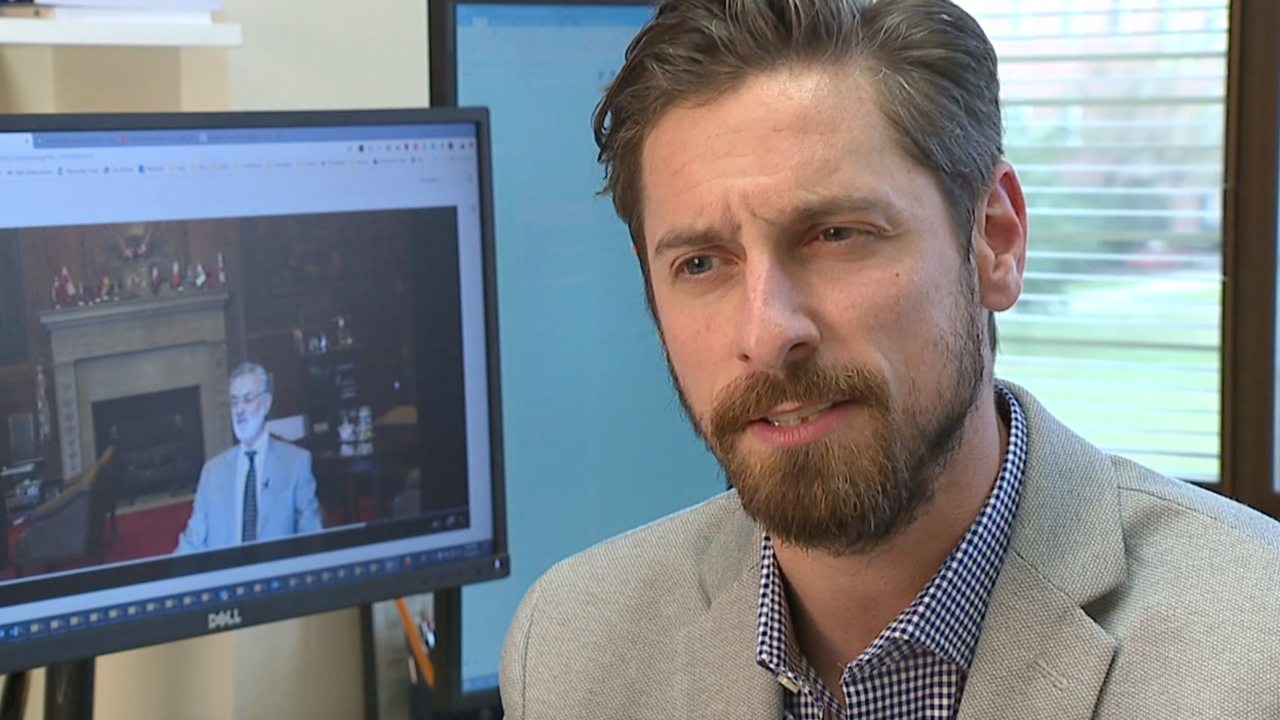 CLEVELAND — A local communication expert is now weighing in on a controversial online message from Cleveland Mayor Frank Jackson.

The video is in response to allegations that Jackson interfered in a homicide investigation involving his grandson.

Brandon Szuminsky is an assistant journalism professor at Baldwin Wallace University and said he was alarmed after comparing the video message posted by the city to the unedited footage.

The raw video, released Friday after requested by News 5, appears to show Jackson prompting a local reporter to ask him specific questions in an interview recorded on Wednesday, Sept. 11.

“First of all, we should have never had to ask for the unedited video,” Szuminsky said. “But when we finally saw the questions that were posed, I mean, there’s significant discrepancies between what was presented in the Mayor’s video and what we see in the unedited version.”

Szuminsky said he has ethical concerns about the entire exchange between Mayor Jackson and the reporter.

“I think the most compelling moment was when the reporter finished the interview and the mayor essentially stopped him and gave him essentially a script to provide for him to respond to,” Szuminsky said.

Additionally, the video message shared by the city on Thursday displays a series of questions on the screen.

However, some of those questions were never asked by the reporter and some were heavily paraphrased.

He added that he plans to use this very instance as a teaching tool in his Introduction to Journalism class next week.

“I’m working with students and they’re just learning how to be journalists,” Szuminsky said. “You try to warn them that people in power will try to take advantage of them, but there’s nothing better than seeing it right in your own hometown.”

We have linked the raw, unedited video footage at the top of this web story.

RELATED: Interview with mayor includes 2 questions that were never asked