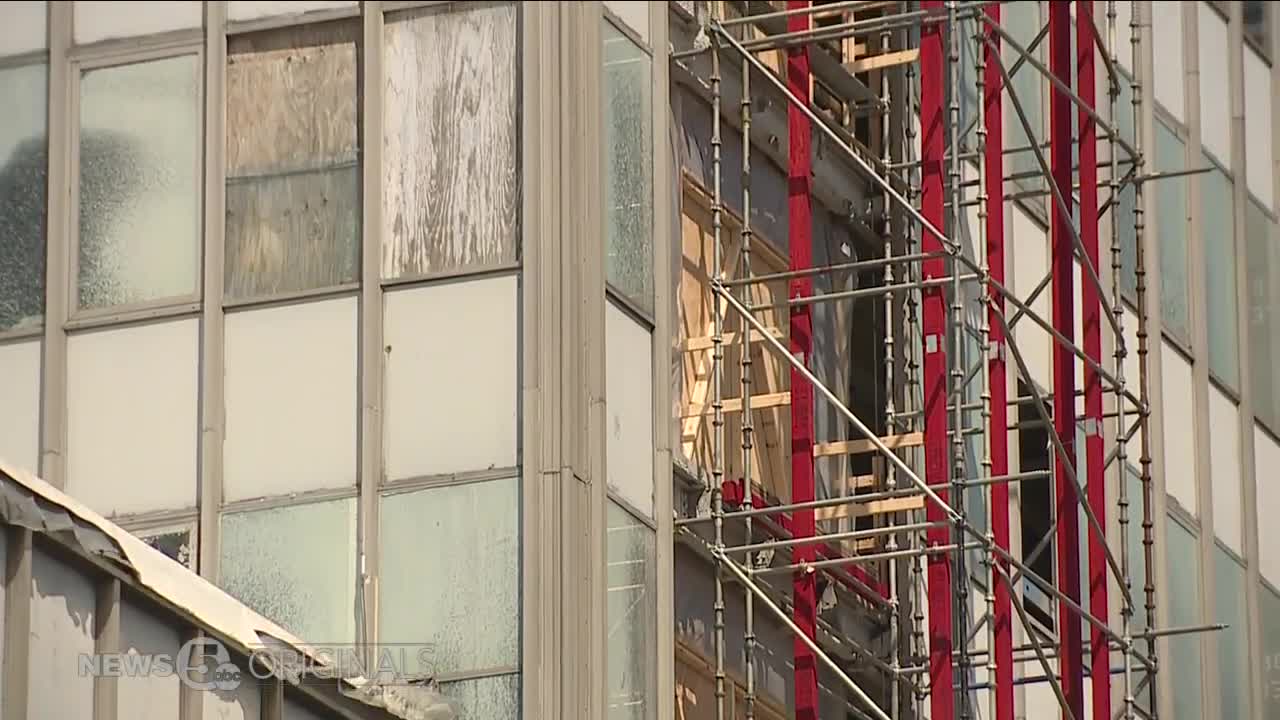 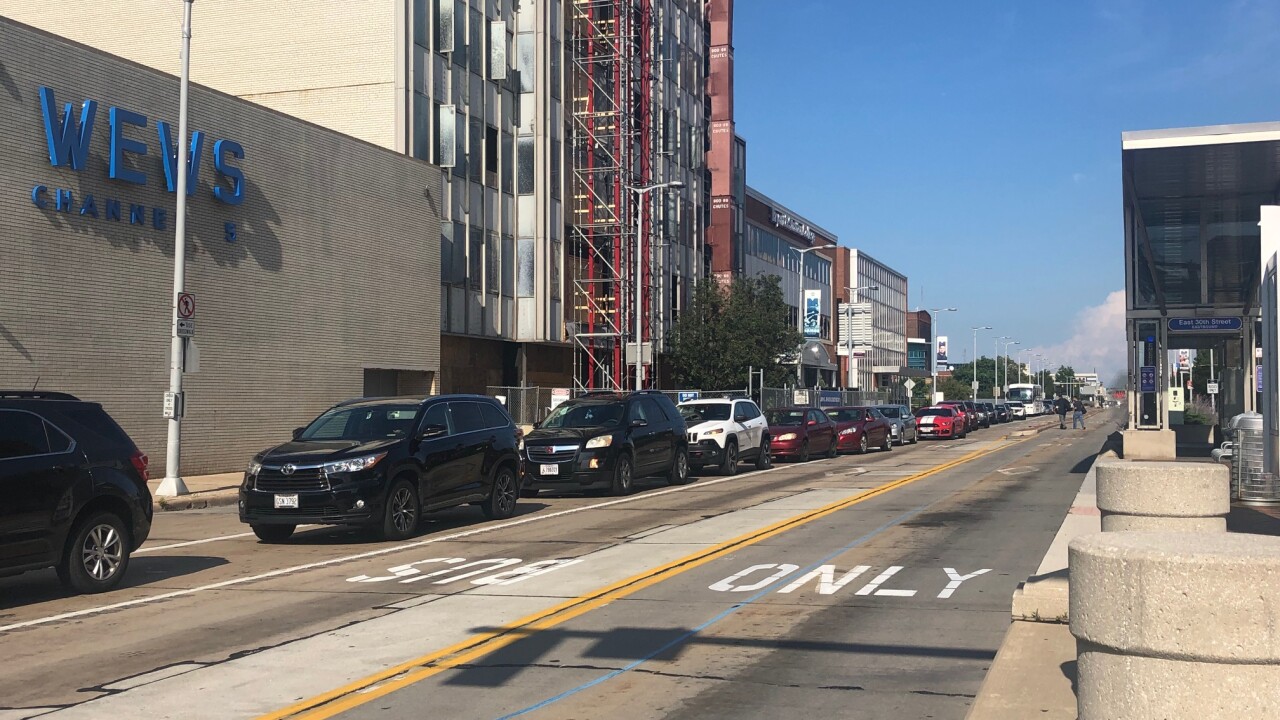 CLEVELAND — Billions of dollars in investment along Euclid Avenue has led to new construction projects popping up, bringing back the glamour from its days as "Millionaire's Row."

All that work can make it hard for traffic and pedestrians to get through, while pedestrians lose sidewalk space and cars are forced into bus lanes to avoid construction crews.

"This happens every day," said one bus rider on the mid-street RTA stop at Euclid Avenue and East 30th Street.

The bobbing and weaving in traffic on Euclid can be a show.

"It's quite an orchestra out here," said contractor Chris Wojcik.

If he's the metaphorical conductor, while his construction site temporarily pushes car traffic into the bus lane that runs by, passerby's have a free front row seat to what follows.

"Somebody on a little scooter just drove in the bus lane," said one RTA rider.

The constant construction on Euclid can't be separated from the RTA's Healthline.

Better transportation with the introduction of the Healthline has already paid off.

RTA says because of that better transportation along Euclid, there has been:

And there is more on the way.

"When one building is done, hopefully, another one will be under construction," said Freilich.

The price for drivers is paid in shrinking city streets.

"Squishes everything together, buses, cars," said David Early while he walked by.

"You see some traffic isn't paying attention to the signal, so they stand in the bus lane," said Wojcik.

"Everyone is kind of at a standstill," said another pedestrian.

Freilich says RTA has factored in those delays to their bus schedules," so that customers can still be delivered to or from downtown at the time we've promised," said Freilich.

But that doesn't stop the occasional back up, impatient, or confused driver. Over the course of about 20 minutes in peak rush hour, News 5's crew saw two drivers speed around traffic by entering the bus lane and a driver turn the wrong way down Euclid Avenue before realizing their mistake.

"Look at this," said one surprised driver while another driver sped by. "He ain't supposed to be doing that."

Much of the feedback Wojcik gets he's better off keeping to himself.

"Not all the words are pretty but you deal with it," said Wojcik.

It's a growing pain some people don't mind, for a city trying to keep the curtain from closing on a downtown revitalization that could be it's best performance yet.

"Cleveland is bustling, downtown is bustling," said Freilich. "It that means it takes a minute longer than if there was nobody living here, that's OK. You don't want to go to the nobody-living-here situation."