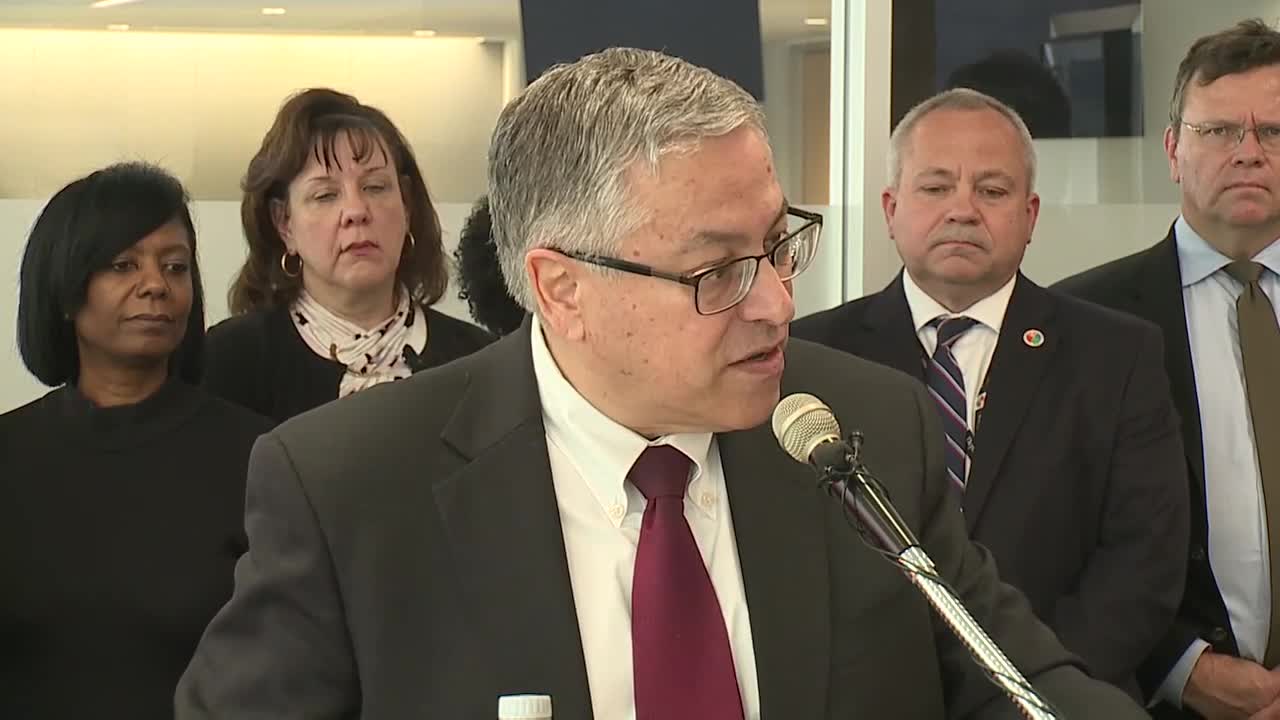 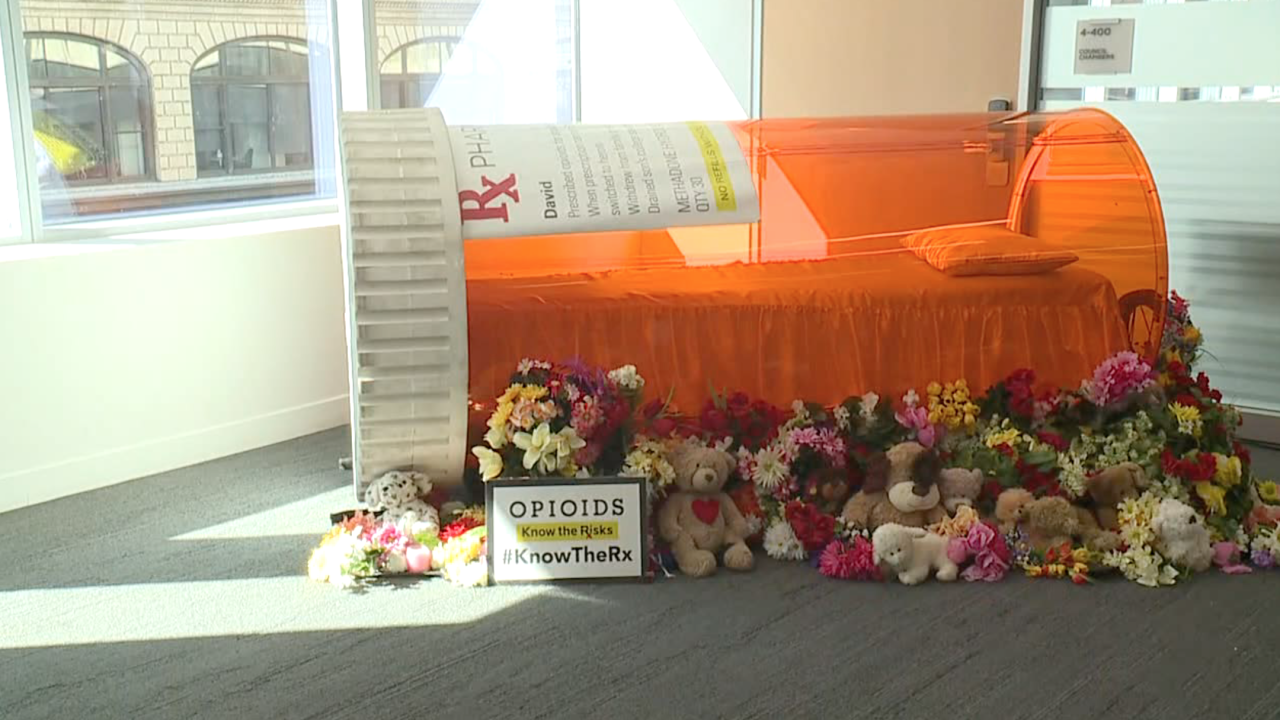 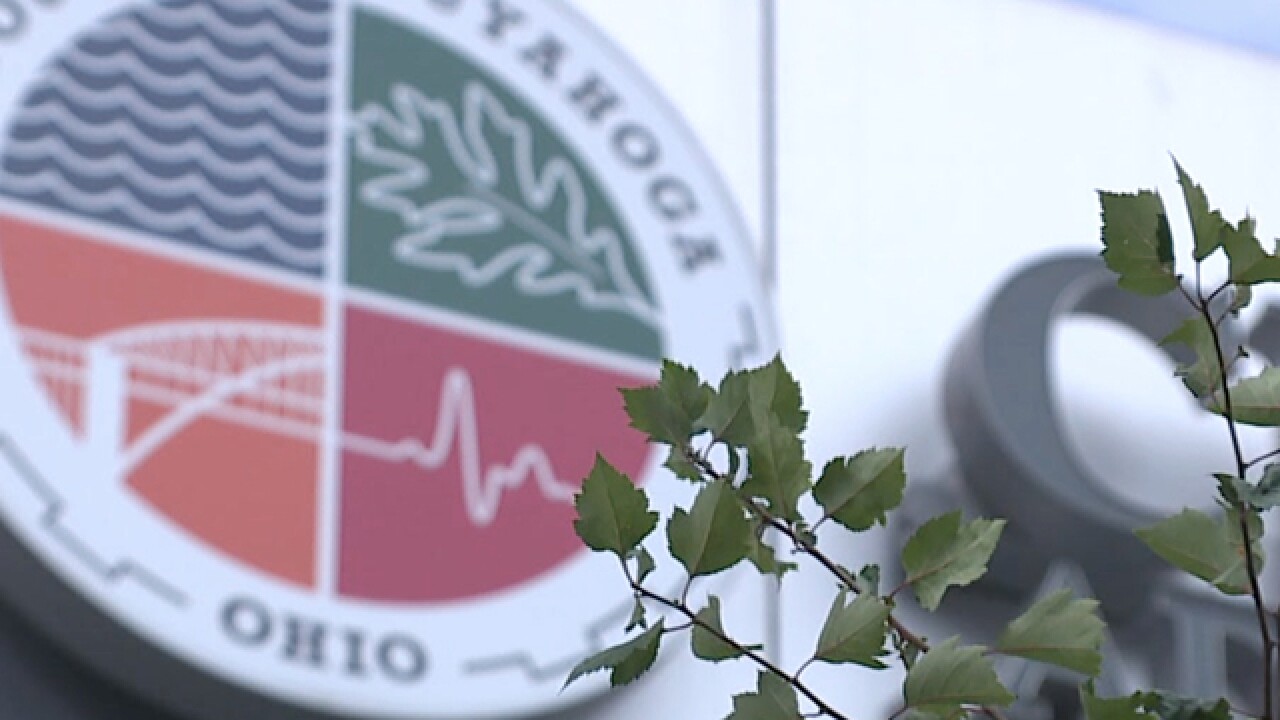 To underscore the devastating affects of opioids on public health, county officials held the news conference in front of a giant prescription pill bottle made to look like a coffin.

According to Cuyahoga County Executive Armond Budish, the county filed a lawsuit against drug makers, distributors who were "instrumental in promoting opioids for sale and distribution nationally and in Cuyahoga County."

The Opioid Mitigation Crisis Plan will use the $23 million the county received as a settlement to fund "evidence-based, impactful, sustainable programs with a focus on prevention, treatment and recovery,” according to Budish.

Budish says that while $23 million may at first glance seem like a lot, it’s just a drop in the bucket compared to the hundreds of millions of dollars that the county will have to pay out to combat the opioid crisis in the coming years.

“Cuyahoga County is in the midst of an opioid epidemic. Due to a handful of corporations that put their desire for profits over the health and well-being of the community, our community is suffering the consequences of this plague,” said Budish. “We are working to recover some resources necessary to pay the costs which we’ve already incurred and are likely to incur for years to come. Working with County Council, the County Prosecutor’s Office and our community partners, we are developing an Opioid Crisis Mitigation Plan to use the funds from the settlements and trial to directly address the tremendous needs of our community resulting from this crisis.”

For example, according to Budish, the number of children in county custody is the highest it has been in 10 years. This week, there are around 2,900 children in custody.

County officials said they are developing short and long-term plans to use funds from current settlements and future trials to directly address the needs of the community through a regional collaborative effort.

The county also plans on increasing diversion programs in the justice system to stem the influx of drug offenders residing at the county jail. The programs will receive $2.5 million from the county, according to officials.

“Too many of our residents who suffer from addiction and mental health problems are in our jails,” said Budish. "This is not how it should be. We need an approach that gets these folks to the treatment that they need outside the jail setting.” Officials say the diversion programs are set to launch sometime next year.

MetroHealth will receive more than $1.5 million to help inmates at the jail detox and be treated for addiction problems by trained professionals who specialize in treatment, substance withdrawal and suicide prevention, according to county officials.

In addition, the county said it plans on adding four additional prosecutors to support Children and Family Services due to their growing case load. It will also add an epidemiologist and another social worker.

The Sobriety, Treatment and Recovery Teams (START) Program at Children and Family Services will receive about $3.5 million to help mothers and newborn children who have developed a chemical dependency.

Another issue the county is currently facing is a lack of residential treatment beds for recovering drug users. The Alcohol, Drug Addiction and Mental Health Services (ADAMHS) Board will receive more than $5 million to add 32 more beds and to expand its Partial Hospitalization and Intensive Outpatient Program. The additional beds will allow the ADAMHS board to treat hundreds of additional patients.

St. Vincent’s Charity Rosary Hall will receive $2 million from the county to help pay for the recovery of the more than 300 people that come to its emergency room due to overdosing on opioids. The goal is to give patients access “to the right care at the right time,” according to the county.