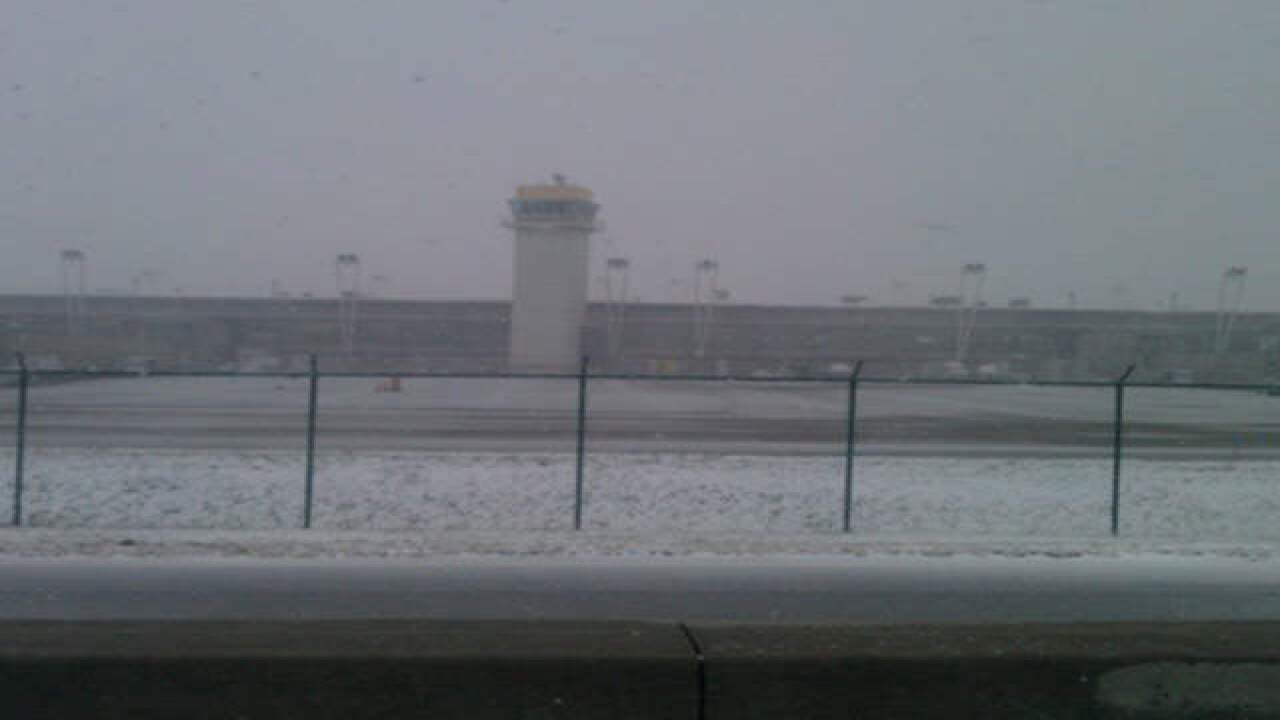 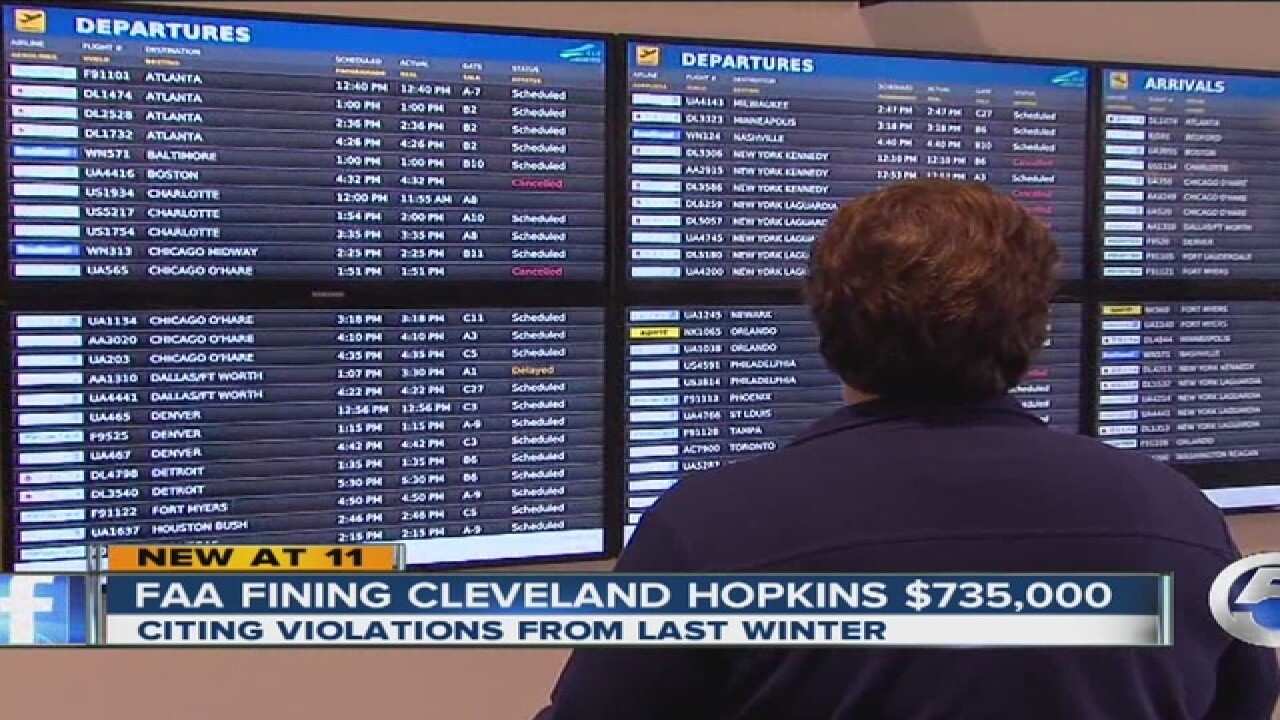 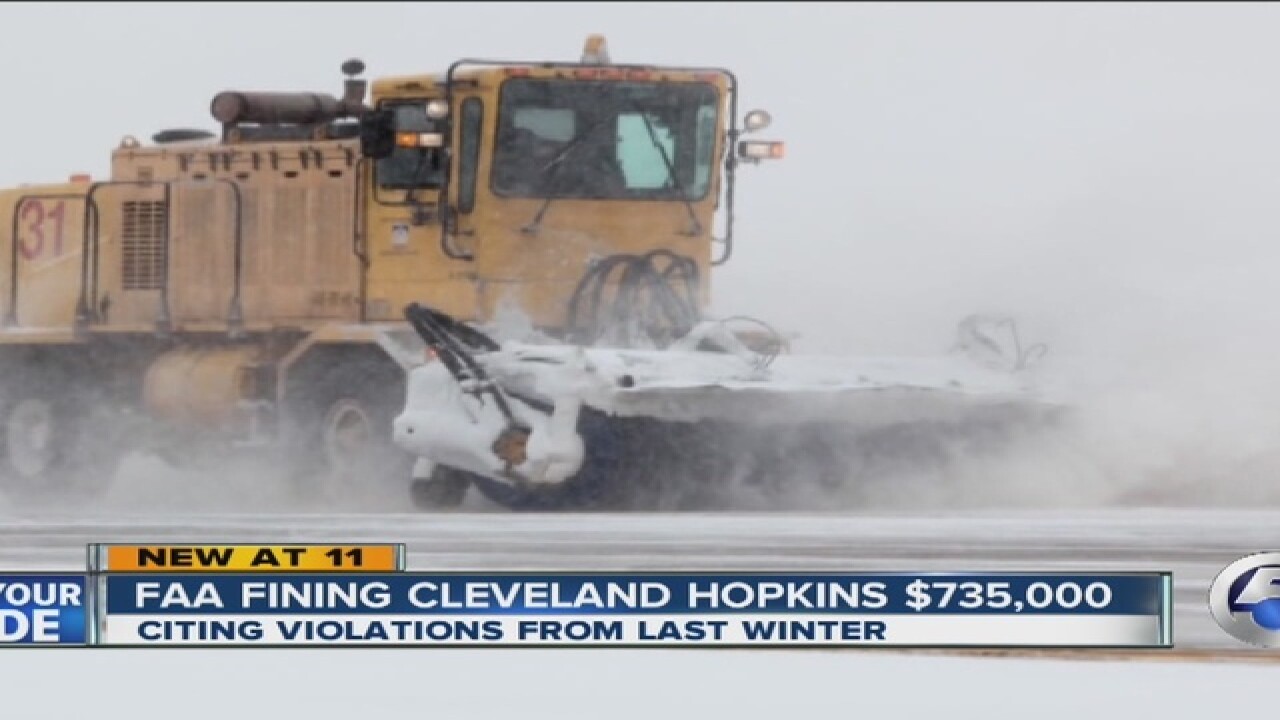 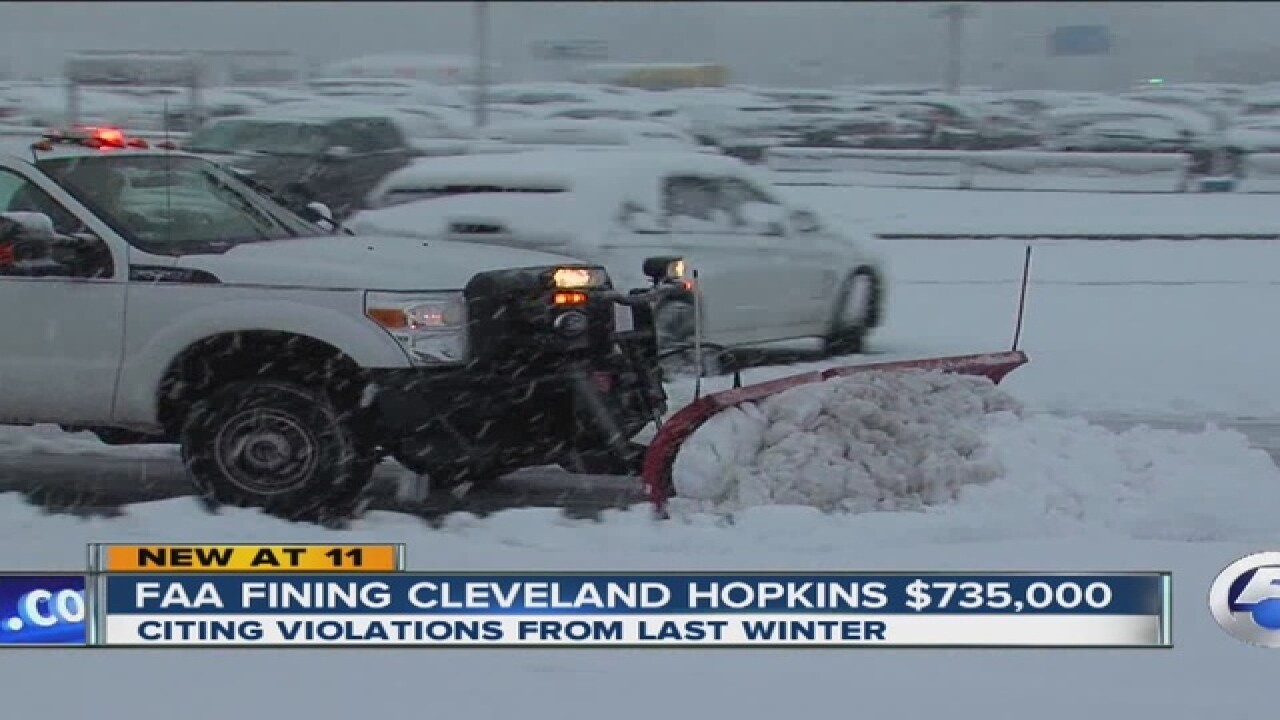 Our app users learned about this story first.  Download our newsnet5 app here  to stay up to date on breaking news.

According to letters obtained by newsnet5.com, the FAA is imposing civil penalties totaling $735,000 for not having proper staffing and de-icing equipment available during the storms, potentially putting passenger safety at risk.

In one case, on Feb. 28, only four out of 18 maintenance operators were on duty.

Dozens of dates show violations occurring on dates stretching between January to March.

The fines back up claims by whistle-blower Abdul-Malik Ali, the former head of airfield maintenance, who initially brought the concerns to the FAA's attention and said he was later demoted for the action, essentially working in a "broom closet."

He said that Ali blew the whistle because he was concerned about safety.

"It's necessary to impose such a serious penalty to get their attention because they clearly didn't live up to their prior agreements," Chandra added, referring to an agreement about a "snow and ice plan" made between Hopkins and the FAA after incidents during winters in 2013 and 2014.

"I hope the Mayor of the city of Cleveland will sit up and say, 'Wait a minute, we must be doing something wrong here, and we need to fix it,'" Chandra said.

In response, the city of Cleveland and airport officials only released the following statement Tuesday afternoon:

The City of Cleveland has received notices of violation from the Federal Aviation Administration (FAA) and our Law Department is reviewing and preparing responses. We have been and will remain in on-going discussions with the FAA throughout this process.

You will find a list of letters from the FAA to Cleveland-Hopkins acting director Fred Szabo outlining violations below: