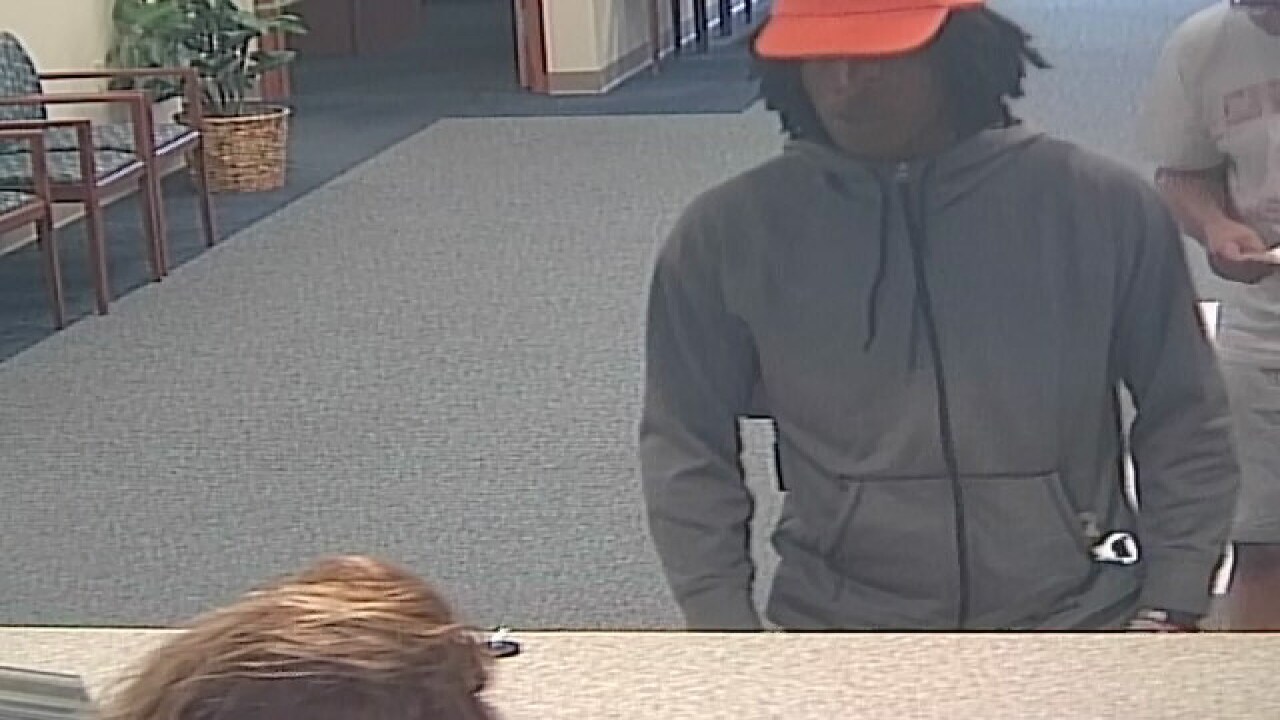 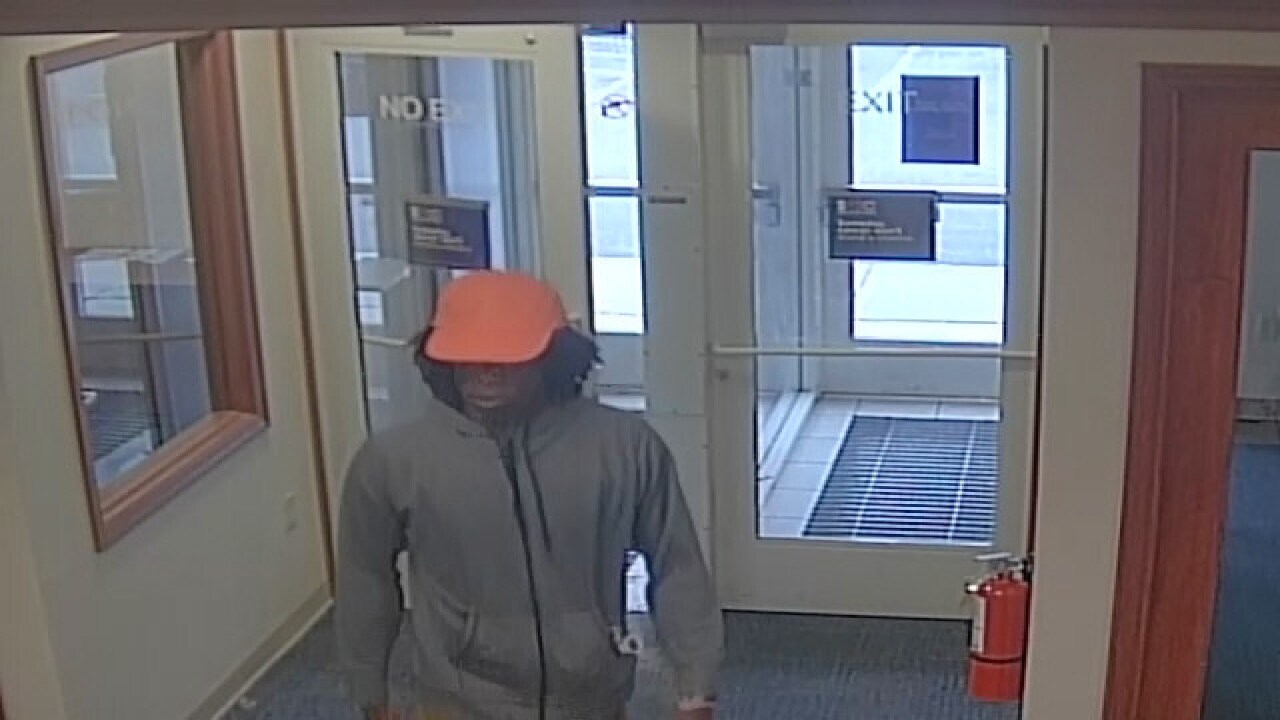 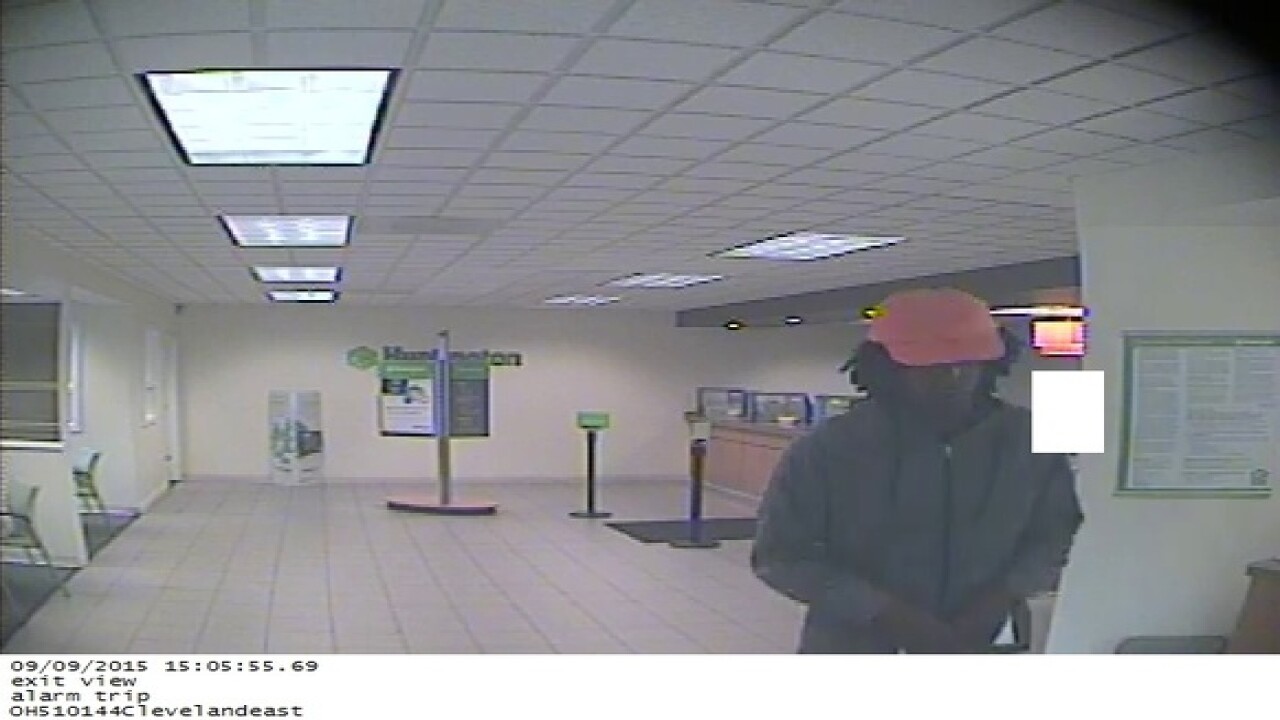 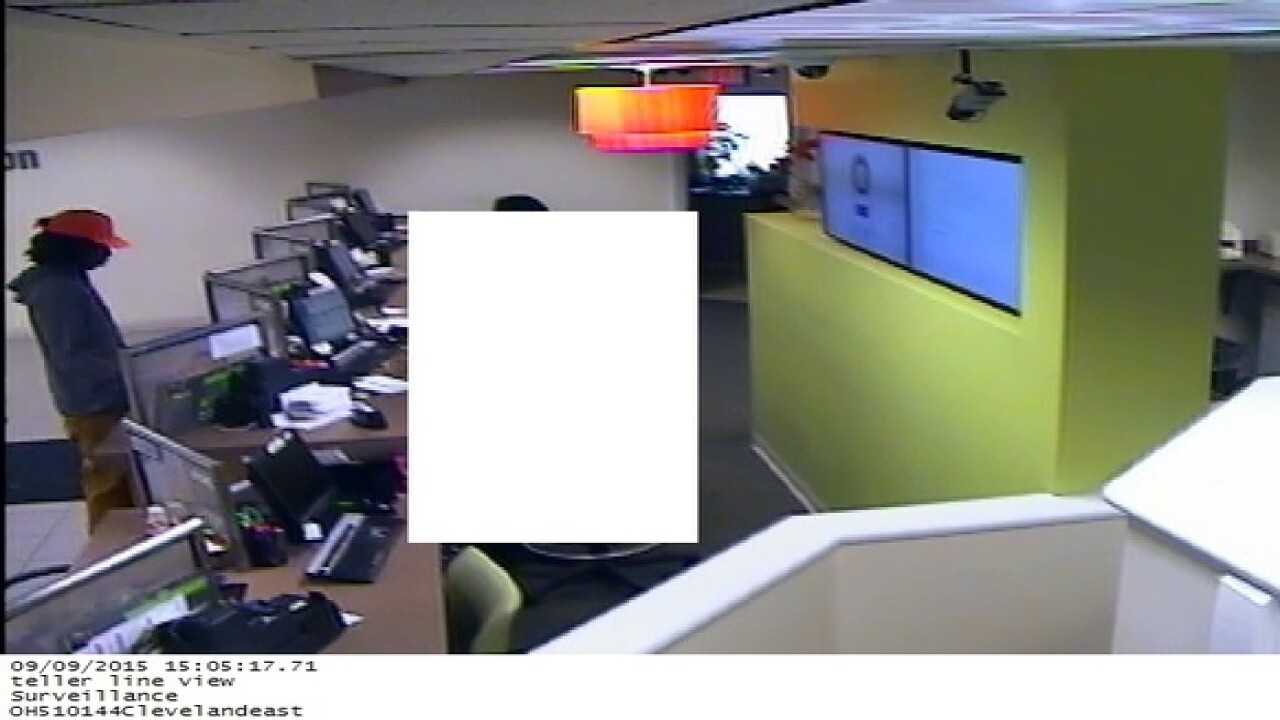 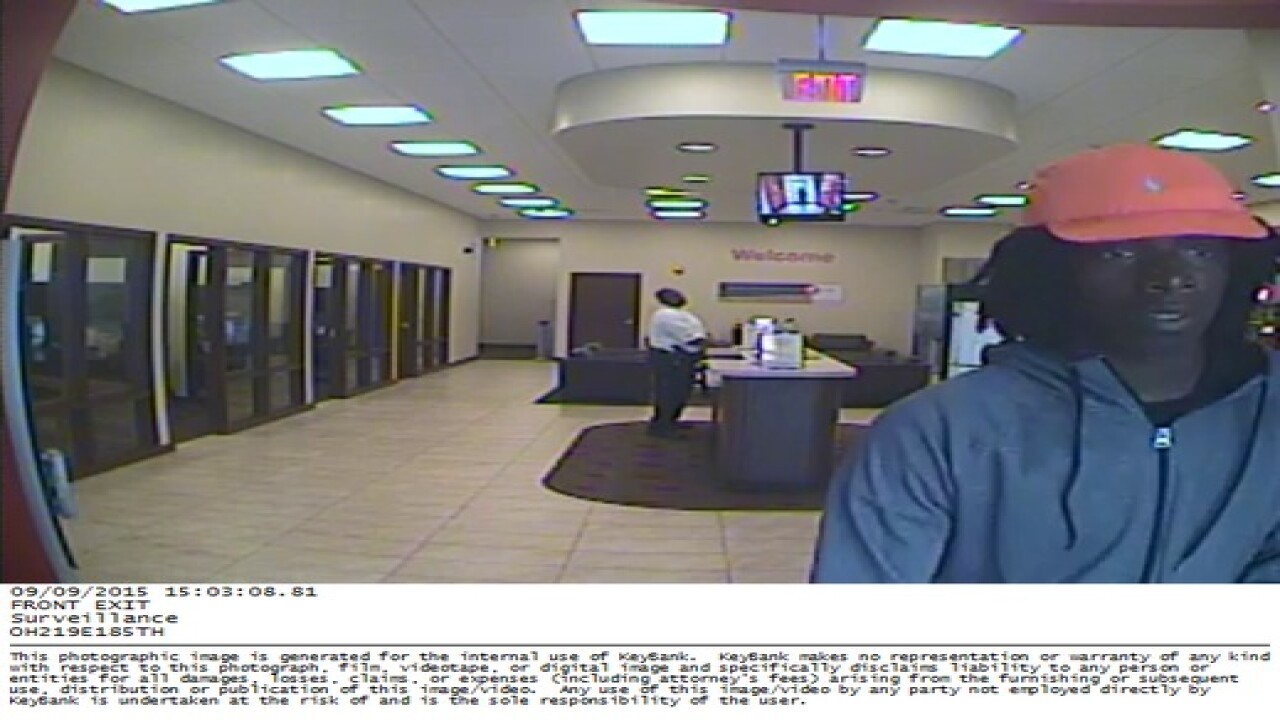 The FBI needs your help identifying a man they said robbed a bank in Cleveland.

Officials released new photos on Monday after the Huntington Bank on East 185th Street was robbed on Sept. 9.

The FBI said the man walked into the bank at about 3 p.m. and handed a note to a teller demanding money and stating he had a bomb.

After receiving the money, the man ran from the scene and is described by officials as:

Anonymous tips can be called into (216) 522-1400. The FBI said reward money is available for information leading to the arrest and prosecution of the suspect.