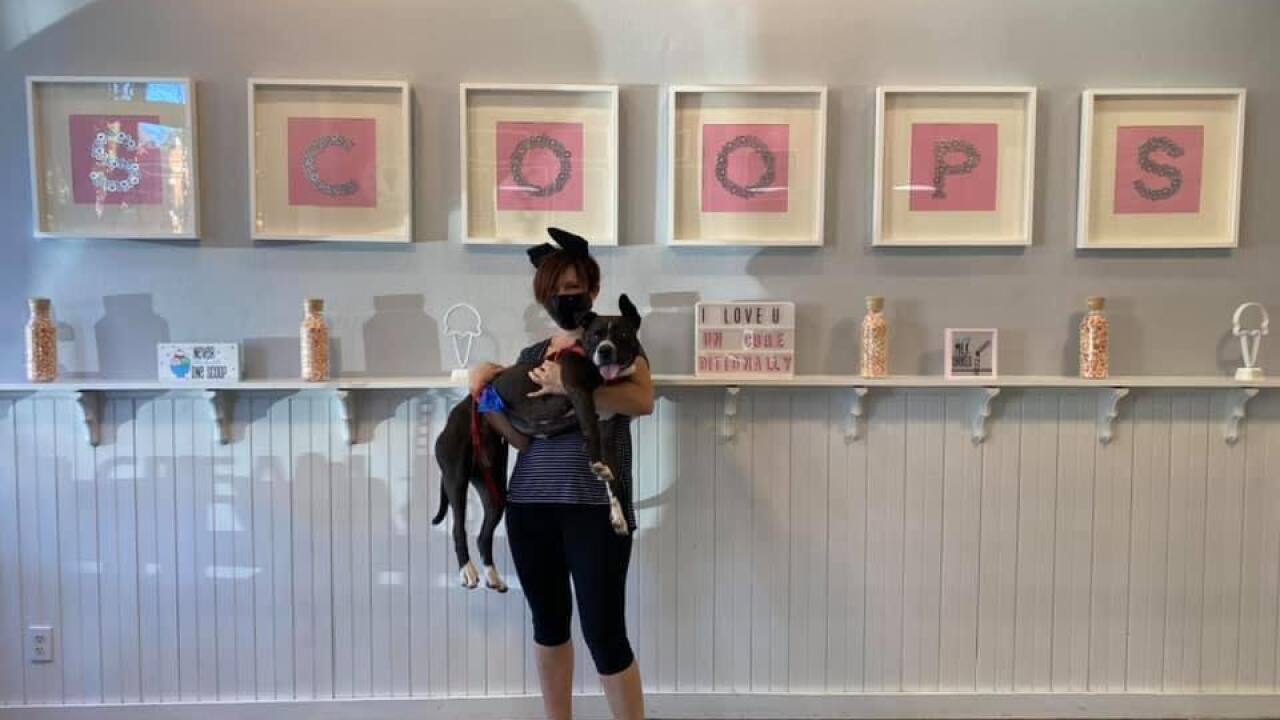 CLEVELAND — A foster mom created a bucket list after her foster dog, Suzy, was diagnosed with terminal cancer.

Suzy was found by a good Samaritan on May 13 and was quickly sent to an emergency vet due to an open wound.

Within a few days, Suzy was diagnosed with a high-grade mammary tumor.

She went into surgery, but unfortunately, they were unable to remove all of it.

Suzy was given six months to live and was stressed living inside of a shelter.

That's when Jen Lynch stepped up and decided to hospice foster her.

Lynch decided to create a bucket list for Suzy to have the best life that she could.

"I had followed a couple of social media accounts that were doing something similar, so I thought that it might be a great way to help her live out her best life with whatever time she had left," Lynch said.

Lynch created a list of about 70 things for Suzy to do, and he's already knocked off 50 of them including, going to Progressive Field, watching the sunrise, getting married, going out for ice cream, a road trip to Niagara Falls, and more.

Lynch has enjoyed all the events she has created for Suzy but says the wedding was definitely her favorite.

"It was my first dog wedding and while it started out as a small idea, all of the staff and volunteers at the kennel quickly jumped in and with the help & support of Friends of City Dogs Cleveland to make it a full-on major event," Lynch said. "We were luckily blessed with a beautiful fall day for the outdoor event. A few dozen volunteers and staff members were there to help celebrate. We had a bridal party, minister, photographer, DJ, cake, favors, wedding dress, and more. Most of which was donated by some very generous sponsors. It was a bit over the top, but when you are putting together a dog wedding, is there really any other way to do it?"

"Well, Suzy is my first hospice foster. I was, of course, hesitant to commit to the concept. My previous 12 fosters have all gone off to have happy endings and I knew that this one wouldn't exactly end up that way. But I try not to think about the end of the story but rather the middle, where she gets to feel love and experience all the fun things that we all hope our dogs get a chance to do over the course of their long lives. And the volunteers always jokes that she has a more active social calendar than all of us combined, in spite of everything going on right now," Lynch said.

She hasn't shown any signs of cancer slowing her down.

"So I will continue to let her enjoy every day to its fullest," Lynch said.

Suzy is not available for adoption, but if you're interested in adopting a dog from City Dogs, click here.