Hillary Clinton to campaign in Cleveland on Wednesday Presidential Hillary Clinton will make a stop in Cleveland Wednesday to talk tax fairness and investing in Ohio.

Those hoping to attend can RSVP here. 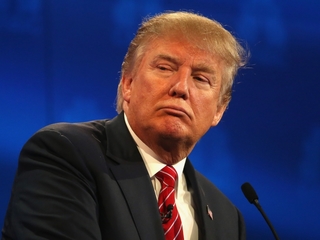 How is Clinton's competition doing?

Damage control continues for Donald Trump’s campaign, as the GOP nominee works to gain support. Some republicans are having trouble accepting the notion, like New Hampshire Senator, Kelly Ayotte.

“While he has my vote, he doesn’t have my endorsement,” said Ayotte.

Trump campaigned in Youngstown on Monday. His poll numbers are to dropping. The latest numbers show Hillary Clinton up by a commanding lead, but in Ohio, the race remains tight. Even so, Trump continues his attack on Clinton by keeping topics in the forefront, like terrorism.

"She also lacks the mental and physical stamina to take on Isis and many of the adversaries we face,” said Trump.

“We don't want you on the side lines,” said Clinton. "This is the most consequential election the stakes could not be higher.”