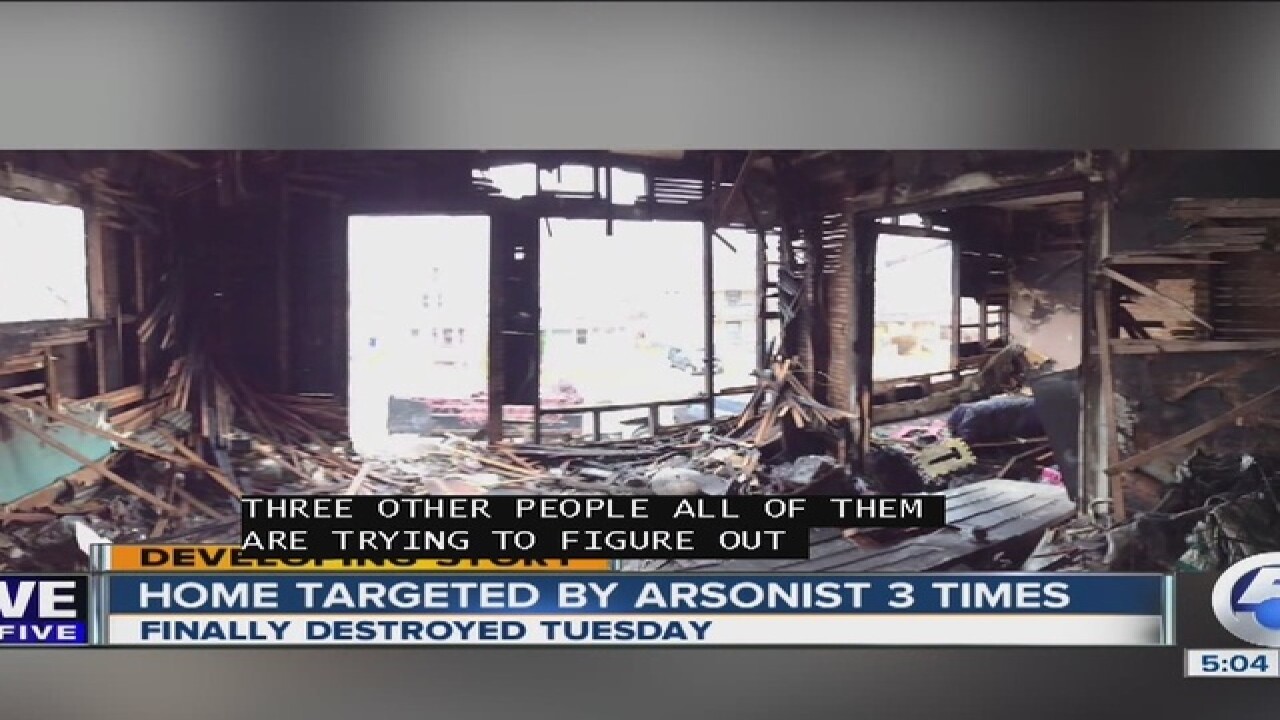 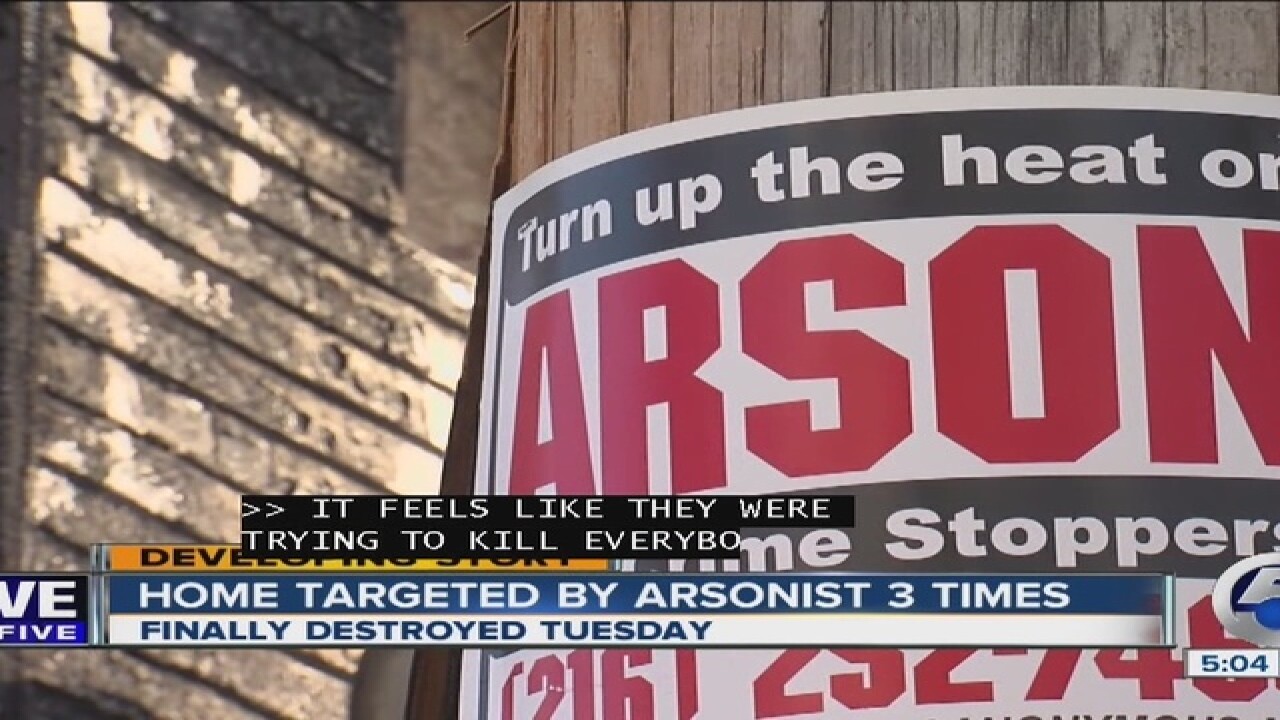 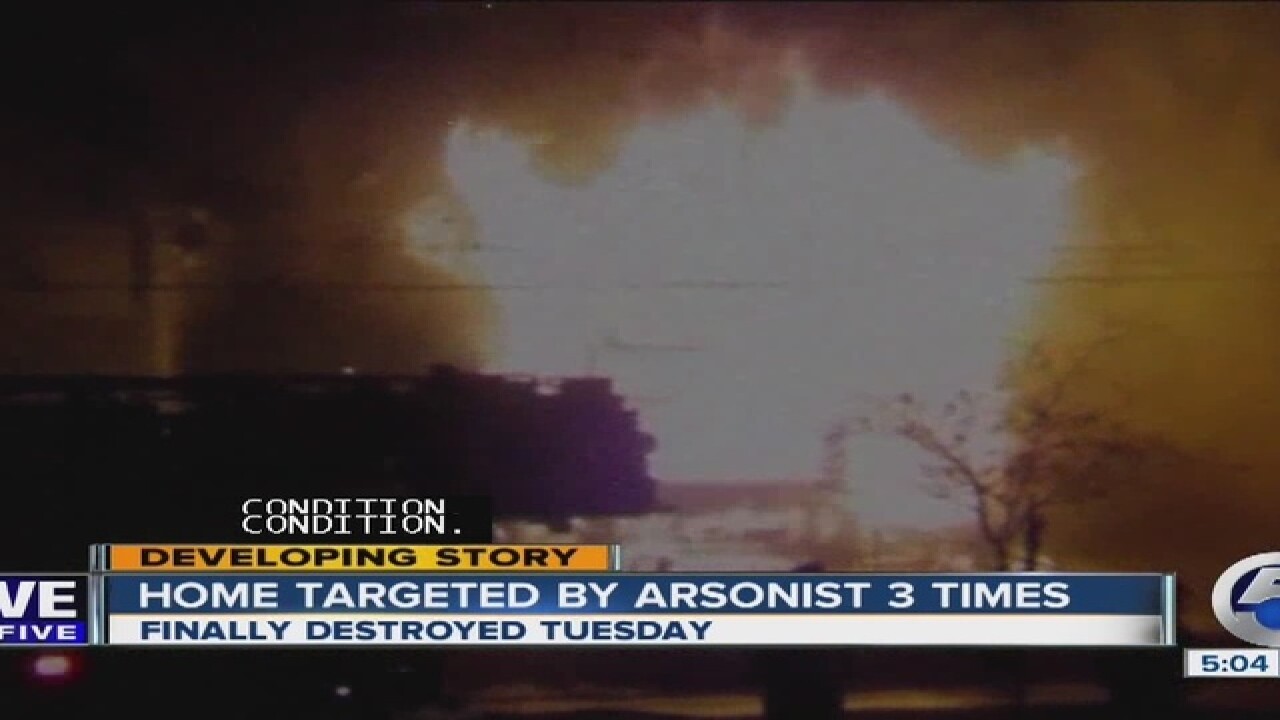 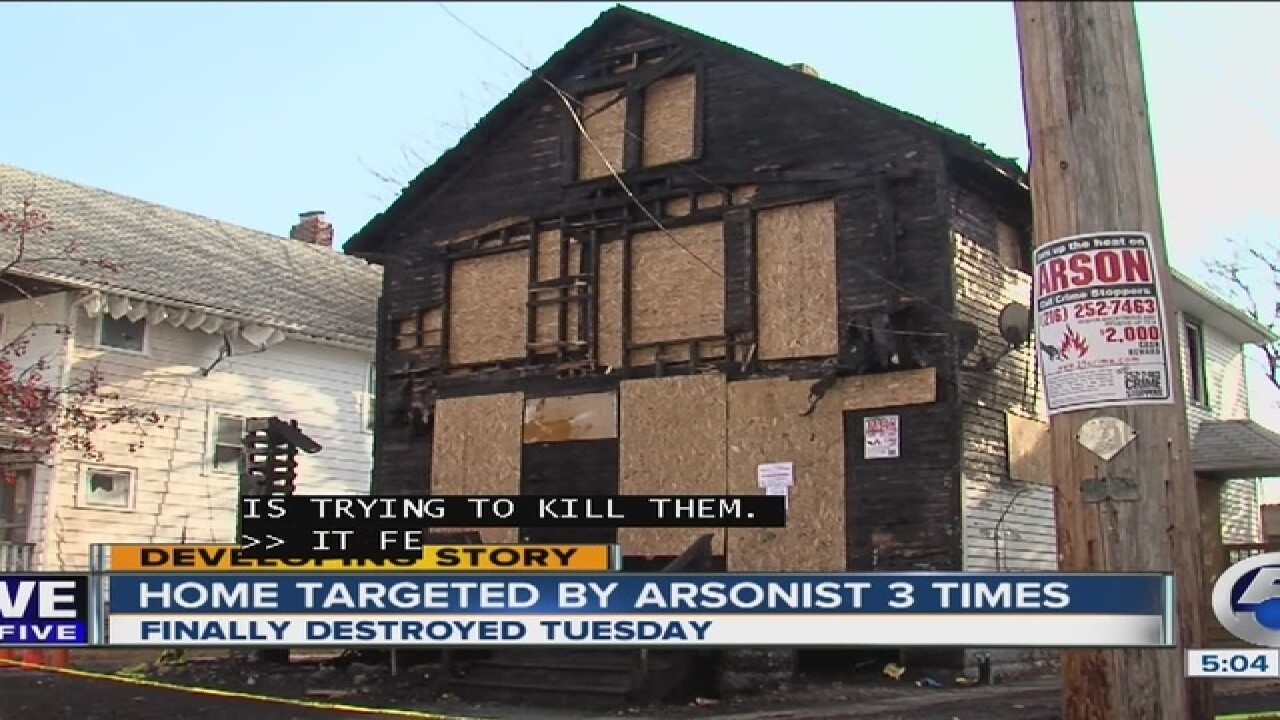 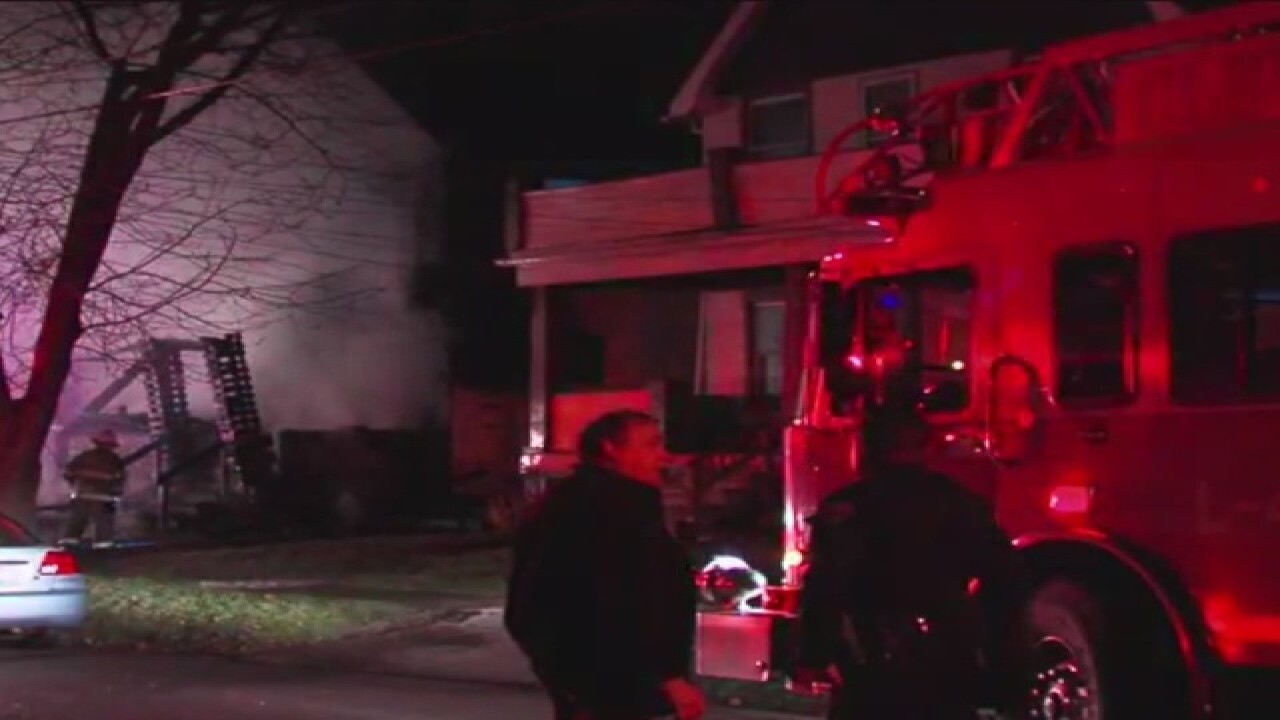 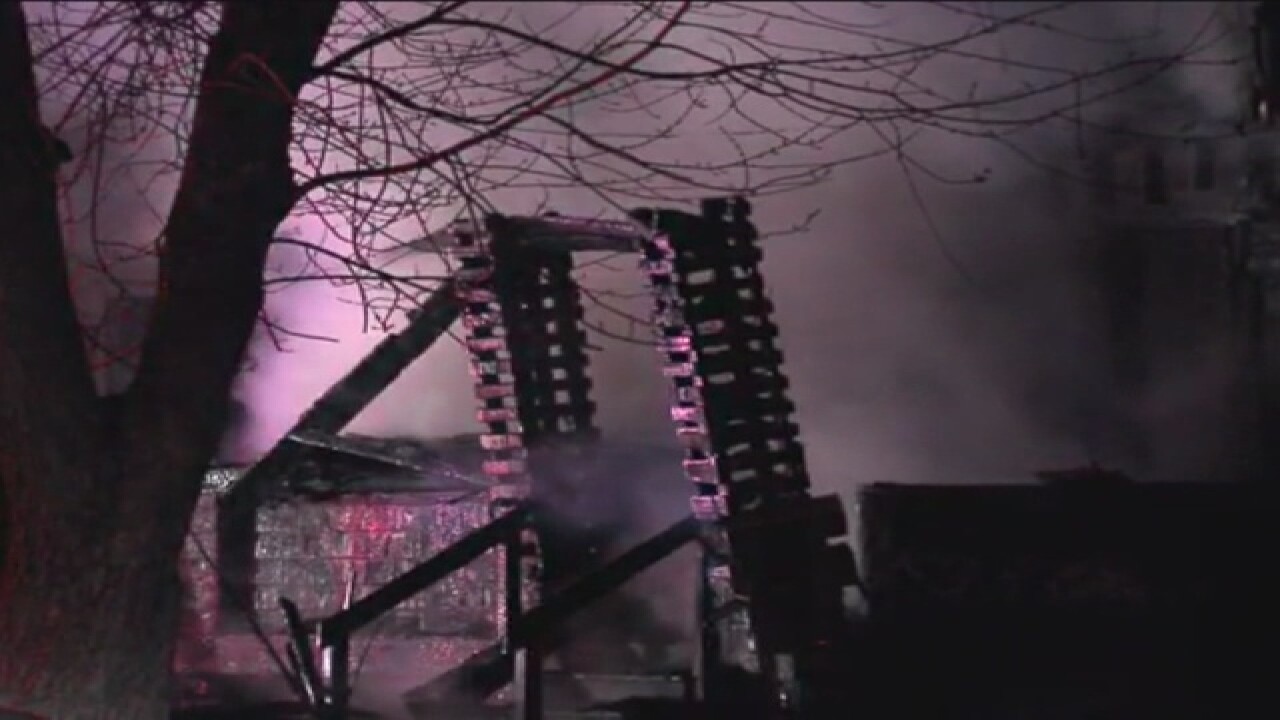 Two families barely escaped alive after an arsonist tried to set their Cleveland home on fire this week — the third time the house has been targeted since this summer.

Around 4:45 a.m. Tuesday, flames tore through the home in the 3500 block of Berhwald Ave. in Cleveland. Now, arson signs plaster the home’s torched remains.

“It feels like they were trying to kill everybody in the house,” said Grace Yanochko, who lives upstairs with her boyfriend and daughter Izabelle. “And that’s what we can’t get over. They tried to kill us and my 4-year-old and for no reason. No reason.”

Arson investigators believe the firestarter used an accelerant on Tuesday, causing flames to consume the house within moments.

Yanochko’s family was able to escape, along with an 80-year old disabled man and his son who live downstairs, but 12 pets were killed in the fire.

Yanochko and the downstairs residents said this is the third time someone has tried to burn down the home.

The first attempt was late this summer when a recliner was lit on fire. Then, last Saturday, a chair on the porch was torched.

“Once is an accident, but the next two times, someone’s trying to send a message to someone,” the downstairs resident said, asking that he not be identified. He added that it’s unclear who the target may be — or why.

But in the charred remains of the home and the questions, there’s another message — one of hope.

Christmas gifts have been pouring in for Izabelle, who lost everything — from presents to pets and baby pictures. The Cleveland Police Foundation even hand-delivered wrapped gifts to the family.

And there’s another incredible blessing.

Every single thing in the house owned by both families was destroyed, except for two remarkable items.

An urn full of ashes, which contained the downstair’s neighbor’s mother, and upstairs, a cabinet full of angels Yanochko has been collecting for years.

Dusty, but each one, unbroken.

“There were angels there and that’s the only reason we’re still alive,” she said.

Friends have set up GoFundMe pages for both families. To donate, click here or here.

Anyone with information about the fire is asked to call Crime Stoppers at 216-252-7463.