RAW: The Sessin family thanks the good Samaritan who saved their father's life.

For days, the family of Tony Sessin wondered who it was that helped save their loved one’s life and then disappeared. On Friday, the family found him and finally had the chance to thank him.

Tony Sessin, a former paramedic who spent 33 years at Cleveland EMS, was seriously injured in a motorcycle accident Tuesday morning in Berea. The impact of the crash sent Sessin over his motorcycle’s shield guard, causing catastrophic injuries to one of his legs. The bones in his lower leg were shattered like glass dropped from a second story balcony. The critical arteries inside his leg were severed.

He was bleeding quickly and profusely, yet somehow still conscious. By pure fate and experience, a mystery good Samaritan then saved his life.

At the corner of Chester and E. 66th, Cleveland Fire Station 17 is among the busiest hose houses in the city. It’s also home to the department’s elite rescue teams, including the dive team. On any given day, the team of Station 17 can be rescuing someone from a confined space or plucking someone stranded in a body of water.

But late Friday morning, firefighter Alex Kundrat was mowing the station’s lawn. It’s a glimpse into how humble the 18-year veteran firefighter is.

“Joining the fire service seemed like something neat to do. I wanted to help people,” Kundrat said.

The soft-spoken and mild-mannered Kundrat also runs a tree service business in his free time. As humble as they come, Kundrat is never one to seek the spotlight.

On Tuesday, it found him.

“There were two or three people that were getting out of their cars. Nobody seemed to want to be the first one up there,” Kundrat said. “Anybody would have stopped and done what they could I think, but I’ve had some practice at it.”

Kundrat was on Bagley Road in Berea at around 9 a.m. Tuesday when he pulled up to an accident involving an SUV and a motorcycle. The motorcycle, Kundrat said, was in total disarray. A quick scan of the scene led him to the motorcyclist who lay on the pavement with obvious and serious injuries to his leg. Kundrat and an off-duty University Hospitals nurse both concurred the crash victim badly needed a tourniquet to stop the bleeding.

That’s when Kundrat’s training kicked in.

Pulling off the special belt that he wears while trimming trees, Kundrat cinched it around the man’s leg, buying first responders just enough time to rush the crash victim to Metro Hospital for emergency surgery.

Kundrat then retreated into anonymity, never once thinking that what he had just done was heroic.

“No, no, no not really. Anybody would have done what they could,” Kundrat said, dismissing the notion.

Sessin's family would beg to differ.

“Someone put a tourniquet on my husband’s leg, and it saved his life. I don’t care how you look at it. He’s alive,” said Tony's wife Jenny Sessin on Wednesday. “He might not have a leg in the end, but he’s here, and he’s alive. And we want to thank you [the good Samaritan] personally from the bottom of our hearts. Please come forward so we can thank you.”

It was none other than Alex Kundrat.

Kundrat also had questions of his own. Was the victim okay? Did the victim survive? Will he have to have his leg amputated? Who was he?

“It’s a blessing and a curse,” Kundrat said. “In the fire service, we deal with a lot of situations and never hear how they ended up.”

On Friday morning, that would change.

The Sessin family, including Tony’s wife Jenny, his sons Steven and Anthony, and grandson Anthony Sessin III, all walked up the long drive at Station 17. They laid eyes on Kundrat and, fighting back tears, they hugged him one-by-one. 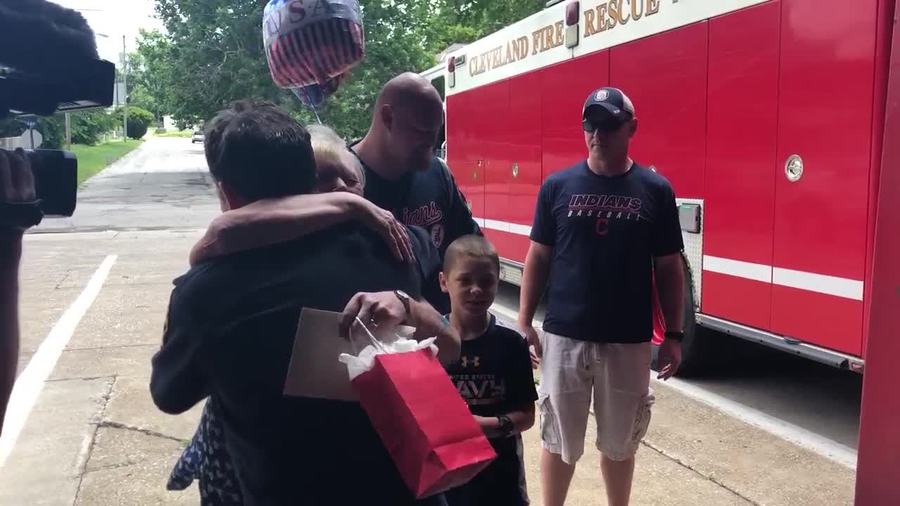 “Oh my God… it’s so nice to meet you. Thank you so much,” Jenny Sessin said, with tears streaming down her face. “We had to thank you.”

The Sessins also had Tony’s daughter in attendance by way of FaceTime. She is in the Navy and is currently stationed in Guam. Kundrat’s son is also an aspiring sailor.

It was the first of many occurrences that showed Kundrat and the Sessins were more alike than different.

“The further this goes, the closer it gets. It seems I know everybody,” Kundrat said as he let out a boisterous laugh. 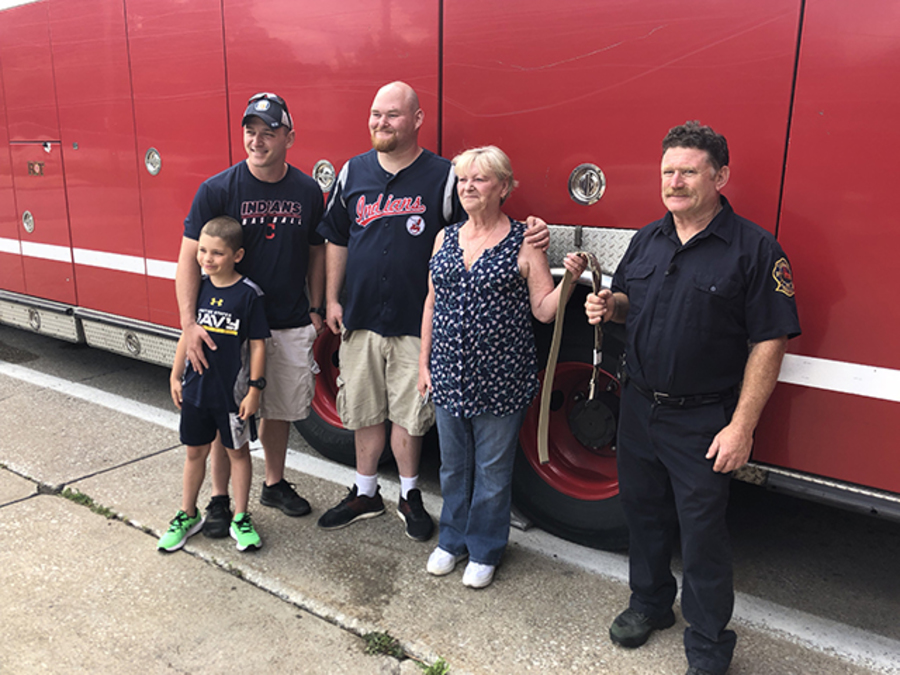 “Thank you,” Jenny Sessin said. “My husband will come because he will walk out of this hospital and he will come and thank you.”

Tony Sessin remains in stable condition at Metro. He also has numerous additional surgeries scheduled for the coming days and weeks. It is unclear at this point whether his leg will need to be amputated.

Later Friday afternoon, the Sessins also surprised the Berea Fire Rescue Squad with dinner to thank them for helping to also save Tony’s life.