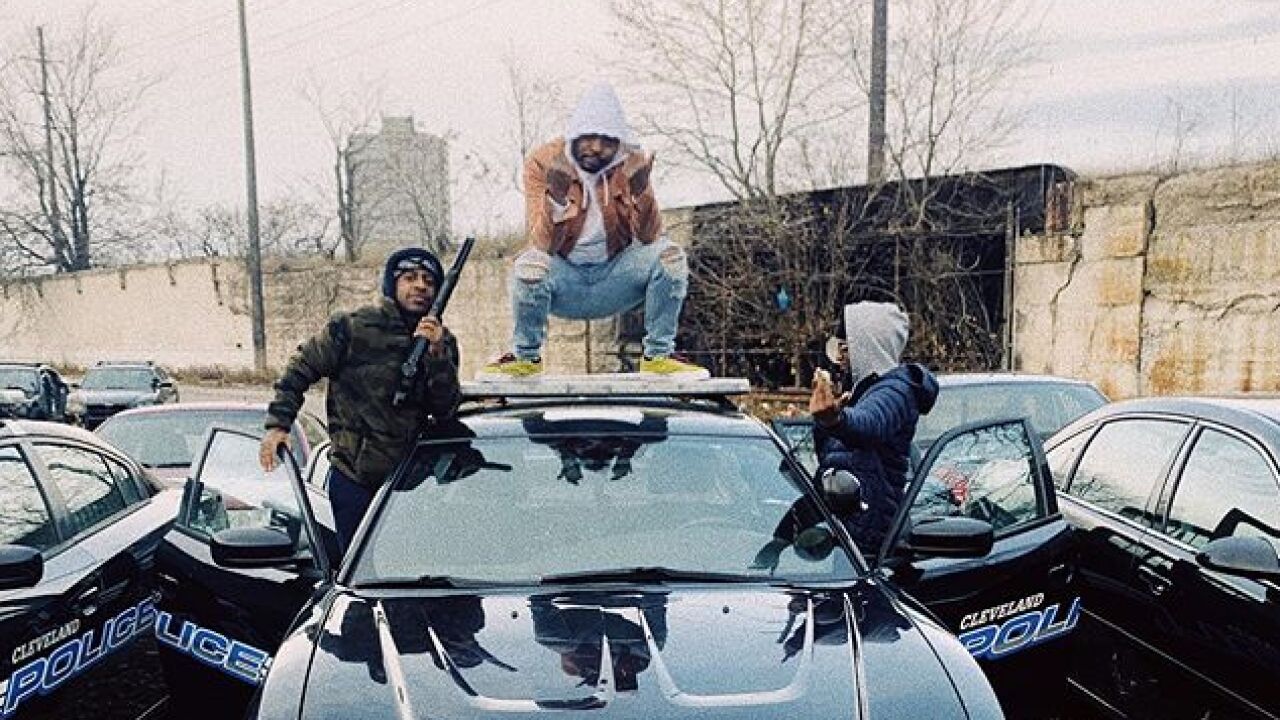 CLEVELAND — An Instagram user is causing a stir with a post that shows three men standing on a Cleveland police cruiser, with one man holding what appears to be a weapon but is actually a camera stabilizer.

Instagram user “Bolo” posted the photo to his account on Nov. 30, apparently promoting an upcoming film — the photo is captioned “Fastlife Motion Picture Took the opp.’ The caption also clarifies that the object being held by one of the men is a camera crane, not a gun.

Fastlife Motion Picture Took the opp ( this is not a gun , it’s a camera crane)

Bolo, @_bolmain92 on Instagram, describes himself as a photographer and videographer. His Instagram profile includes a link to one his recent projects: a music video for Cleveland rap artist Sane.

Bolo said he was holding the crane up and didn't even think about it looking like a weapon because it wasn't facing the camera.

He said the reaction he received about his post has bothered him.

“It bothered me a lot to see the comments but I definitely understand where they are coming from," said Bolo.

In a statement, Cleveland police acknowledged that they are aware of the photo, and said it appears to have been taken at their motor vehicle maintenance facility at E. 55th Street and Carnegie Avenue.

Police said vehicles are taken to that lot for different kinds of service, from preventative maintenance and major repairs. All vehicles taken to that lot are checked to ensure they are locked and appropriate equipment is removed.

“The vehicle pictured in the photo was involved in a crash rendering the locks inoperable,” police stated. “The lot is not fenced in, making it accessible to passersby. The object held by the male on the left of the photo is not a police issued firearm. At this time it does not appear that anything was stolen from the vehicle.”

Police further stated that they do not permit the use of police vehicles or logos for publication or production purposes without permission granted by the City of Cleveland Department of Law. Anyone who witnesses criminal activity, including trespassing on city property, is asked to contact police.

Bolo said he didn't realize that he was trespassing because a lot of photographers take pictures of the abandoned factory next store to the lot, but he said he was the first one to take a picture holding the tripod.

He also said no law enforcement agencies have reached out to him.

Since posting the photo on Saturday, Bolo has posted a follow-up image to clarify after news outlets reported that he was holding a shotgun.