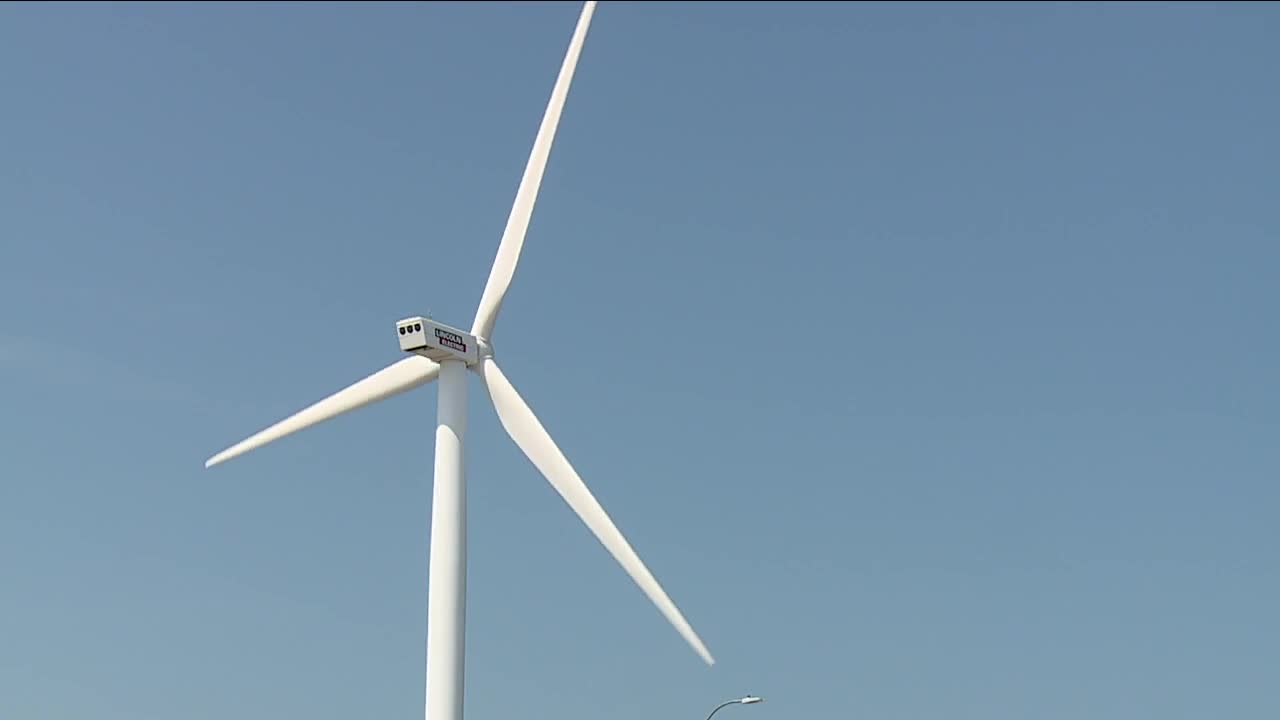 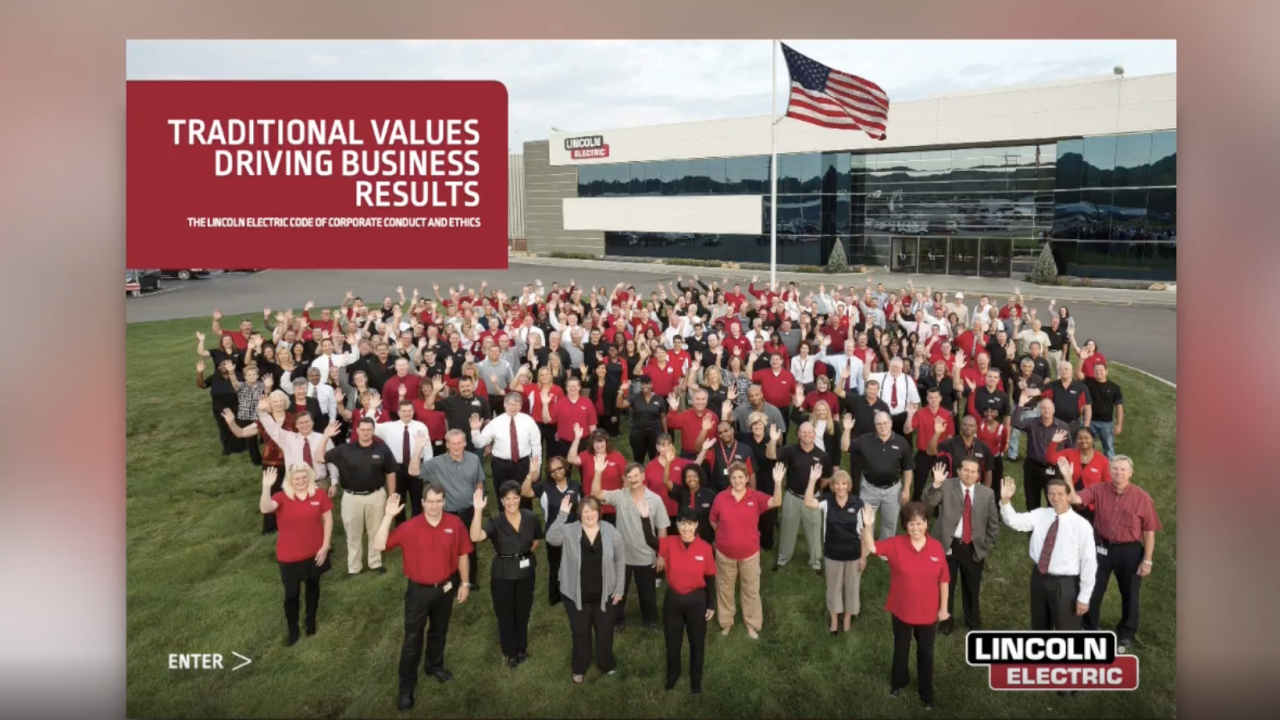 CLEVELAND — A former human relations information analyst has filed an equal-pay lawsuit against Lincoln Electric, an international manufacturer of welding products based in Northeast Ohio. According to a federal lawsuit filed earlier this month, the former female employee alleges she was subjected to discipline and later terminated after she complained to her superiors that a male colleague that held the same position, but with less seniority, was earning $20,000 more a year.

The Equal Pay Act lawsuit was filed on behalf of Kyan Bowman, according to court documents. Bowman, a former high-level senior human relations analyst, was terminated in May despite previously having multiple positive performance evaluations over her nearly three-year stint at Lincoln Electric, the lawsuit states.

"She was absolutely qualified. She was getting good reviews," said Claire Wade-Kilts, Bowman's attorney. "Everything was great until she raised her hand and said, 'no, we can't do this.'"

In January, Lincoln Electric hired a second human relations information analyst, the lawsuit states. The unnamed employee—a male —was compensated at a rate of $100,000 a year, according to the lawsuit. Bowman was earning $82,800 at the time and became aware of the pay discrepancy because of her position in human resources, the lawsuit states.

The lawsuit alleges that the male human relations analyst had less seniority and less experience as Bowman.

"[Bowman] was shocked. There was a man doing the exact same thing she was doing. She was training him," Wade-Kilts said. "He was being paid more simply because he was a man."

According to the lawsuit, Bowman then went to her manager and informed her of the discrepancy. The lawsuit states that Bowman told her manager that if she continued to be paid less than her male colleague, Bowman would pursue a claim under the Fair Pay Act. The lawsuit states that after Bowman complained about the pay gap, she was disciplined for not working on two Saturdays in December 2019 and for arriving late to 8:00 a.m. meetings in December 2019. The lawsuit also alleges that Bowman was disciplined by an unnamed company official because she made a joke.

Two months after Bowman raised the issue with the pay disparity, the company placed her on a performance improvement plan, according to the lawsuit, even though she had received positive performance reviews up until the complaint was filed. The lawsuit alleges that Bowman was terminated on May 22 for, 'purportedly having a bad attitude and because she was not the kind of person that [Lincoln Electric] wanted to have on its team.'"

"Sometimes the squeaky wheel doesn't get the grease but there is a protection in there for that," Wade-Kilts said. "How do we prove it? We have temporal proximity. She made the complaint and within months she was fired."

The lawsuit also states that Bowman was informed by her peers that Lincoln Electric allegedly paid its female employees in other positions at lower rates than its male employees. According to the lawsuit, Bowman, who was a high-ranking human resources employee, reviewed internal Lincoln Electric records from 2019 and found that in 60 different job codes -- which are individualized sets of numbers tied to different jobs -- the female employees were making less than their male counterparts. The job codes range from senior level analyst positions to product managers and marketing employees.

As part of the Fair Labor Standards Act, the Equal Pay Act requires that women are paid the same for substantially similar work. Wade-Kilts said the pay discrepancy was not the result of the male employee being more adept at salary negotiations.

"That wouldn't absolve [Lincoln Electric] of any liability in this case. [Bowman] went to them and said, 'hey, I know you're paying me less. I need you to give me a raise.' They didn't. In fact, they fired her," Wade-Kilts said. "You see this a lot where someone complains. In her case, she complained in January and then they disciplined her for something that happened in December, which makes it look like the real reason they're disciplining her is because of the complaint and not because of the actual actions."

When reached for comment, a Lincoln Electric spokesperson declined to comment, saying the company does not comment on pending litigation. According to the company's own internal employee guides that are readily available online, company employees are encouraged to come to their supervisors with concerns. The company touts its 'open door' policy.

Bowman's lawsuit seeks in excess of $25,000, according to the lawsuit.

Lincoln Electric has come under scrutiny in recent years after federal compliance officials discovered the company had violated an executive order by using a hiring process that resulted in systemic discrimination against African American job applicants, according to a U.S. Department of Labor News release from 2014. The release states that more than 5,500 African American applicants seeking entry-level factory and production positions at the company's Cleveland location were rejected. Because Lincoln Electric did business with the federal government at the time, the company has to follow certain guidelines and standards meant to ensure that the company is not discriminating on the basis of sex, race, color, religion, national origin, disability, or status as a protected veteran.

Compliance officers discovered that Lincoln Electric's application systems created barriers for African Americans to advance in the selection process, the release states. The company settled for $1 million, which was to go toward back wages and interest for the affected job applicants. Lincoln Electric was cited for similar violations and settled in 2003 for $1 million.

At the time, the company said the violations were the result of statistical analysis and were not indicative of discrimination.