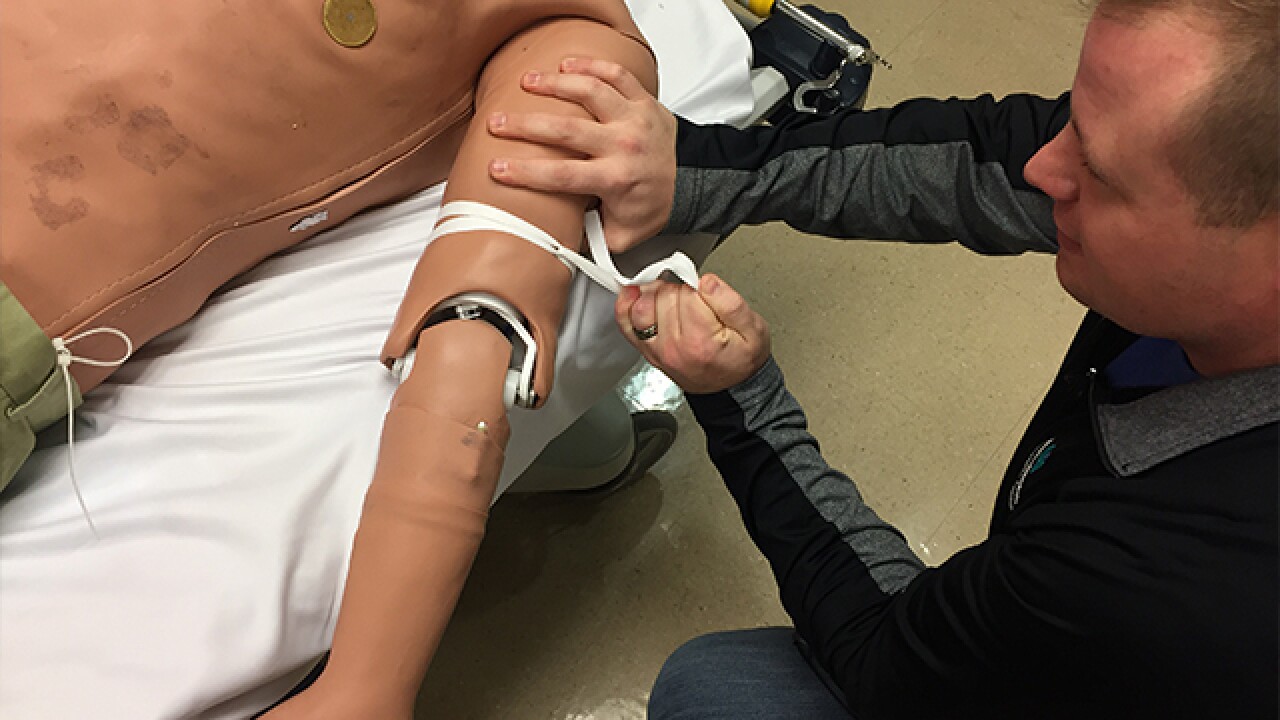 Jared Lee was driving home when he stopped at the scene of crash and ended up helping save a life using the skills he had just learned days before in a medical trauma class.

"When I ran up there, I saw the injury and I started looking around to see if there was something on the ground I could use or if she had anything in her car," Lee said.

Lee said the woman’s arm looked mangled after it had gone right through her front windshield. Luckily, just days before the crash, Lee and the rest of his team at MetroHealth's Simulation Center took one of Tod Baker's trauma classes on what to do in that type of situation.

Lee grabbed the string from his scrubs and went to work.

"I slid it underneath her arm, lopped it through and then just pulled as hard as I could to stop the bleeding, and just held it like that until EMS got there," Lee said.

According to Baker, a coordinator at Northern Ohio Trauma System EMS, it’s not about the tools that can save a person’s life, it’s about the will to do so.

Sometimes something as simple as a drawstring from a pair of pants might do the trick, and that’s something Lee learned firsthand.

Lee says everyone should take the class, because it's not if you will use these skills, it’s just a matter of when.

For more information on these free classes click here