Man wears face mask from flight to Nashville, just not in the traditional way 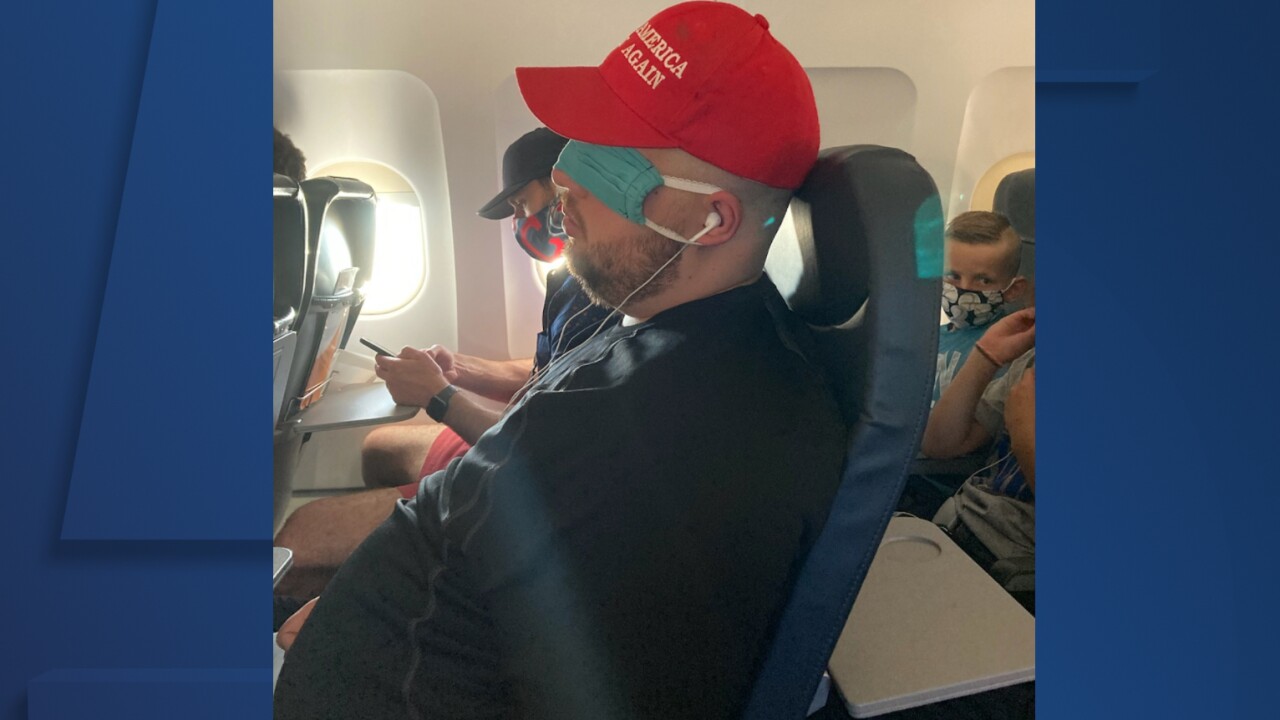 CLEVELAND — This isn't something you see every day.

A woman saw a man wearing a mask on her Allegiant Airlines flight from Cleveland to Nashville, the only thing is, the man was wearing the mask over his eyes instead of his mouth.

“He had his mask, instead of over his mouth, he had it over top of his eyes and his earbuds in and a hat on and everyone else on the plane that I could see had their masks on over the mouth and nose just like how it’s traditionally used. But this man found a clever way to use it I guess," said passenger Jessica Hazeltine.

Hazeltine said she was sitting in the aisle seat, when her 11-year-old daughter pointed the man out.

She said every other passenger on the plane wore the masks the correct way.

Allegiant Airlines isn't requiring passengers to wear masks until July 2, and Hazeltine was shocked that nobody said anything.

“Like I said, my daughter was the one that pointed it out and nobody else said anything or commented towards him and so for the majority of the flight he had it like that," Hazeltine said.

Haven't been on Twitter for, wow, 11 years, but this was a photo I took on my flight from Cleveland to Nashville on Allegiant Airlines on Friday. Yes, this man used a surgical mask to cover his eyes. Yes, he wore the mask like this from departure to arrival. (1/2) pic.twitter.com/QufS3kLWKu