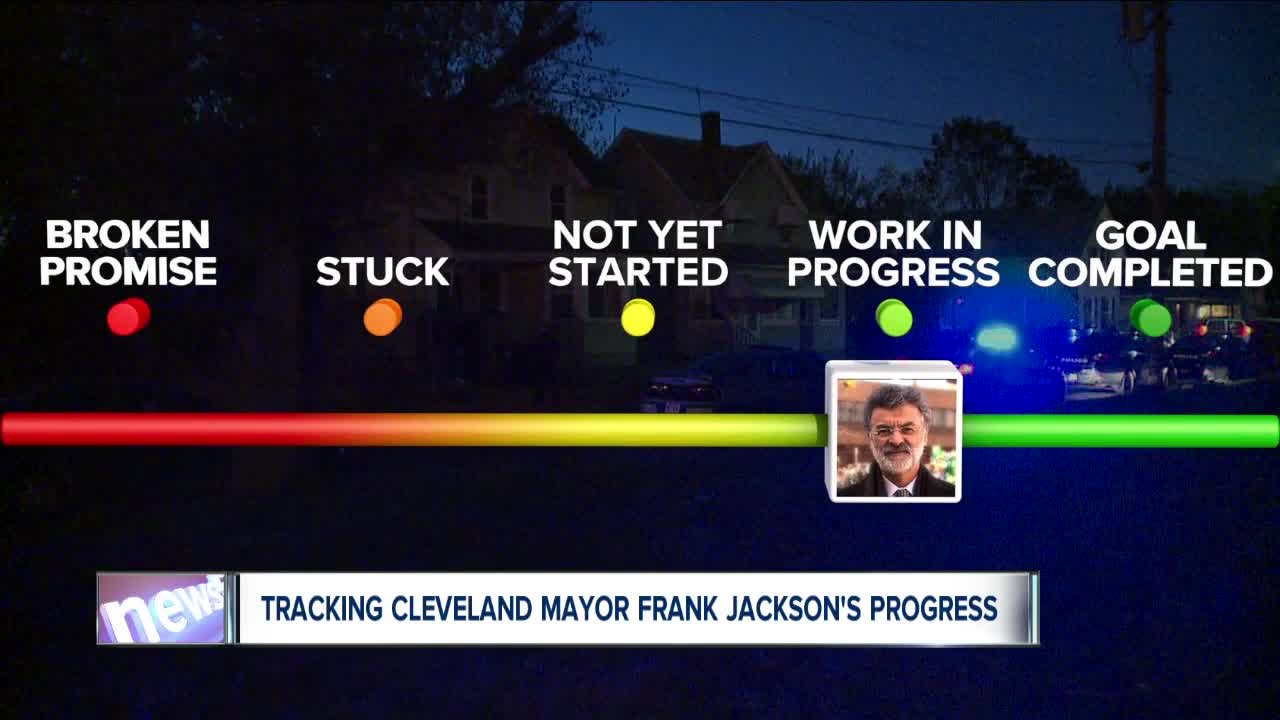 Following his 14th State of the City address, Cleveland Mayor Frank Jackson sat down for a wide-ranging discussion on his administration’s policies and priorities as he enters the back half of his fourth term. 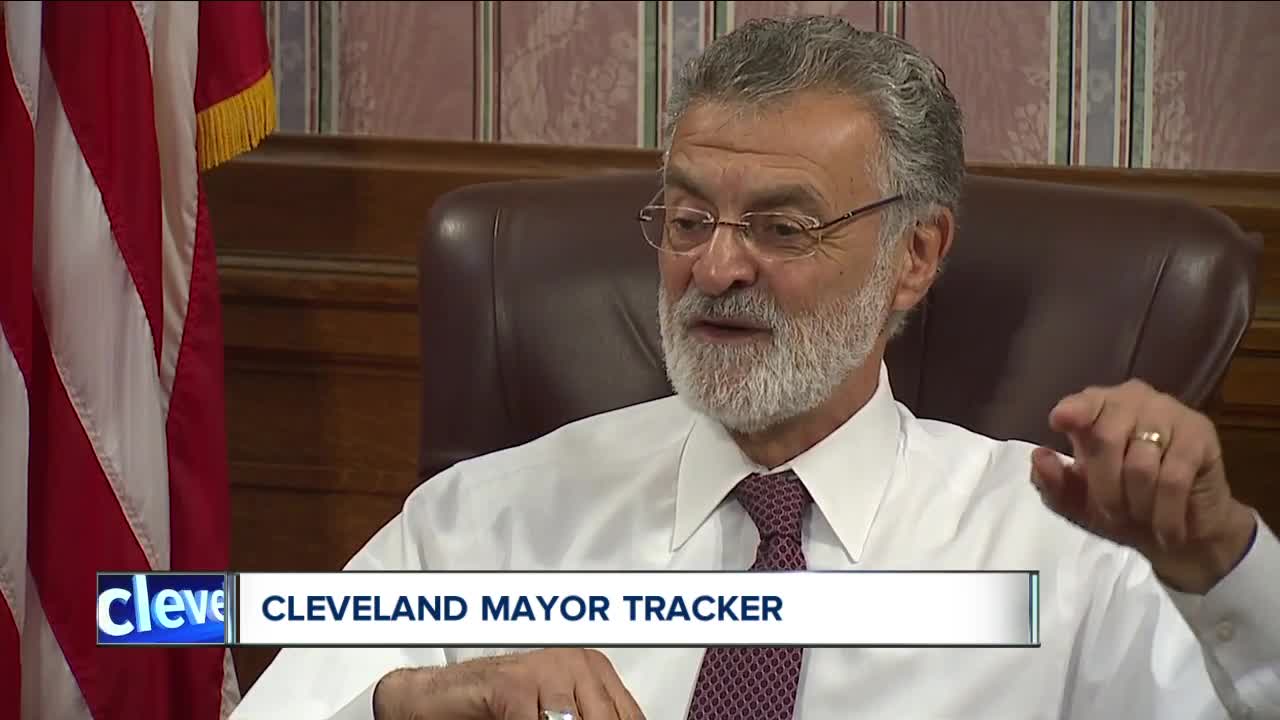 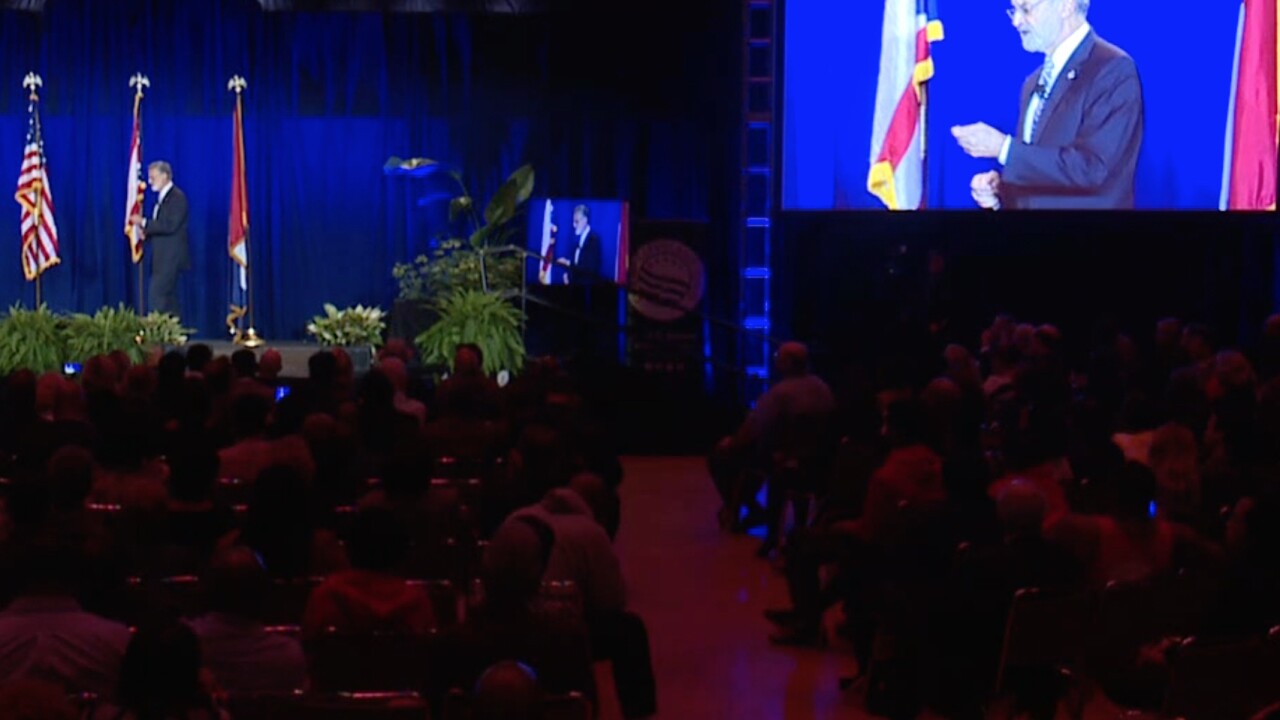 CLEVELAND — Following his 14th State of the City address, Cleveland Mayor Frank Jackson sat down for a wide-ranging discussion on his administration’s policies and priorities as he enters the back half of his fourth term.

In his State of the City address Thursday night before a packed Public Hall, Mayor Jackson highlighted the region’s economic growth while also showcasing the goals his administration has at reducing income inequality and economic inequity. He likened the conundrum to a beast that the city must tame. Although crime and gun violence were topics Mayor Jackson didn’t spend much time detailing in his annual address, the mayor’s views on economic improvement and, specifically, shared prosperity have undertones related to reducing crime.

“I talked about the underlining causes of all the dysfunctional social and economic issues,” Mayor Jackson said Friday morning. “If we do not address that—and I don’t care who the mayor is—all we will be doing is having the same conversation about how do we address crime and how do we address violence?”

Cleveland crime rates
Although the city has been mired in multiple high-profile homicides in recent months, including the slaying of four people whose bodies were found in an abandoned home last month and last week’s drive-by shooting death of 6-year-old Lyric Lawson, the number of serious property crimes and violent crimes have dropped precipitously over the past two years.

According to analysis provided to the City Council earlier this year, serious property crimes like burglary and theft in 2018 were down 23 percent compared to 2017 and about 30 percent from 2016. Violent crime was nearly 15 percent lower in 2018 than in 2017 and roughly 19 percent lower than in 2016. At the time, Chief Calvin Williams pointed to an expanded number of officers on the street, greater levels of engagement and expanded youth programs as reasons for the decreases.

Gun violence
Despite the reductions in violent crime and serious property crime, the number of felonious assault with a weapon cases continue to remain the same.

Over the past four years, there have been an average of 769 reports of felonious assault with a firearm. It is important to note, however, that not every case resulted in someone being injured or hit by gunfire.

Mayor Jackson said the issue primarily boils down to the proliferation of firearms.

“A kid can go out with a few dollars and they can pick up any kind of weapon they want right off the street. You can buy them, whether it's an AK-47, AR-15 or Glock 9mm,” Mayor Jackson said. “I’ve gone to so many funerals of kids, just children in caskets, it shouldn’t be. That’s why we have this trauma program to help short cut this process and to help them be able to cope with the challenges.”

The intervention aspect is just one prong of the mayor’s violent crime reduction plan, which also places equal emphasis on enforcement and prevention.

“If you don’t do all three then you will not be successful and, in the end, you will always be chasing your tail,” Mayor Jackson said. “You may see some modest, positive trending, but will you will not see the significant trending that we hope to see. You won’t see it.”

The surveillance cameras and the cameras belonging to participating businesses in the city’s commercial districts will be fed into the city’s real time crime center, which is located near the police department’s current headquarters. City officials are still in the process of identifying a site for the police department’s new headquarters after an original deal for the former Plain Dealer building downtown fell apart.

The real time crime center and the department’s Fusion Unit will be tasked with using technology to better and more quickly combat crime.

“Not only does it have the ability to help in investigations and have that real time feed that you can go back and capture, it also keeps data,” Mayor Jackson said.

Police staffing
That data won’t be nearly as impactful without adequate staffing, which remains a focal point of Mayor Jackson’s fourth term. After the passage of an income tax hike, the city’s coffers provided the financial flexibility to strive for a staffing level of 1,600 members at the division of police. Getting to and maintaining that level has proven difficult, considering the annual average rate of attrition being 80 officers, according to Cleveland Division of Police staffing reports.

With an additional 140 police cadets having graduated earlier this year as part of three separate classes, Mayor Jackson said the staffing level is close to the target amount.

“We’ve graduated those classes and now we are ahead of the attrition, so that’s one thing. What we have budgeted in terms of police, we’re staying close to that budget amount,” Mayor Jackson said. “In order to accommodate that you have to put on classes and have enough classes graduate that will take care of that attrition and then hire more. Just the mechanics of doing that becomes very difficult.”

Earlier this week, many members of City Council’s Safety Committee again expressed the desire to hire even more officers, possibly as many as 200. However, Jackson said Friday morning that doesn’t appear to be likely. Instead, the Division of Police will focus on strategically deploying its resources.

“If you take 1,000 soldiers and point them in a direction without strategic planning, discipline and organization, they will cause havoc. If you take 100 soldiers with strategic planning, discipline and a mission, you can get anything you want done,” Mayor Jackson said. “Doing things one-off, usually the life expectancy and the benefit of that one-off is very short. Doing it in a comprehensive strategy of reform is a much better process.”

Bucking the trend of typical public-private economic development engines, the Neighborhood Transformation Initiative underwrites private investment to help create a market, Mayor Jackson said. By doing so, the city can avoid being locked into a perpetual public subsidy.

Additionally, the administration has designed teams of city employees that will go into target neighborhoods, including Glenville, to help seniors identify and sign up for programs and services that they are eligible for. The services, which include home weatherization, home repair or the homestead tax credit, will be designed to keep senior homeowners in their homes even as eventual private investment increases property values and tax liabilities.

Mayor Jackson believes the abundance of available land, access to public transportation and existing public services have made Cleveland’s eastern neighborhoods prime for a renaissance.

“That is where the future of Cleveland lies because that is where the investments will occur. It will come there,” Mayor Jackson said. “The pressure of that success on someone who is now on fixed income, who has retired, is that they can no longer afford to be there. Even though it is not intentional, it happens. The intent has to be how do you have deliberate intent to not have that happen?”

Mayor Jackson said he has also instructed his economic development and planning staff to devise a policy that addresses the density of new developments in certain neighborhoods. Earlier this year, proposed multi-story, densely-populated residential developments in the Little Italy neighborhood drew the consternation of many citizens living in the quaint, charming neighborhood nearby. Mayor Jackson said he wants to develop a policy that provides some uniformity to what projects are approved and denied.

“There is a fight every time,” Mayor Jackson said. “We have to have a policy. I think the policy can be flexible. There has to be some general parameters but there also has to be some general flexibility within that to have each neighborhood have some say. That way, [developers will have] a clear understanding that if you are going to develop in this neighborhood and if you are going to do density, here are the requirements. You can choose to invest or not.”