Meet Fiji, the official ship cat of one of the tall ships in Cleveland this weekend 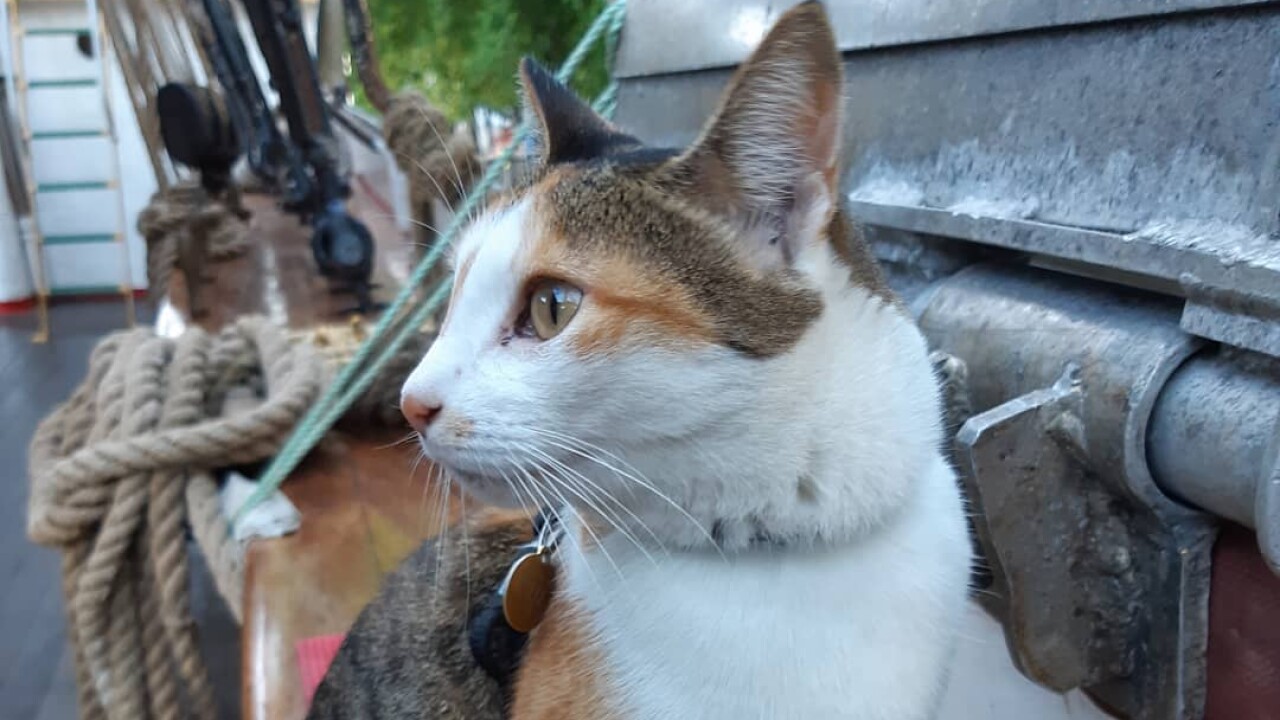 CLEVELAND — A feline crew member aboard one of the 11 tall ships in Cleveland for the Tall Ships Festival this weekend has traveled the world twice over – and she’s just four years old!

Fiji, the official ship cat for the Picton Castle, often disembarks from the ship and explores ports of call as the ships travel around the world for the various festivals they take part in. She was adopted from an animal shelter in Fiji – hence the name – at just six weeks old. She even has her own biography on the ship's website - she joined the Picton Castle because: "Ships need cats and cats need ships." Her words to live by? "See those fish? All of them? Yeah; they’re mine. Hands off."

In fact, during the Picton Castle’s latest stop before Cleveland, in Buffalo, New York, Fiji took an extended shore leave and was found wandering by a good Samaritan. She was wearing a tag with her name and the name of her ship, but no microchip or other identifying information.

The Erie County SPCA smartly Googled “Fiji” and “Picton Castle,” got in contact with the Tall Ships organizers, and got her back aboard after microchipping her.

The Picton Castle is a three-masted tall ship based in Lunenburg, Nova Scotia, Canada. It is sailing the Great Lakes during the summer, making port in several cities across North America.