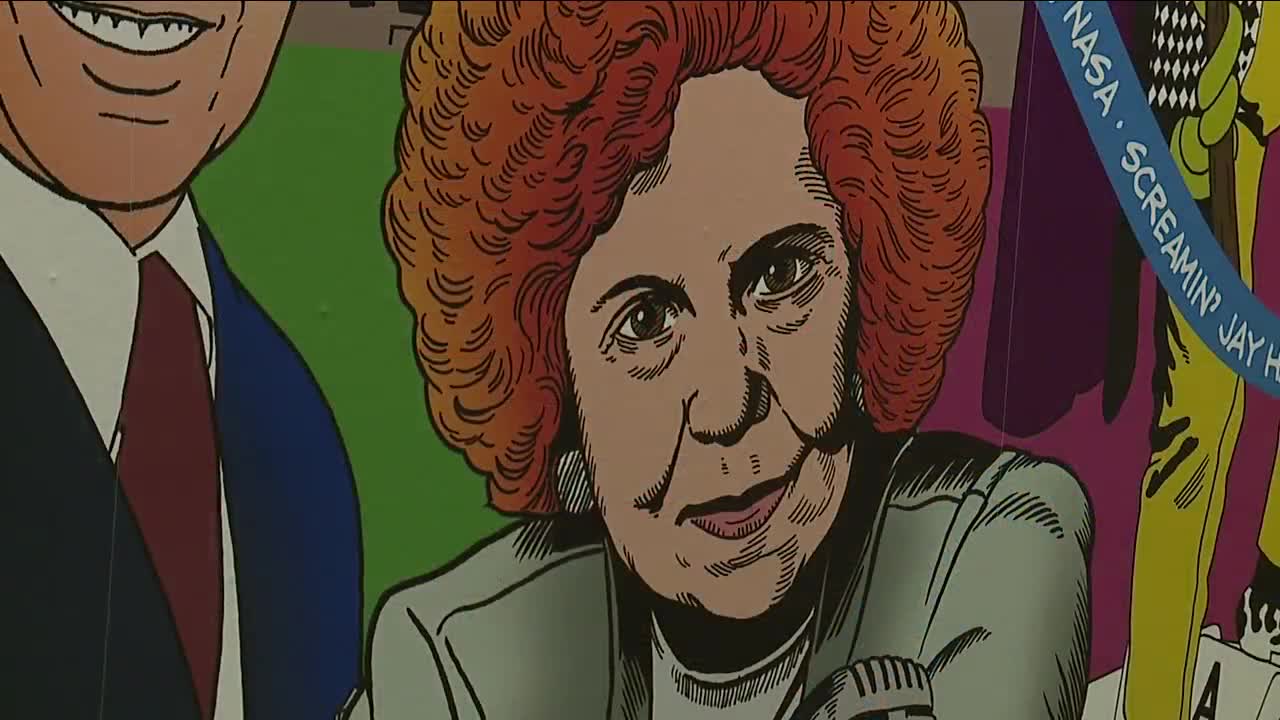 A colorful tribute to all things Cleveland is now back on display more than a year after vanishing from its original home in Ohio City. 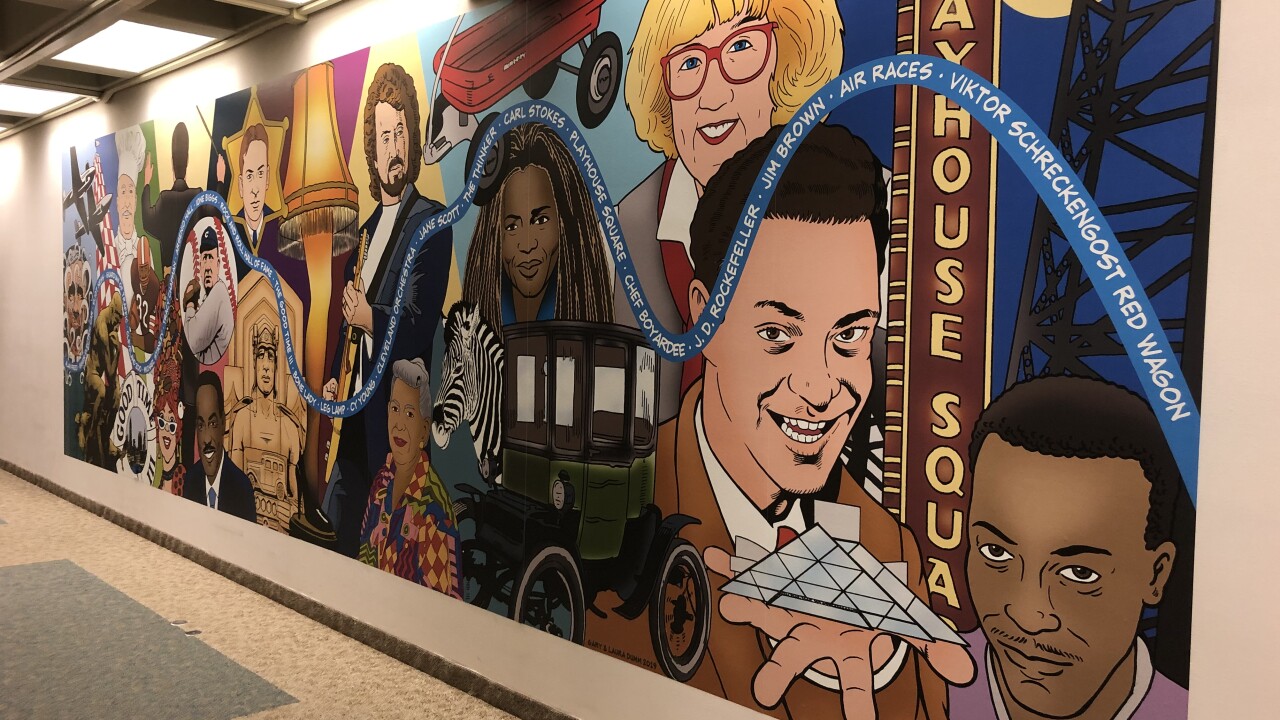 CLEVELAND — A colorful tribute to all things Cleveland is now back on display more than a year after vanishing from its original home in Ohio City.

Artist Laura Dumm and her husband Gary were unsure they'd ever see their "Love Letter to Cleveland" displayed again. Strong winds ripped one of the 30-foot long panels from its perch near the West Side Market in November 2017.

"For a year and a half, it seemed like they would never be a complete set again," Dumm said.

Last summer, on the day LeBron's iconic banner came down, with much less fanfare so did the Dumms.

They said that they failed to come to an agreement with the building's owner. Shortly after, the couple launched a GoFundMe campaign to help raise funds for restoration costs.

"Boom. Everybody started contributing," Dumm said. "I knew then that the people of Cleveland wanted to see it back up."

To their surprise, the community helped the couple raise $4,700 to restore the artwork.

The Dumms had to then figure out where the artwork would go.

After trying for a year to find a new home, the Cleveland natives posted a plea for help on Facebook.

"There they were bemoaning the fact that they were having trouble finding a wall and I was like heck, I got two 30-foot walls doing nothing," said Bill Barrow, the head of Special Collections at Cleveland State University. "They needed a wall and we needed some fun stuff to show off what we were about."

Now, outside the room where local history is preserved is where you'll find a "Love Letter to Cleveland" 2.0.

"We have Cy Young up here and John D. Rockefeller from the older days and Jane Scott, Dorothy Fuldheim, Dennis Kucinich and Michael Symon," Barrow said.

Out of all the places she could have picked, Dumm said it doesn't get much better than on the walls surrounding our city's rich history.

"This is a match made in heaven. They fit here. It seems like all of this we went through it was worth finally having them find this home," Dumm said.

You can find the “Love Letter to Cleveland” inside the Michael Schwartz Library located in Rhodes Tower, the 21-story skyscraper on CSU's campus.

Once on campus, go inside the library on the first floor and take the elevator up to the third floor. The murals are on each side of the doorway to the Special Collections department.