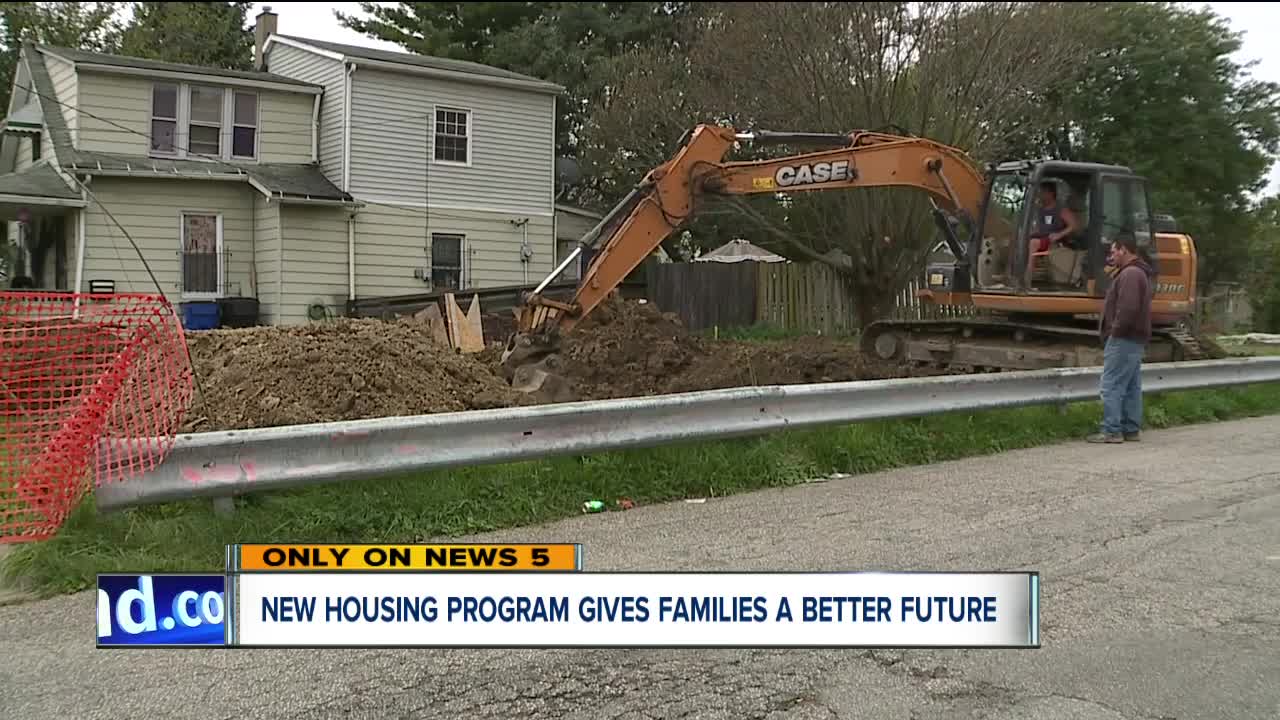 The homes will have three bedrooms, two bathrooms and will be home to one family. 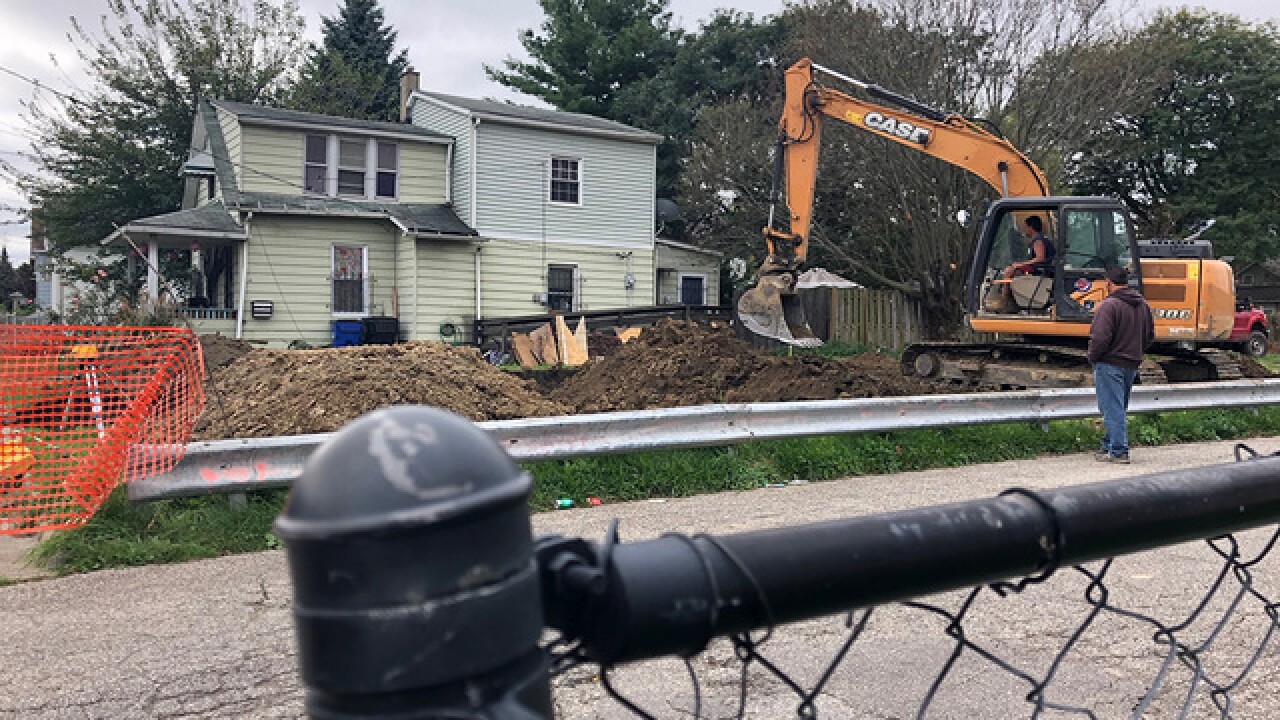 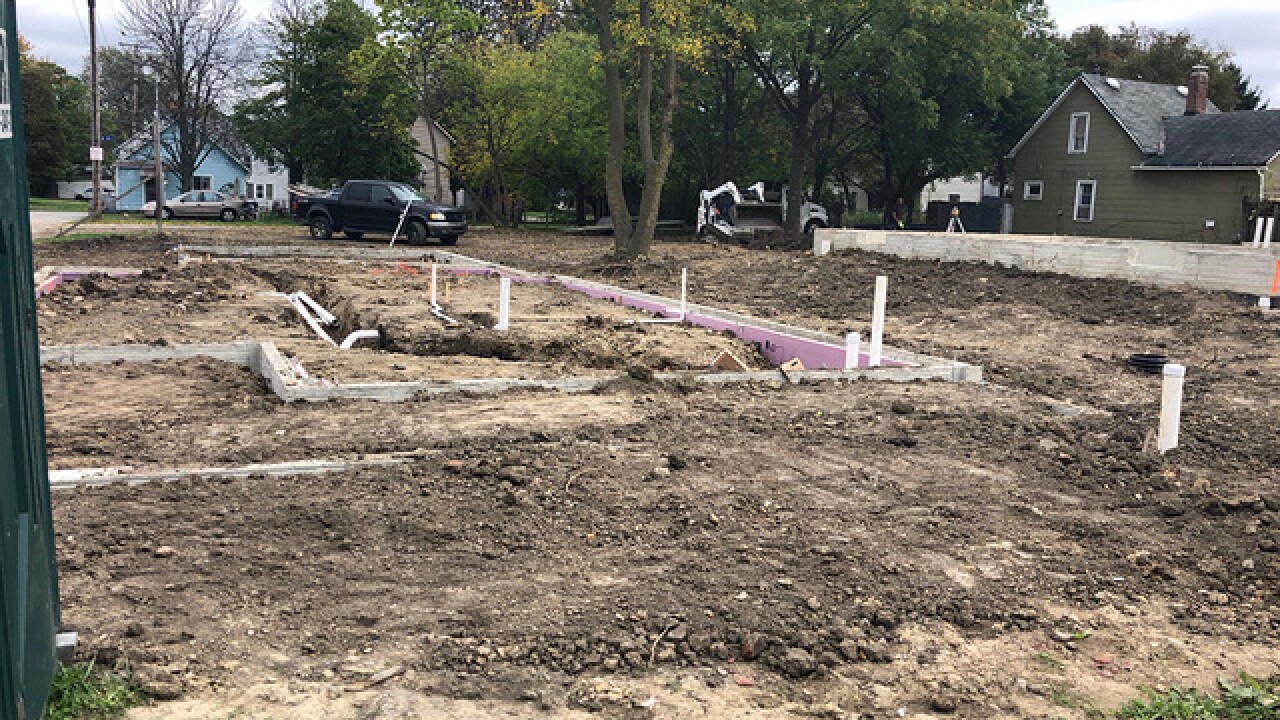 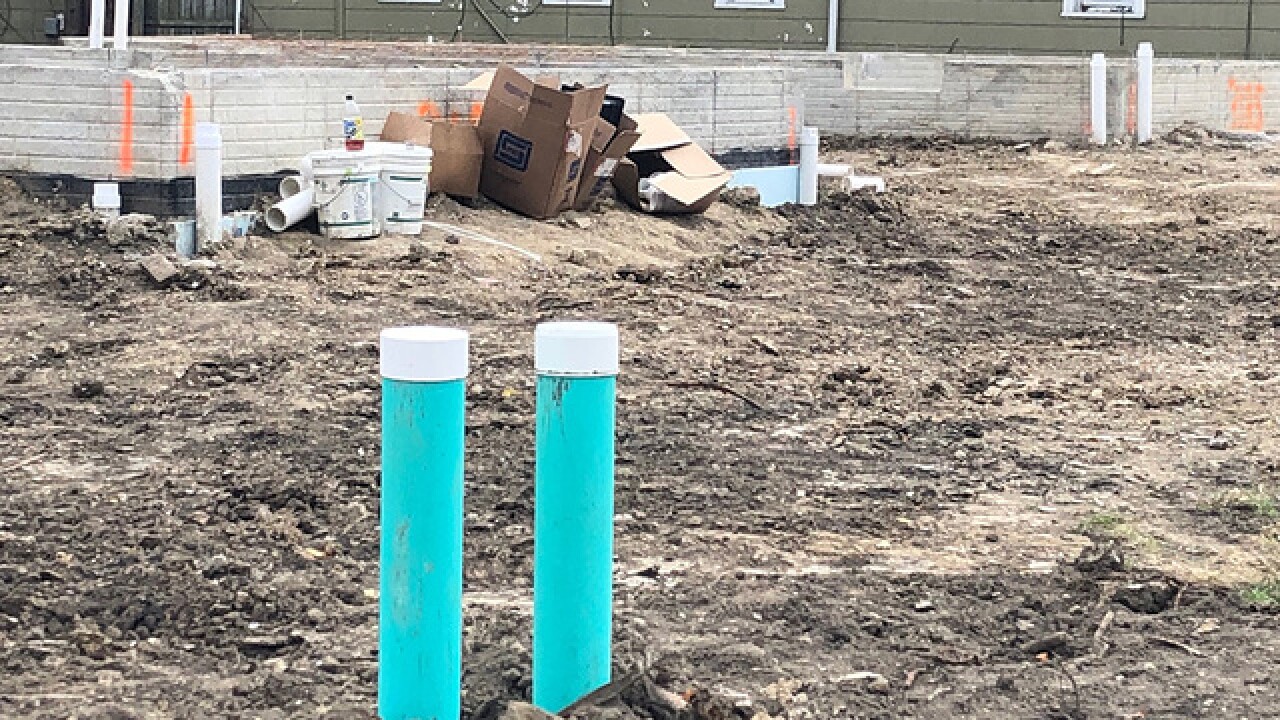 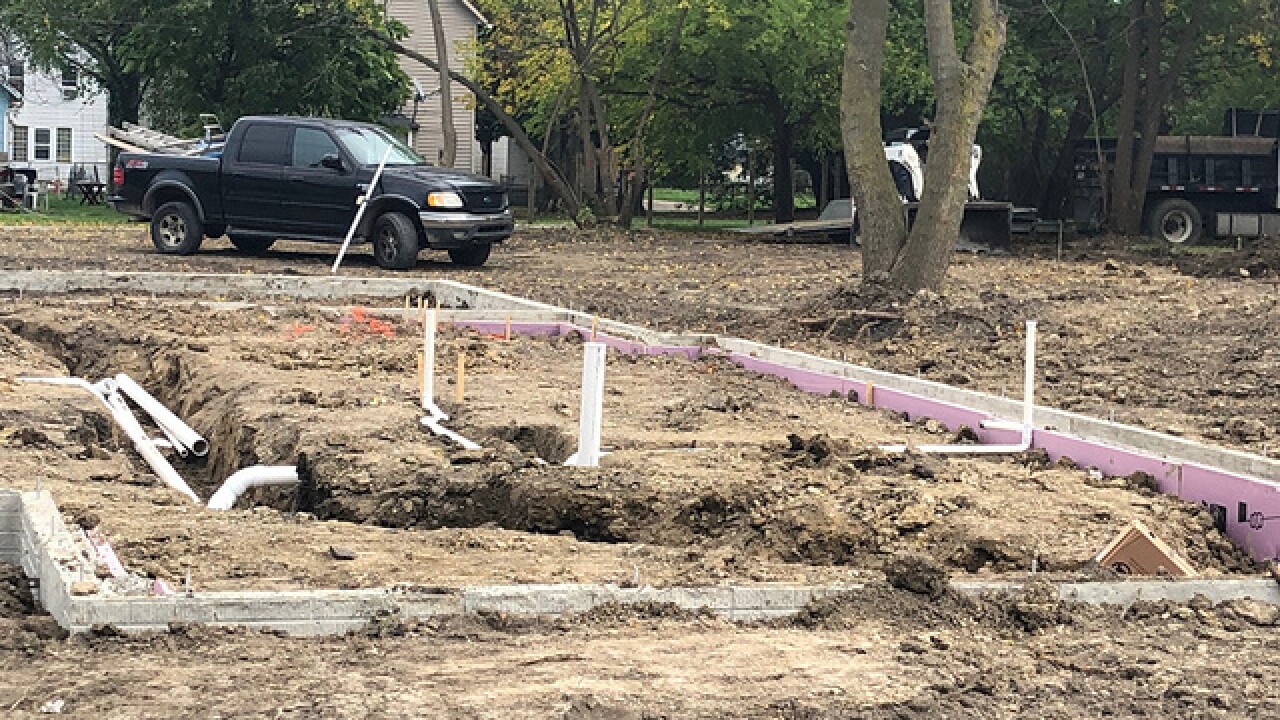 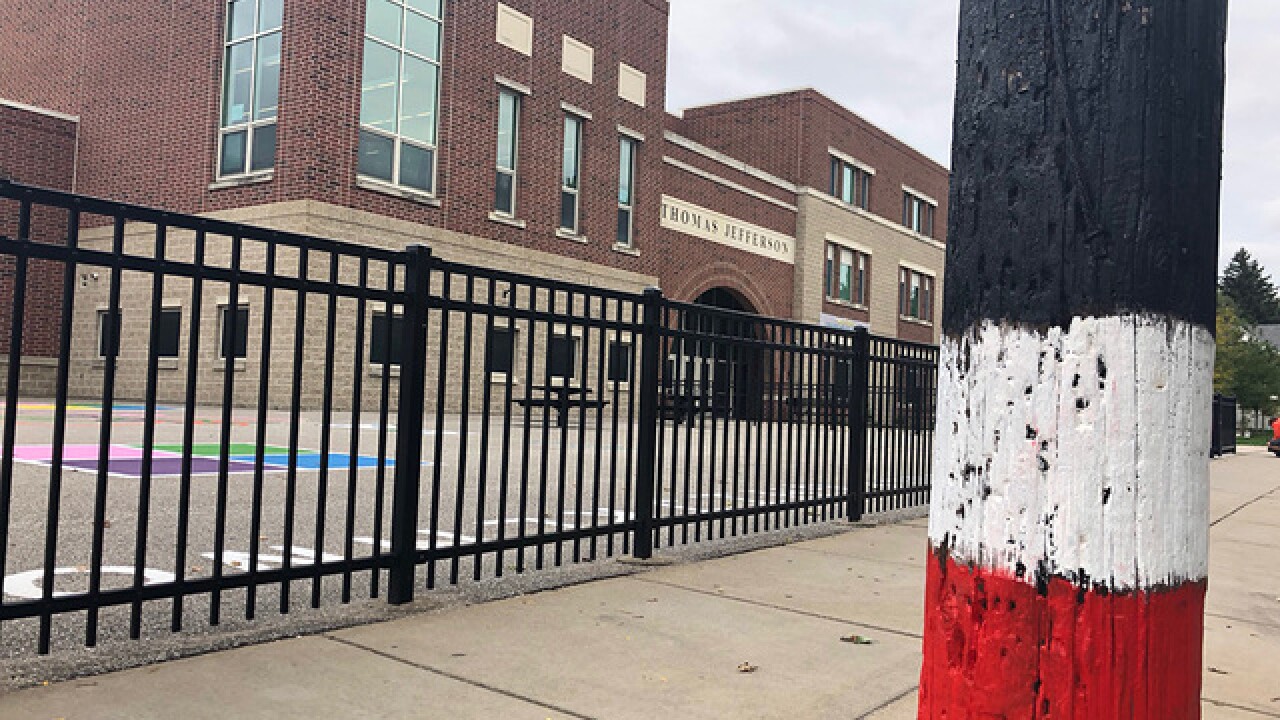 Cleveland’s Clark-Fulton neighborhood on the near west side is one of the most ethnically-diverse but economically-distressed neighborhoods in the city. However, a new housing program headed up by a local non-profit aims to help one by paying homage to the other.

Earlier this month, CHN Housing Partners began construction on 22 new homes located on scattered sites throughout the Clark-Fulton Neighborhood. At least five of the homes are located on West 56th and West 52nd Streets.

On a cloud-filled Thursday morning, a mini-excavator – which is hardly mini in size – carved out huge piles of earth from an empty lot at 3240 W. 52nd St., which was purchased by CHN Housing Partners from the local land bank. The machine’s tooth bucket carved through the dirt like a turkey on Thanksgiving. Those living and traveling nearby couldn’t help but be curious.

For Bill Jackson, the senior construction manager at CHN, the project is a homecoming of sorts. He grew up not far from his latest project.

“We’re in the process of excavating a new single-family house,” Jackson said. “It’s part of our International Village project. We’re building 22 houses throughout the neighborhood. We do a lot of single-family [homes]. We have been doing single-family lease projects for years and years.”

Just a few houses down from that construction site, another plot of land has been staked. Excavation will begin soon there too. Over on West 56th, a row of three separate houses located on adjoining lots have had the foundations poured and rough plumbing installed. The homes will be more than 1,300 square feet of open concept living with three bedrooms and two full bathrooms.

All of these homes are part of CHN’s nationally-recognized lease-purchase program. Under the program, families who meet certain low-income requirements can lease the homes with the option of purchasing them after 15 years. As part of the program, CHN is responsible for all of the major repairs if needed, in addition to property taxes and utilities. The tenants have to undergo intense financial counseling as part of the program.

CHN has used the lease-purchase model successfully in other neighborhoods, notably Slavic Village. But the project underway in Clark-Fulton is different because of the broader plan in place.

International Village, which used to be called Dream Neighborhood, is part of Metro West Community Development Organization’s broader revitalization plan that aims to welcome refugee families into the neighborhood. Once in the neighborhood, resources will be provided as the families get closer to reaching U.S. citizenship.

The anchor of the plan is CMSD’s Thomas Jefferson International Newcomers Academy, a public school that serves nearly 1,000 international students who represent more than 30 languages. For two years, students that attend the one-of-a-kind program learn academic skills, including how to speak English, before transferring to another Cleveland school. The homes that are being built as part of CHN’s affordable housing initiative flank the school.

“All of those residents who have put their lives in their homes — now they’re starting to see those empty spaces get filled in,” said Joe Cimperman, the executive director of Global Cleveland and former city councilman who helped spearhead the project. “When you build a new house, it helps bring up the houses there as well. It’s not just an injection of confidence or hope. It’s also people saying, ‘you know what, maybe I will put that new roof.’ Or, ‘I am going to the bank to get a loan for a new paint program.’ What it does is it makes people feel like their neighborhood is worth investing in.”

Cimperman lauded the efforts of Metro West, CHN and Councilmembers Jasmin Santana, Matt Zone and Kerry McCormack for their work on the project. It was a truly collaborative effort, he said.

The whole concept of the International Village plan is to accentuate Clark-Fulton’s rich and diverse history. Currently, the neighborhood is home to already large but growing Hispanic and African-American populations, as well as descendants of the Central and Eastern European immigrants who first lived in the neighborhood.

“There’s no division. People aren’t like, ‘we don’t want any new homes,’” Cimperman said. “Here in this neighborhood…  we’ve got people who have lived here. We’ve got people that are moving and we have this incredible international school in the middle of it. This is kind of what people are hoping for in terms of how cities get rebuilt. And, in my opinion, what America was founded on in the first place. They want to make their community the best it can be because they are grateful to be there. That school represents that. The neighborhood represents that. And I think you are going to see a lot of great things to come from that neighborhood because of that investment.”

While the 22 new homes are not exclusively for refugees or minorities, the available homes could be inhabited by refugees or minorities looking to move closer to the school. No matter who moves into the homes, the new and solidly-built structures will inject much-needed life in the neighborhood.

The homes are projected to be complete by early 2019. CHN Housing Partners will begin accepting applications from qualified tenants in late November.