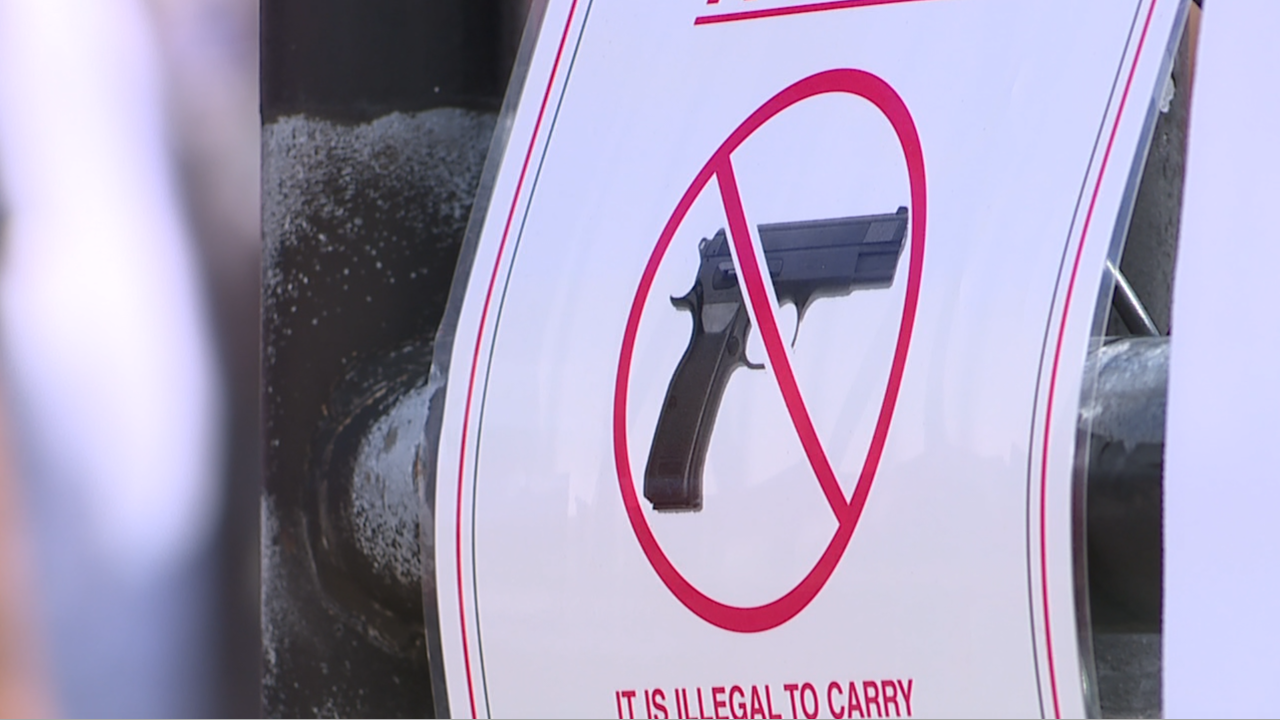 CLEVELAND — As communities in Dayton and El Paso continue to mourn the victims of the back-to-back mass shootings in their cities, the conversation about gun control has steadily continued to heat up across the country, including here in Ohio.

Now adding to that conversation, there are new concerns over the mental health of concealed carry permit gun owners in this state.

The Ohio Attorney General’s office confirmed that more than 100 people in the state have been deemed mentally incompetent by a court, but still have permits to carry concealed guns.

“Just get started with something,” said Ellen Kramer, a mother from Brecksville.

It’s a similar sentiment we’ve heard echoed across the country in the two weeks since the mass shootings that left 31 people dead in Dayton and El Paso and again Saturday from protesters, like Ellen Kramer, at the Moms Demand Action rally in Cleveland.

“I'm not blaming it on any one thing. There's a variety of things that go into it, so address it where you can,” Kramer said.

It's illegal for anyone ruled mentally incompetent by a court to own guns, but Yost said more than one hundred people who were ruled incompetent might still have their concealed carry permits.

It’s still unclear who was supposed to be following up to make sure those permits were revoked, but according to an agreement signed Friday, the Ohio Department of Public Safety will now be responsible for those checks.

Governor Mike DeWine has already proposed a 17-point plan to address gun violence—one of them is a red flag law.

It would let family members or police ask a court to take away someone’s guns if they’re determined to be a risk to themselves or others.

"It's not seizing somebody's property without due process. That was the stick, that was the issue that couldn't get resolved in the past. We've worked with voices across the broad array of concerned, we believe we have those sorted out,” Ohio Lt. Gov. Jon Husted said.

The red flag law was just one of the topics discussed at Saturday’s rally.

Senator Sherrod Brown and Congressman Tim Ryan both came out to show their support. Ryan said a red flag law proposal is in the works in Congress, and he’s hoping to get the ball moving on tougher background checks too.

“There's huge loopholes, so if you buy a weapon at a gun show, you don't need a background check," Ryan said. "We're trying to close those loopholes. We see the gun deaths every day in Cleveland and Youngstown and Akron and we've got work to do,” Ryan said.

But while he and Ryan are in agreement on red flag laws, republican State Senator Matt Dolan has a different opinion on checks.

“A background check, while it's going to be helpful, is not necessarily going to address the real problem. That is someone having a gun in their hands with malintent. And that's what we have to get to,” Dolan said.

News 5 reached out to the Ohio Department of Public Safety to see why they had not been checking concealed carry permit holders in the past, but we have not heard back yet.