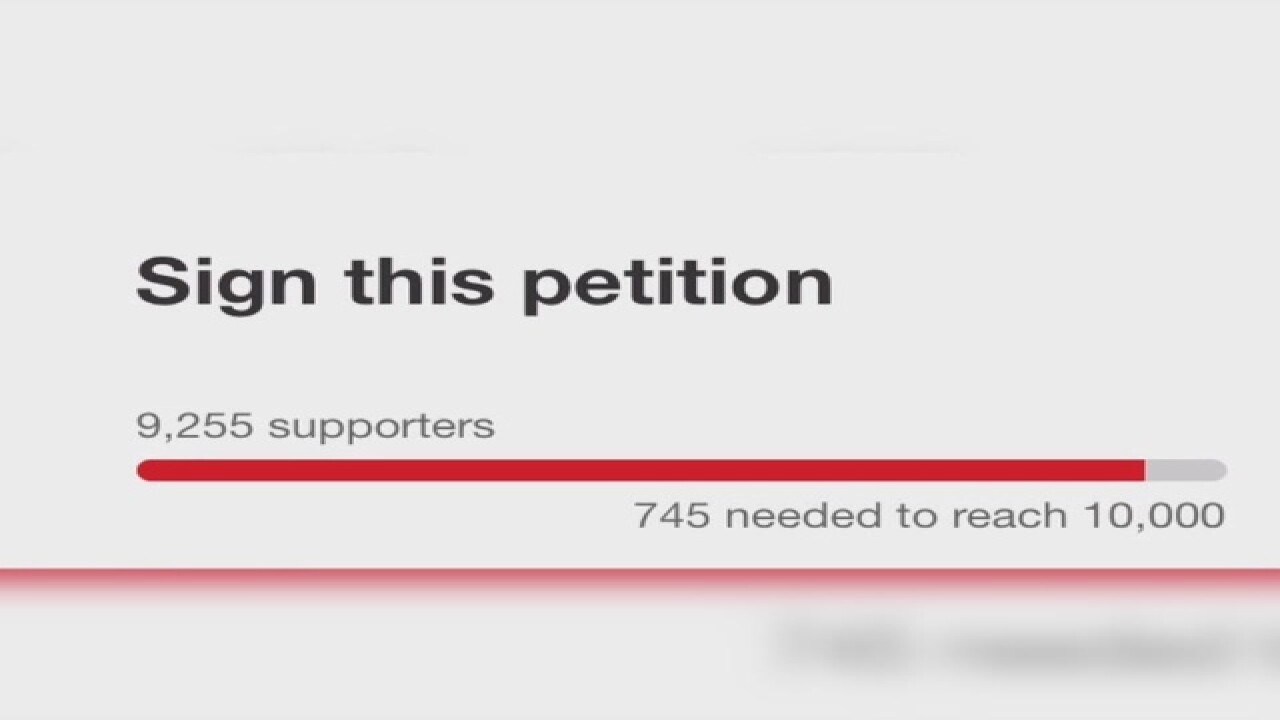 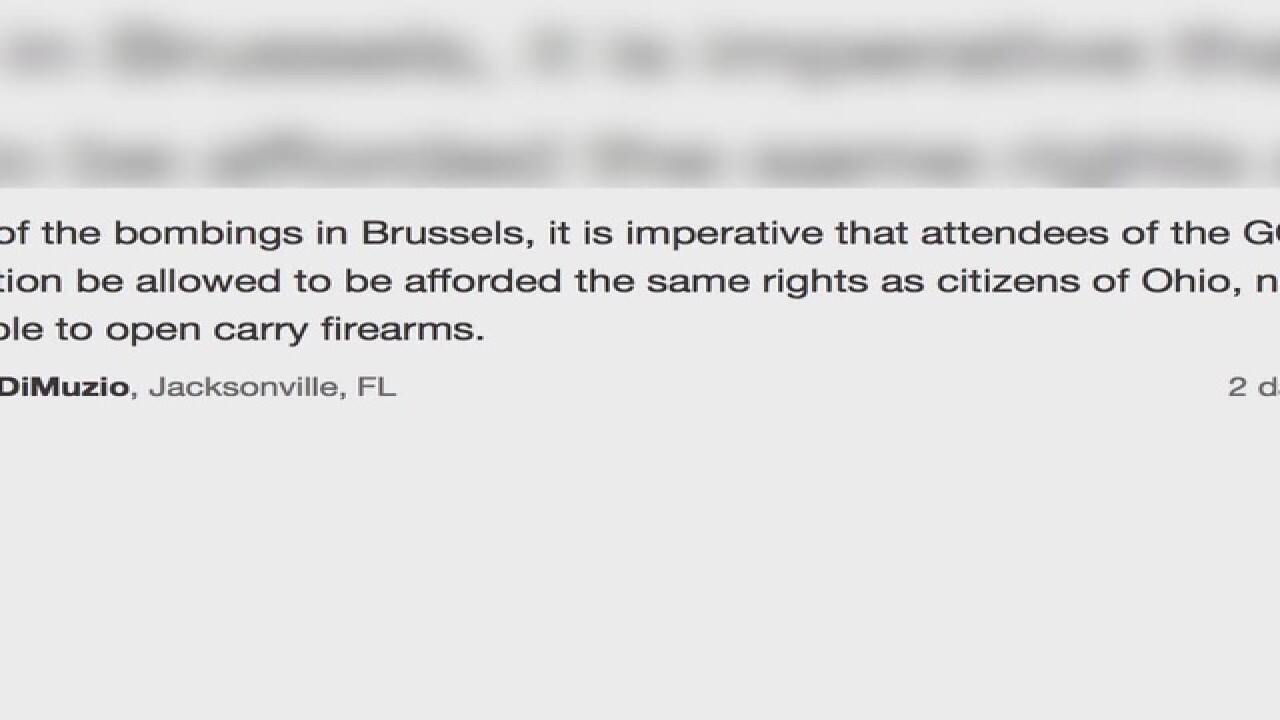 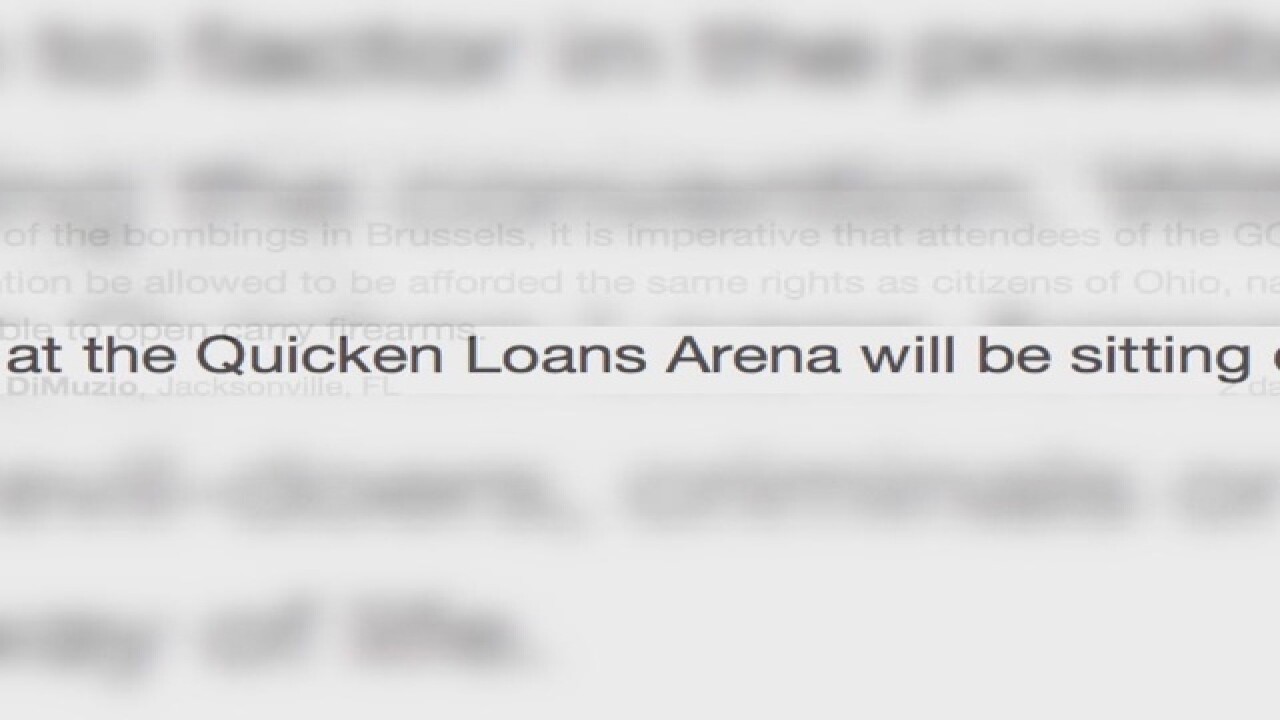 Following the creation of a petition on change.org demanding permission for the open carry of firearms at Quicken Loans Arena during the Republican National Convention in July, the Secret Service tells newsnet5.com that just wouldn't be possible.

Title 18 United States Code Sections 3056 and 1752, provides the Secret Service authority to preclude firearms from entering sites visited by our protectees, including those located in open-carry states.  Only authorized law enforcement personnel working in conjunction with the Secret Service for a particular event may carry a firearm inside of the protected site.
The Secret Service works closely with our local law enforcement partners in each state to ensure a safe environment for our protectees and the public. Individuals determined to be carrying firearms will not be allowed past a predetermined outer perimeter checkpoint, regardless of whether they possess a ticket to the event.

The petition argues that the rule is a violation of the public's Second Amendement right since Ohio is an open carry state:

This is a direct affront to the Second Amendment and puts all attendees at risk. As the National Rifle Association has made clear, "gun-free zones" such as the Quicken Loans Arena are "the worst and most dangerous of all lies." The NRA, our leading defender of gun rights, has also correctly pointed out that "gun free zones... tell every insane killer in America... (the) safest place to inflict maximum mayhem with minimum risk." (March 4, 2016 and Dec. 21, 2012)

But Quicken Loans Arena uses its right as a private entity to ban firearms under Ohio state law, according to the website.

The Secret Service banned firearms at the last Republican National Convention in Florida in 2012.