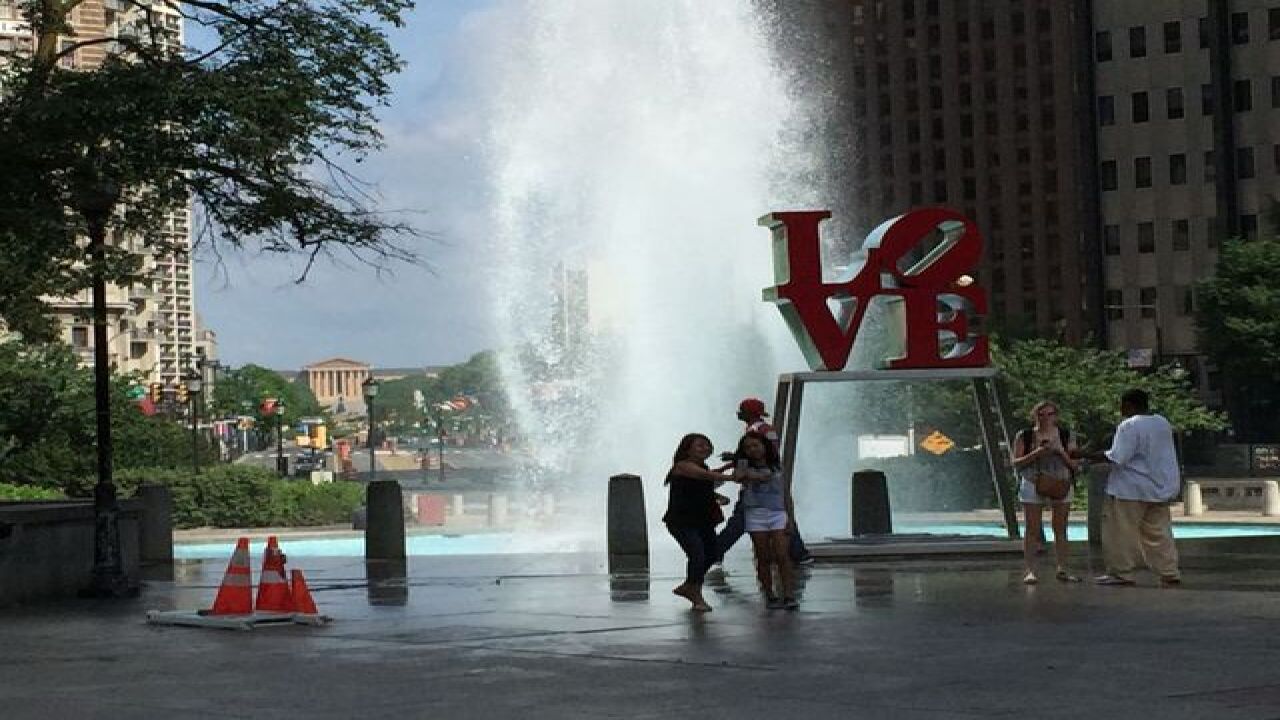 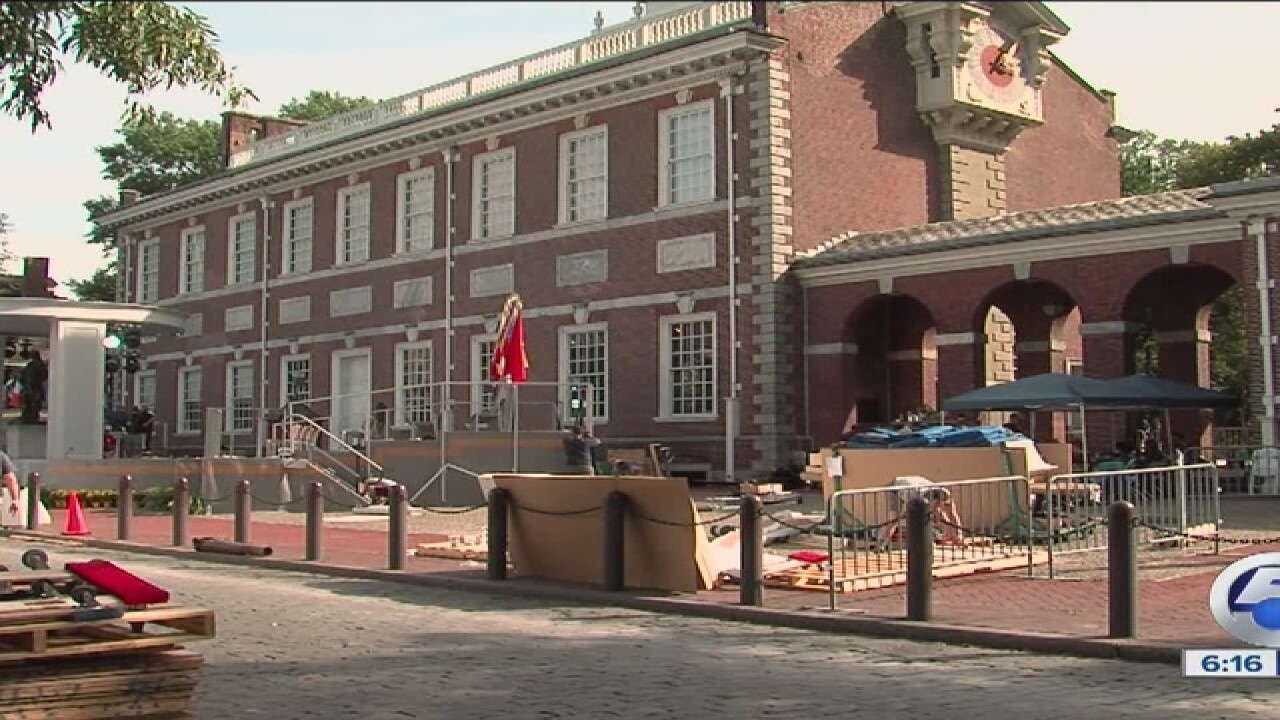 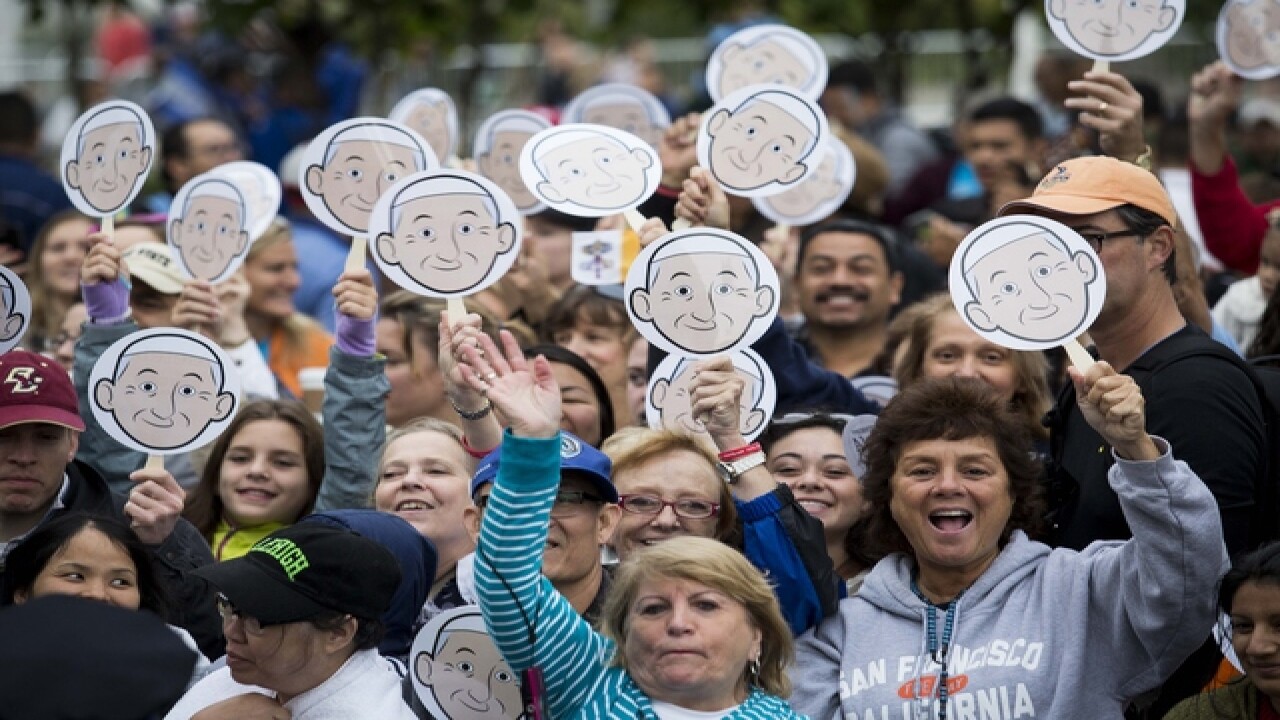 Imagine being hit with a history making snowstorm but knowing exactly when it will hit and having months to prepare for it.

That’s the situation Philadelphians find themselves in as they get ready for the visit of Pope Francis Saturday and Sunday.

While the U.S. Secret Service still has to come up with their security plans for the Democratic National Convention in Philadelphia next year and the RNC in Cleveland the week before, those events are still months away and as big as they are they are small compared to the papal visit.

Forget about the hotel rooms in and around the city being filled; the floors of gyms and church halls are being filled. Even the 400 or so bunks aboard the U.S.S. New Jersey anchored on the Camden, NJ side of the Delaware River will be rented out for $75 a night.

Many of those coming into the city from New Jersey will walk across the Benjamin Franklin Bridge which will be closed to all vehicular traffic. It’s a walk that will not only be several miles but one that also includes a 13-story climb up the incline of the bridge over the Delaware.

The city is urging residents literally to treat the visit like a snow storm and stock up on groceries and to see them through the weekend.

Some of the Northeast Ohio groups will be staying as far away as Lancaster, PA (two hours) while others like a group of college students from the diocese will be staying in the shadow of Independence Hall. They’ll actually be in sleeping bags on the floor of the Museum of National Jewish Heritage without the benefit of showers.

High School students from St. Ignatius and Walsh Jesuit will be staying on the floor of their Jesuit-run brother school St. Joseph's Prep which lucky for them is just over a mile to the site of Sunday's mass.

Those from John Carroll University are staying at the Jesuit-run St. Joseph's University out on City Line Avenue which will be a 4-6 mile hike depending on the security route.

Downtown Philadelphia has a three square mile box around where all traffic is blocked. To put that in perspective that would be like shutting down downtown Cleveland from Lake Erie to Progressive Field and from the Cuyahoga River to Cleveland State.

Philadelphians though have had months to work around the weekend with many not attending the events either heading to the Jersey Shore or Poconos for the weekend or just sheltering in place. Either way it will make hosting the Democratic National Convention next summer seem like a walk in the park.