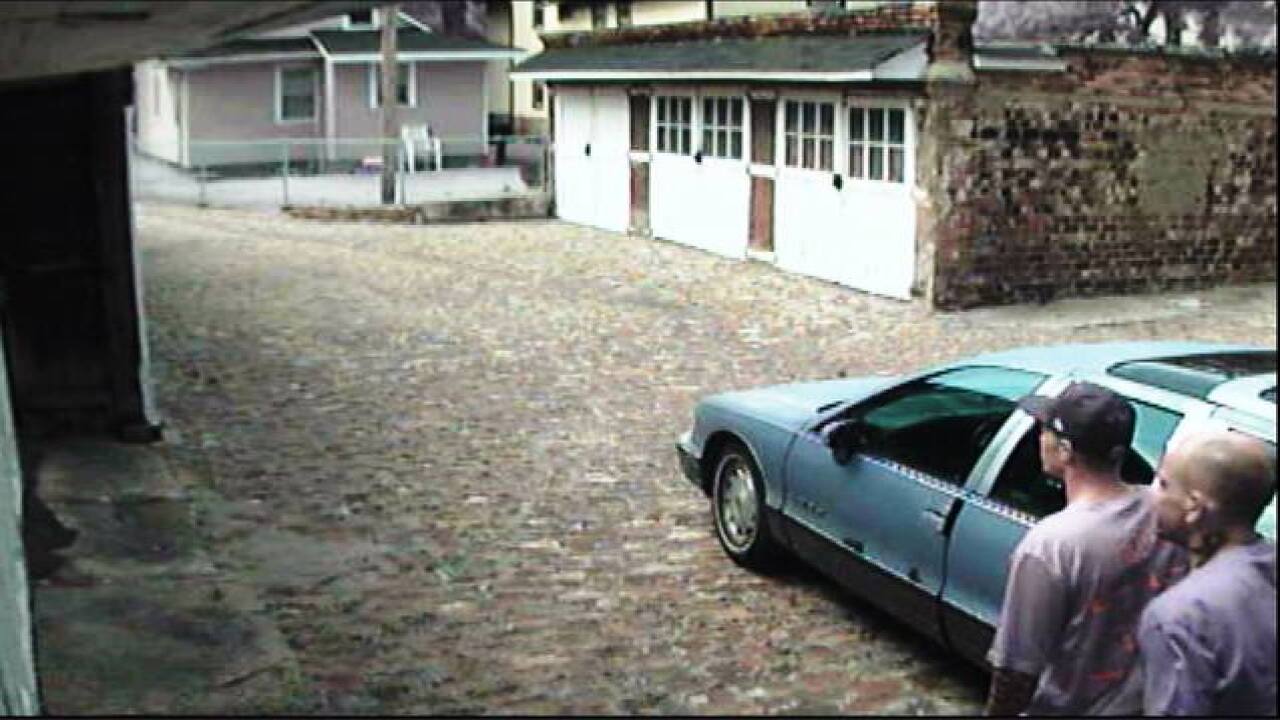 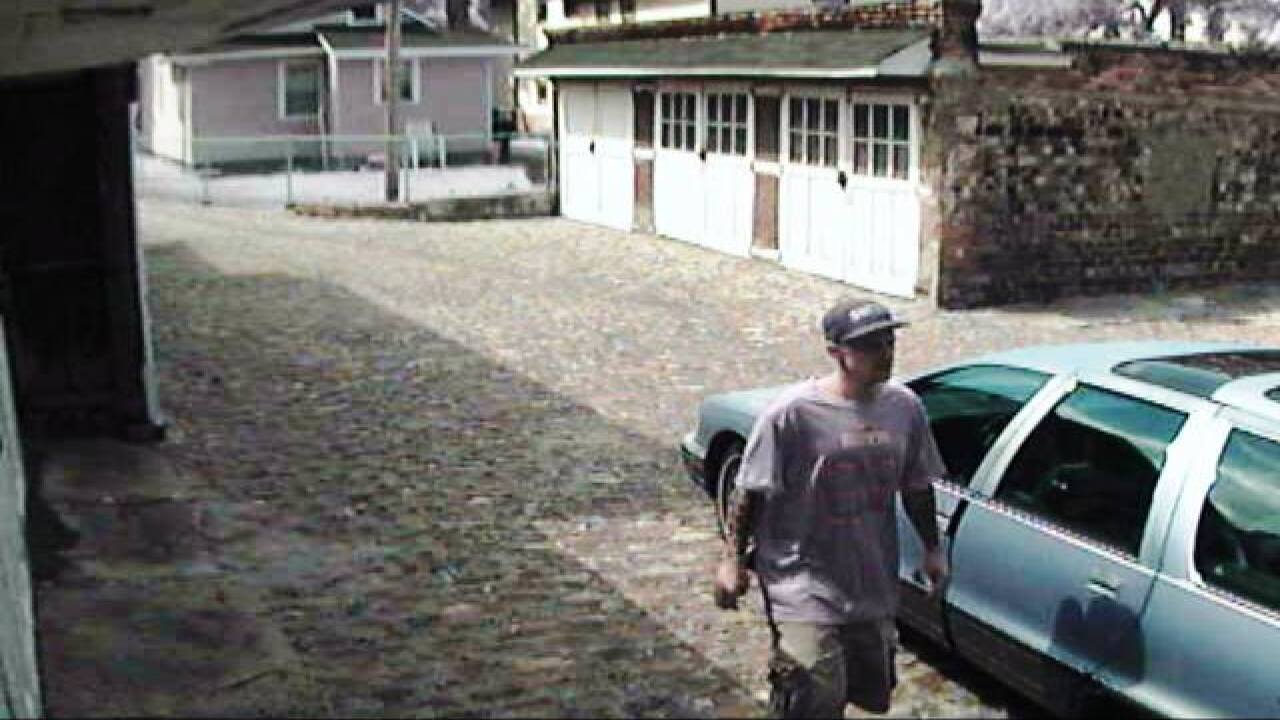 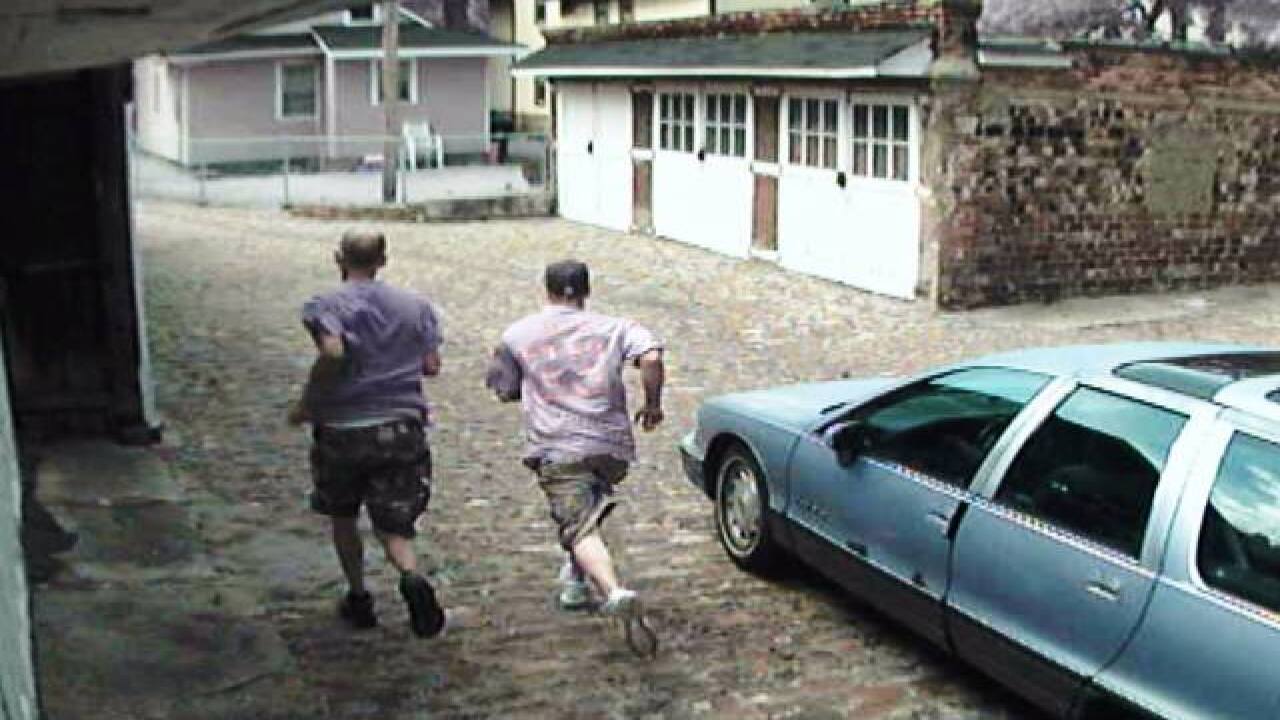 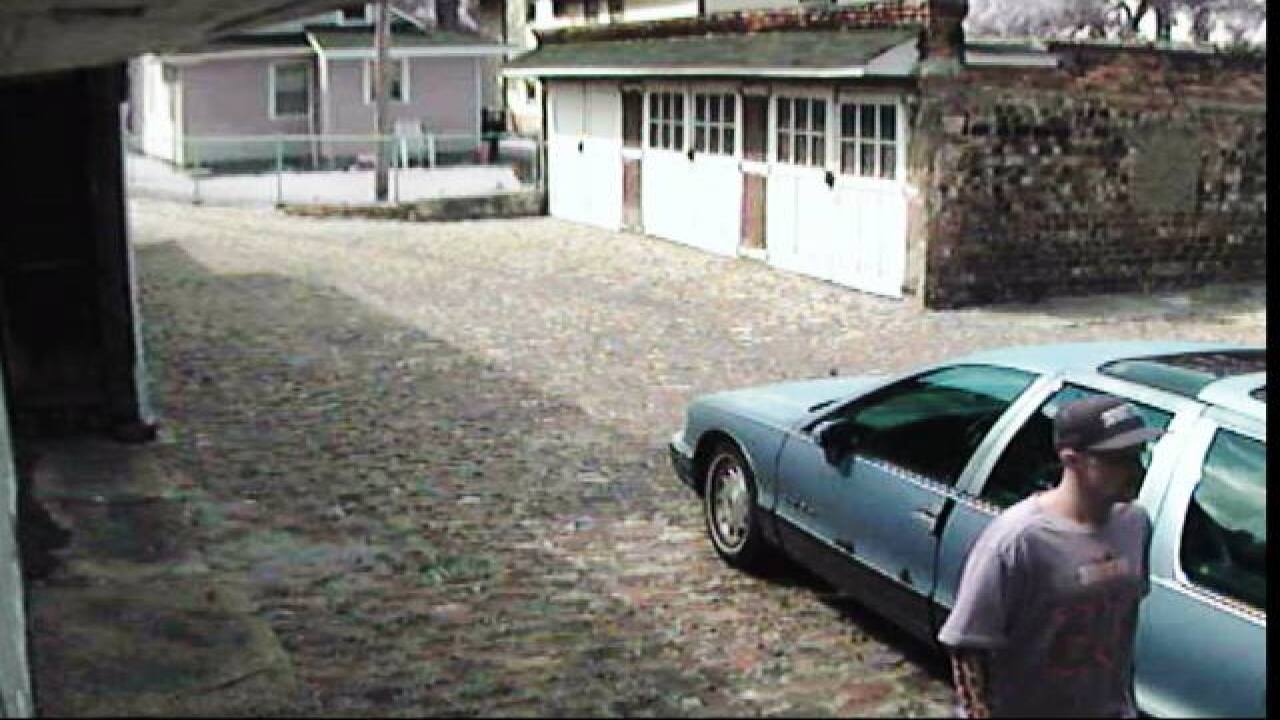 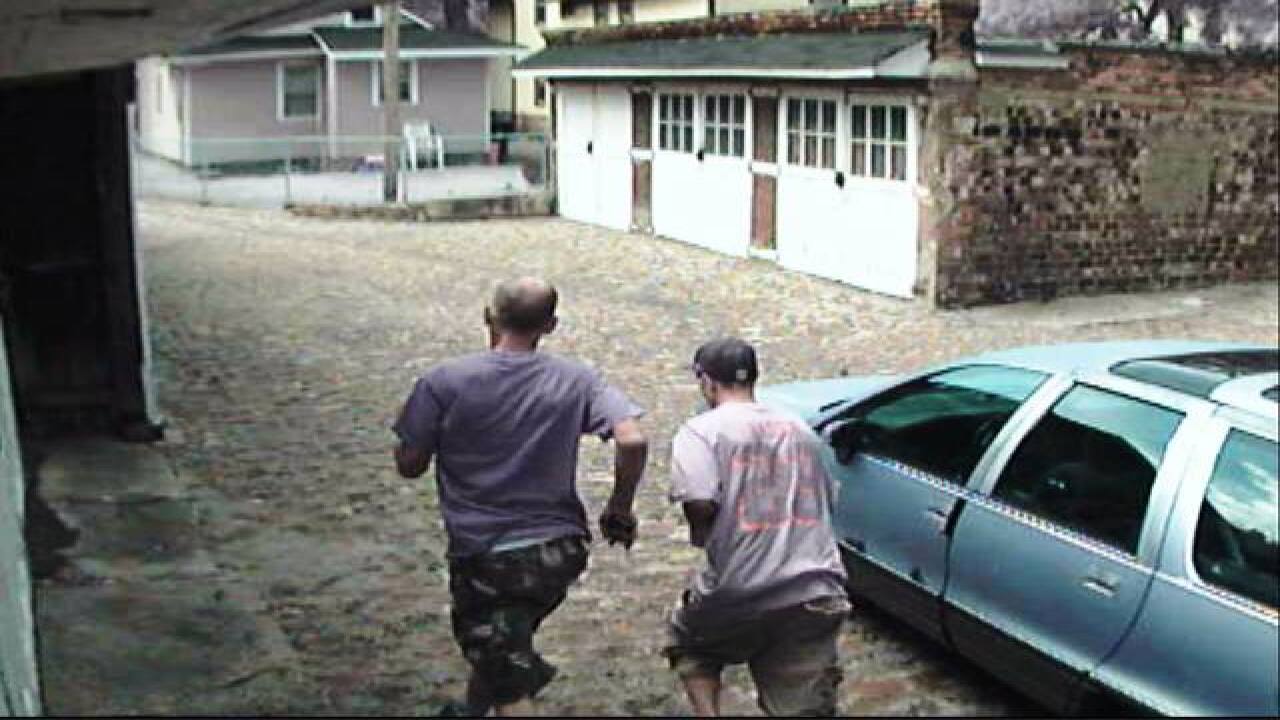 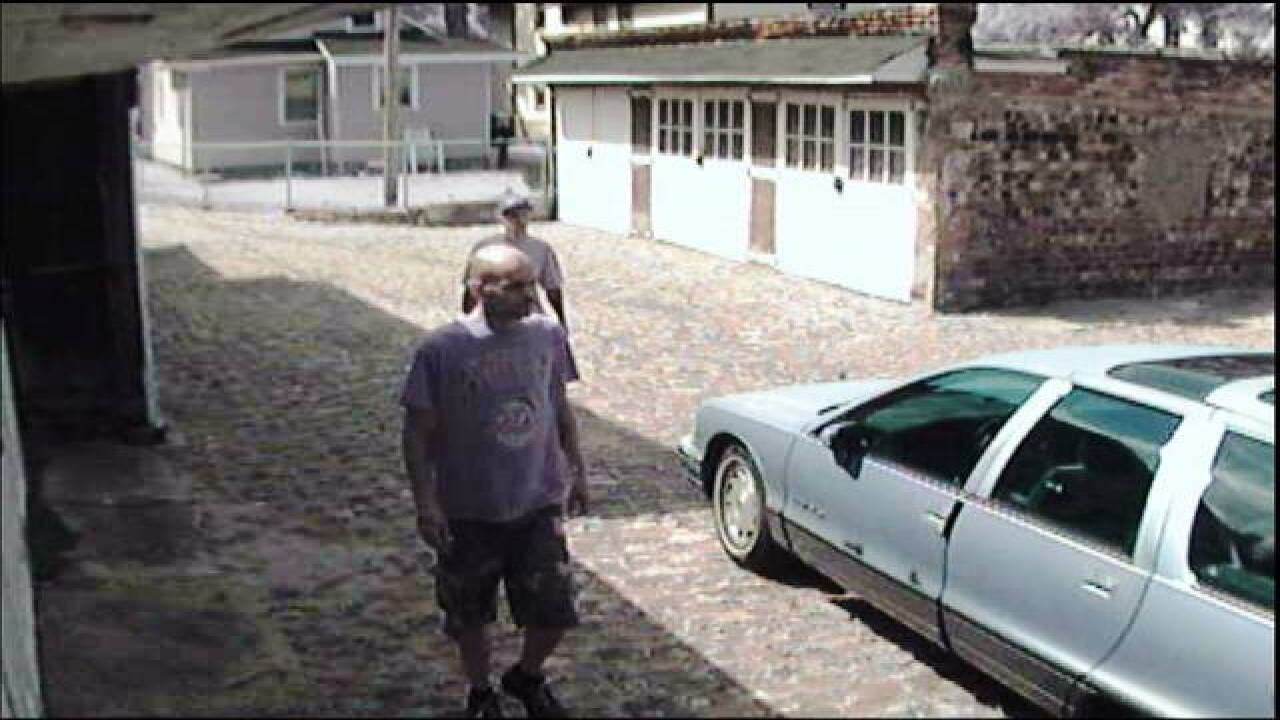 Cleveland Police are searching for two suspects in a robbery.

The surveillance photos above were taken before and after the robbery. Two suspects approached an 80-year-old man in a garage and indicated that they had a gun. They told him to give them his money, and that if he did not, they would kill him.

The man gave them $300 and a cell phone and the two fled.

Anyone who recognizes the suspects is asked to call Detective Janet Murphy at 216-623-5218 or e-mail at Jmurphy3@city.cleveland.oh.us.