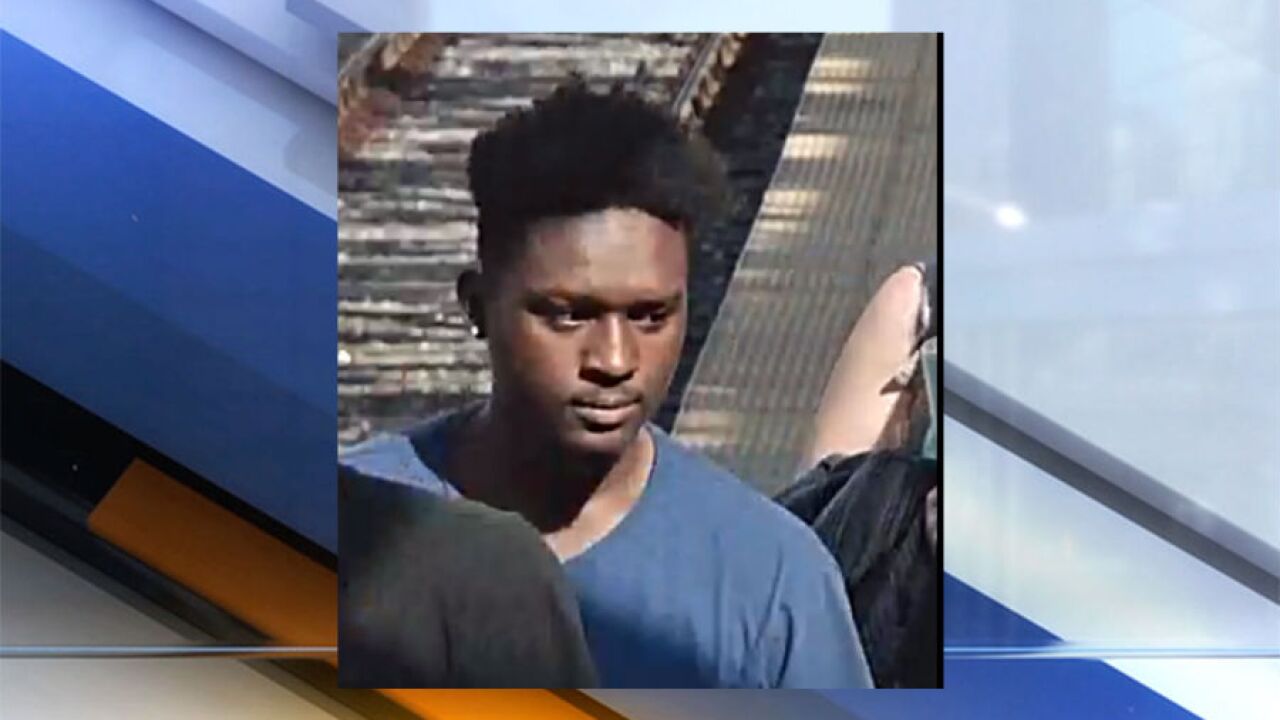 CLEVELAND — Cleveland police are asking for the public’s help in identifying a suspect in an aggravated robbery.

On Aug. 5, a mail carrier was delivering mail in the 6600 block of Fir Avenue when he walked past a man who then put a gun to the mail carrier’s back and said, “Don’t turn around or I’ll shoot you. Give me your wallet,” according to police.

The man used a credit card that was in the mail carrier’s wallet at a Footlocker and Rite Aid.