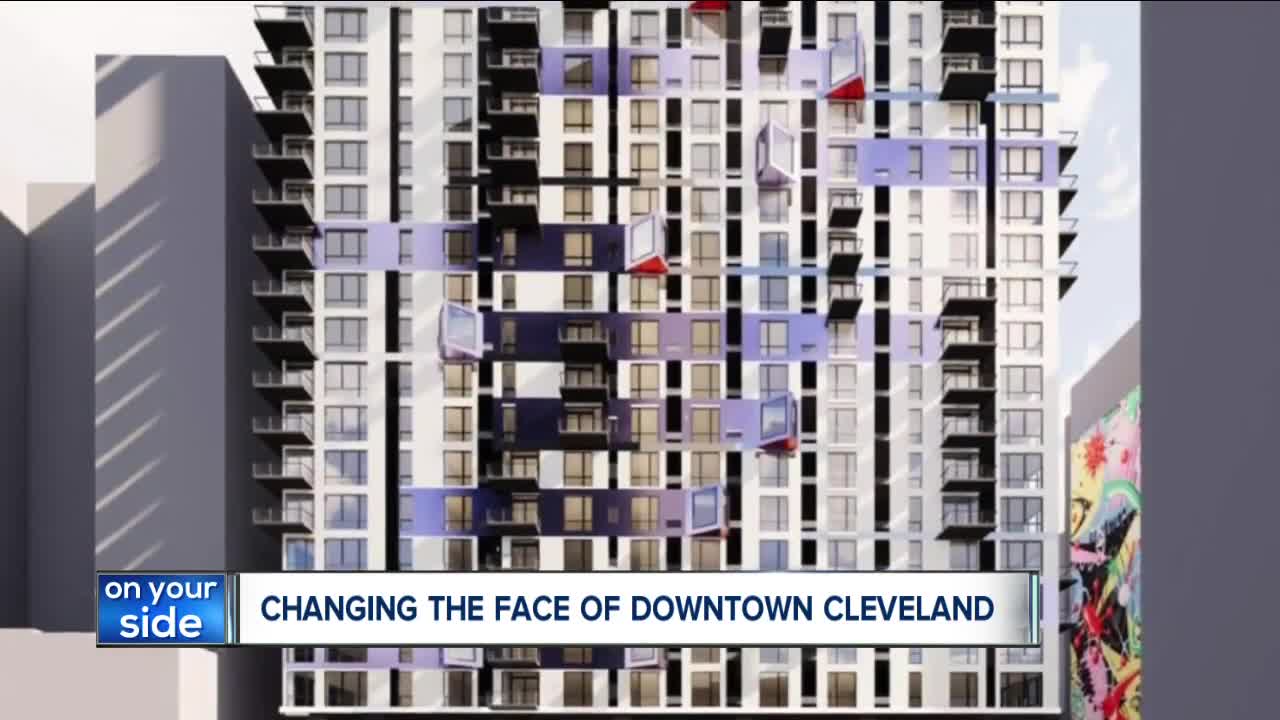 The developer, City Club Apartments, which is not related to City Club of Cleveland, said the mixed use project will include more than 300 living units that will be tailored and priced for young professionals in their 20s and 30s. 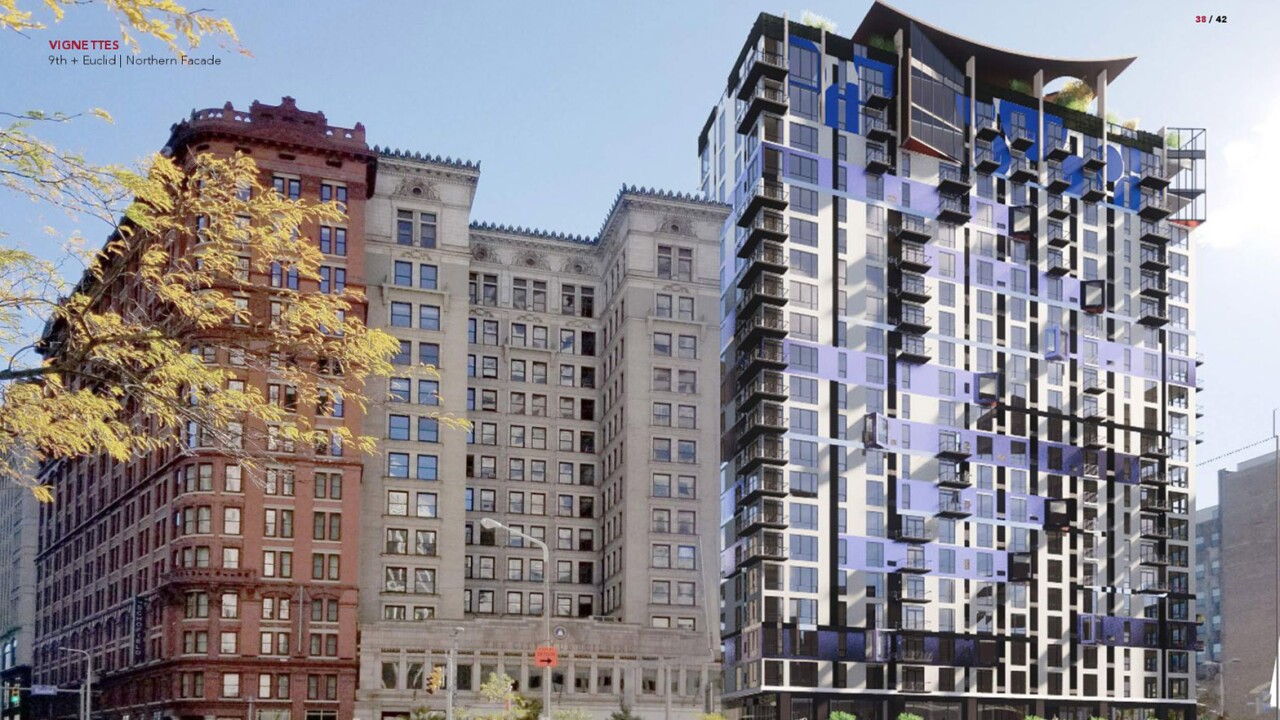 CLEVELAND — The Cleveland City Planning and Site Review Committee approved on Friday the conceptual plans proposed by Michigan-based developer who intends to build a 23-story apartment tower along Euclid Avenue near East 8th Street. The developer, City Club Apartments, which is not related to City Club of Cleveland, said the mixed use project will include more than 300 living units that will be tailored and priced for young professionals in their 20s and 30s.

The tower’s modern design incorporates elements seen in other parts of the world, including Europe and Asia while bringing a colorful and unique aesthetic to downtown, which is often dominated by the colonnades and columns of some of the grand, historic buildings.

The assortment of studio, one-bedroom and two-bedroom units will range from 400 to 1400 square feet, City Club Apartments Owner Jonathan Holtzman said. Many of the units will feature accessible balconies that peer over the restaurant, retail and gathering space on the ground floor that will flank the bustling Euclid Avenue corridor.

With new construction as opposed to renovating a historic building, Holtzman said the development will able to keep rents more affordable for prospective young professionals.

“How do we create apartments that they can afford, whether they earn $40,000 to $65,000? We focus in on smaller apartments with unbelievable finishes. Then we focus in on all of these other amenities,” Holtzman said. “By doing this it makes the apartments more affordable to their incomes. As their income increases, they might take a larger apartment and then maybe one day they are going to buy a house or a condo and start a family.”

The amenities may include a rooftop pool and terrace, indoor and outdoor theaters as well as a pet daycare. A restaurant, coffee shop and speakeasy have also been proposed. The development will be set back 10 feet from the property line, which will create a wider sidewalk equipped with common gathering spaces, Holtzman said. Vocon is designing the project.

“We want to bring that to Cleveland and we want to work with the city, the neighborhood, the business community, everything, and add what Cleveland doesn’t have,” Holtzman said. “Every year there is a new group of 20-year-olds. We think that we add to the vibrancy of the city and to draw the great companies and to keep them here by having these young professionals energize a city.”

The City Club Apartments proposal comes as residential housing downtown continues to see tremendous growth, building upon the 77 percent increase in new housing units from 2000 to 2015. In late 2019, The Beacon apartments opened, adding nearly 200 living units to the downtown core. The 34-story Lumen near Playhouse Square intends to open this year, which will add another 300+ residential units.

Holtzman’s focus on having the development appeal to younger demographics with more affordable rents may help fill a void in the downtown residential market. According to Vogt Strategic Insights, the median rent downtown increased by more than 50 percent between January 2011 and January 2019. The Downtown Cleveland Alliance routinely reports that the residential occupancy rate downtown exceeds 90 percent.

The demand is there and the supply is coming.

“I’m a baby boomer. We were the ones that exited the city. I think this generation is reversing that trend. They are requiring a different way to live. I think as developers we have to pay more attention to what 20-year-olds and 30-year-olds want,” Holtzman said. “Cleveland is very forward thinking in involving developers, which is great, but I think it’s just about timing. The demographics, the attitude, the income are what is really driving this.”

Holtzman said if the review and approval process goes according to plan, construction could begin late this year and the first batch of tenants could begin moving into the newly-constructed units by the first quarter of 2022.

“What is Cleveland like in the first quarter of 2022? I’m very hopeful that Sherwin Williams will keep its home here. I think that would be great,” Holtzman said. “I think maybe this balance between more great housing with more great employers with great political and business leadership, I think everybody benefits.”