A scathing 21-page report compiled by state officials found the Cuyahoga County Division of Children and Family Services failed at seemingly every turn in its investigations into the alleged abuse of Aniya Day-Garrett, the four-year-old girl allegedly murdered by her mother and mother’s boyfriend in mid-March.

</p><p><em>Aniya Day-Garret's mother, Sierra Day, was arrested in mid-March for her daughter's death.

According to state officials, the Ohio Department of Job and Family Services conducts a preliminary review when a child with a history at a county children services agency dies. However, Aniya Day-Garrett’s case received a more thorough administrative case review, which is warranted when there are extenuating circumstances, including questions of whether state law was properly followed.

According to state records, the ODJFS’ administrative review spanned the period of February 2017 through March 2018. In that time period, allegations that Aniya was being abused came to the attention of the Cuyahoga County Division of Children and Family Services a total of five times, the report states. 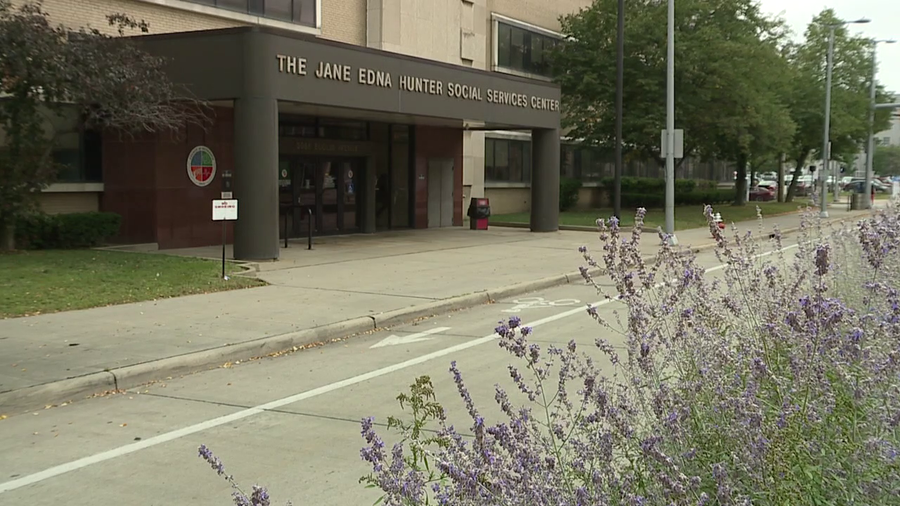 The February 2017 investigation revealed that CCDCFS officials became aware that Aniya’s daycare, Harbor Crest Childcare Academy, had documented injuries on Aniya’s body on multiple occasions. However, the state review found that investigation was closed without county social workers ever obtaining copies of those reports. The reports documenting Aniya’s injuries, which dated back to 2015, weren’t obtained by CCDCFS case workers until May 2017 when a subsequent allegation of abuse surfaced, according to the state’s review.

In the May 2017 investigation, a county social worker was dispatched to the hospital in reference to additional injuries observed on Aniya’s body. According to a Euclid police report, the daycare manager called police after she noticed that Aniya had a head injury and was bleeding from her ear. The injuries were consistent with abuse, the daycare manager believed.

The county social worker was dispatched to the hospital where Aniya was taken. The state review found the social worker noted that the emergency room doctor was reportedly unable to determine whether Aniya’s injuries were caused by abuse. However, the state review found that the hospital’s discharge summary, which was signed by the same doctor, clearly stated that Aniya’s injuries were consistent with abuse.

According to the state’s case review, the discharge summary was included in CCDCFS’ case file. Despite this, both the case worker and the case worker’s supervisor said they never reviewed those medical reports, the state review found.

The May 2017 investigation spanned 39 days. However, a total of 38 days passed between the initial contact with Aniya and her mother at the hospital and the closure of the case. There were no subsequent observations of Aniya after the first meeting at the hospital, despite the fact that daycare workers and the emergency room doctor both suspected abuse, according to state records.

“I think it sums up the entire fiasco,” said Paul Grieco, the attorney representing Aniya’s biological father, Michael Garrett. “There was clearly a lack of communication, lack of supervision and lack of training. Just an overall lack of overall care in my opinion. It’s tragic that the agency put into place to protect the most vulnerable individuals in our society, young children like this, failed Aniya Garrett, Michael Garrett and the Garrett family. It’s just a tragedy.” 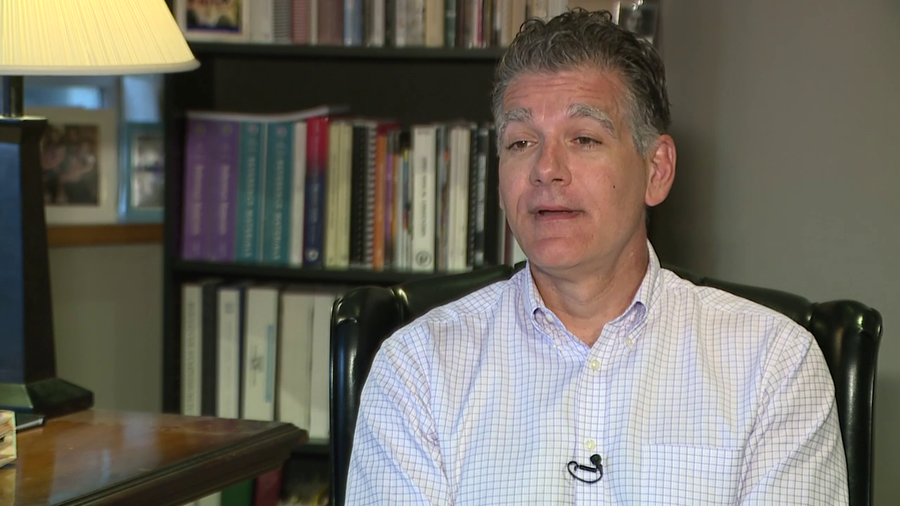 The state review, which Grieco said highlights the systemic failures of CCDCFS, also documents the agency’s failure to follow up on its own recommendations. According to state records, CCDCFS recommended three times that Aniya’s mother receive counseling. However, at no point did anyone from CCDCFS ensure that Aniya’s mother actually sought the recommended counseling, the state review found.

State investigators also found that at least one of the reports of alleged abuse was not screened into the agency correctly. Instead, the report was screened into a category that is not intended to assess cases of suspected abuse or neglect. Additionally, at least one report was not initiated within 24 hours, which is required by the state. The state's review found that In the third investigation conducted by CCDCFS, county social workers visited Aniya’s home but no one answered. There were no additional documented attempts at face-to-face contact within the state-mandated window of four days after the complaint is received, according to state records.

State reviewers found there was no justifiable reason why this did not occur. When the face-to-face contact was successfully made, it occurred 15 days after the initial complaint was made, the state found. According to state records, CCDCFS’ family assessments were not comprehensive in scope and did not include an adequate assessment of risk and safety for Aniya.

The state review found that documentation in the case file revealed Aniya, in response to how she received her injuries, told caseworkers that "mommy did it" and "daddy did it." Despite this, caseworkers said due to the child’s age and development, she could not comprehend or be interviewed regarding the allegations of abuse or injuries. Aniya’s statements were discounted as unintelligible or confused despite her repeatedly stating that her mother caused her injuries, the state review found. However, the caseworker could not articulate why Aniya’s statements were discredited.

At no point was there a discussion held regarding the ongoing pattern of injuries to the head, state records suggest.

“It goes to an overall systems failure. It’s not on a particular individual,” Grieco said. “It’s an overall system, a system that should be in place to protect and remove abused children like Aniya. Again, it’s even more egregious because it’s the overall system. These are social workers. These are individuals that are hired to protect our children. When they fail to do so, and now we know they were pretty egregious in their failures, everyone needs to be held accountable.”

According to state records, in the late 2000s, the CCDCFS implemented a continuous quality improvement unit, whose role it was to review cases for compliance with local and state procedures, in addition to identifying trends and patterns. However, the state review found that shortly after the unit was created, it was disbanded after the supervisor retired and assistant supervisor moved to another agency.

“The death of Aniya Day-Garrett is a tragedy which saddens us all,” Budish said in a statement. “We have reacted very strongly to the death of Aniya Day Garrett and immediately assembled a panel of experts in child welfare to review the case thoroughly and to make recommendations for the future. We have worked with the public, county council, community partners, child welfare experts and families to improve our practice and assure the public that child safety is our number one priority.”

The county has until mid-October to formally respond to the state’s findings and submit its corrective action plan. Aniya’s father, Michael Garrett, has channeled his grief into a quest for change. Aniya’s legacy lives through the Justice for Aniya Garrett Foundation. 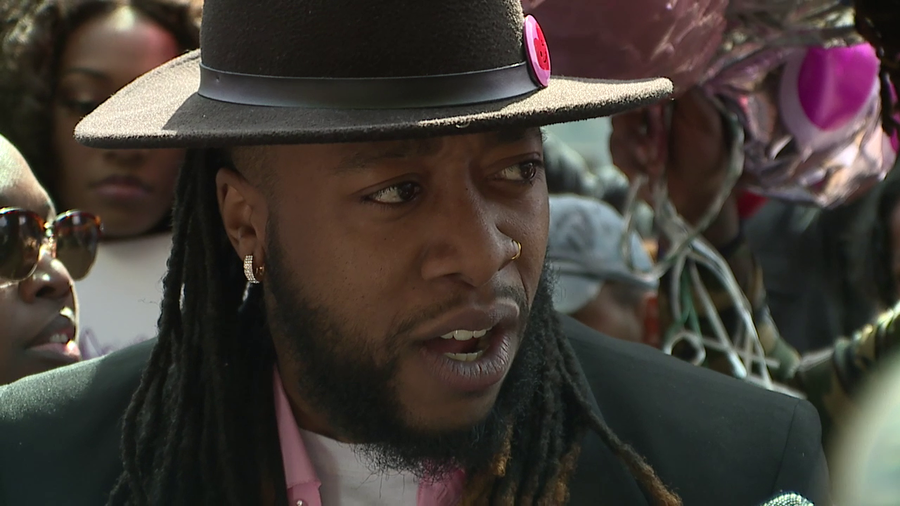 Sierra Day and her boyfriend, Deonte Lewis, are scheduled to go on trial for murder later this year.