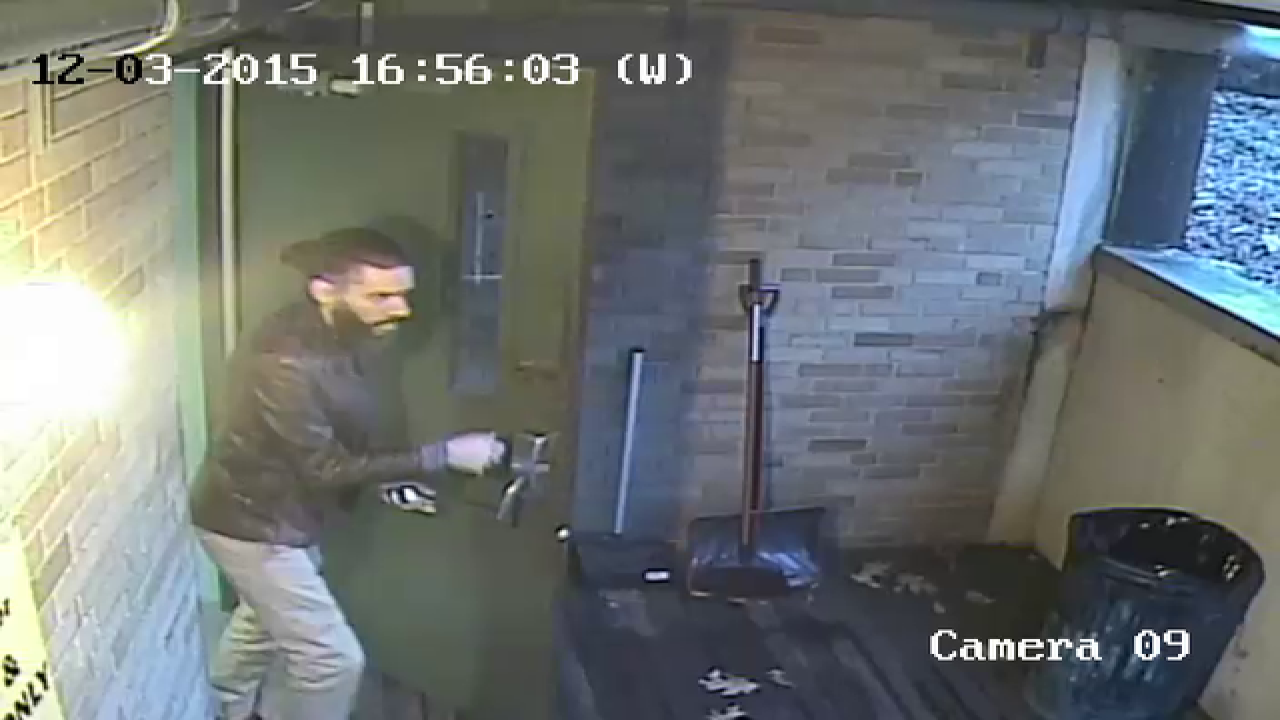 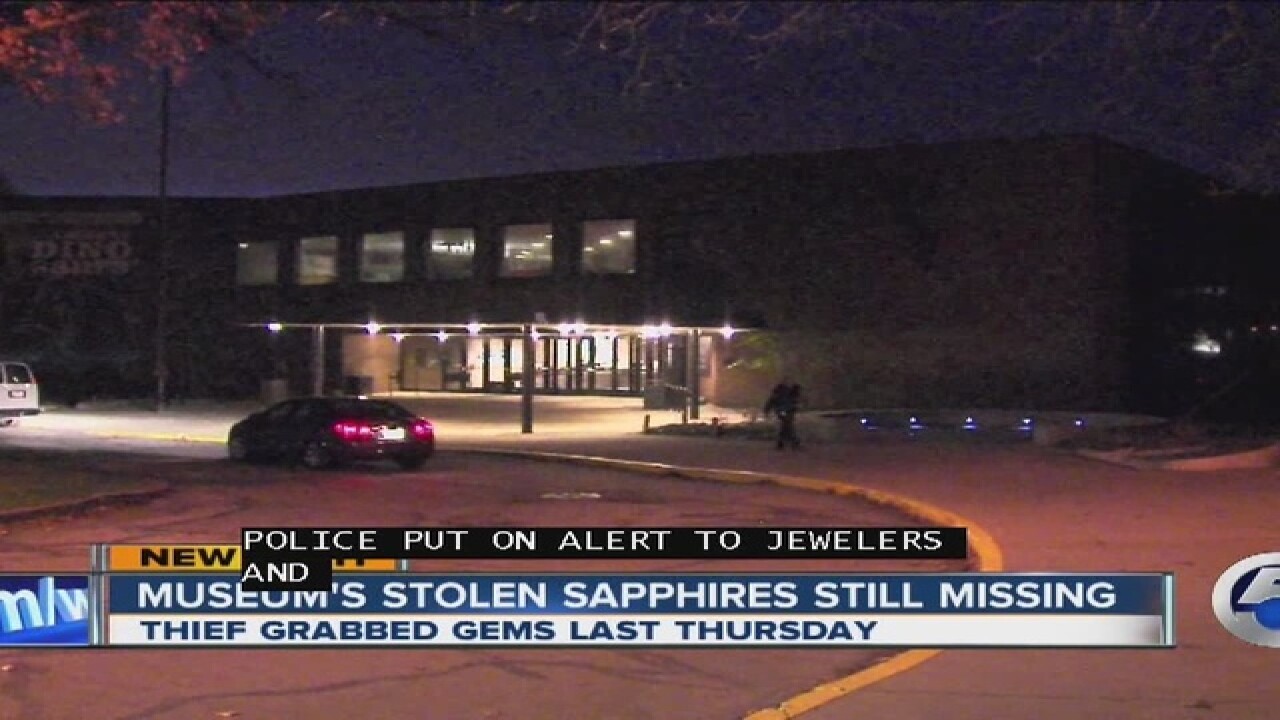 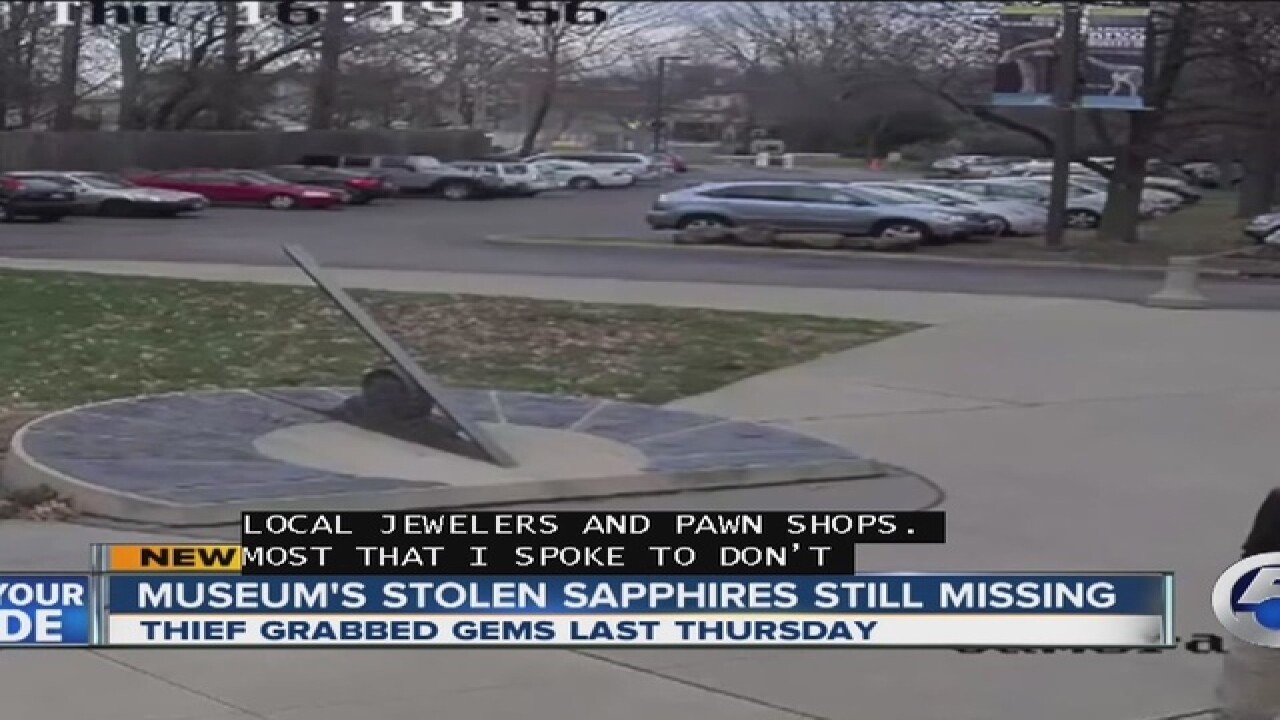 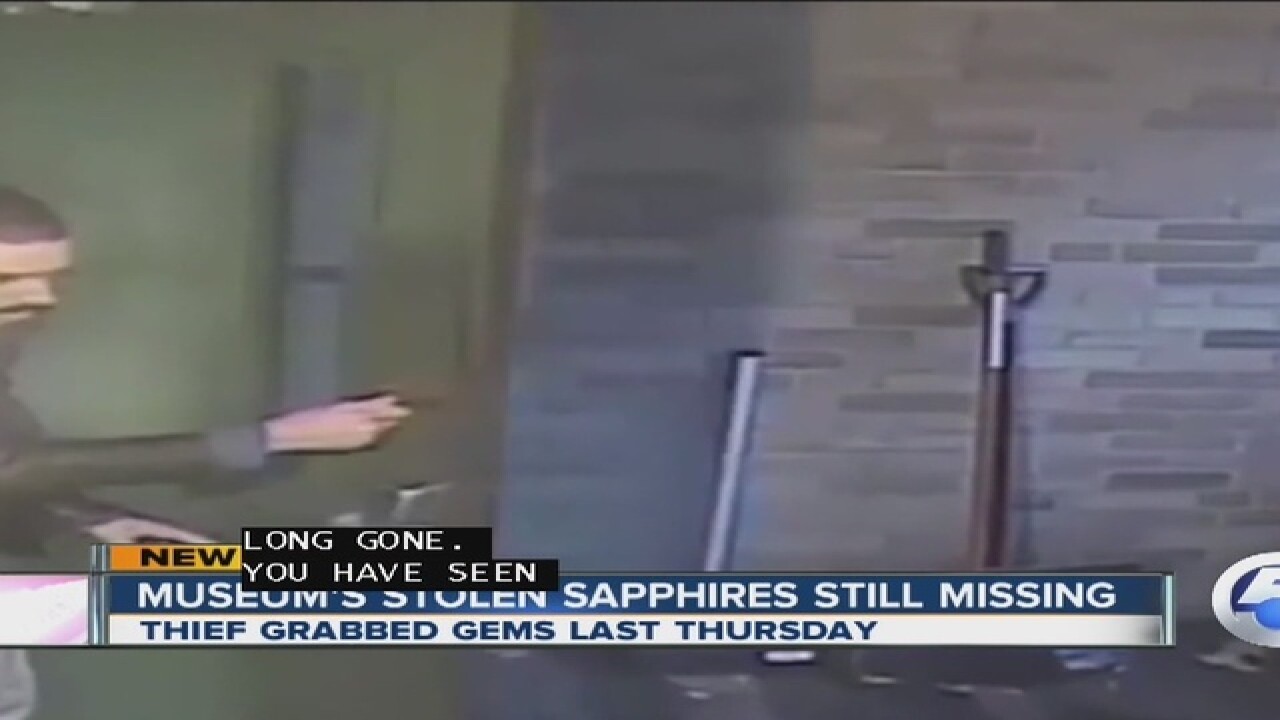 The mystery man who made off with thousands of dollars in gems from Cleveland's Museum of Natural History a week ago is still nowhere to be found -- and neither are the stolen sapphires.

The theft happened last Thursday, while the museum was still open. According to a police report, someone shattered a glass case and stole seven sapphires from the Wade Collection, worth more than $81,000 and dating back 100 years.

No photos of the missing minerals have been released.

Surveillance photos capture a man with a beard and "man-bun" hairstyle walking in the museum's front entrance -- and walking out clutching something in his hands. Police say he's a person of interest in the case.

Police immediately alerted jewelers and pawn shops to be on the lookout, but most dealers believe the loose jewels won't end up around here.

Joe Czelusniak is a pawnbroker at Odyssey Pawn on Madison Ave. in Cleveland. He said shops are required to maintain strict protocols to keep an eye out for stolen goods.

Those include each transaction requiring a valid ID and each item -- no matter the price -- receiving a police ticket that includes a description and serial numbers. Those tickets are then sent to the Pawn Record Unit at the Cleveland Police headquarters every day to compare to theft reports.

Even with checks in place, Czelusniak said about 2 percent of items that come through end up being stolen goods -- but that can actually be a good thing.

"Because somebody's looking for it, so we try to get it in as cheap as possible," he said. "Because if we let it go out the door, it's gone."

From there, Czelusniak said they can call police to come take a look, match up serial numbers and eventually get it back to the rightful owner.

As for the jewel thief, anyone with information or anyone who knows the person of interest is asked to call University Circle Police at 216-891-1234.

The museum's gem exhibit remains closed to the public.