Look back | Seeing the Pope is a test of wills 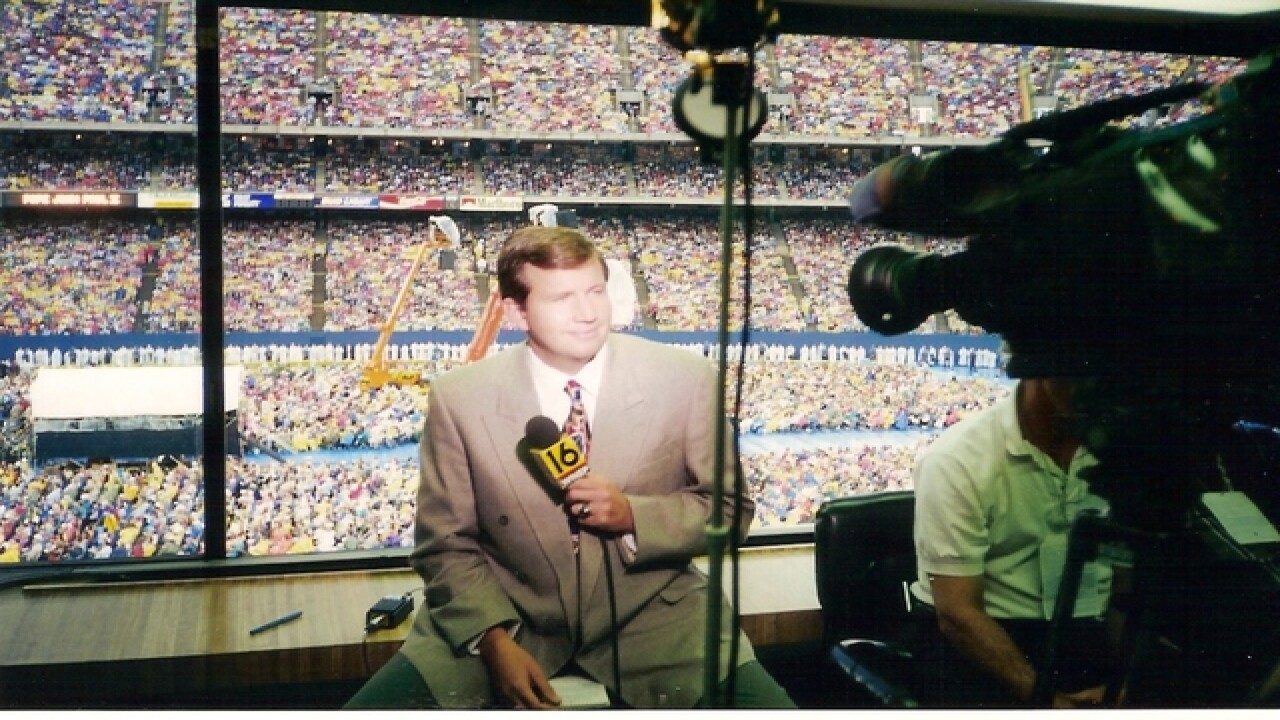 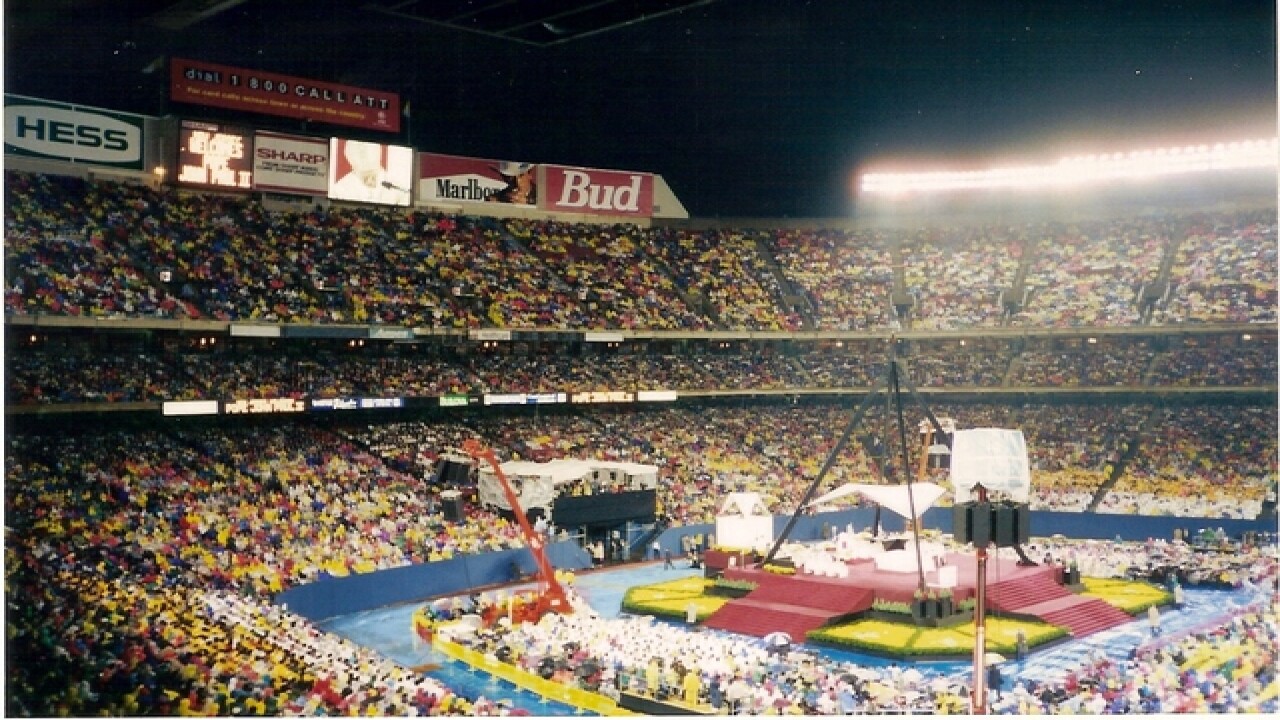 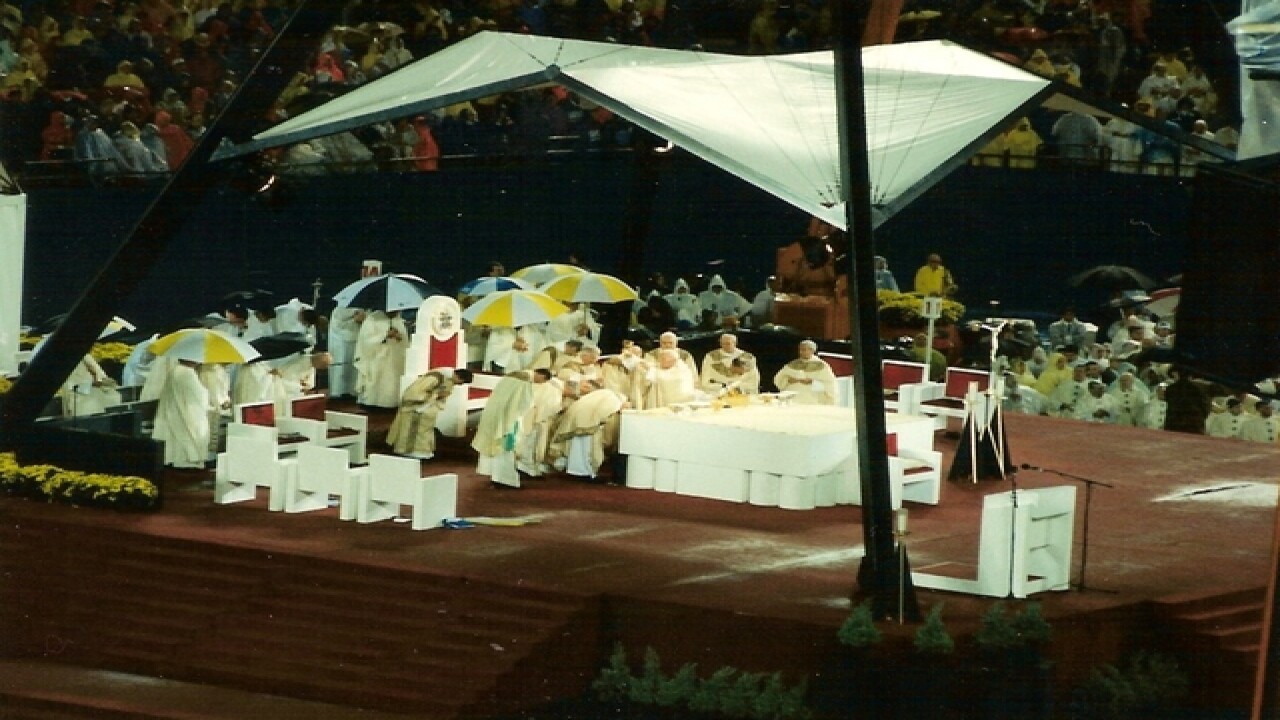 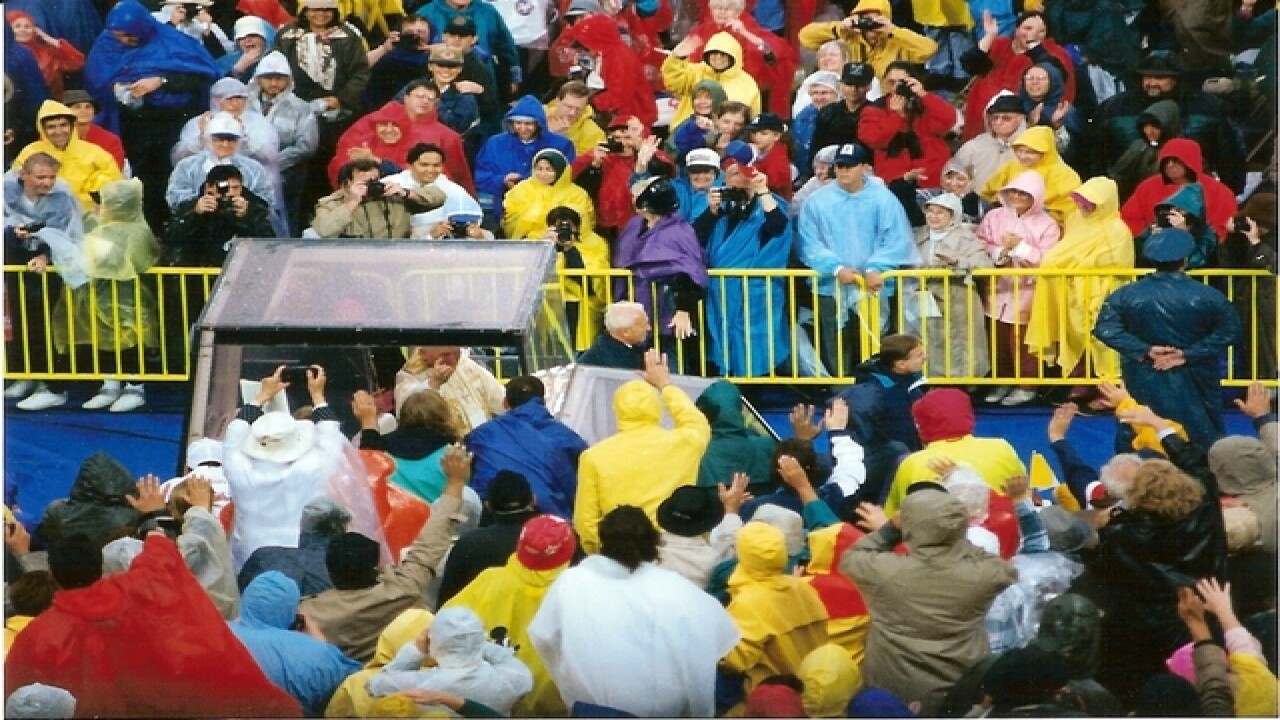 On Thursday, Oct. 5, 1995, the east coast was getting pounded by the remnants of Hurricane Opal, an all-day rain that drenched the roughly 83,000 ticketed visitors to the old Giants Stadium in the Meadowlands.

They were there for the first three public masses Pope John Paul II would celebrate on his fourth U.S. tour.

It was one of those cold fall rains you felt in your bones and one that could have forced many to question their decision to come because attending a papal mass meant arriving hours early to make it through security just to sit in the rain.

I covered the first of two papal masses on and the one I most vividly remember because as I looked out at this colorful sea of raincoats and ponchos I was struck by one thing, the empty seats, there were none.

Those who had tickets were not passing on the opportunity to see this pope no matter what they had to go through to do it.

It is in some ways what many of those traveling from Northeast Ohio this weekend to see the pope in Philadelphia will be going through, not on the meteorological side of things (hopefully) but on the walking side.

There is an unparalleled security perimeter set up here, three square miles that will be a test of endurance, patience and stamina.

As I met with and talked to the different groups around Greater Cleveland over the past few weeks it is a challenge they welcome and one like those who sat in the all day rain 20 years ago they say will be worth it.