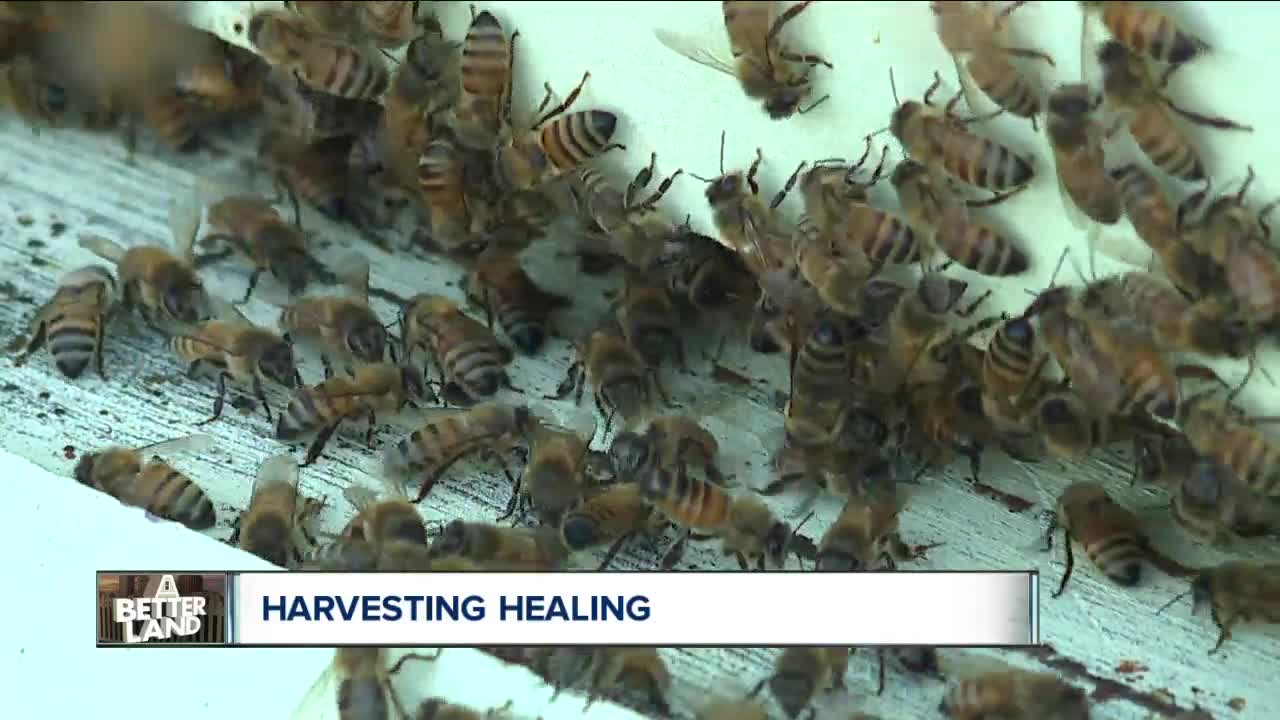 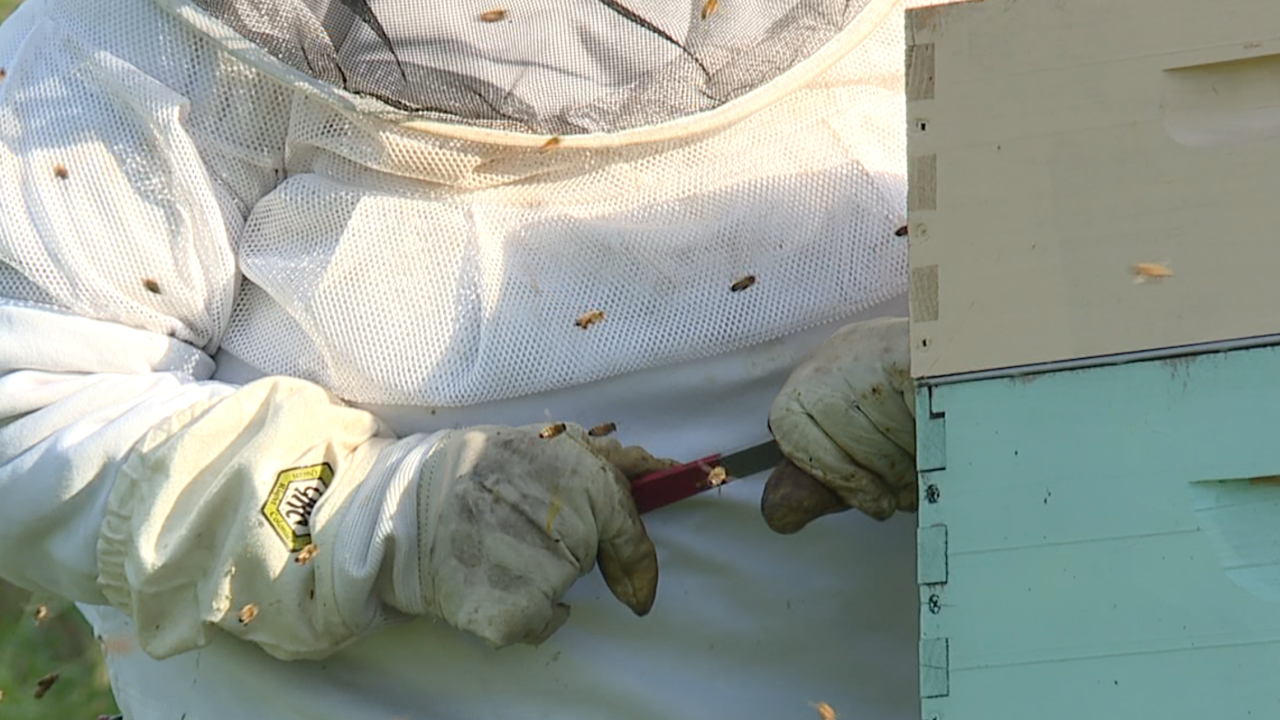 TRUMBULL COUNTY, Ohio — It's all the buzz in Trumbull County.

Kirk Barrett is checking the hives to see which ones are ready to be harvested, but he's not just tending to the bees, he's healing.

"My anxiety levels are not as high as before," said Barrett. "I'm a lot calmer."

"I lost my job, I got divorced, went through a severe state of depression," he said. "Everything was just down hill."

Barrett also suffers from PTSD so when St. Herman House started a beekeeping program he jumped at the opportunity for some nature-based therapy.

"There are hives in the city, but we like to bring men out here, many of whom have never set foot outside urban Cleveland, outs of the inner city so its like a whole new perspective on the world," said Paul Finley, director of St. Herman House.

Finley says working in the apiary has helped bring Barrett back to life.

Barrett says beekeeping isn't just helping with his PTSD, he says there are lots of other residents who are also benefiting and working through their own issues.

"There's a lot of issues in the community pertaining to like the opioid epidemic, the alcohol addiction stuff like that and some of the guys also come out and help me," he said. "I've seen it also helping them so I would like to get more guys involved."

Once just a hobby and a healing tool, Barrett now plans to make this his full time gig.

"You're doing something, you are contributing back to society, back to nature," said Barrett. "It's rewarding work, and anytime you find something you like its not really work anymore."