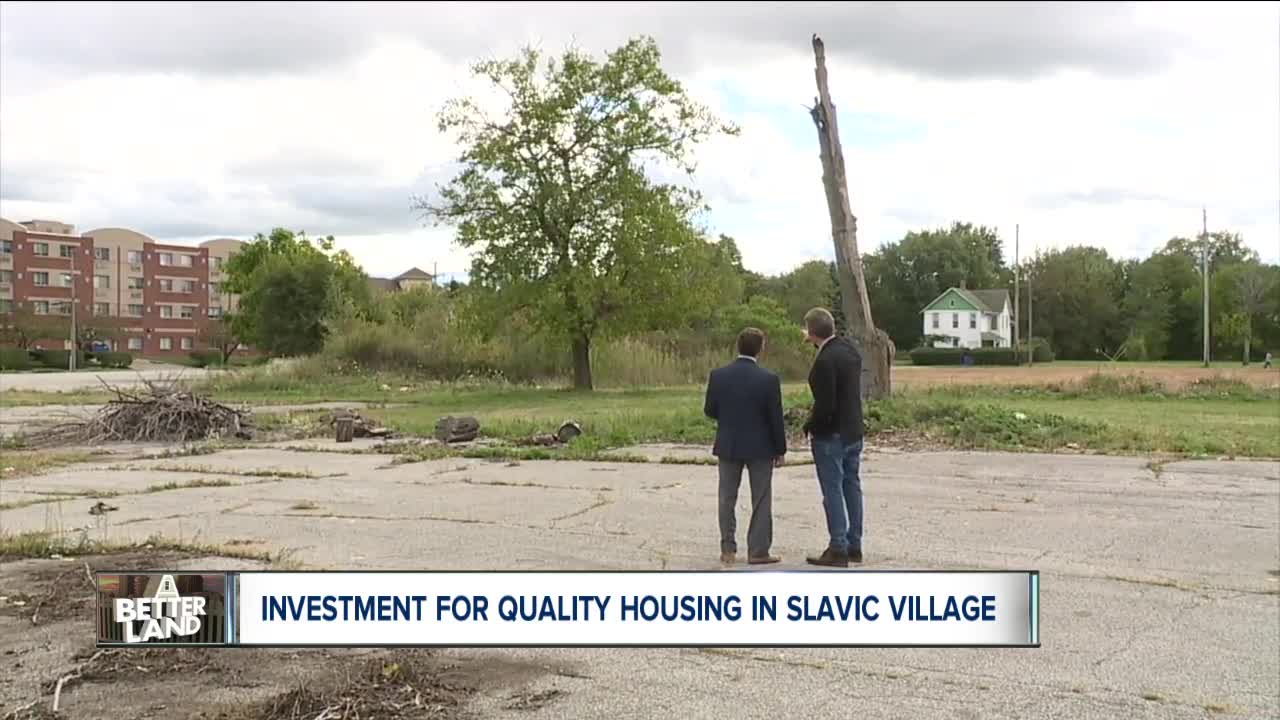 Much needed life-support will soon be springing up from an old hospital site in Cleveland. A major transformation is on tap for the empty city block at the corner of Broadway Avenue and Fowler Avenue in Slavic Village. CLEVELAND — Much needed life-support will soon be springing up from an old hospital site in Cleveland. A major transformation is on tap for the empty city block at the corner of Broadway Avenue and Fowler Avenue in Slavic Village and the $20 million project is expected to be a game changer for a part of town that continues to claw its way back after hitting rock bottom.

Despite all its hardships, Mayia Allen loves the place she calls home.

"Most neighborhoods are not welcoming, but it was very welcoming when I first moved here," Allen said.

University Settlement, a staple in this neighborhood for more than 90 years, will soon begin construction on a new home.

"This space has been empty for a while," Allen said. "It's a great opportunity for the community."

The social service agency helps families overcome poverty. With those they serve in mind, the project will also add new housing—something this neighborhood desperately needs.

"This is one of the most deeply challenged communities in Northeast Ohio and probably the state," Earl Pike said.

Of the 78 apartments and 10 townhouses slated for the four-acres of space, the majority will be geared toward lower-income tenants.

"We have plenty of housing in Cleveland but we don't have a lot of good high-quality housing and that's what we're talking about here is introducing new, high quality stock into a neighborhood that hasn't had much of it over the last several decades," Aaron Pechota said.

University Settlement partnered with Cleveland-based NRP Group, which is the largest developer of affordable housing in the country.

They used low-income housing tax credits from the Ohio Housing Finance Agency to get this project off the ground.

"It's certainly difficult to get this kind of investment in neighborhoods such as ours that are trying to bounce back from some pretty difficult economic and even social blows," said Christopher Alvarado of the Slavic Village Development.

A corner where a hospital previously stood is helping to resuscitate a once vibrant Cleveland community.

"A development that is this big and robust is going to attract other investment in this neighborhood," Pechota said.

After patiently waiting for something like this for years, Allen is ready for construction to begin.

"This is going to help a lot with the struggles, going to bring jobs and more places that's more affordable for residents to live," Allen said.

The University Settlement project will break ground this Spring and the project is expected to take two years.

The developer told News 5 an additional 200 to 300 homes could be added after the first phase is complete.