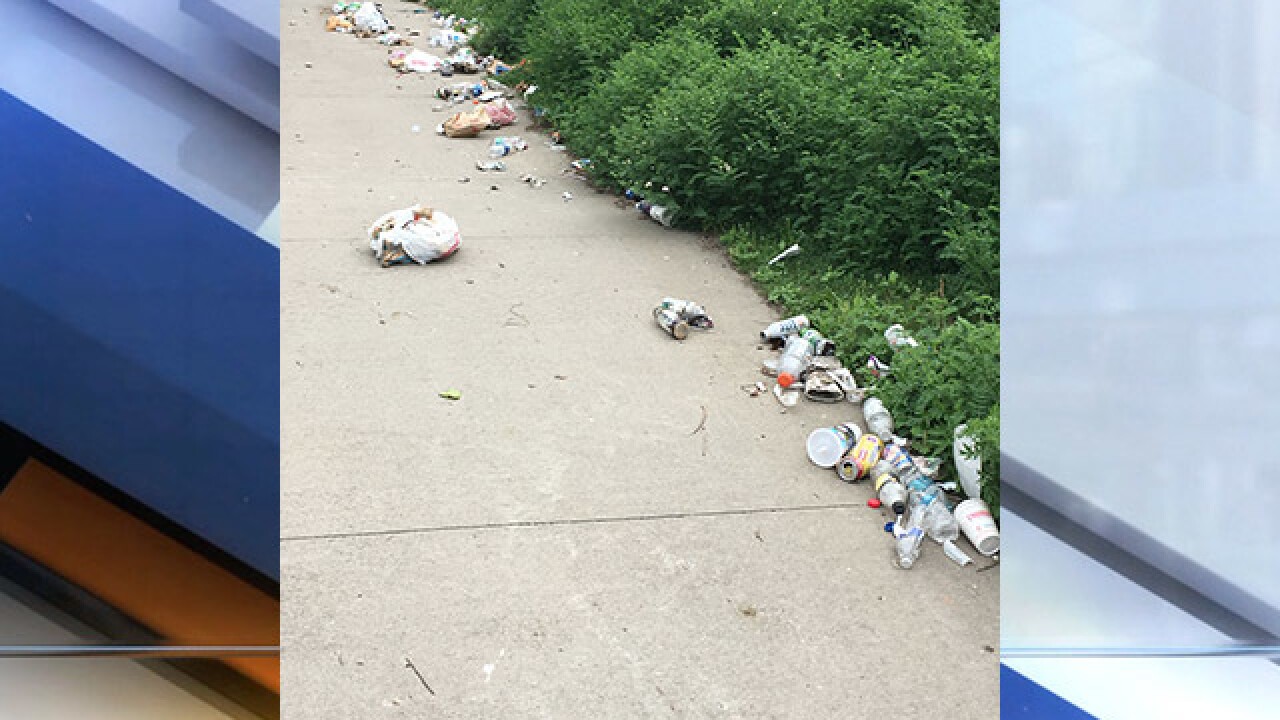 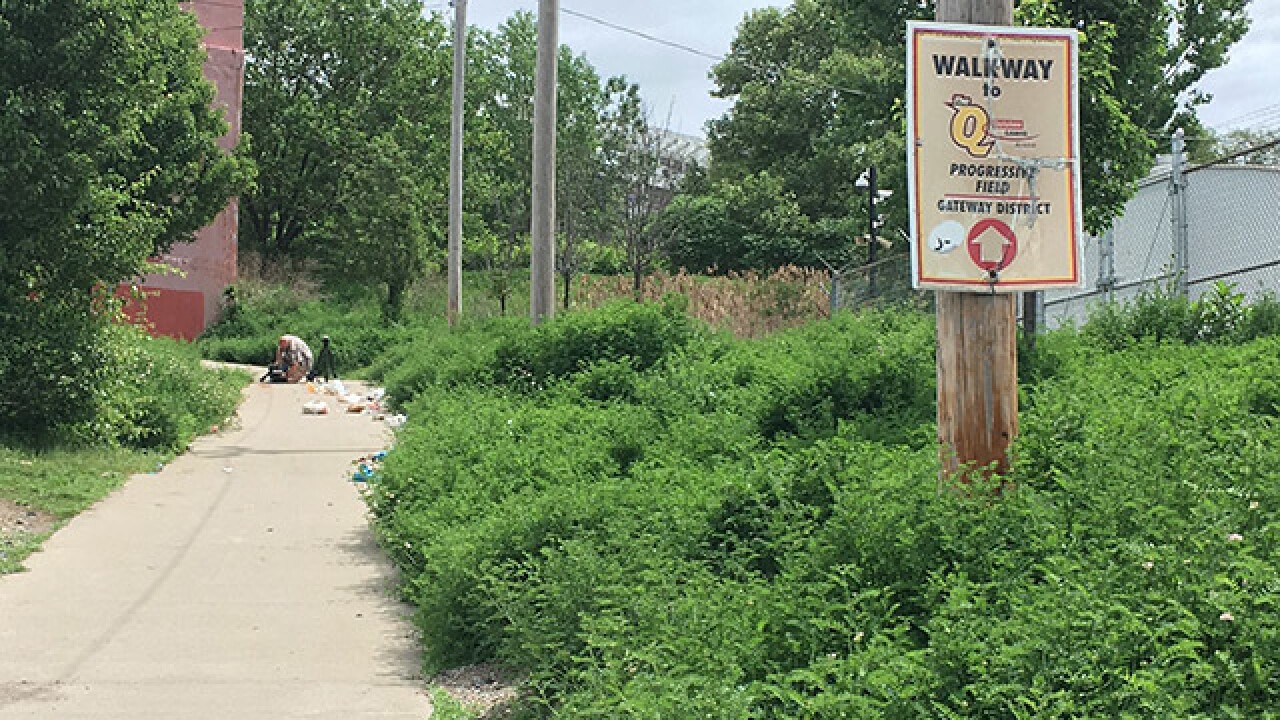 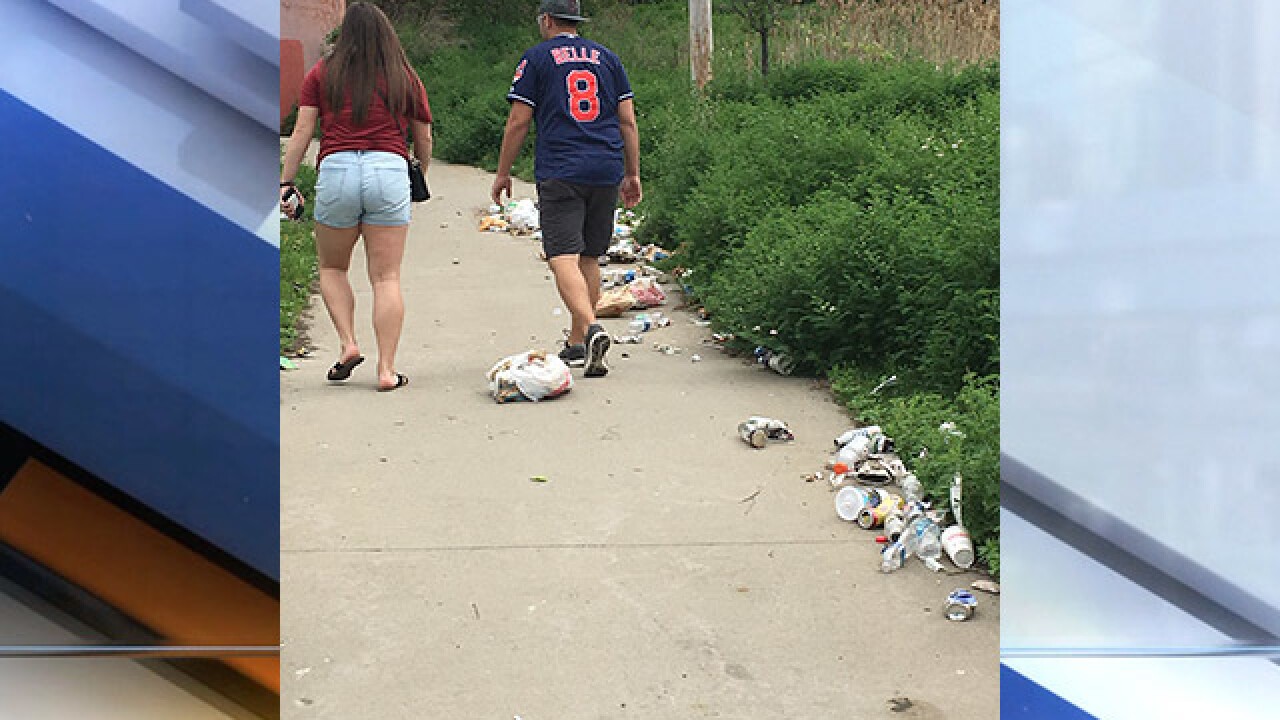 Cleveland sports fans have to trudge through broken glass, rotting trash and weeds standing several feet high to get to The Q and Progressive Field, and they're not happy about it. That's the welcome fans will receive when they come to town for the NBA Finals next week if it doesn't get cleaned up.

"There are people coming from all over the world that are going to be here," said sports fan Tammy Colson. "It's trashy, it's overgrown and it smells. I'm not sure which of those three things is worse."

It's the terrible trifecta Tribe fans like Colson said they have been navigating through to get to Gateway Plaza.

"Terrible. Horrible. It's not being cleaned up. The area is not being maintained," said Indians fan Cheri Tate.

Colson and her husband called out city leaders on Twitter after using the popular walkway that connects the Flats to Gateway Plaza.

"It's a problem for our city. Do we really want to present Cleveland like this?” Colson said.

Fans said they have been enduring these conditions for weeks.

"We've been to four games, and it's like this every time," Debbie Fumic said.

Colson wants to know if the city has a plan to address these important parts of town that she said are getting missed.

"There's got to be someone that it's on their list of things to do," Colson said. "Is there a way to maintain them on a regular basis?"

Cleveland City Councilman Kerry McCormick put in a public works request to get the area cleaned, but nearly 24-hours later it was easy to see it still hadn't been touched.

Colson said this might very well be a case of out-of-sight-out-of-mind, since the path that leads to Ontario Avenue actually sits below both stadiums.

"The ball gets passed around and so it's nobody's real responsibility," Colson said.

Fed-up fans said that's no excuse for having to endure these disgusting and dangerous conditions.