Stand Together Against Trump rally marches across Lorain Carnegie Bridge 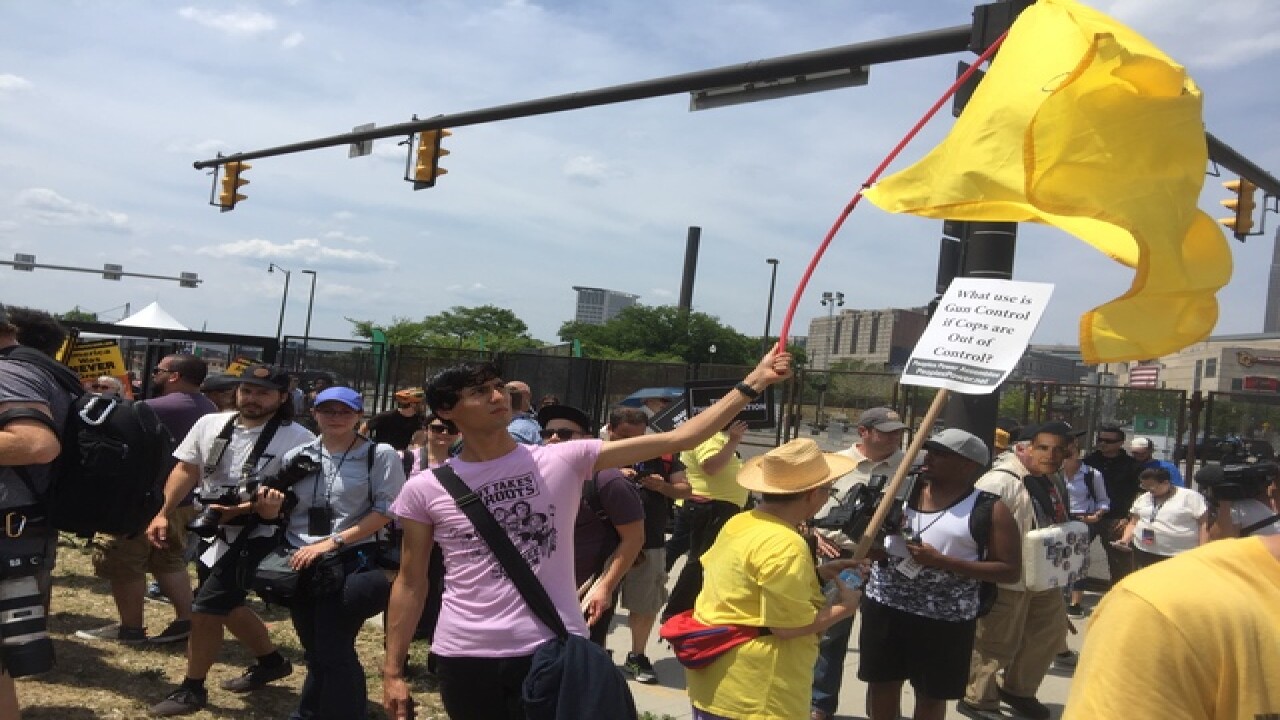 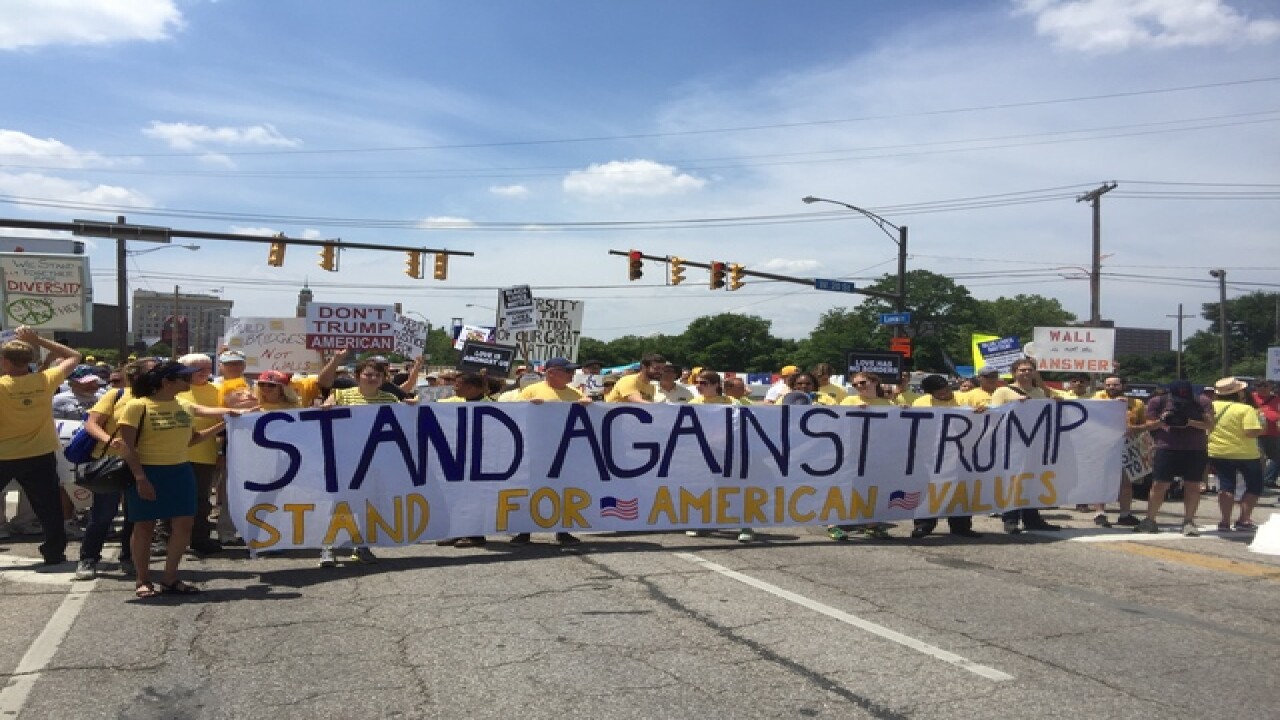 A procession of yellow shirts marched across the Lorain Carnegie Bridge this afternoon.

They held a giant banner with the words, “Stand against Trump, stand for American values,” across it.

“We are all doctors, nurses and medical professionals,” said organizer Christina Stewhower, 31, of Cleveland. Their group is called Love Trumps Hate.

Stewhower explained they were protesting Trump for his, “Negative tone and hateful rhetoric,” particularly towards immigrants, Muslims and minorities.

The group came together to support their immigrant and minority colleagues in the field.

The organization began locally, but has used social media to spread their message. This attracted participation from people in other states.

Andre Stearobin, 40, found the organization googling anti-Tump groups. He traveled from California to protest with the group, saying, “They carry the right message.”

As the march continued a pocket of light purple shirts appeared behind them.

“We are with Grassroots Global Justice,” said Stefany Olivas, 26, of Albuquerque, New Mexico.

This is not the group's only mission. “We are also here to demand justice for the murder of Berta Caceres,” she explained Caceres was a grassroots organizer in Honduras who did work for indigenous people.

Olivas said Grassroots Global Justice believes in their motto that, “It takes roots to change the system.”