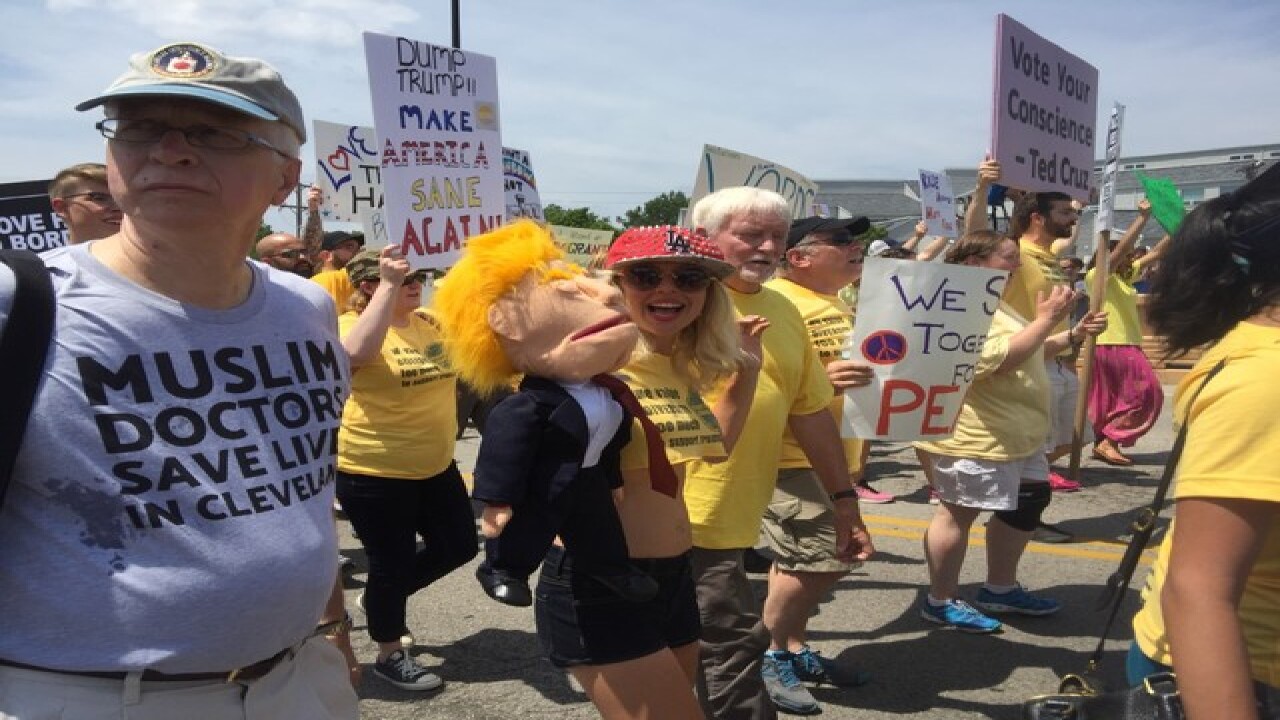 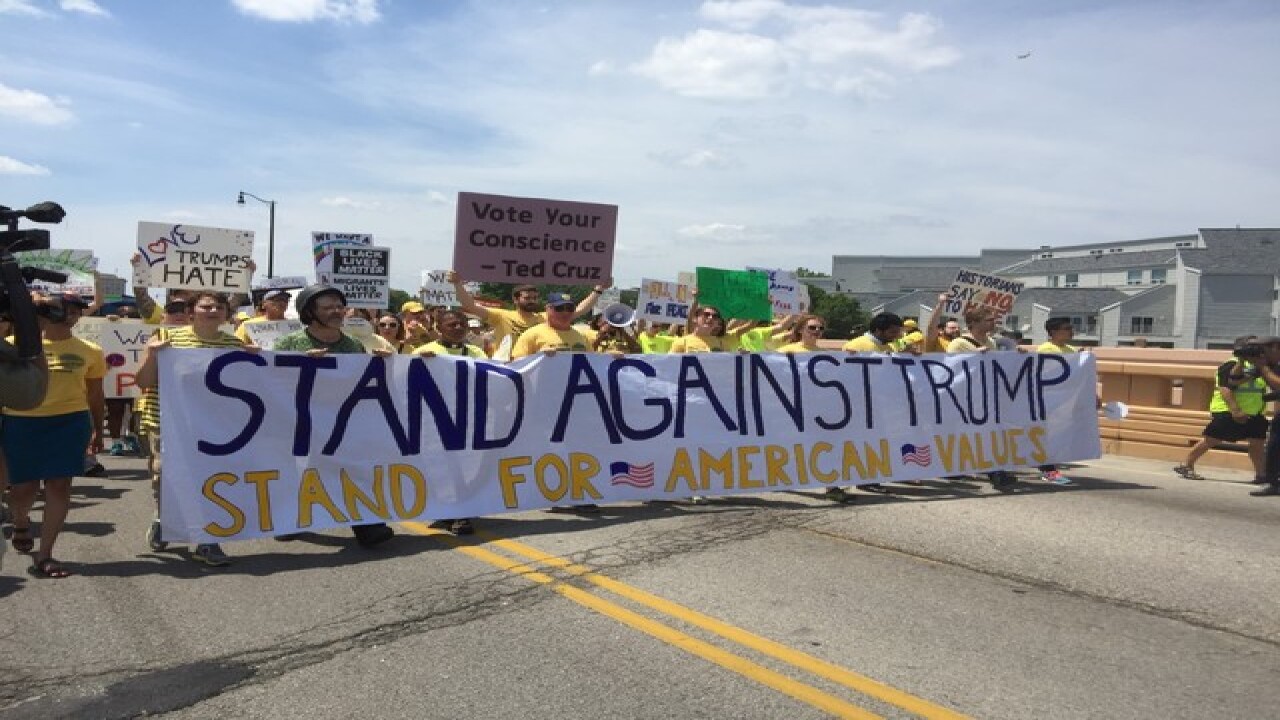 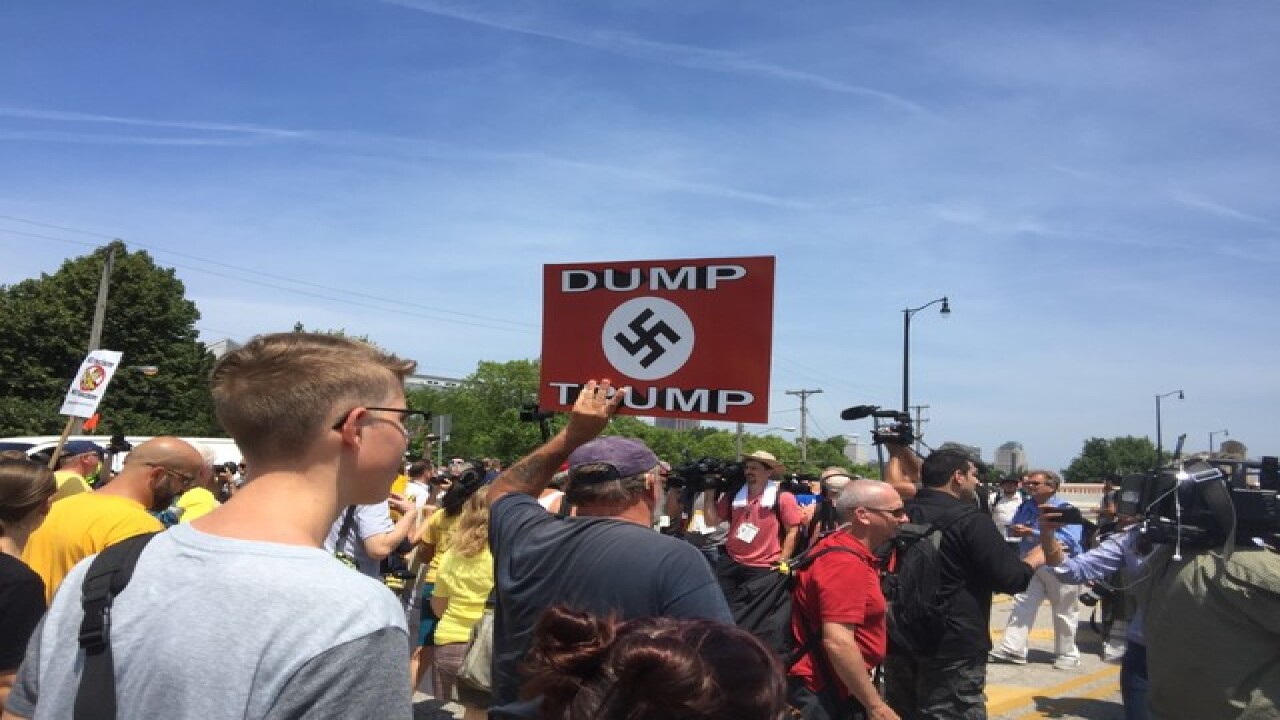 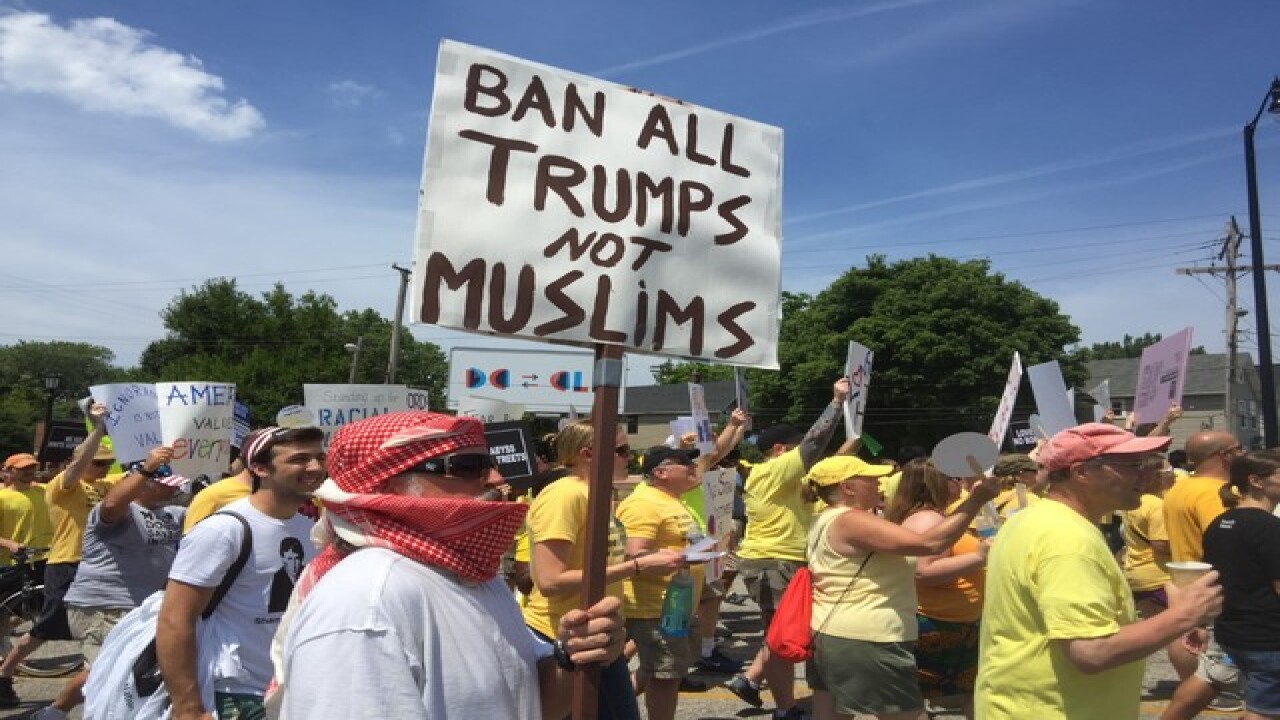 Protesters massed near the intersection of W. 20 street and Lorain Ave to march, rally and shout against the rhetoric Donald Trump has used against Muslims, women, Latinos and others.

According to a post by the organizers, Stand Together Against Trump,  the march is promoting the dignity and equality of each race, religion and gender in our society.

NewsNet5 reporter Tara Molina said this is the first march she's seen all week that has kept to the pre-approved parade route for the RNC.

#RNCinCLE: Stand Together Against Trump march, estimated 5,000 in their permit. A couple hundred here. @WEWS pic.twitter.com/vLRmmCinhH