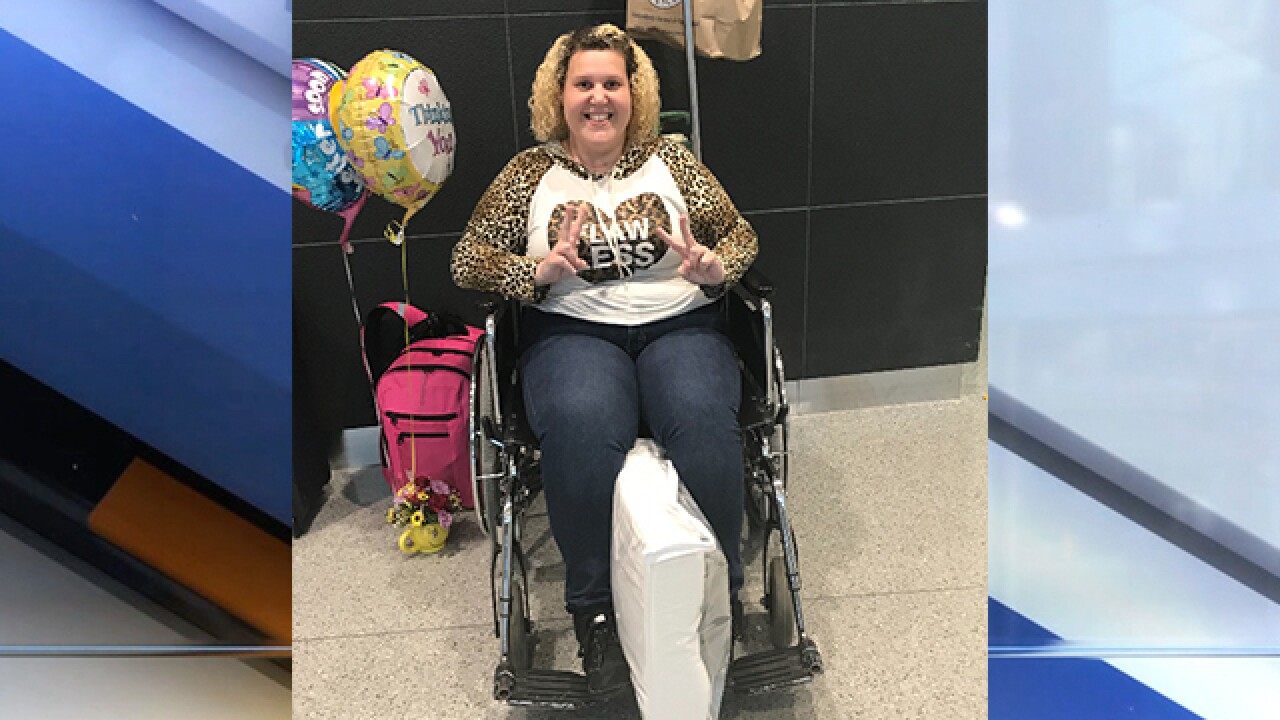 Thousands of sick people in Puerto Rico found themselves in a scary situation after Hurricane Maria. They called 911 because they needed medical assistance, but the ambulance never came.

In a race against the clock, some of them had the chance to get off the island. But, for one woman who escaped, the battle was just beginning.

The kindness of complete strangers is keeping a critically ill Hurricane Maria survivor alive and her journey to Cleveland is revealing life-threatening flaws in the system designed to help sick Puerto Ricans in need of medical care.

Yahaira Vega is a fighter. She was diagnosed with a congenital heart defect when she was three months old. Doctors in Puerto Rico didn't think she'd live to see her teenage years.

She's now 32 and hoping to receive a heart transplant soon.

Getting to this point, however, has been nothing short of a nightmare.

With the world around her turned upside down and in desperate need of a doctor, Yahaira Vega made a public plea on Facebook.

"I have many medical complications," said Vega.

Warrior Angel Rescue heard Vega's cries and on October 5th the organization flew her from Puerto Rico to Miami for treatment.

"Beyond the initial flight, ground transportation, and a 1-2 day stay in a hotel, we did not make any additional offers or promises beyond that. We did attempt to help when she reached out for it, though," said Valerie Edmondson Bolaños, Warrior Angel Rescue.

"When you offer to evacuate someone outside their home, you got to have a plan," said Vega.

But Vega told News 5 there was no plan after landing in Miami other than immediately go to the hospital.

Within days of arriving in the U.S. mainland with no money, family or food, the cancer survivor was quickly discharged from two different facilities.

As for why? Vega was told it’s because she didn't have insurance and they didn't have the specialist she needed.

"So after that, I get to stay in stranger's houses or hotels," said Vega.

Vega told News 5 the rescue group that brought her to Miami basically told her she was on her own. So once again, she turned to social media.

"I was abandoned, I needed medical assistance," said Vega.

Angel Warrior Rescue, which told News 5 prides itself on its transparency, disputes Vega's claims the organization abandoned her.

"At no point, throughout any of this, did we say or even imply any such thing. We had consistently told her that as an adult, she was in charge of herself and her own medical decisions as well. We were there to help connect her with available resources," said Bolaños.

"The level of frustration on both sides got pretty high and they abandoned her. The reason why I decided to help her is because she was alone," said Arbogast.

Arbogast covered the $2,000 cost to get Vega and her caretaker to the Cleveland Clinic, and get them set up in a hotel and provide transportation.

"We never stopped attempting to contact her and check on her, even after she took it upon herself to find a way to Cleveland after declining that option repeatedly, said Bolaños.

"They got the specialist in congenital heart disease in adults," Vega said.

Since arriving in Northeast Ohio, Vega has had two surgeries and multiple procedures.

"I'm very positive about the medical treatment since I got to Cleveland," said Vega.

All of it made possible thanks to the generosity of someone who cared.

"I have been relying on the kindness of strangers, people that really saw my case, really saw I was in need of help," said Vega.

Arbogast told News 5 she is providing much more than financial support.

"I'd like to feel that I have gained a little sister with Yahaira," Arbogast said.

Despite so many setbacks, this is what keeps Vega going.

“Because I know I can get through this. Because if God has me here, it's because I have a purpose," said Vega.

For now, Vega's medications, pacemaker and defibrillator are keeping her alive.

"Because my heart is functioning only 25%," Vega said.

She hopes to get a heart transplant while being treated at the Cleveland Clinic.

Arbogast told News 5 she knows of a significant number of patients, like Vega, who were abandoned, but did not specifically accuse Warrior Angel Rescue.

As for the pair, they hope to meet for the first time here in Cleveland early next year.