The ‘Bridge that Bridges' project returns in response to Charlottesville 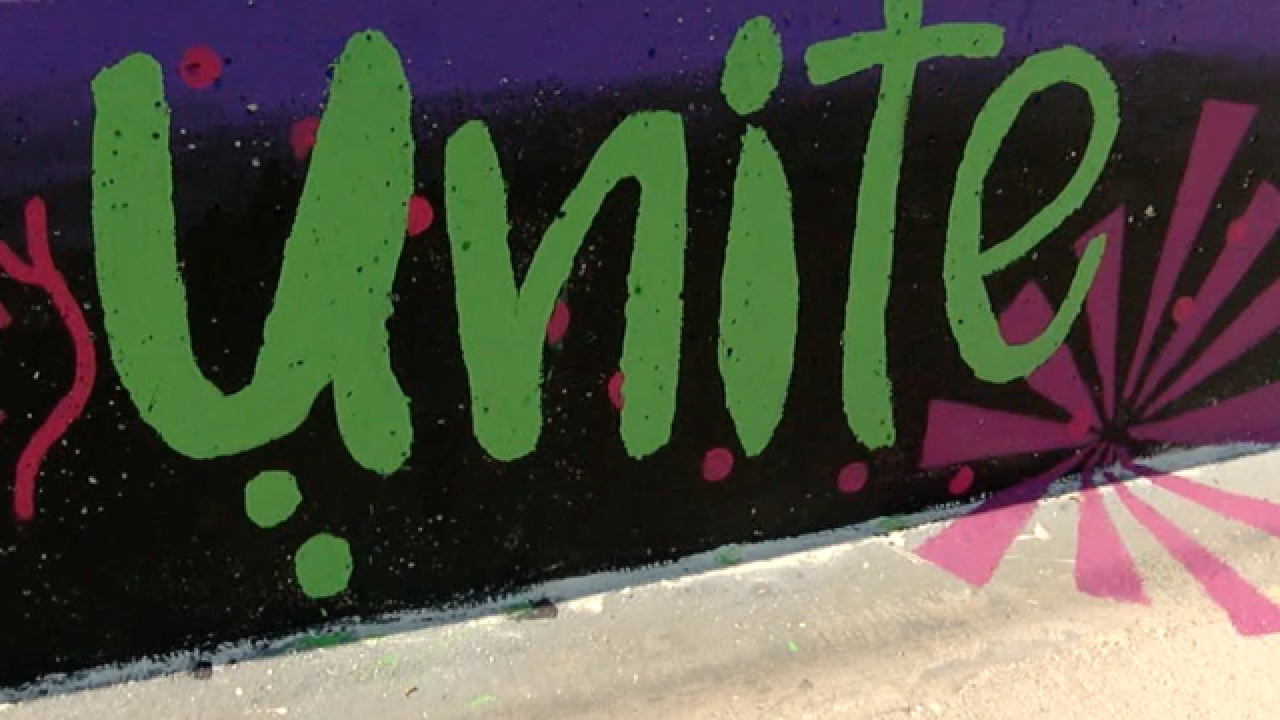 Right above all the weekday hustle, sits a powerful word necessary for change: ‘Unite.’

“It can bring people together, it is hard to be mad or angry, when you're painting," said Gwen Grath, Lead Artist on the project, the ‘Bridge that Bridges,’ last year, the first time the non-profit Neighborhood Connections tried it out.

If you drive by East 22nd Street and Cedar Avenue in the central neighborhood within the next couple of weeks, you’ll see a new version of the project underway, and people with a paint brush in one hand and someone from another race in the other.

“I thought it was really cool, that it was other like-minded individuals like me who care about the issues and want to see a change,” she said.

Both Cannada and Rodriguez met through the group. They admit it was initially nerve wracking to open up and facilitate conversations about race, but are now embracing the growth from it.

And that’s the goal of the whole project, to bring people together, all from different walks of life, discussing race and possible solutions.

The end result is for everyone to get creative, using the bridge on Cedar Avenue as a canvas. The group wants to encourage togetherness, one paint stroke at a time.

“It’s part of that healing and that communication and that exchange that happens that really allows for the conversations around structural racism not to be so painful,” Rodriguez said.

If you want to get involved all you have to do is just walk by the bridge after 6 p.m. next Tuesday, they’ll hand you a brush and, you too, can get creative.