Vandals cause widespread damage to businesses around Cleveland's Playhouse Square 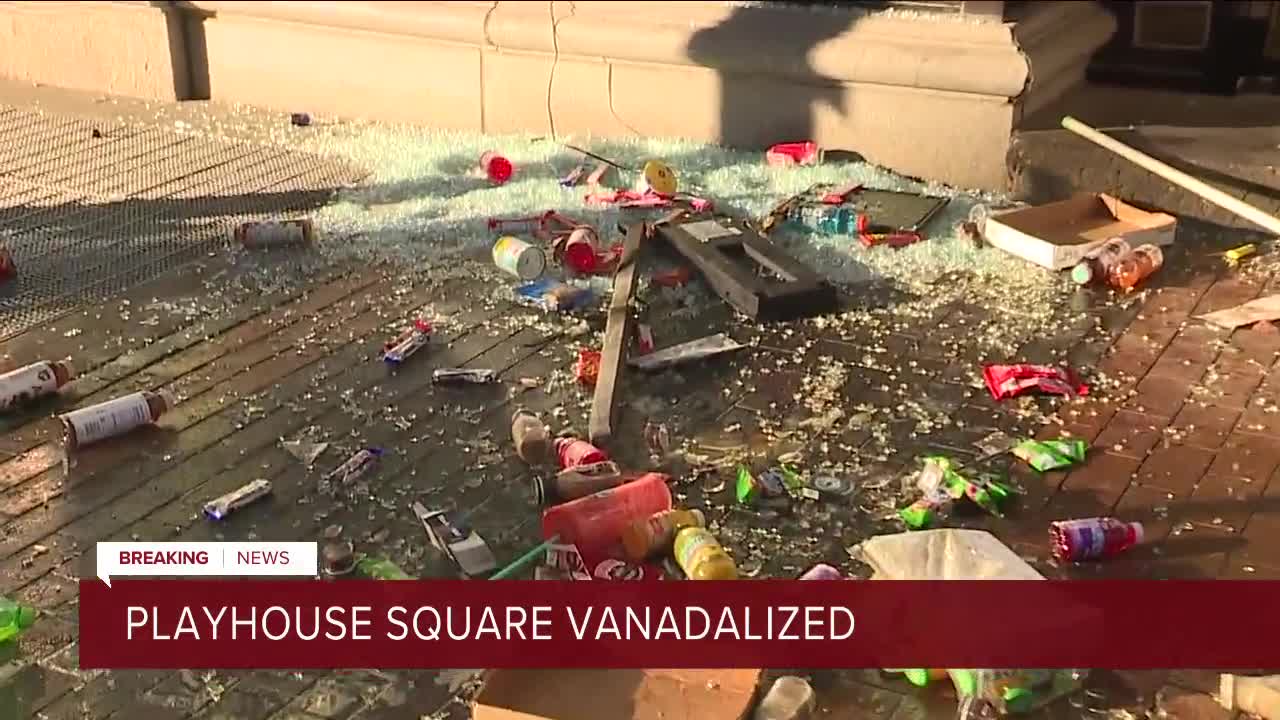 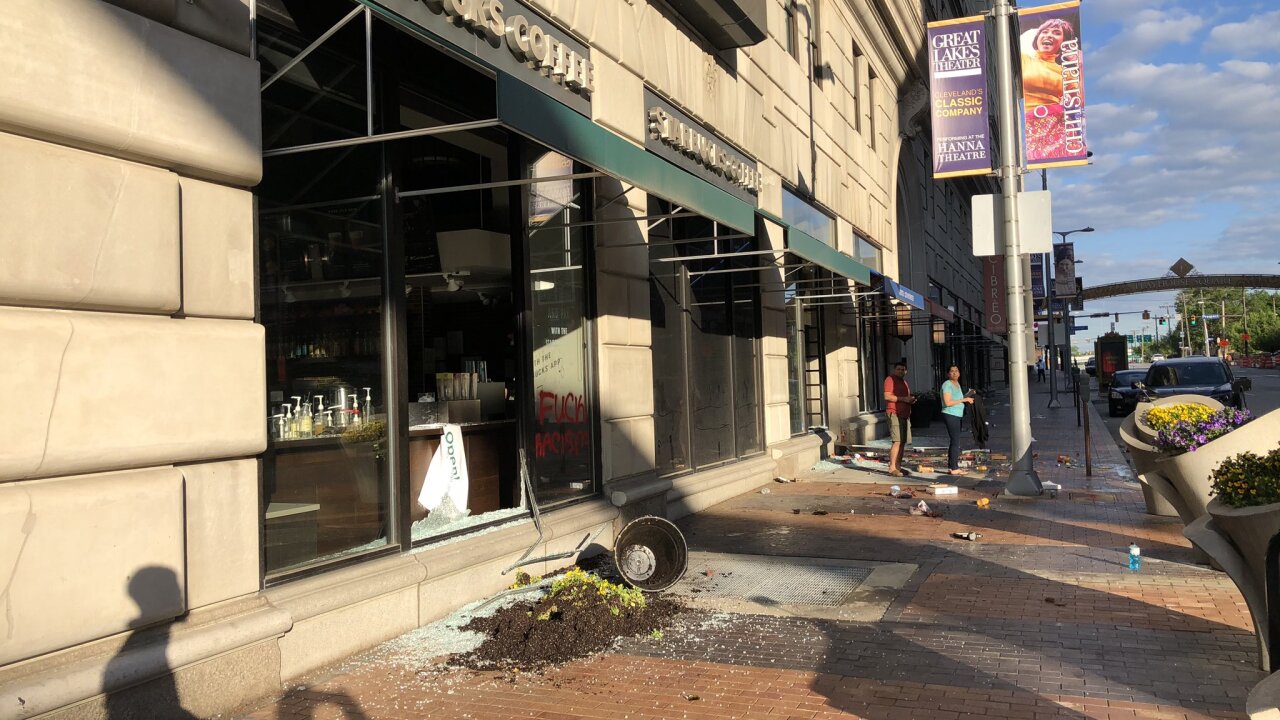 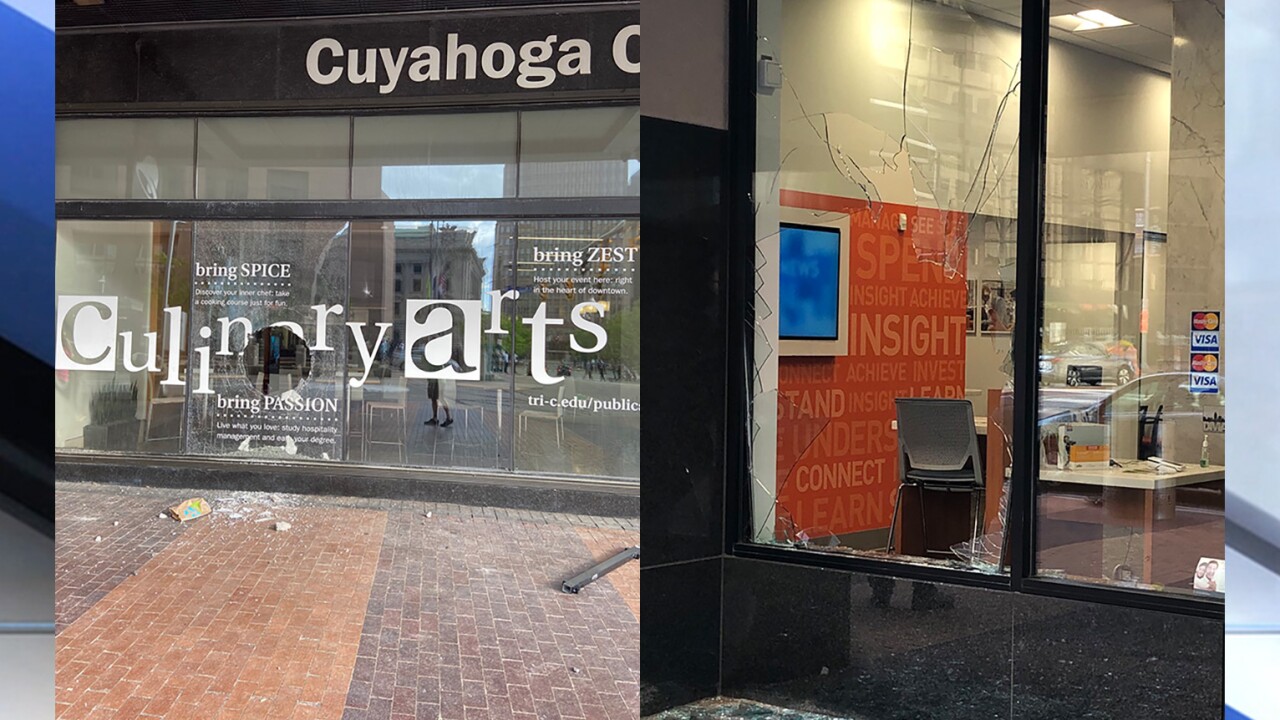 CLEVELAND — Downtown Cleveland storefronts were vandalized Saturday evening after what started off as a peaceful protest for George Floyd, the unarmed black man who died in police custody in Minneapolis, turned destructive as some individuals smashed windows.

Businesses around Cleveland's Playhouse Square were damaged, with windows being shattered and flower planters overturned.

"No police, no cops, nothing else, this is not right," said Nitesh Thakkar, the owner of Hanna Convenience as he surveyed the damage to his store Saturday evening. "It's completely trashed. Everything is gone. They took all my cigarettes, to broke all my things. There's nothing left."

The storefronts of Chipotle, the Cuyahoga County Arts building, Pura Vida and Jimmy Johns were just a few of the businesses in the area with their windows and doors shattered.

"You're destroying your own community," Fruit said. "These are honest people here and they're just getting treated horribly for something they had nothing to do with. You have to ask what the true intentions behind this? What is this going to do for George Floyd or anyone who's unjustly killed by police? It does nothing."

Windows being smashed on Prospect near Playhouse Square in #Cleveland. @WEWS #WEWS pic.twitter.com/gmZNWFoAC1

In response to the protests, several businesses in and around downtown closed their doors until Sunday. All bars and restaurants at The 9, as well as Townhall and Barley House are closed until Sunday.