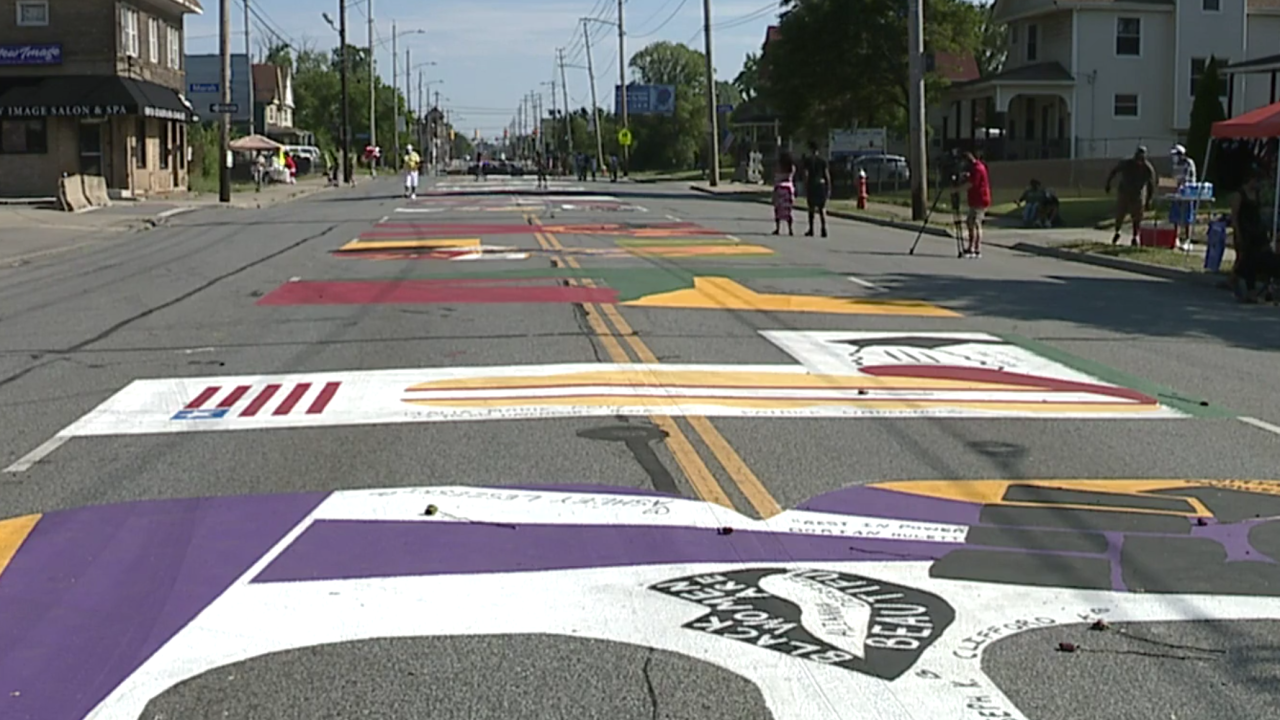 While the United States is having frank conversations about the Black Lives Matter movement, Bibb says the tech industry needs to be more aware of how communities of color are often not included.

CLEVELAND — Cleveland Councilman Blaine Griffin held a celebration for the Black Lives Matter mural on East 93rd Street during the final day of the street closure.

Watch video from the celebration in the player below:

The mural was led by Ricky Smith, a local artist, in response to the protests of police violence and racial injustices across the country.

The mural was defaced and Griffin issued a statement regarding the actions of the vandal.

Nearby residents have taken pictures of a middle-aged African-American male defacing the mural by writing over it with messages not consistent with the unifying message the mural represents.

I am extremely disappointed and outraged that someone is so selfish to push his own agenda -- one that is demeaning to the greater community. This man has no right to disregard the artistic expression created by hundreds of artists and community volunteers.

You do not have the right to make your opinion more important than the rest of us. We will not allow your selfishness and disrespect for this community to be a distraction from this unifying message. It is not about you. It is about the collective community. The “Gravity of this Moment” has caused many of us to use this as a time for introspection and self-reflection about how we can be part of the solution and demand change. This Black Lives Matter mural means a lot to this community and you need to respect that.

The celebration Sunday was one of many activities planned to shine a positive light on East 93rd Street, Griffin said.