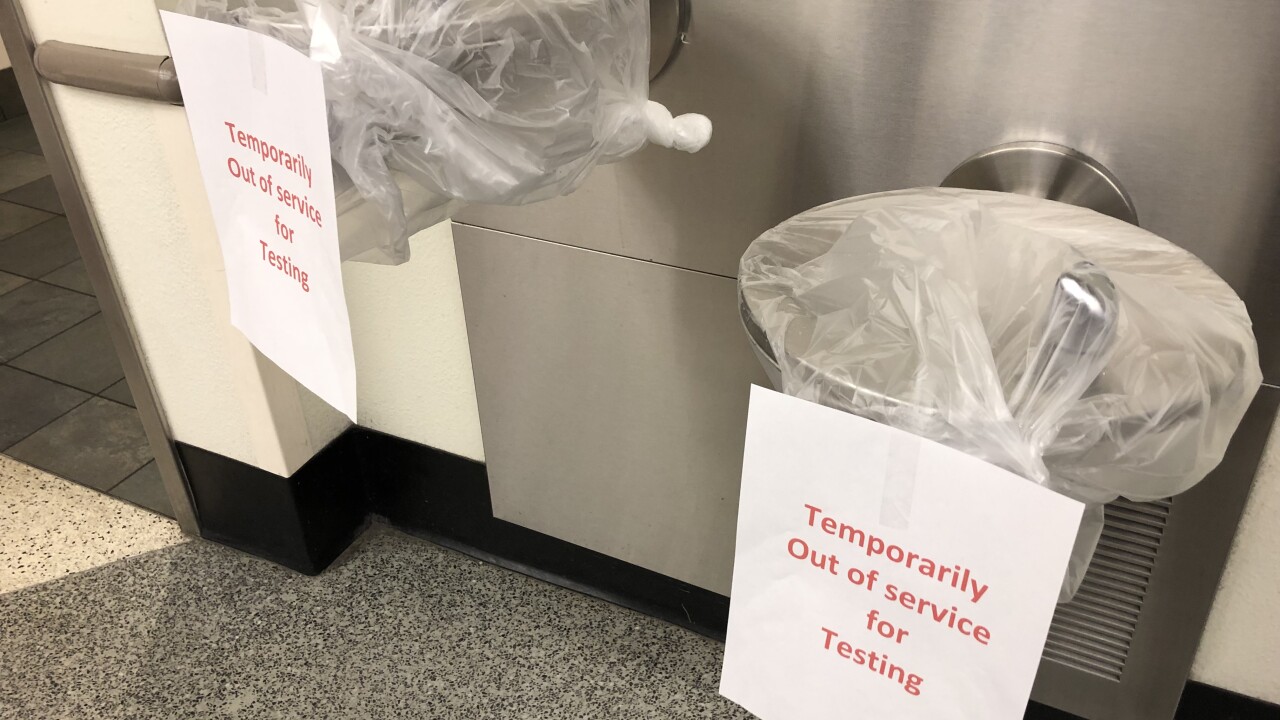 CLEVELAND — The City of Cleveland says the water at the airport is safe to drink.

The city tested the water after six passengers on a Frontier Airlines flight to Tampa Bay reported symptoms of nausea and vomiting.

RELATED: City of Cleveland investigating why 6 passengers got sick on flight from Cleveland to Tampa

"As part of an ongoing investigation, Cleveland Department of Public Health, Cleveland Water and Cleveland Hopkins International Airport (CLE) staff conducted a series of water quality tests outside and inside CLE on January 2, 2019. These tests indicate the waterCleveland Water delivers to the airport and the water distributed from the water fountains sampled inside the airport is safe to drink.

Tests were performed in response to a notification from Frontier Airlines of six passengers who reported illness on a flight from Cleveland to Tampa on New Year’s Day. Results show that the airport’s drinking fountains and water supply met or exceeded the standards set for drinking water and did not contain bacteria or harmful metal levels. The analysis was performed by an independent Ohio EPA-certified laboratory.

Additionally, the Cleveland Division of Water has also performed testing on the external water source in the immediate area of the airport and found no abnormalities. The Cleveland Department of Public Health, Cleveland Water and Cleveland Hopkins International Airport staff continue to work collaboratively to investigate all potential causes, including passenger activities before arriving at the airport.”