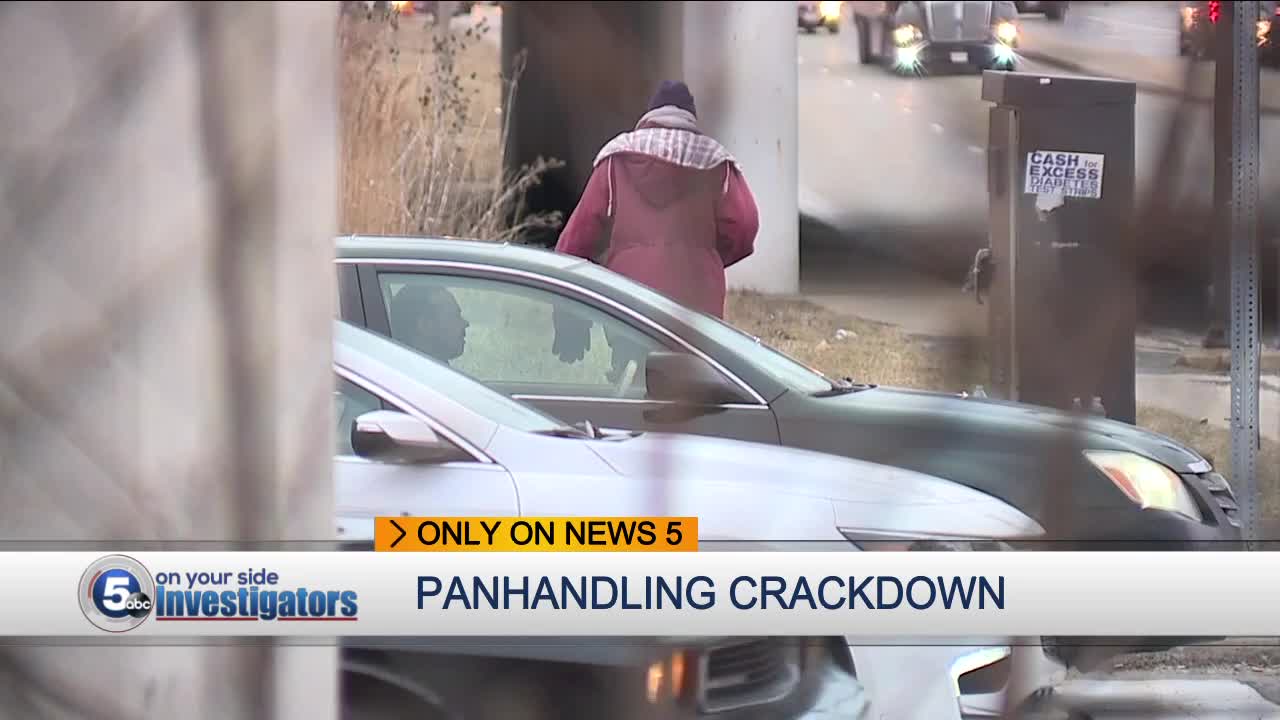 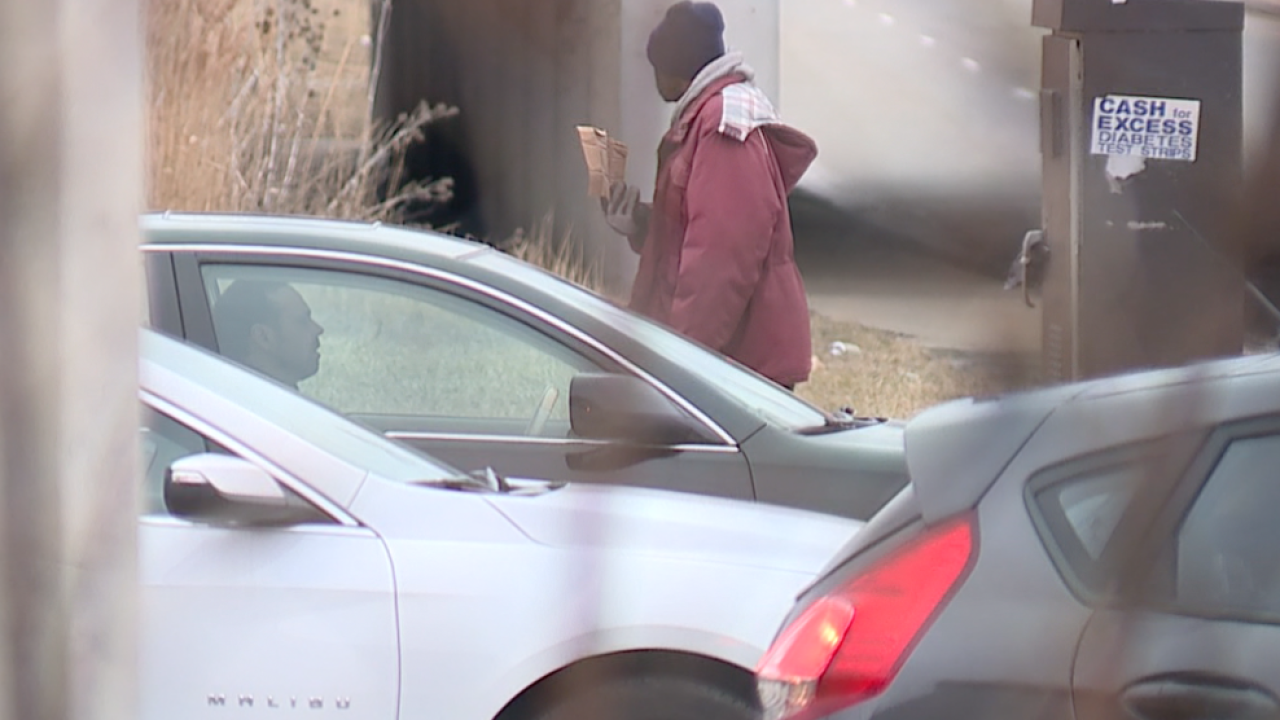 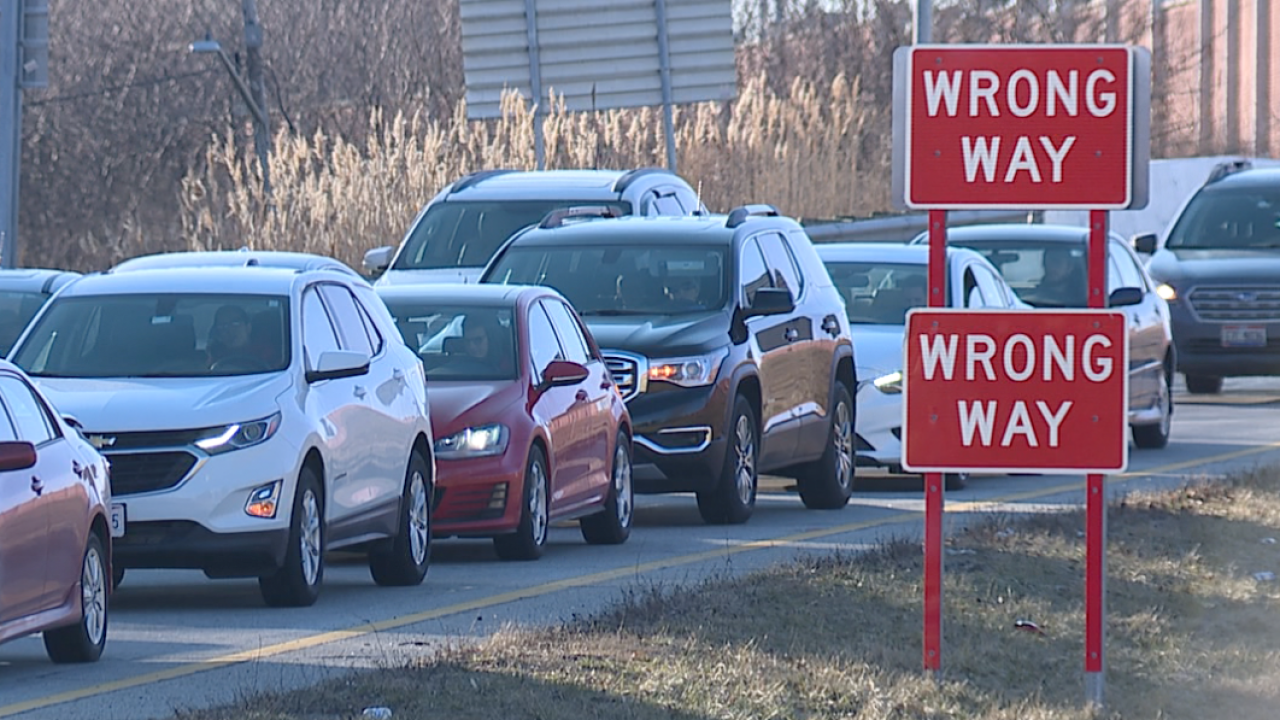 Kazy told News 5 the recent spike in highway ramp panhandling started shortly after Cleveland repealed it's anti-panhandling law in 2017, after the ACLU filed a lawsuit stating the law criminalized poverty.

He told News 5 he understands people have the constitutional right to ask for money, but said it's an issue if panhandlers are breaking the law or are jeopardizing highway safety.

“We’re going to start using enforcement by Cleveland police to get them off of the off ramps and out from underneath the bridges,” Kazy said.

"There’s loitering, there’s impeding the flow of traffic, there’s a couple of creative ways that CPD can go ahead and enforce them.”

He said the contact usually occurs over a two week period and has an 85% success rate in getting new panhandlers off the streets and into supportive housing.

But Kazy said according to police reports, that contact has also revealed that some panhandlers aren't homeless and are taking in up to $500 a day.

“We discovered one man lives in Parma, works at the Jack Casino, and then stands at West 150th and I-71 on his days off collecting cash.”

News 5 talked with several Cleveland motorist about the issue and some of them said they didn't think exit ramp panhandlers are a safety concern.

While other drivers said panhandlers are more of nuisance than a safety problem.

“Some do not want them here. I understand that," one driver said.

"They’re here every day, when I come in the morning, right at the exit here.”

“I just see the guy coming back and forth, and he doesn’t approach a car, unless you call him over to you. I’ve never seen really an issue.”

“I would encourage nobody give them anything,” Kazy said.

Kazy said the city will be working with ODOT this Spring in trimming and cutting down brush and overgrowth, in an effort to further deter highway ramp panhandling.